You are here: Home / Lifestyle / KERF Is A Teenager! 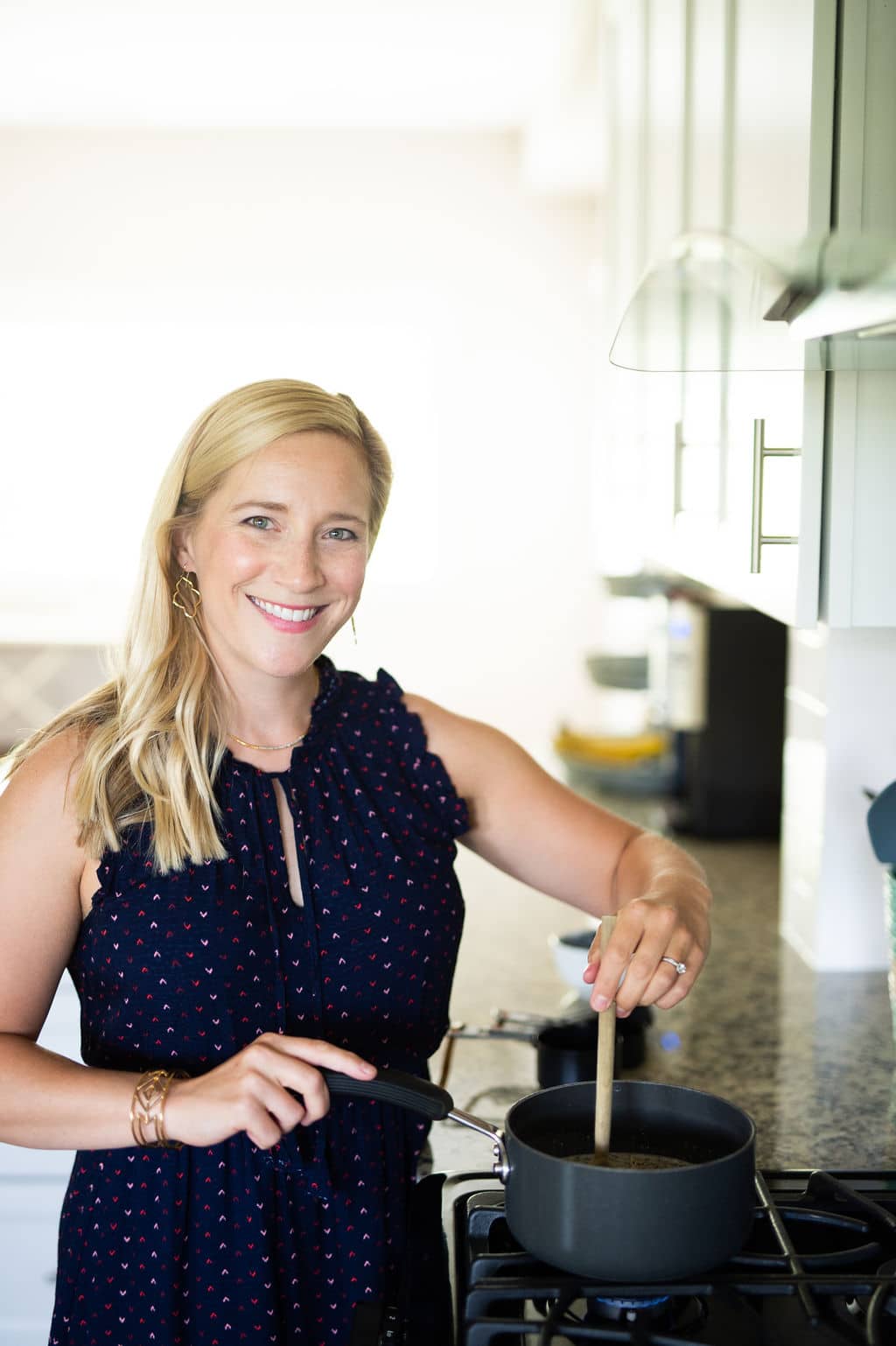 Happy birthday Kath Eats Real Food a.k.a Sweat Eat Sleep Repeat ( lol ) a.k.a. KERF! This blog turned 13 years old over the weekend. I have to be one of the the longest running blogs out there (although I was definitely not the first or the coolest!) Thirteen years is almost 1/3 of my life I have shared online. I can barely remember the KERF early years, but at the same time it feels like it went by in a flash. 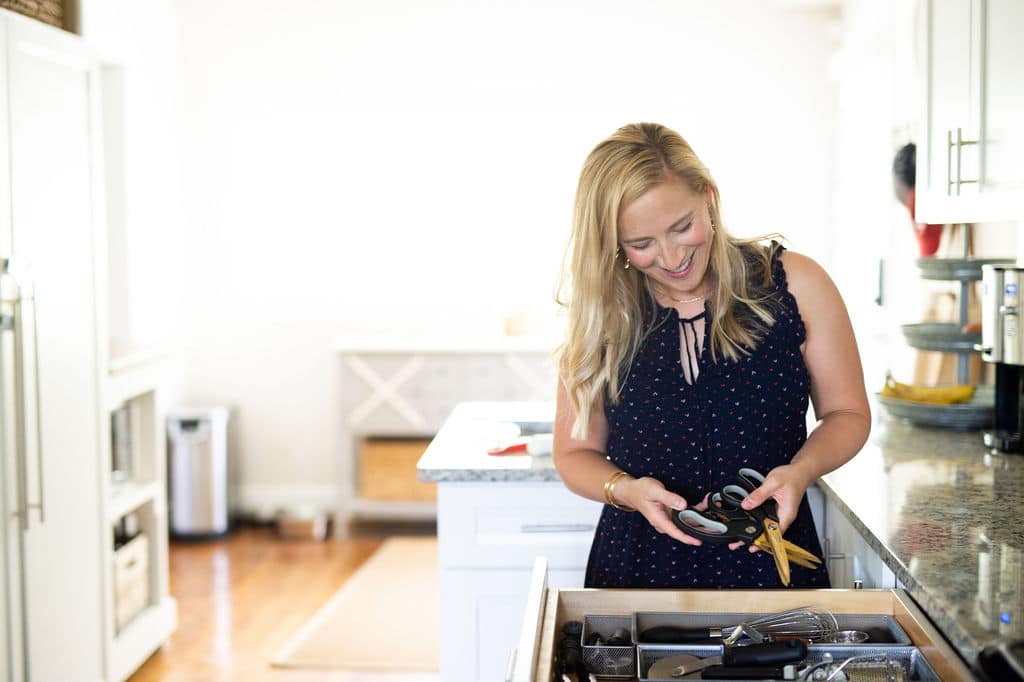 I love to look back on old designs and how this site has evolved. I’ve certainly gone through a lot of design changes! Most of them my own creation while Googling things like “how do you change the color of a widget header?” In a lot of ways, blogging has gotten SO much easier thanks to new tools and apps to make site management more user friendly. Back in the day there were no great tools for photo editing, cell phone photos were small and blurry, and….what on earth did we do before there was Canva!?! But then again, all we had to do was write posts. There was no Instagram or Pinterest or Yoast and focus was lasered in on writing relatable posts. 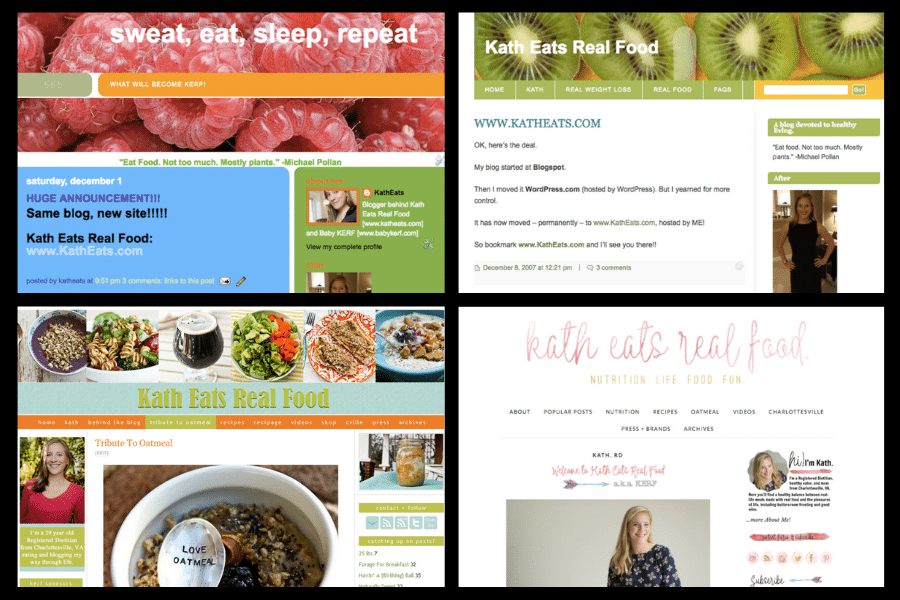 I look back on the years of this blog each with a particular theme. (See a bunch of old post highlights here.)

A diary, a hobby, “just for fun.” Blurry pictures. Blog posts written from my office computer at lunch while I worked a PR job I didn’t love. I took my first nutrition class at Queens University that fall and knew I wanted to be a part of the wellness industry – I just didn’t exactly know how!

I went back to school in January 2008 and my coursework was heavy in chemistry. Chem was not fun, but I was so pumped to be out of corporate America I didn’t care! I also attended full-time summer school that year and was pretty much in class from 8am to 8pm everyday. It was a bit cray!

KERF was bringing in a decent income, I had gotten side gigs and some paid sponsorships, and the Healthy Living Summit was born. This was probably my favorite year of blogging because there was so much wonderful community in the healthy living blog world. I also won Best Food Blog at the Foodbuzz Conference and am still humbled that I was ever cool enough to win such an award.

This is not a year I would want to re-live! The first half was my dietetic internship, which was 1,000% intense, especially juggling all that was going on behind the scenes, like opening a Great Harvest, selling our house, and moving to Cville. I passed the RD exam that summer and we moved to Charlottesville in July! The second half of the year we settled into our rental Craftsman in Cville and had so much fun exploring our new city.

Our Great Harvest Bakery opened in June, and we spent the year focusing on making that a success. We went to Montana for training, bit our nails through the construction process, and attended tons of sampling events around town. That fall we bought another house, managed a staff, and held pumpkin beer parties.

I was pregnant this whole year and Mazen was born in September!! This was also my last year blogging three times a day. Sometimes I miss that style and sometimes I am really glad I can work ahead. I do miss the simplicity of only having one thing on my to-do list each day (blog) vs. now I have 100 things I need/want to do

Fun fact: I made the most money through advertising this year!

This year feels like a bit of a blur to me (which is funny because I could see every detail if I went to read my own archives!) Mazen was an active toddler and I remember hanging with friends and their kids in the mornings and working during Mazen’s nap every afternoon. I remember being envious of my friends who got to nap themselves or work on dinner during their kids’ naps while I was going 1,000 miles an hour trying to fit things into an unpredictable 2-3 hours, including writing Baby KERF! I switched to writing about topics instead of daily life and started getting more fun sponsored post opportunities.

We moved into our current house, Mazen started preschool at 2, and Great Harvest struggled because of the bypass they built in the bakery’s front yard. I went on some cool trips!

That’s actually what my friends call it

I partied a little too hard and had a really fun summer. I was also in great shape and playing year round soccer again. Mazen was old enough to do fun kid activities together. Home life shifted, and Matt and I decided to part ways.

I grew into a new version of myself this year. I wanted to move to an island or rent a flat in France for the summer. The world was at my fingertips, and Mazen and I would tackle it together. Just when I convinced myself I would be happy just the two of us forever, I met Thomas. I struggled balancing between public and private on the blog and often felt confused about what I wanted to write about. I visited the White House with Michelle Obama!

Thomas and I were ready to get married. Our wedding was in October, so this year was all about loooove. We took some fun getaways together. I had a ton of collaborations with brands (had my TV debut) and did a lot of traveling for both work and fun (like our honeymoon!) Fun fact: This was my most profitable year!

I was pregnant most of this year and Birch was born in October. We spent the year getting ready for his arrival. Mazen started kindergarten and I did a lot of different side projects.

With Birch at home as an infant, I had to figure out the best way to balance life as a mom and also keep with the blogging pace I had been on for years. I struggled at times because I wanted to do both at once but often felt like I was failing both my family and my business. This was also the year of Beautycounter, where a side hustle turned into my favorite piece of the pie to work on. Being a part of a larger company and having clients to serve was such an unexpected surprise and something I never thought I would love. I went to Ojai in October (my first time away from Birch).

Not just because of the pandemic, but because I have done a lot of polishing to my site and focusing on quality over quantity. I’ve also been working to figure out how to scale and focus in on the parts of being a solopreneur I like the best. We will see where that takes me!

Thank you to all of you who have been reading this blog for so many years. You are truly my best friends, and I wish I could hug each one of you in person!!

Whipped Banana Oatmeal with Peanut Butter For All! 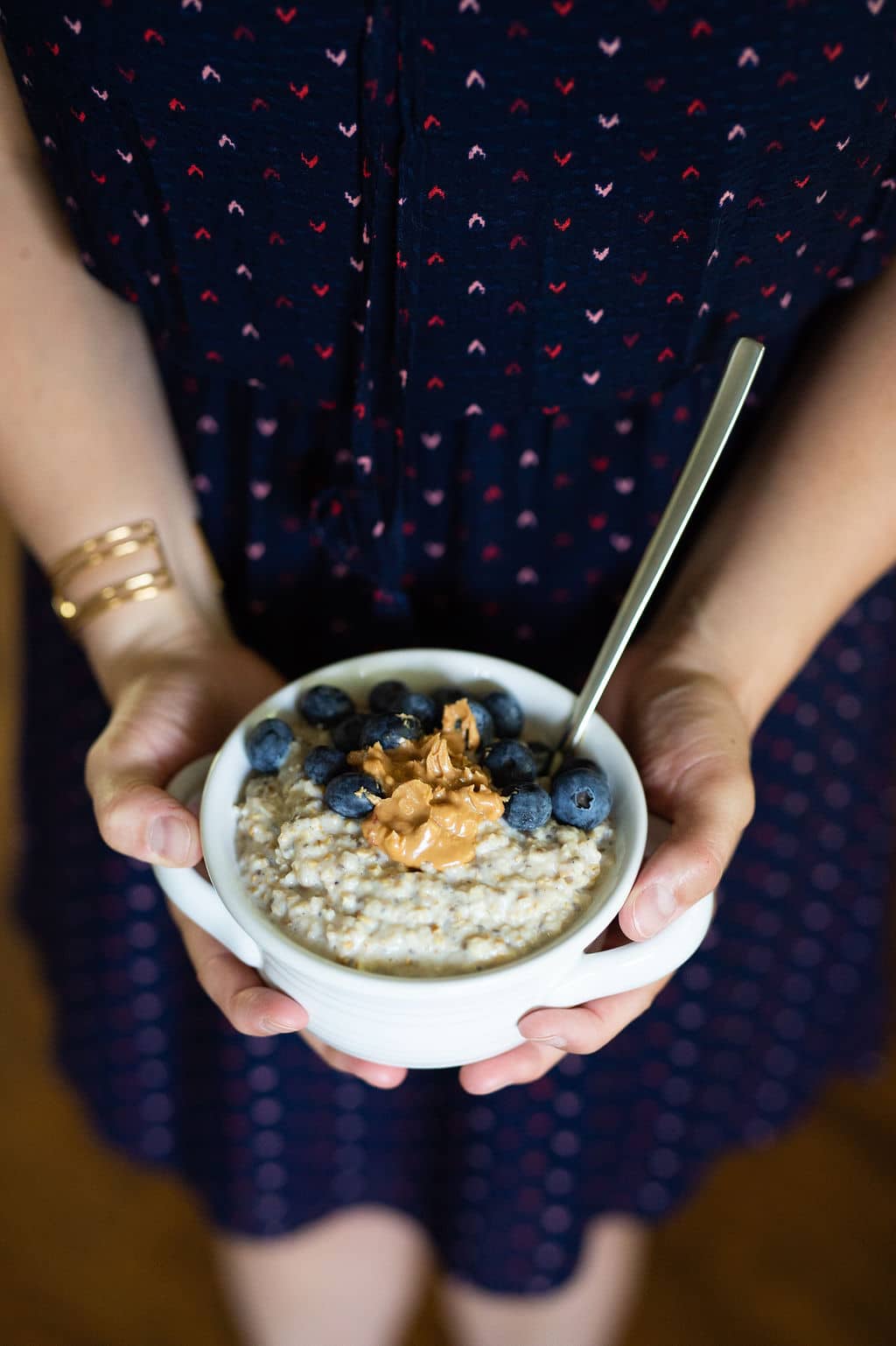