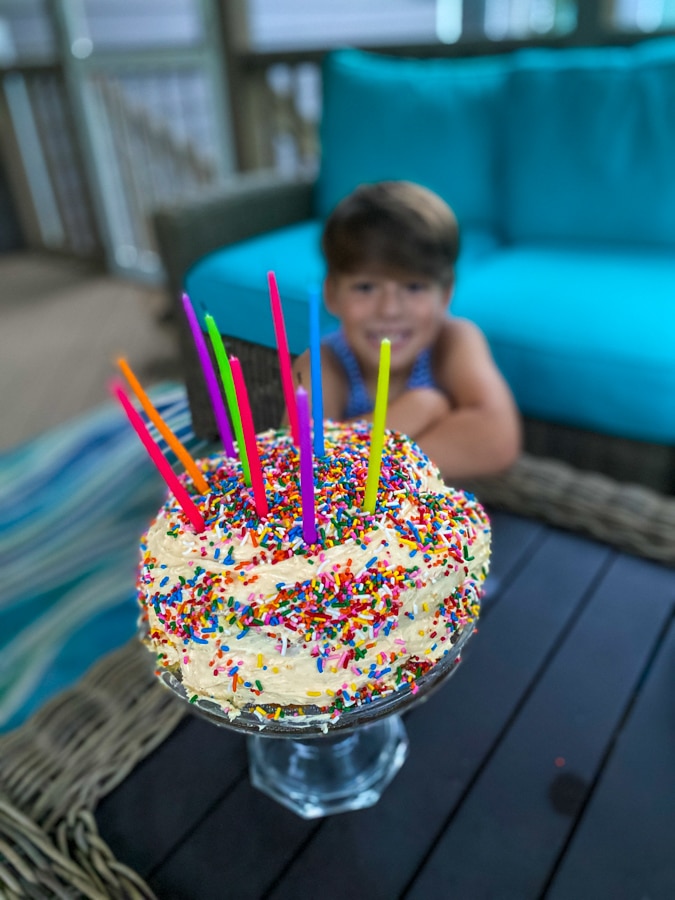 A Trip To The Grandparents

Because Mazen’s school has a delayed start (and even then they’re 100% virtual), Grammie and Pea had him down for a half week at their house. I drove him down last weekend to drop him off and spend the night. (It was kind of like a vacation to only have one nearly-8-year old!)

Grammie made her famous tacos – the ones she made weekly when I was growing up! That is Greek yogurt all over the top. I need to change the kind I’ve been buying (Whole Foods brand) because this was another store brand (I think Walmart, actually) and it was SO smooth I thought it was sour cream! What’s your favorite plain greek yogurt brand? 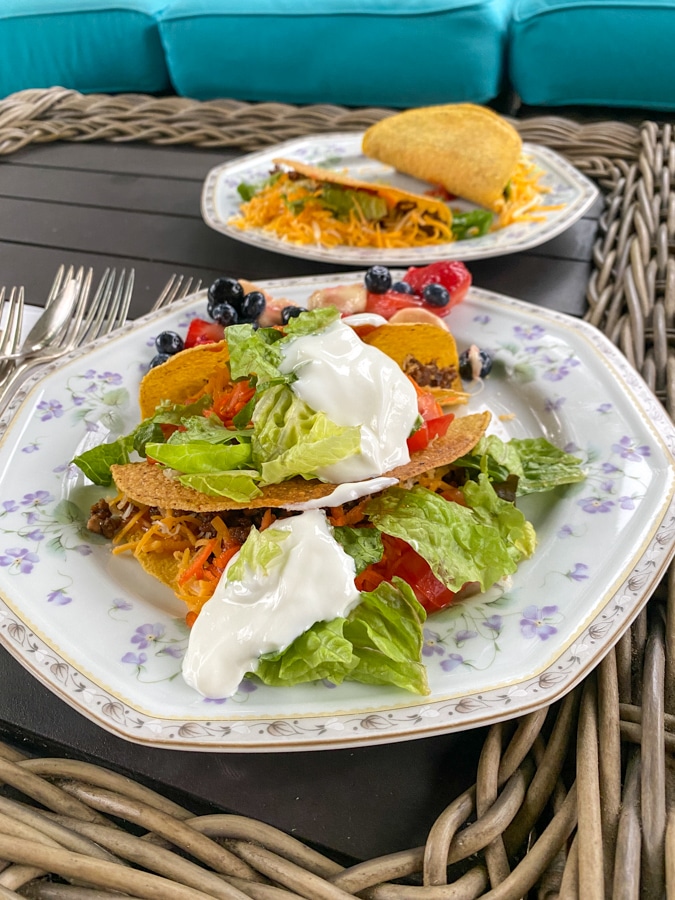 We shared this amazing red blend from Hook + Ladder Winery, which was founded by a firefighter. It was a very sad coincidence given the fires that have been burning in California this week. I hope every one of you is safe. (It was also sadly ironic that we watched the wild fire episode of The Affair last week.) This was one of the best reds I’ve had all year – I love everything that comes out of the Russian River Valley. 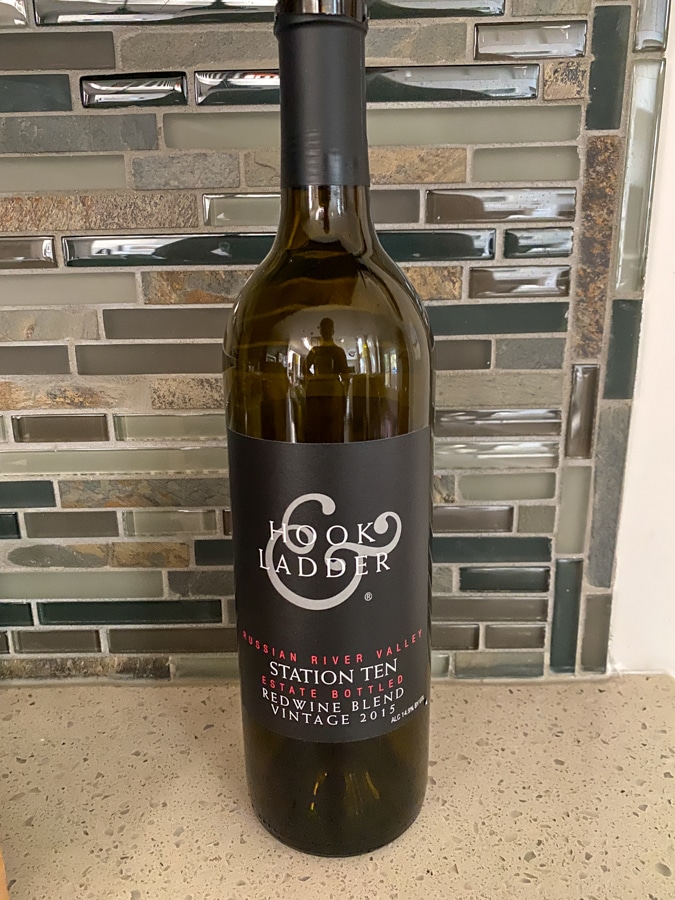 My parents won’t be coming back up for Mazen’s birthday this year, so they celebrated early! Mom made this cake – including the frosting – and it was incredible. 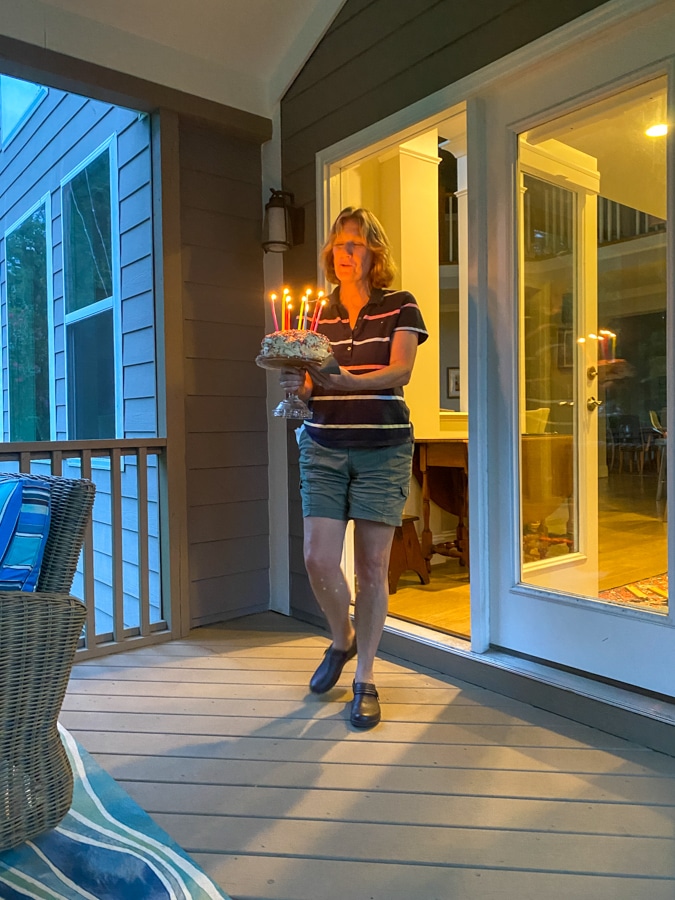 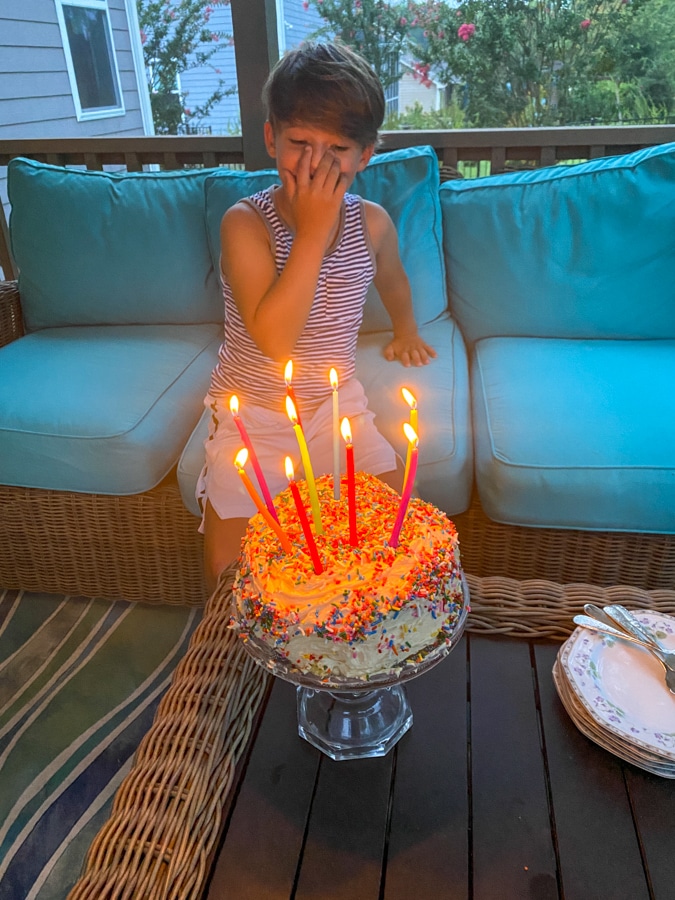 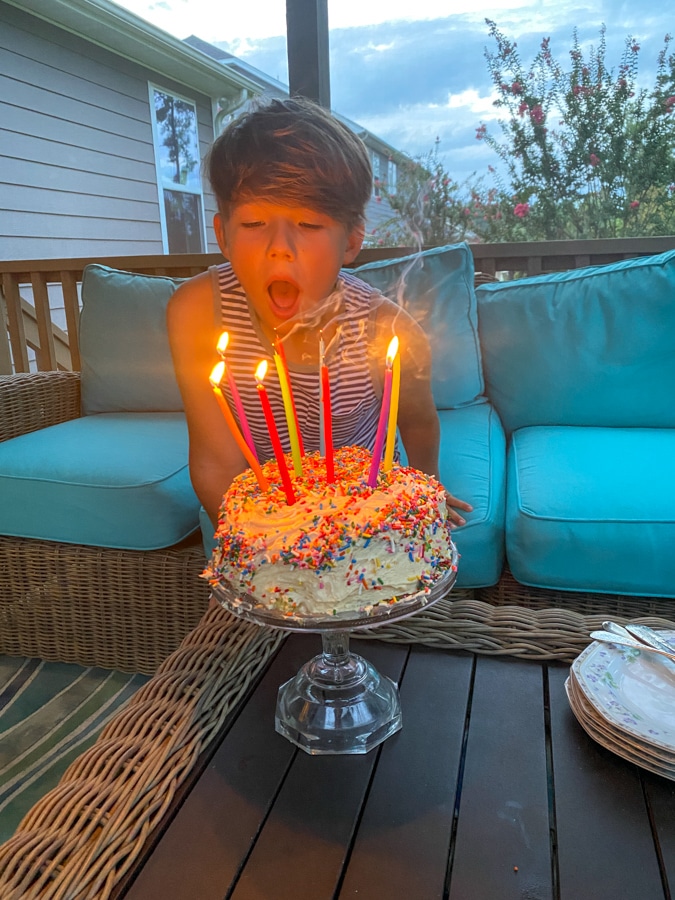 My BFF from high school, Becca, just happened to be in town staying at her parents’ house 2 blocks away, so we met for a coffee walk in the morning. 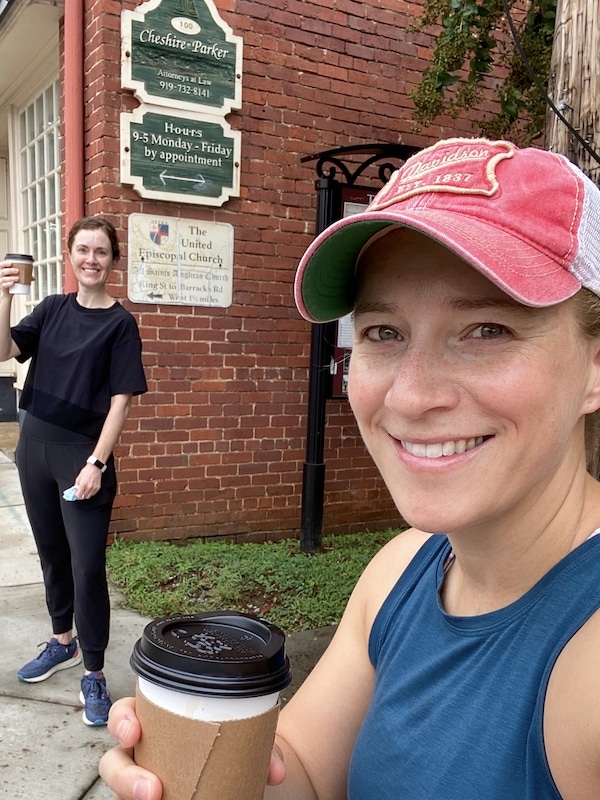 We walked all around the streets of Hillsborough catching up! Shout out to our classmates : ) 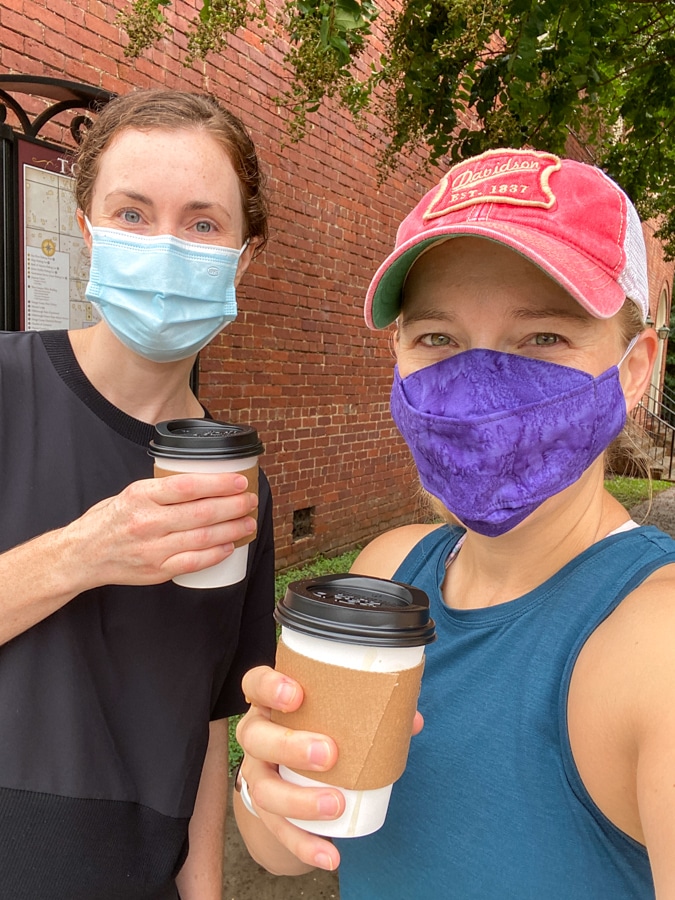 Hillsborough is so cool now!!

I need to go back and stay longer – maybe a week next summer with the boys! 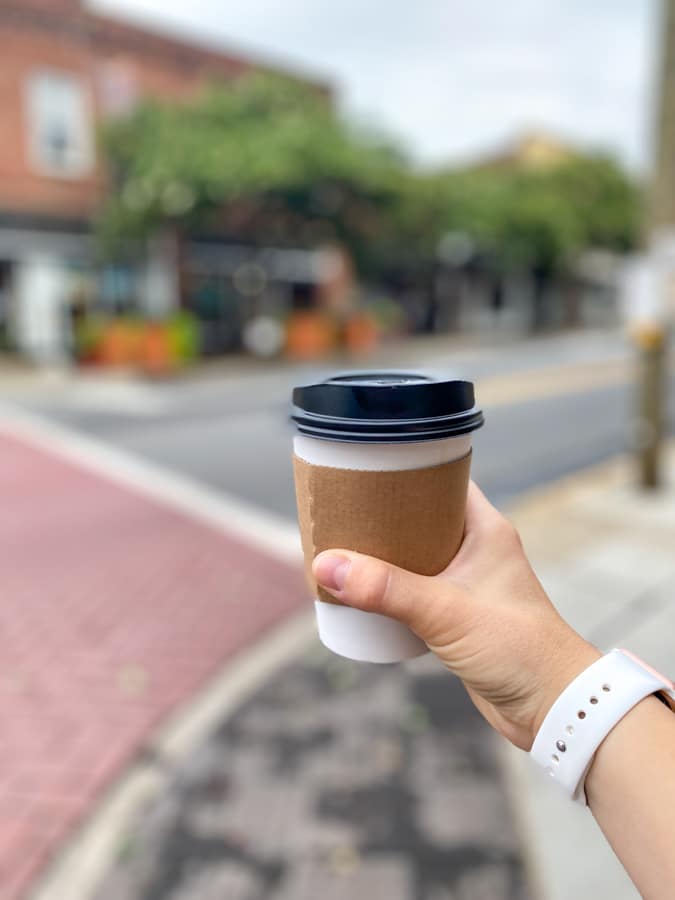 Mazen had a great time at Grammie + Pea’s after I left! They camped in the backyard (well, Pea and Mazen did!), went to Few’s Ford on the Eno River, and watched the Flipper movies. 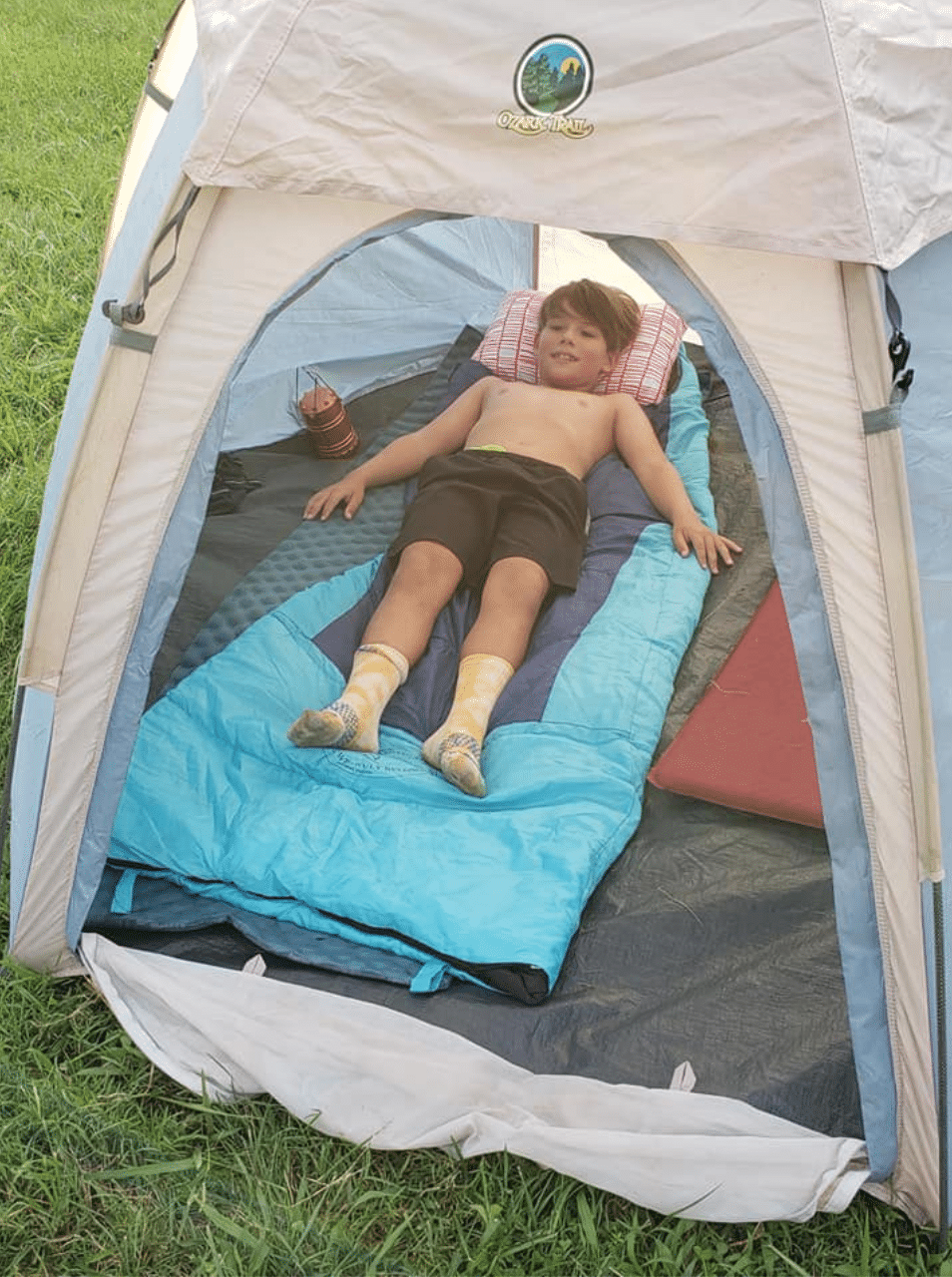 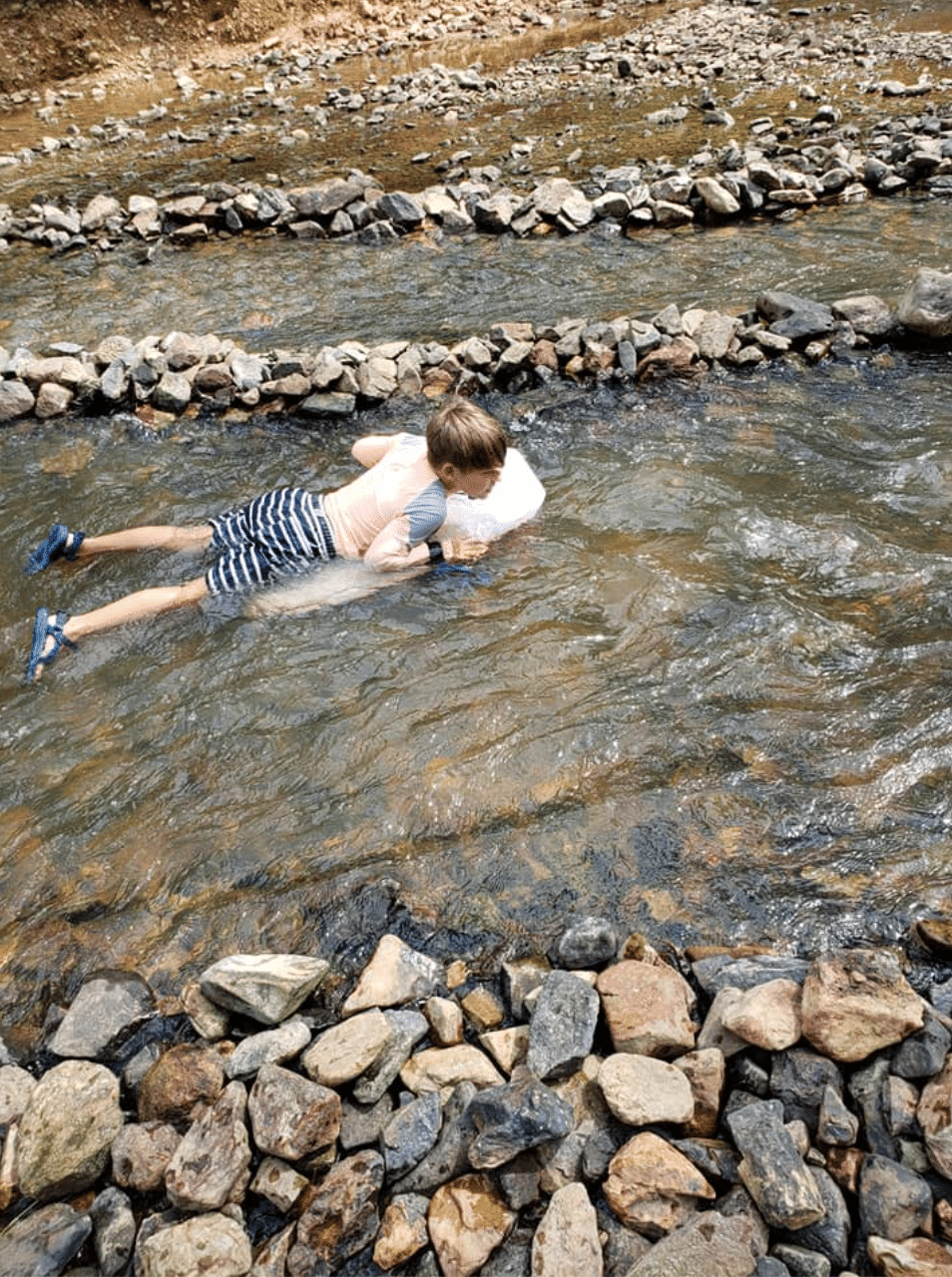 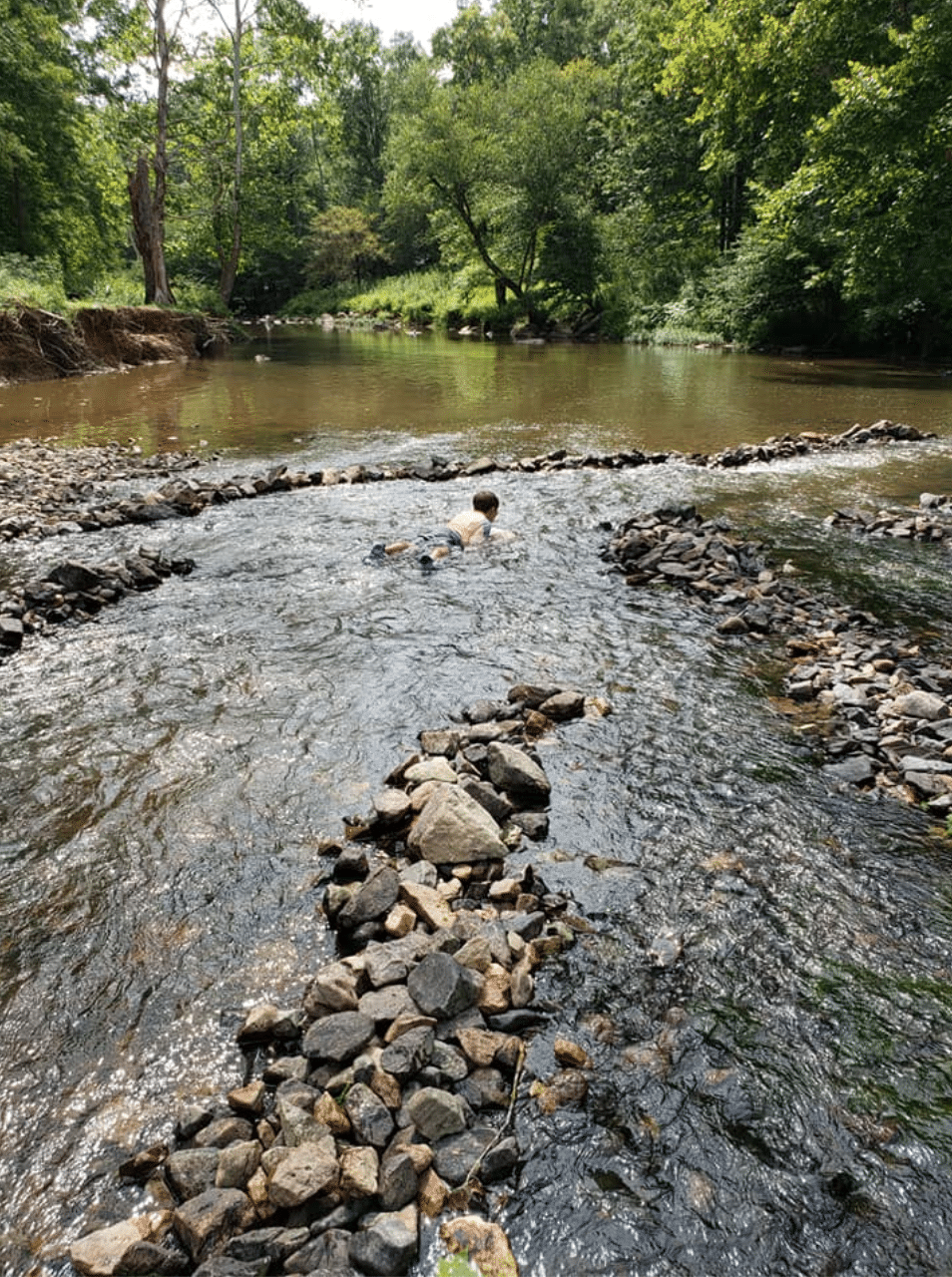 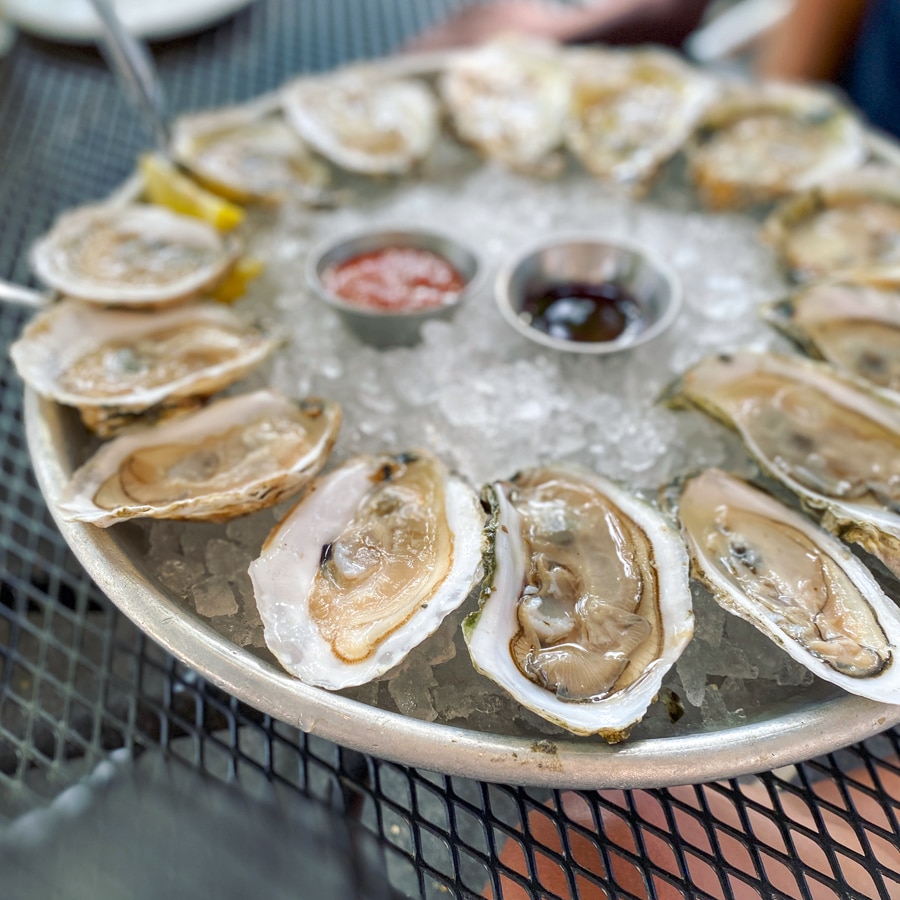 Thomas and I went on our second solo date night out to Public Oyster and it was like a dream. We had masks on during all human interaction and enjoyed the most delicious array of food. We had oysters and drinks and a fresh summery salad. Plus tempura shrimp and the best french fries I’ve ever had! (They were the short, super crispy Belgian kind.) 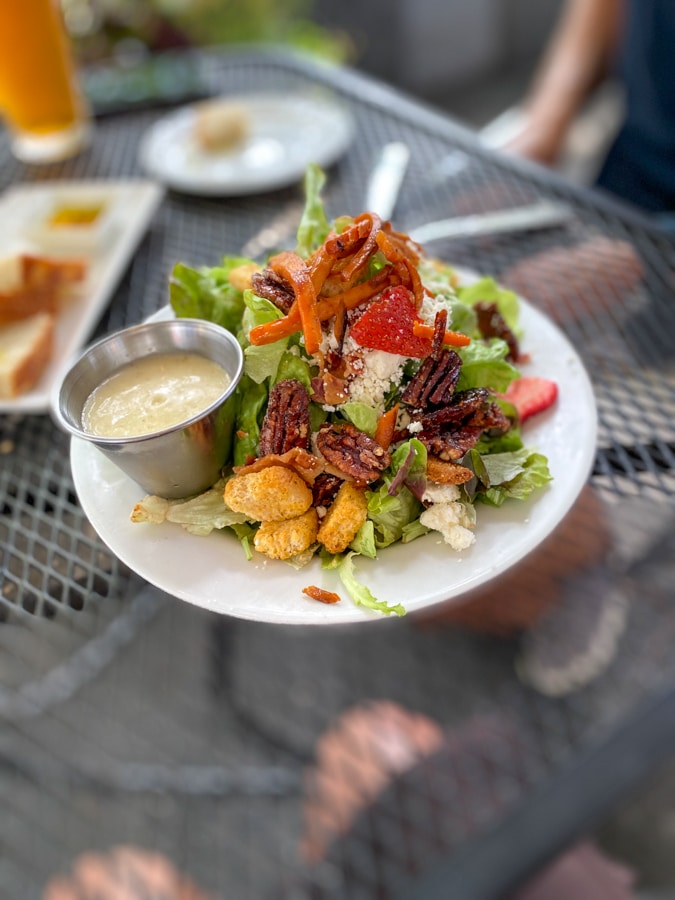 We got to see Grammie + Pea once more when they brought Mazen to Cville at the end of his trip. It was the first time we were able to entertain for dinner on our new porch. We enjoyed some Scout & Cellar wine (which is all 13% off this weekend!), white chicken chili soup featuring Tastefully Simple’s Wahoo seasoning (I’m doing a giveaway on IG) and pizza night after that! 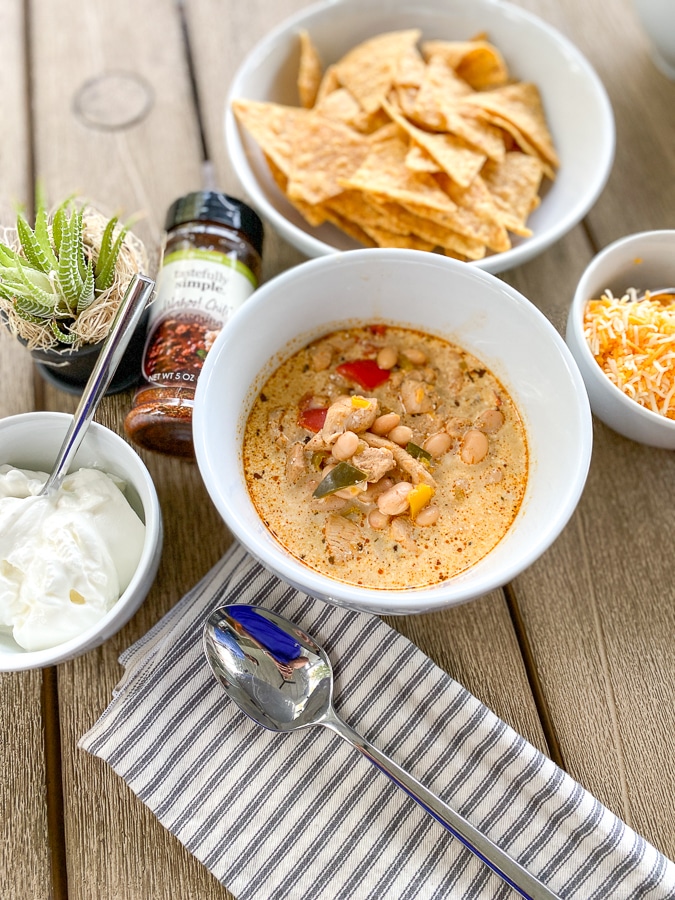 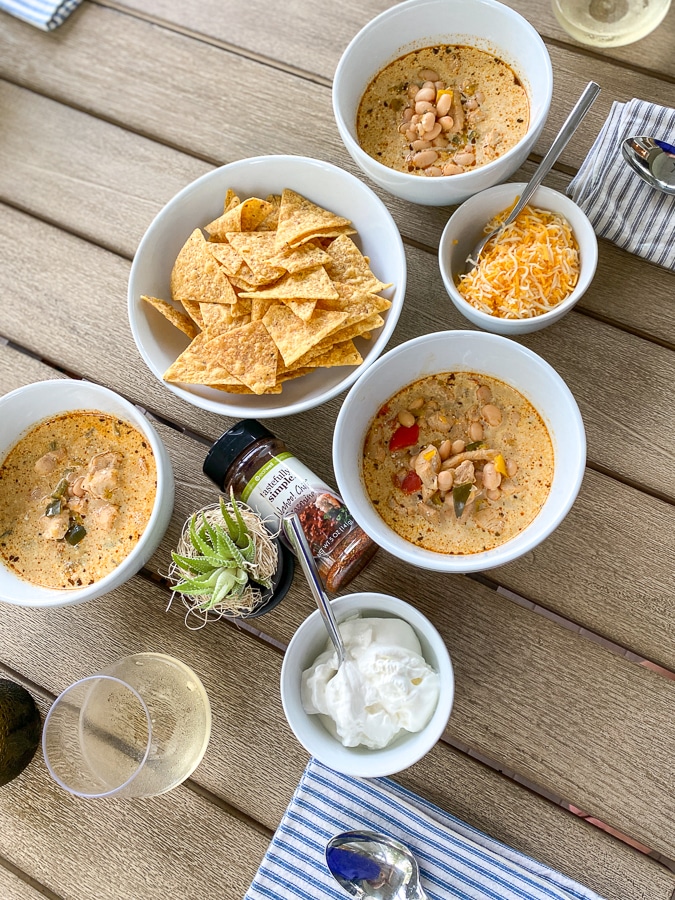