You are here: Home / Nutrition / Healthy Mindset / The Boxed Lunch, Or You Can’t Have It All 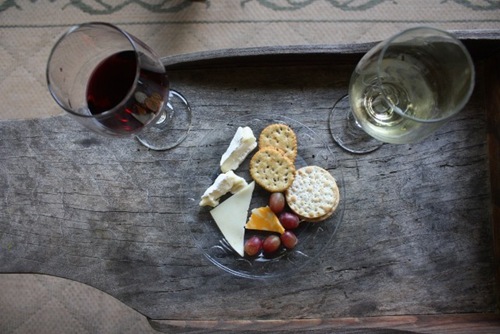 The turning point in my weight loss happened Christmas of 2005.

I was at Matt’s family’s house and had just returned from a big Caribbean cruise. You can imagine how many vacation pounds I was carrying around on top of the usual holiday overeating I used to do. But the thing is – I didn’t see it as overeating. I saw it all as normal eating. When everyone around you is also having 10 cheese and cracker sandwiches before dinner followed by 3 glasses of wine and too many bourbon balls to count, it just seems like the normal thing to do.

The Summer Before in Cambridge

I was standing in the kitchen feeling rather blah in my outfit and chatting with Matt’s aunts and Karen. Somehow the conversation turned to holiday eating. Someone listed all of the temptations that time of year: appetizers, dinner rolls, alcohol, rich entrees, dessert, egg nog. Matt’s aunt (who happens to be very trim and athletic!) threw her hands up and said with a sigh and a laugh: “You just can’t have it all!” 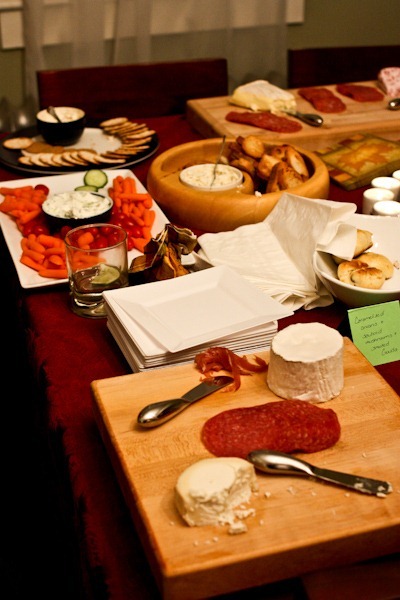 This was a HUGE light bulb moment for me.

It hadn’t occurred to me that one should choose which of those foods and drinks to have on a special occasion. As an adult, I figured everyone just had a little of everything.

This was my healthy tipping point and the start of the path to reaching a normal, healthy weight over a year later. It was the start of more mindful eating.

What my aunt said is true: if you do have appetizers, the bread basket, a few cocktails, a rich entrée and dessert, you’re absolutely going to eat more than your body needs in one evening. And while making an effort to have the crudités for appetizers, half a roll with no butter, skinny cocktails, a vegetable heavy entrée and one bite of dessert might help a LOT, it’s still a lot to juggle in one meal. {And frankly would leave me feeling rather deprived at the same time.} 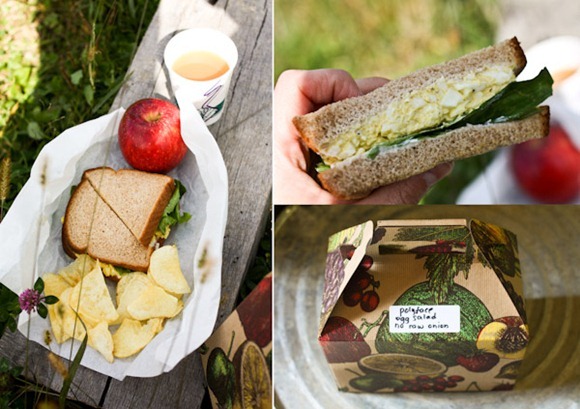 Another example I often use when discussing this topic with people is The Boxed Lunch.

Imagine a catered picnic lunch where everyone gets a box. Inside you might find: 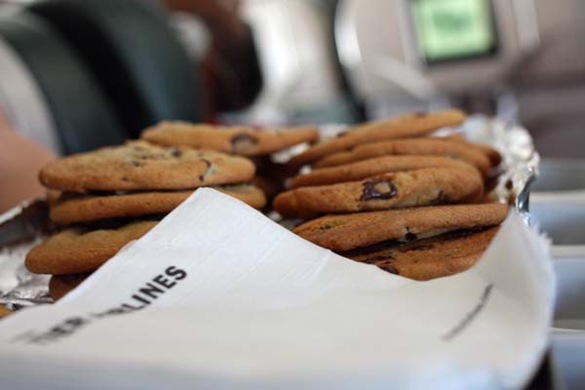 Sound familiar? When you open the box and reveal the contents, it feels like you’re supposed to eat them. “Part of this well-balanced breakfast” the cereal commercials say. It’s boring to only eat half of the sandwich, a few chips, the whole apple and none of the dessert, right? Aren’t you weird for giving away your brownie?

No, you’re smart. And paying attention. And educated on portion size, your hunger cues and your individual needs. 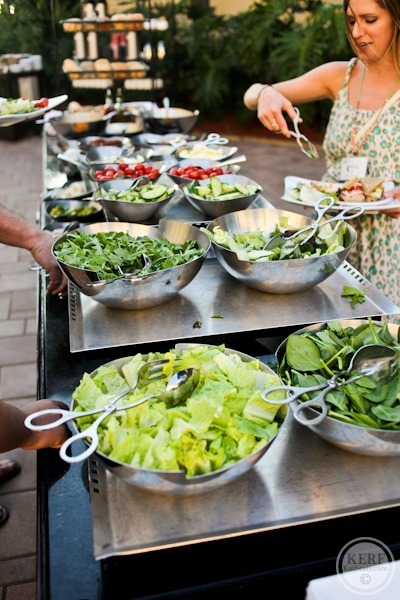 Sure there are times when you might eat the whole boxed lunch. Maybe you’re working at Habitat all day and need the fuel. Or maybe there’s a picnic at the finish line to your half marathon. Or maybe you’re a big guy who just needs that many calories in your day. Or maybe it’s a really delicious looking lunch and you’re just really hungry that day. I’m not saying that you can’t or shouldn’t eat everything inside.

My point is that if you don’t pay attention, it’s easy to overeat simply because it’s the default.

Everyone else is doing it so you should too. Remember Margo’s post on shared responsibility? I know from being on the event planning side that people give you the stink eye if you try to suggest going lighter on the catered lunch (unless you’re planning the Healthy Living Summit – then a plethora or healthy food receives compliments!) So it’s up to you to do the decision making about what in your boxed lunch is worth spending your hunger on. 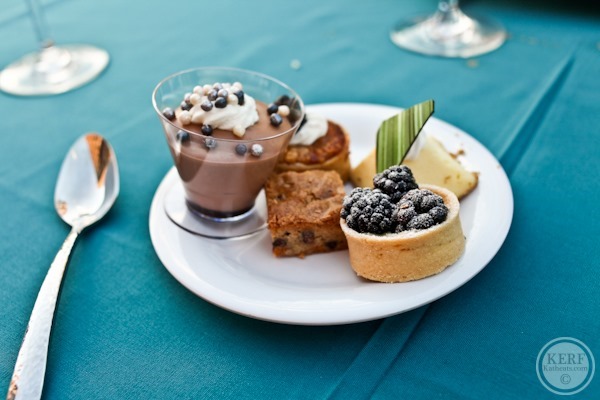 Pay attention. Eat mindfully. And stop before you’re completely full. You can’t have it all, all of the time.