This post is all about baking with spelt in general and how to bake with spelt flour.  All things considered, spelt isn’t that different from common wheat but there are a few things worth noting.

Unfortunately, the information on spelt is sparse.  Between my books and some internet searching, I pretty much ran across the same information over and over.  I’m guessing the reason for this is because of spelt’s relative unpopularity.

I think this unpopularity is not so much a result of its taste, which is quite delicious and distinct from common wheat, but more because it requires an extra step of processing to make it useful.

Just like wheat, rye, oats, and many others, spelt is a grassy grain also know as triticum spelta. In fact, it is a type of wheat.

If you’ve ever seen yard grass grow for a long time, you’ll see the seeds crowd together in an ear – this is pretty much the standard for most grains.

Common wheat has been bred so that when it is harvested, the seeds break away easily from the chaff and don’t need to be dehulled.

Spelt, on the other hand, has a tougher hull that must be removed.  For this reason, it is more expensive and less commonly available.  Here’s some pre-dough of just spelt flour and water (on the right): 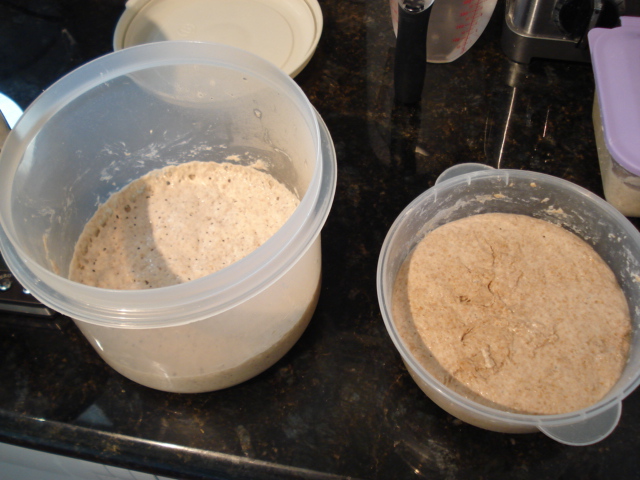 Spelt As an Ancient Grain

You’ll often hear spelt referred to as an “ancient grain,” and what is meant by this is that spelt is an ancestor of modern wheat. Some equate this as being a health food form of wheat. Back in the day, and I mean WAY BACK in the day when agriculture was the hot new trend, farmers were looking for a grain that could easily be transformed into food.  Cross-breeding was prevalent, and gave rise to many types of wheatish species.  Einkorn and emmer are wheat-like grains that have wild and domesticated species, and with a little more cross-breeding, spelt was developed.  Common wheat is just another result of breeding, having been artificially selected for its ease of processing.

What impresses and surprises me is that people have made a deliberate, but small, effort to preserve these older and less efficient grains.  I’m glad they have, however, because the taste of spelt is noticeably different from common wheat.

So why use spelt flour at all?  For me, there is only one reason: it tastes great!  My mother-in-law hates it when people describe a flavor as “nutty,” but there’s really no other way to put it.  Imagine the rich, toasty taste of whole wheat flour, mixed with a tiny sprinkling of ground peanuts.  Not overwhelming, but noticeable.  Its flavor is especially apparent when used to make sourdough.

One other reason some people have turned to spelt is because of wheat-related allergies and those seeking and gluten free diet.  Beware though – spelt still contains gluten, but in different proportions than common wheat. Those with wheat allergy or celiac disease should avoid spelt.

How To Use Spelt

Most spelt flour you buy these days will be whole grain spelt.  For this reason, I recommend treating it like whole wheat flour in your baked goods recipes.  There are a few things to take into consideration.  According to several sources, spelt has a higher amount of protein than common wheat.  This was definitely noticeable, even before kneading.  I mixed some spelt flour with water and then let it sit overnight.  With hardly any kneading, check out how stretchy the dough is: 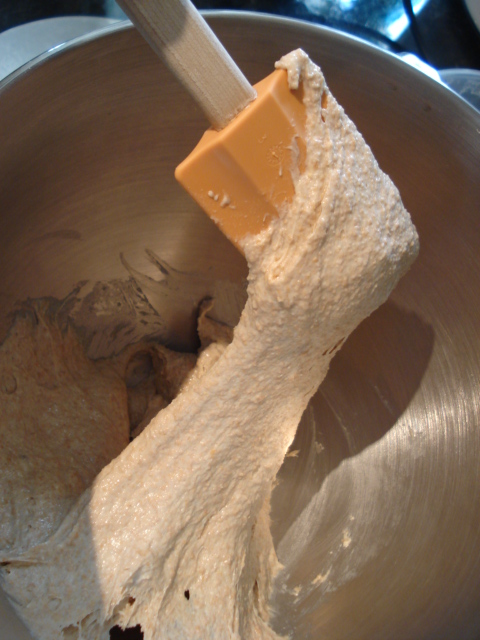 The big protein we’re concerned about in baking is gluten.  Gluten is a complex protein, made from the union of two simpler proteins: gliaden and glutenin.  Each of these has its own properties.

Glutenin lends elasticity, or the tendency to spring back into place, and help dough to hold its shape.

Common wheat has a perfect balance of glutenin and gliaden, hence the reason most breads are made from wheat.

How is spelt different than wheat?

Spelt, though high in protein, must have a large imbalance of gliaden and glutenin.  The sheer amount of gluten content was evident because when I was kneading, the dough came together quickly and was very springy and easy to manipulate.

Check out these beautiful sheets of protein when I lifted the mixer out of the dough (and this is with a bread that’s 50/50 spelt/bread flour): 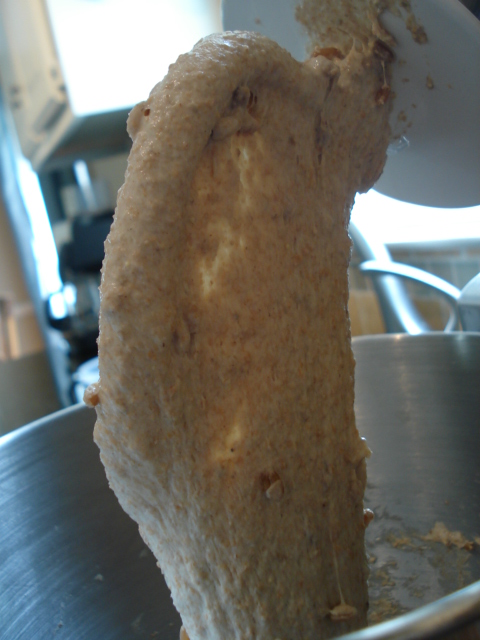 Unfortunately, I noticed during the rise that the dough was spreading out more than puffing up.  Sure, it was increasing in volume, but it seemed to be losing structure (again with the 50% spelt bread).

This leads me to conclude that spelt is much higher in gliaden.  If there were more glutenin, it would have been a stronger dough from the beginning. 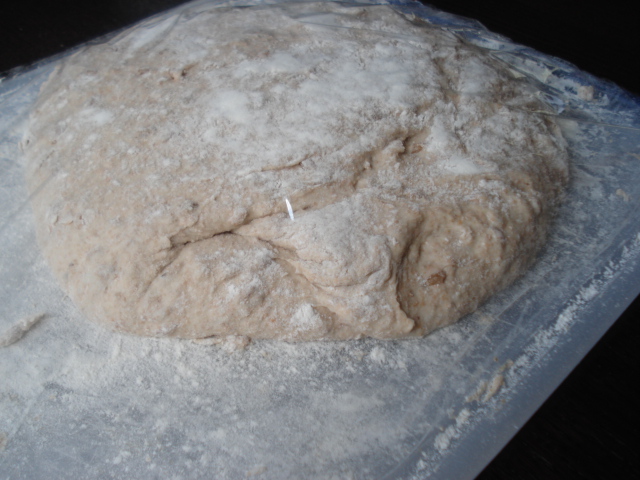 Use A Little Less Water

Overall, the stretchiness isn’t too much of a problem.  One way to combat this would be to make your dough with a little less water than usual.

The more water a dough has, the greater the tendency for it to spread out like a batter.  Also, baking in a loaf pan will help contain things.

The only other thing worth noting about spelt is its color.  The flour itself is whiter than whole wheat flour, but it lends the bread a muddy-looking, rustic color.  Check out the pictures at the top and bottom of this page.  Definitely gives the impression that it’s healthier!

Blend Spelt With Other Flours For Best Results

Again, if you just treat it like whole wheat flour in your regular recipes, you’ll be fine.  I think in the future I’ll stick with breads that are no more than 20% spelt flour.  Even 10% would be enough for a noticeable flavor difference without compromising structure.  Good luck! 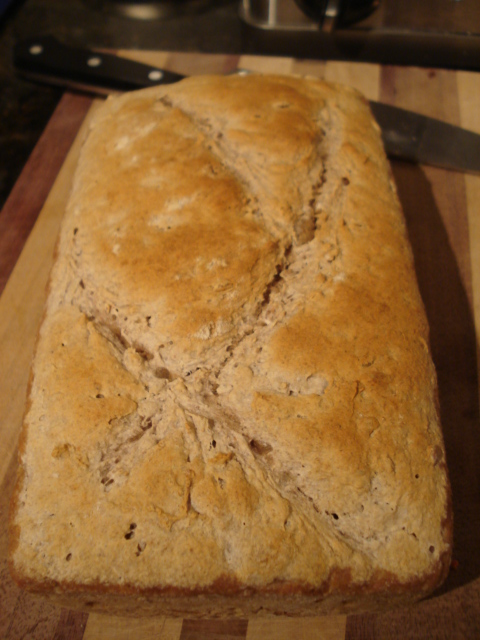