One day Kath came home with this tiny loaf she bought at a farmer’s market. It was wheaty, and sweet, and it had this strange texture almost like a small amount of butter had been evenly dispersed through the dough. What I have since realized is sugar has a strange effect on the texture of bread. When it heats in the oven, the sugar gelatinizes and gives the bread an apparently “wetter” texture. One thing to remember, though, is this softer texture is at the expense of structure, so don’t go overboard. Here’s the recipe I used for this loaf but you could probably add at least another 50g of honey in the dough.

Update: This is one of my original recipes, and since I’ve learned more about baking I’ve reworked it.  It’s still pretty much the same, but more of the flour has been shifted out of the pre-ferment and into the final dough.  I’ve also upped the water amount because I think it was too low.  Also, I’ve computed the volumetric measurements for those without a food scale.  As always, you can skip the pre-ferment if you don’t have the time, but I highly recommend it – especially with this bread, the extra flavor from a long pre-fermentation is well worth it.  Have fun!

Pour dough onto a lightly floured surface.  Fold once and cover with plastic.

Allow to ferment for 2 hours, folding after the first hour.

Form into desired shape after fermentation (or place in loaf pan).  Allow to rise for 1 hour.  After 30 minutes, begin preheating oven to 450*.

Slash loaf to allow for expansion during baking.  Splash 1oz of water in oven right before loading bread and bake for 25-30 mins until the crust takes on a nicely dark color! 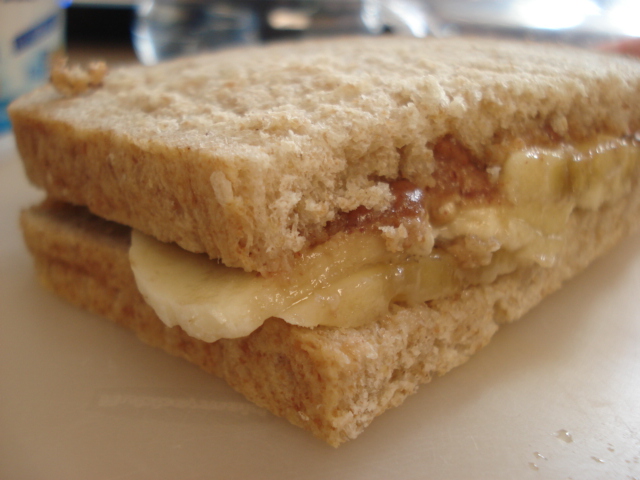