You are here: Home / Lifestyle / Winetastic

I spent 3 hours this afternoon working on a foodservice budget project and could not figure out this one part. If any of you RD’s know the formula for “Meals Served” I could use your help!

I paused around 4:30 to fill a hunger void with two of my favorite foods: a jar of Cinnamon Peanut Butter and some Kashis! I polished off both, but there wasn’t much left of either to begin with. 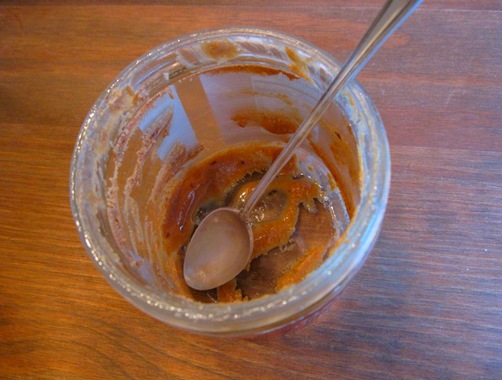 I finally gave up on the project at 6:30 and moved on to bigger and better things: 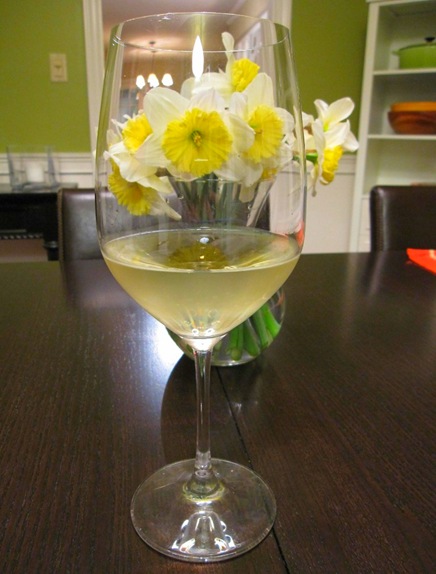 Actually, this vino was hand delivered to me and I asked the delivery boy to take some photos for the blog. He did an excellent job! 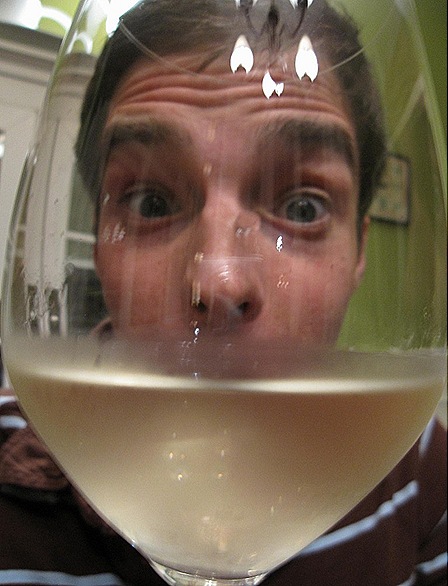 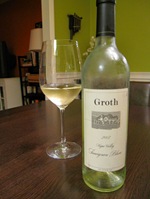 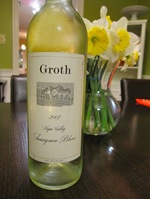 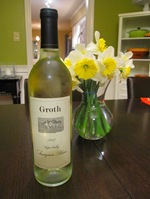 For dinner tonight we planned the last of a bag of frozen shrimp we’ve had in there for ages. I wanted to do a simple shrimp scampi – nothing fancy. It turned out delicious when we brought the white wine into the mix! 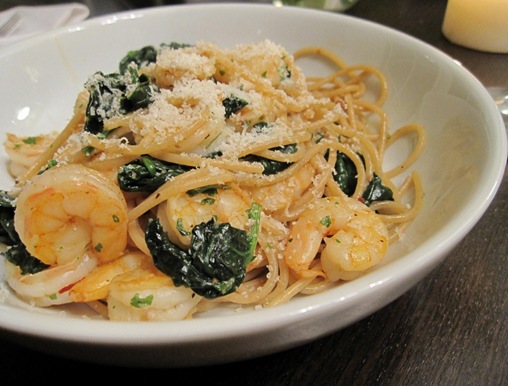 First we seared the shrimp in olive oil 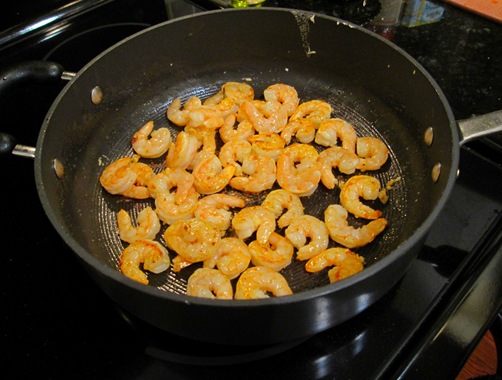 Then we added garlic. Then deglazed with about 1/4 a cup of our wine – the aroma was incredible!!! 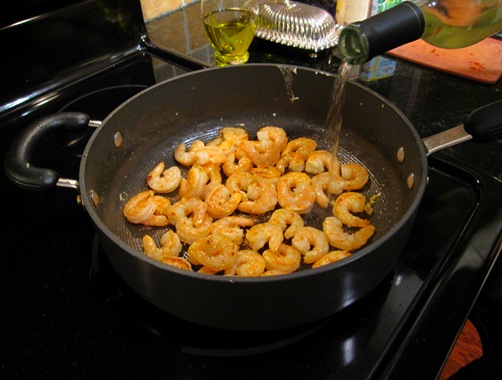 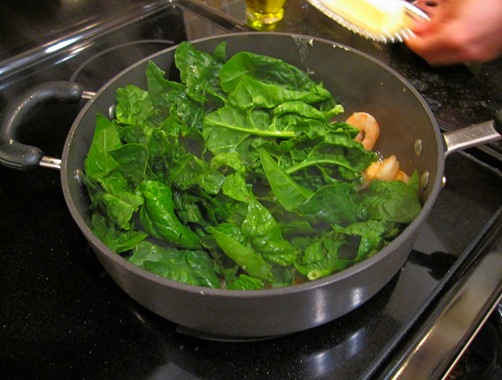 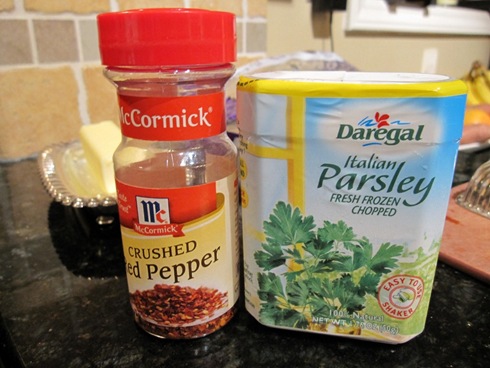 And a tbsp of real butter 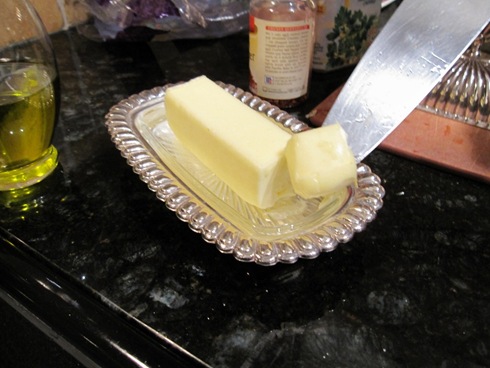 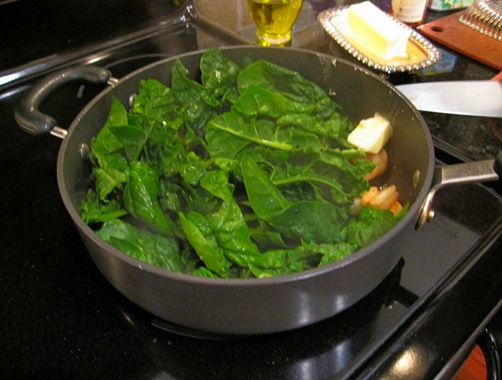 Then added the pasta right from the pot – a little water helps to thicken and moisten. 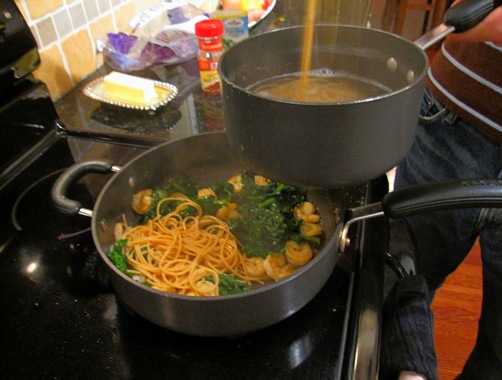 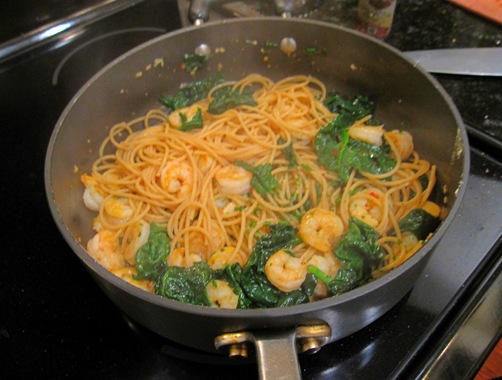 Topped with a little parmesan and served with whole wheat spaghetti. 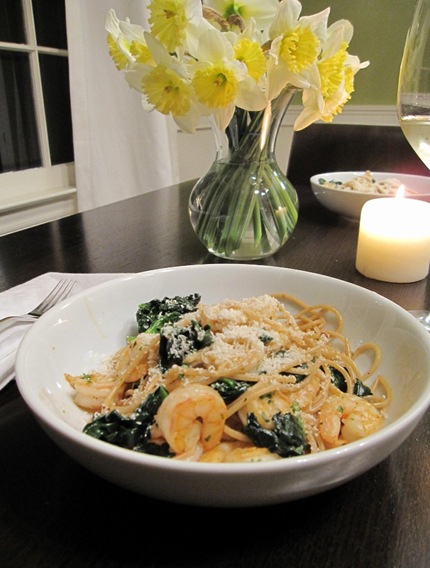 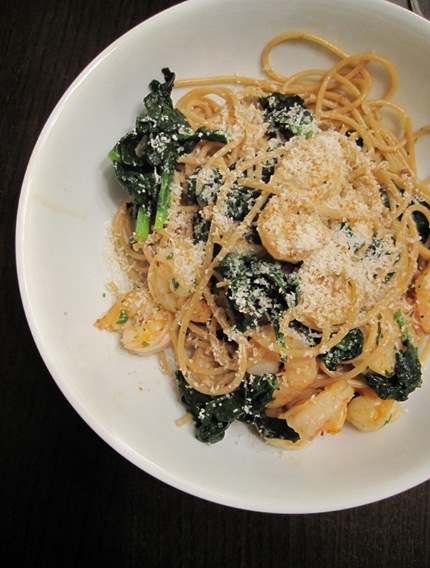 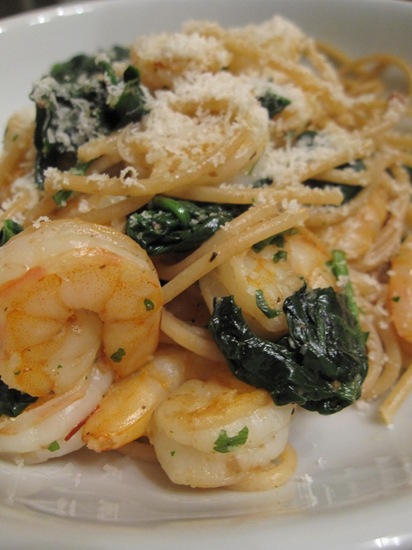 Plus a small second glass of wine 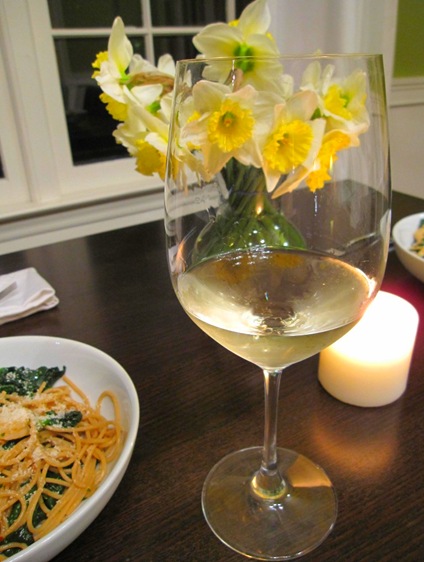 He had some butter-drenched sourdough; I had 2 bites – 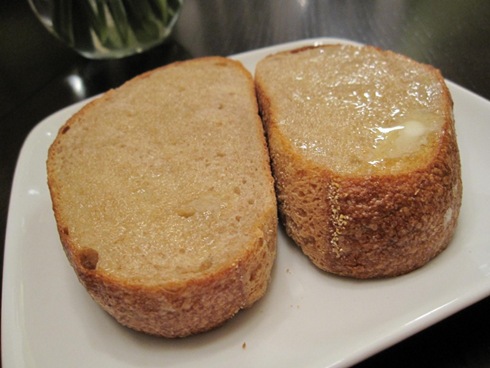 After dinner we plopped on the couch to watch The Women. Three cheers to Matt for being a good sport! But turns out he hated the movie (I owe him one) and I actually didn’t really like it either. It was pretty boring. I think the only thing I liked about it was that it was set in NYC in fancy houses. And Meg Ryan 🙂

I was delivered a Hello Dolly while we watched. Pure bliss!! 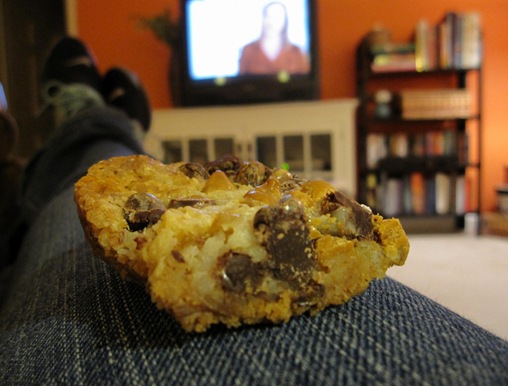 I went for another cookie (blame the wine!) but was caught red handed. He knows to come see what I’m up to if I rustle in the kitchen. I’m pretty full from dinner, so one was enough.