I decided I would rather see these inside to brighten my day than out in our yard. And who knows if they’ll survive the blizzard that we might get on Monday! 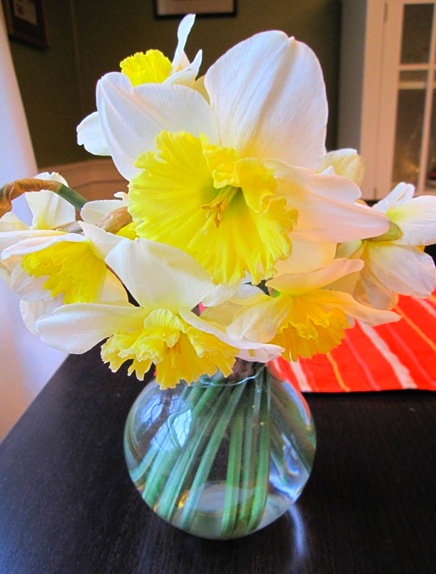 I got a sudden urge to go to the gym at 10:30, so we hopped in the car and went. It was a MADHOUSE there. I think everyone slept late and then went inside from the rain. I managed to find an elliptical where I stayed planted for 45 minutes reading Health. The hus Matt and I then did a round of lifting on a cable machine and I followed with shoulders with free weights. I forgot to mention that yoga completely cured my immunization shoulder soreness this morning!

After we were home and showered we assembled lunch. I decided on a sandwich and just had have another Pumpkin Butter + Tempeh one. On Dakota bread. 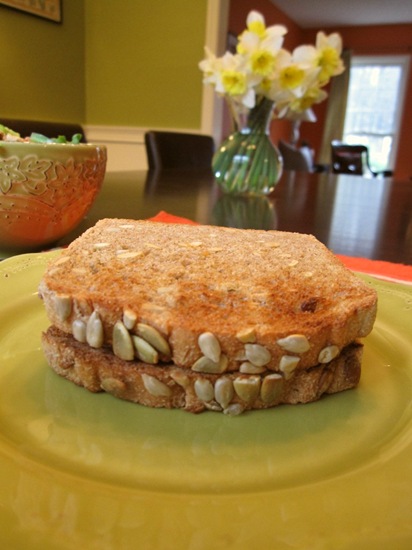 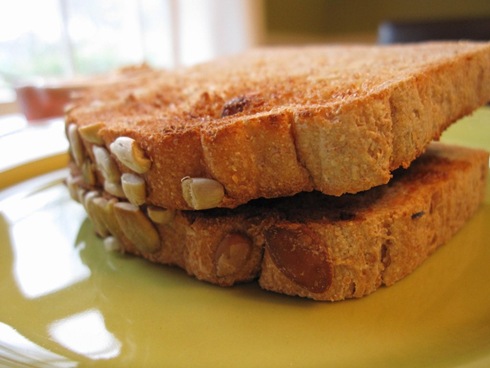 I had a small side salad with green leaf lettuce, carrot, green pepper, walnuts and Annie’s Raspberry dressing. 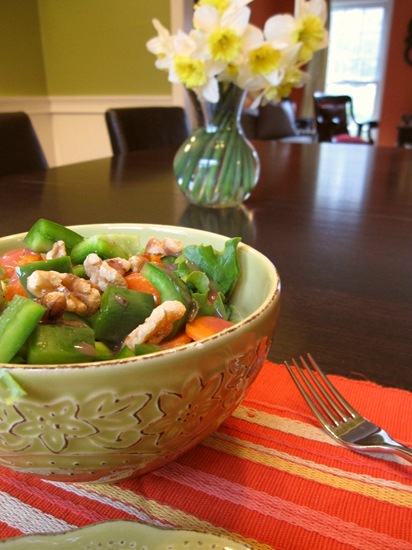 And ended with some TJ’s Greek yogurt (it’s been so long since I’ve had plain greek – I missed it so much!!) with some GoLean, wheatberries and raspberry jam 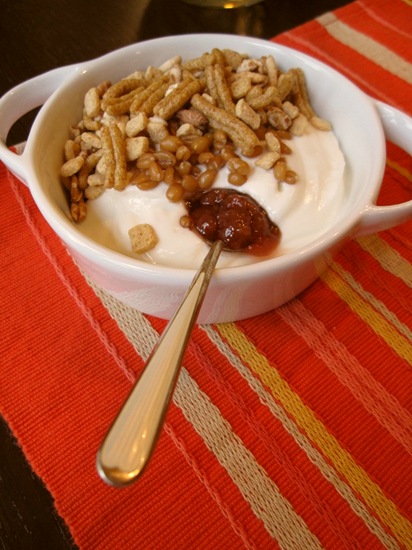 Along with a plain seltzer that I spiked with POM. 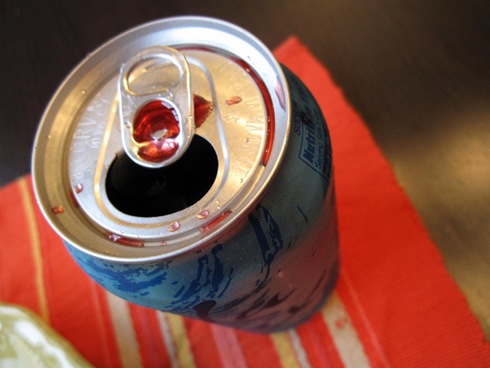 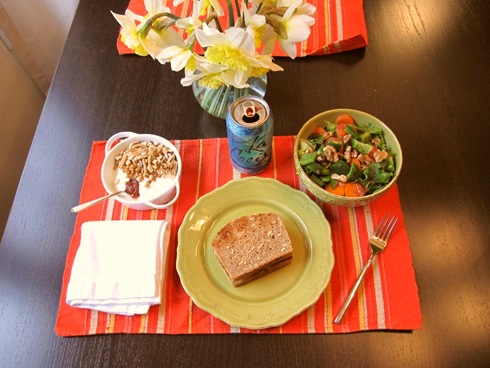 I drooled a little on this. He took our leftover Eggplant Ricotta Rolls and put them between some wheat sourdough! All toasted in the oven… 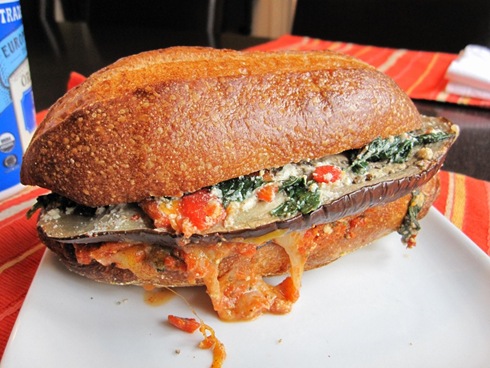 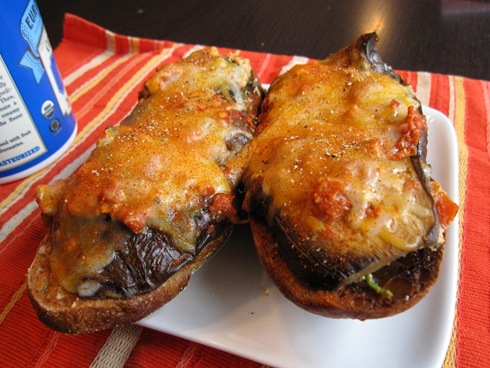 And he had some yogurt with banana, blueberry muffin and walnuts – 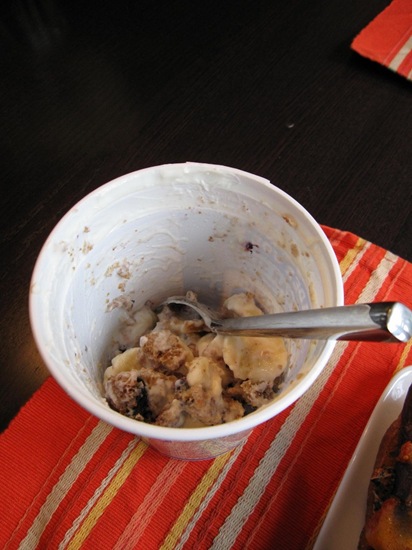 Rebecca made the Nutty Vanilla Sweet Potato + Kale Soup and loved it!

Leah at Simply Fabulous Now is giving away some Trek bars!

I’ll end with this quote I liked from Minka Kelly, whose interview article in Health was very down-to-earth:

What is the toughest thing that you’ve faced so far in your career?

When I first started out, I wanted everyone to like me. If someone didn’t, then it would absolutely devastate me. The toughest thing I had to learn was that some people are going to like you and some aren’t. And when you’re focusing all this energy on the people who don’t like you, you could be putting it into people who do love you and deserve your time.

I think that definitely applies to us bloggers and the occasional rude comments we all inevitably get.

Wishing you all a cheerful Saturday!