You are here: Home / Lifestyle / The Weather Outside Is Frightful 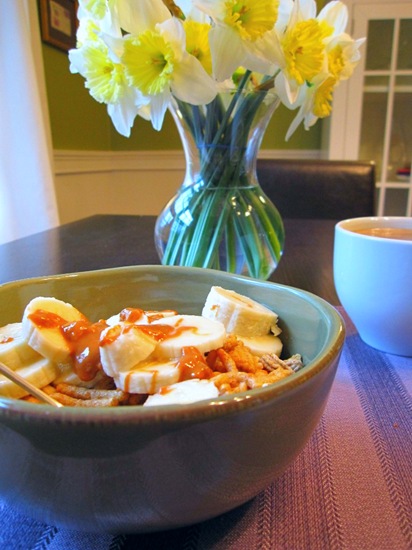 I woke up at 7 this morning and couldn’t go back to sleep – I wanted to get a full 8 hours and we went to bed closer to 12 than 11. Oh well. I also have a mild headache again – could be from the wine or the persisting typhoid!

I started the with 45 minutes of Power Vinyasa Flow #1. Love this session. It’s got all the major pieces – some warriors, some balancing, some abs, some flow. It’s not too changing yet it does get me “creating heat” in the middle of it and has a few hard poses that I am getting better at doing such as toppling tree and half moon.

Since I’ve got brunch at 11, I wanted to have a smaller breakfast today. The debate was between PB+B toast and cereal. I was feeling thirsty (thanks, wine) so I went with the cereal. And I was feeling hungry, so my bowl was bigger than I had planned. But that’s not biggie in the scheme of things. I’m sure I’ll be hungry again at 11 😉 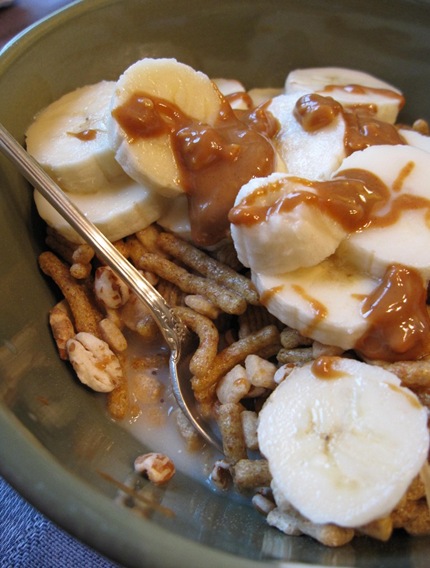 This was about 1/3 cup each of Life, Quaker Squares and GoLean. Between the two of us, we polished off two of the three boxes (his bowl was 5x as full as mine!) I added half a banana, a drizzle of PB (because I couldn’t resist) and about 3/4 a cup of vanilla almond milk. I missed my vanilla soy milk! As soon as the almond is gone I’ll go back to that in cereal. 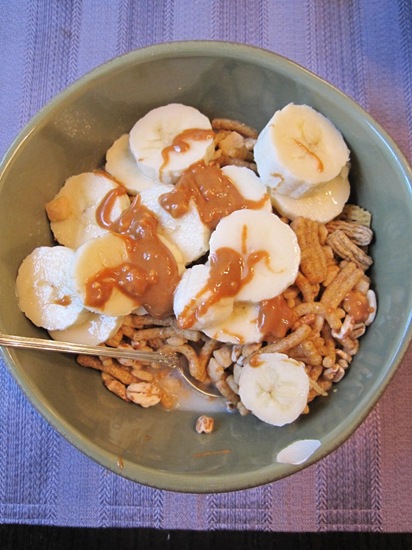 Matt and I split a French press with a half a cup each. This was Sumatra from World Market and I didn’t care for it. 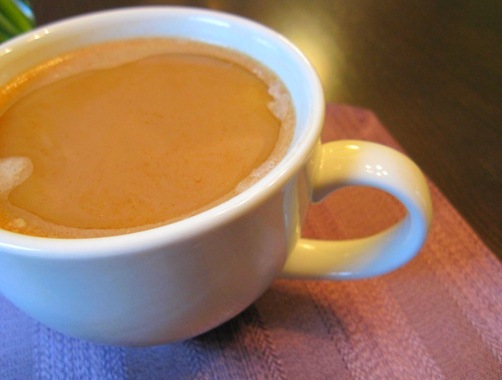 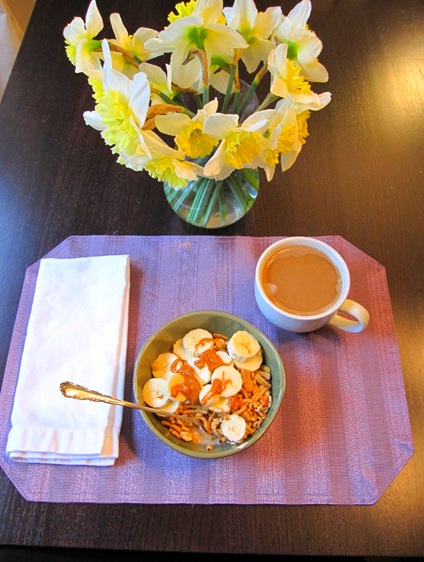 Looks like we’re going to be getting some snow tonight!!!

What’s unfortunate is that tomorrow my two afternoon classes were already canceled because Winthrop’s Nutrition dept. is being reviewed for accreditation and I just had a morning meeting with the team after Biochem. So if the school is closed, I won’t be missing a full day like I would have on another Monday. But it’s also kind of bad because if it’s not close then I am required to go to this meeting and must get down there, icy roads or not!

I’m off to shower, then work on a paper until it’s time for brunch.