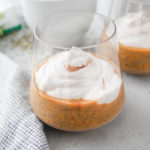 I’m excited to share this autumn appropriate pumpkin chia pudding recipe, jazzed up with a touch of caffeine, antioxidants, and flavor from Argentine Yerba Mate tea and topped off with a maple cinnamon Greek yogurt “whip!” This post is sponsored by National Institute for Argentine Yerba Mate. 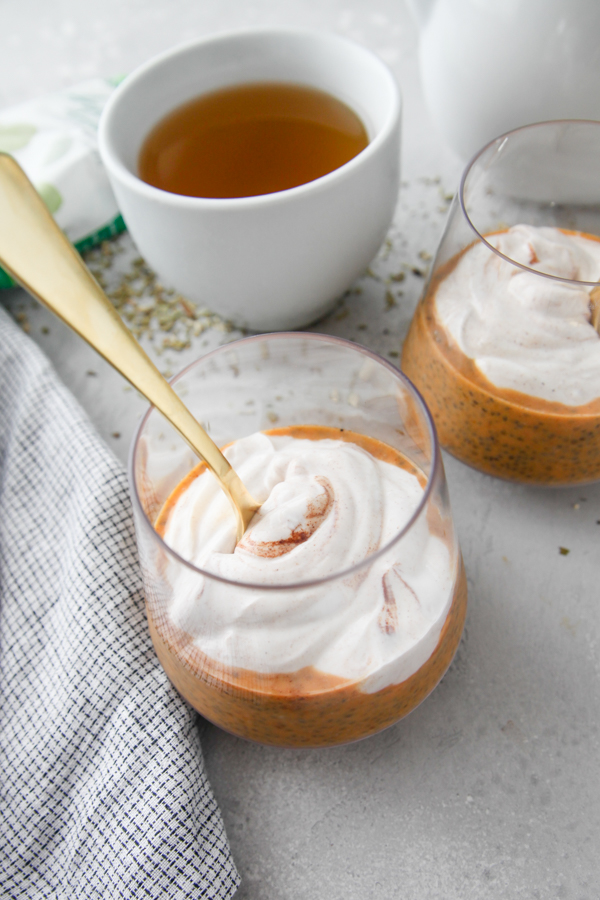 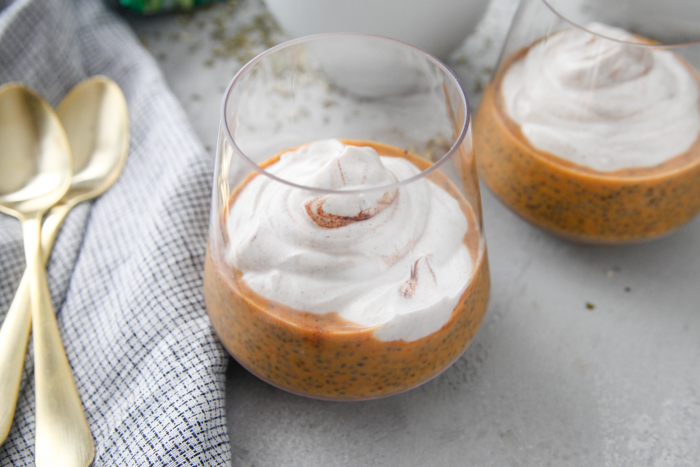 You can have your tea and drink it too! This is the perfect “grab and go” energizing breakfast infused with the benefits of yerba mate. 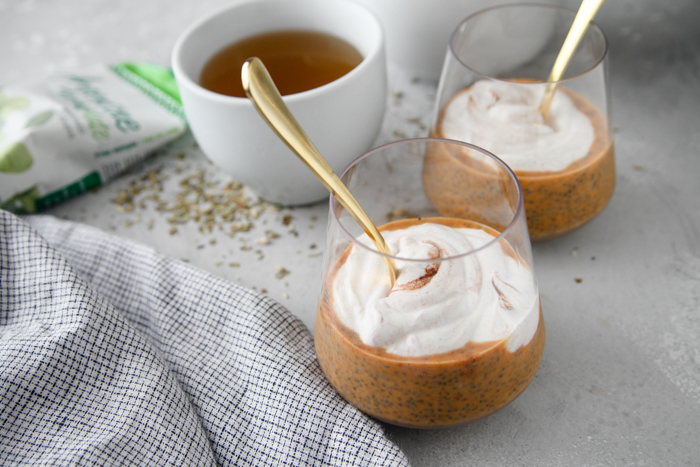 One cup of yerba mate contains 78 mg of caffeine, which is just a little less than the 85 mg that you get from a cup of coffee and a bit higher than a cup of classic black tea. This chia pudding incorporates it into the recipe so you can either get a double dose with tea on the side or skip the brew on a busy morning and get yourself out the door. These are great prepared the day before for a grab and go breakfast (make them in a jar!) 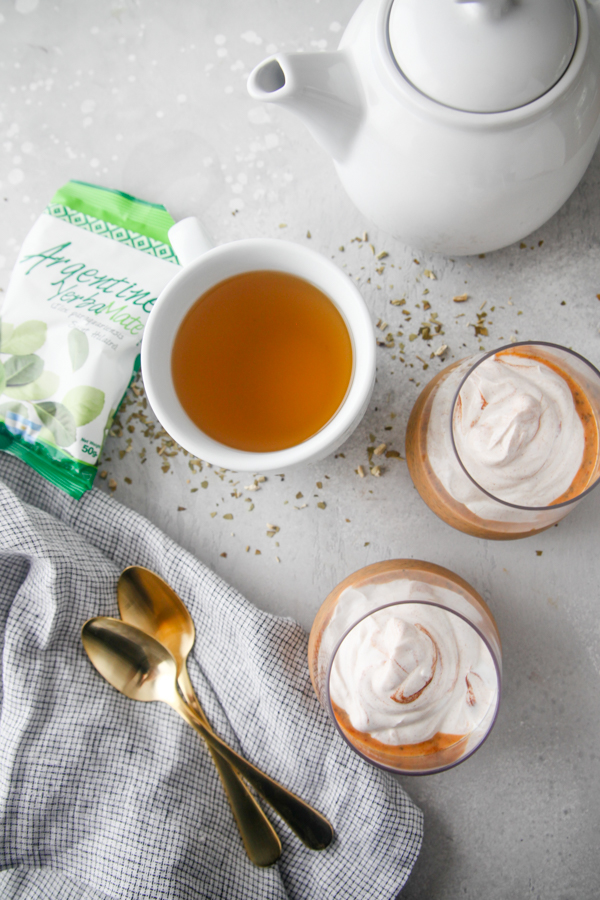 Argentine Yerba Mate is a rich source of antioxidants (with levels even higher than green tea!) and drinking it boosts your intake of B vitamins, vitamin C, zinc, potassium, and manganese. Studies have shown that yerba mate may help protect the liver, aid in digestion, and increase fat oxidation. You can find Argentine Yerba Mate at speciality tea shops, Whole Foods, or on Amazon. 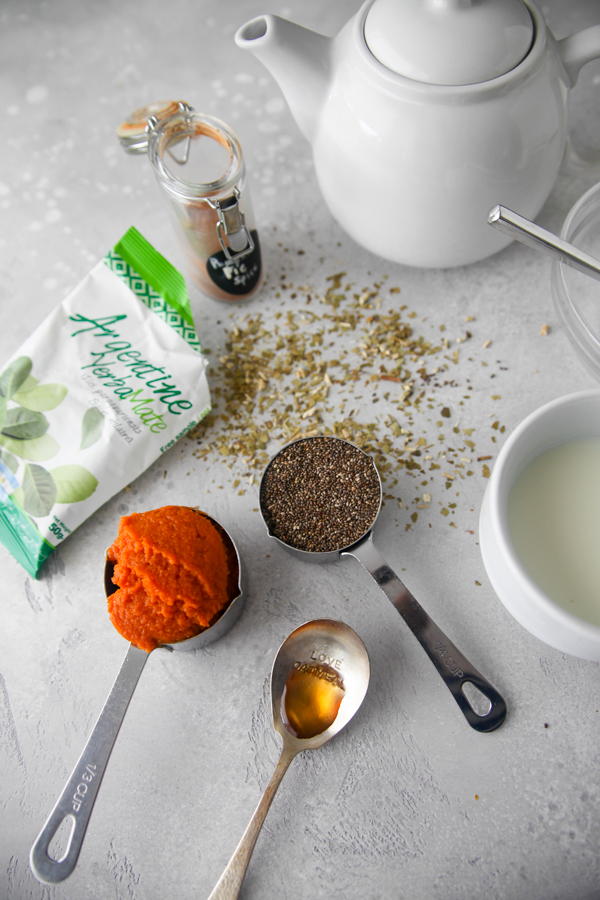 This fall-themed breakfast, snack, or dessert blends chia seeds, pumpkin, milk, brewed tea, pumpkin pie spice, and a touch of maple syrup into a hearty pudding. Just mix it all up and store in the fridge overnight. 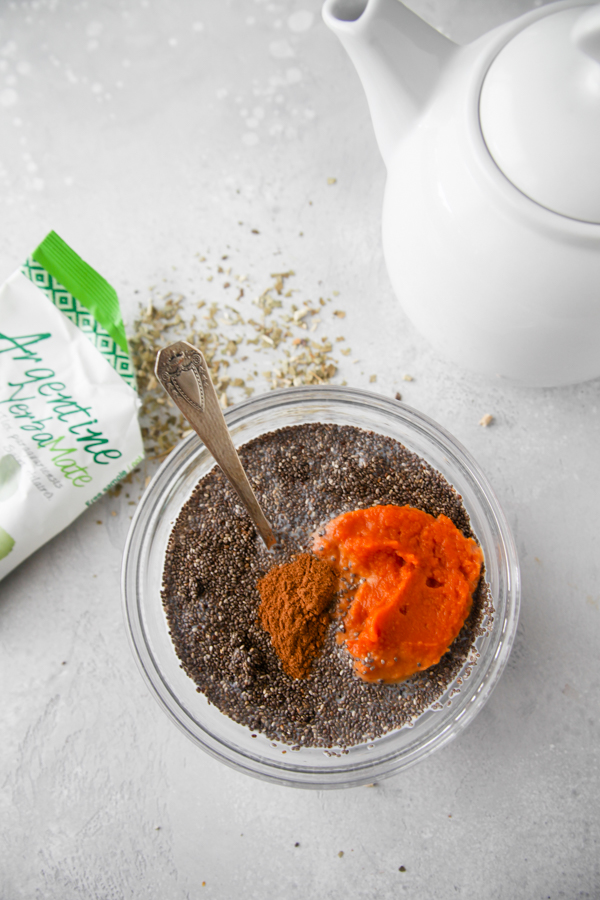 For an extra layer of flavor (and protein!), I mixed a plain full-fat thick Greek yogurt with cinnamon, maple syrup, and vanilla for a healthier take on whipped cream. Of course you could also use real whipped cream or coconut cream too! Or a vanilla or spiced yogurt. 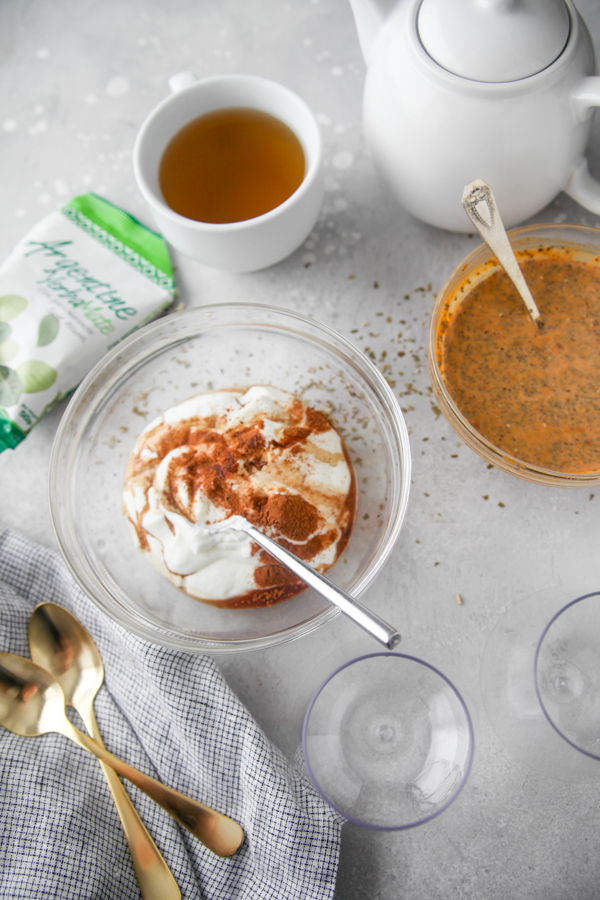 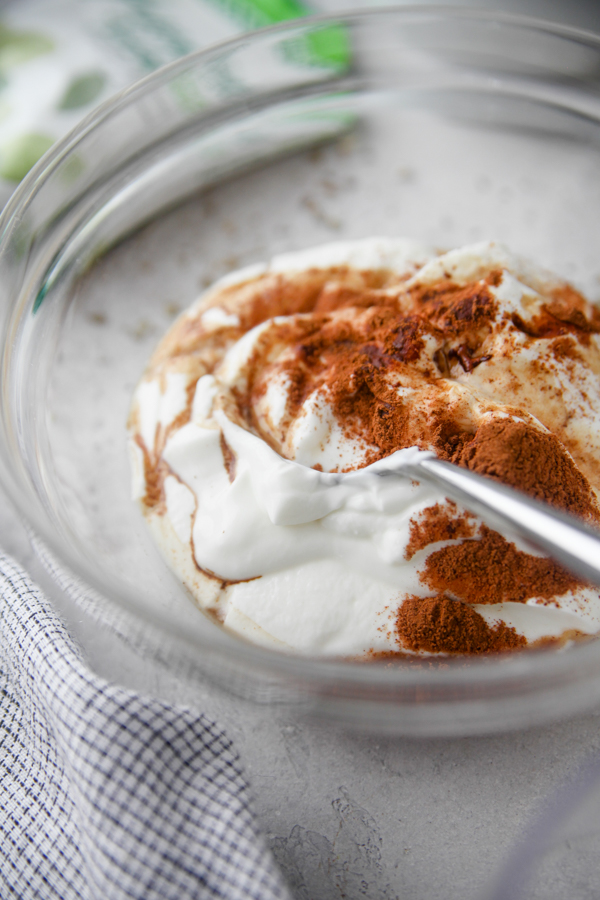 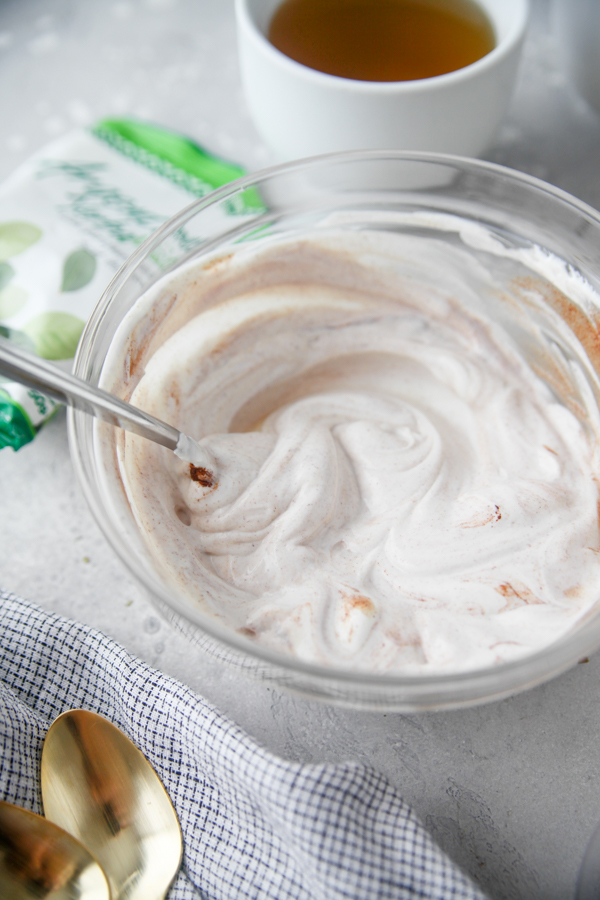 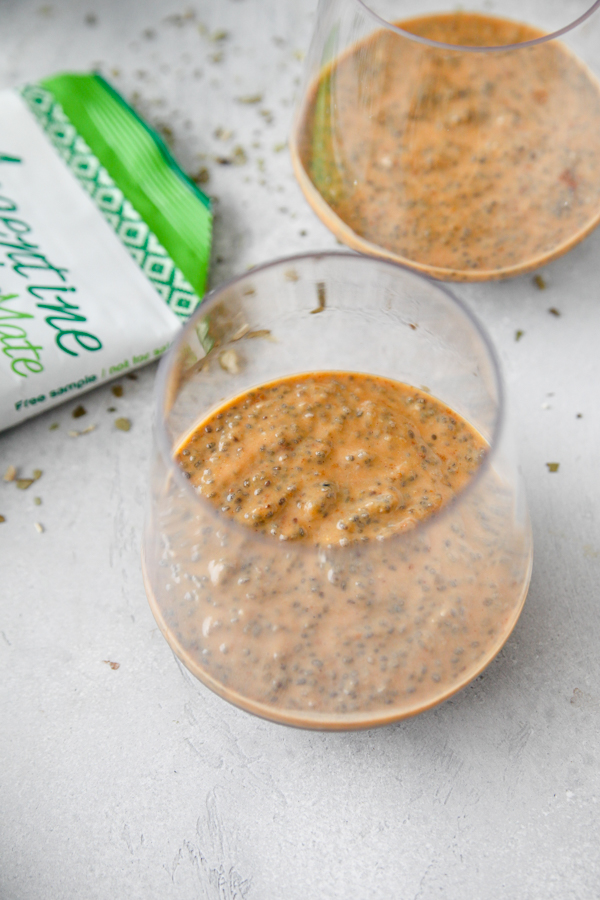 The whip makes the recipe, so don’t skip it! 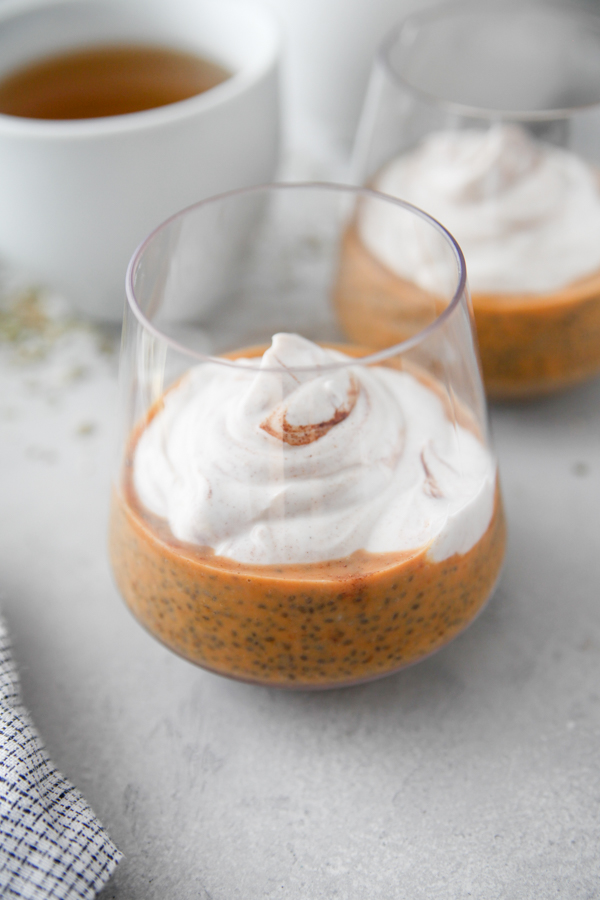 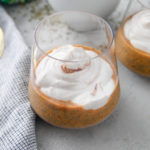 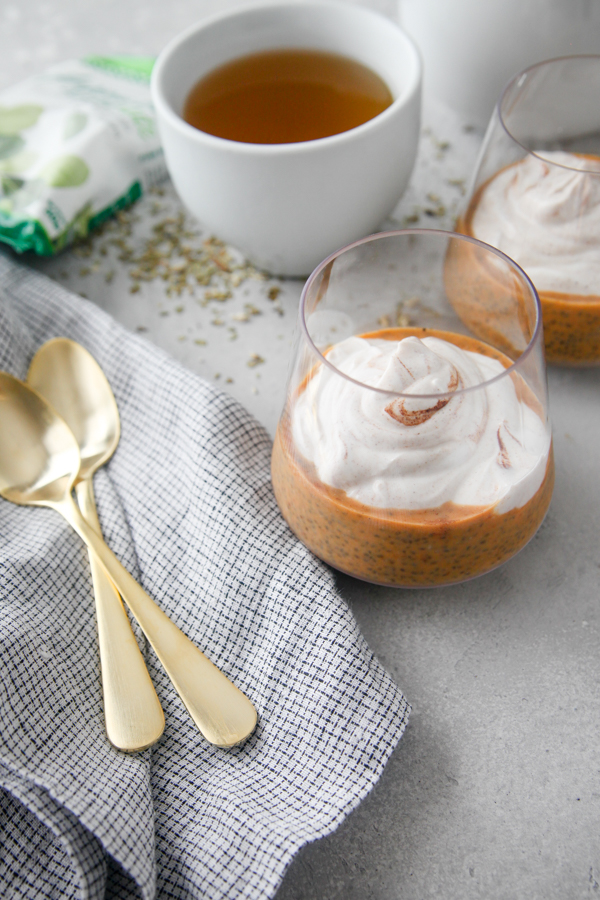