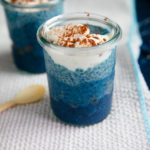 These ombre chia pudding jars are made with Blue Majik spirulina, which is as nutritious as it is pretty! Layer each color for a stacked ombre effect. 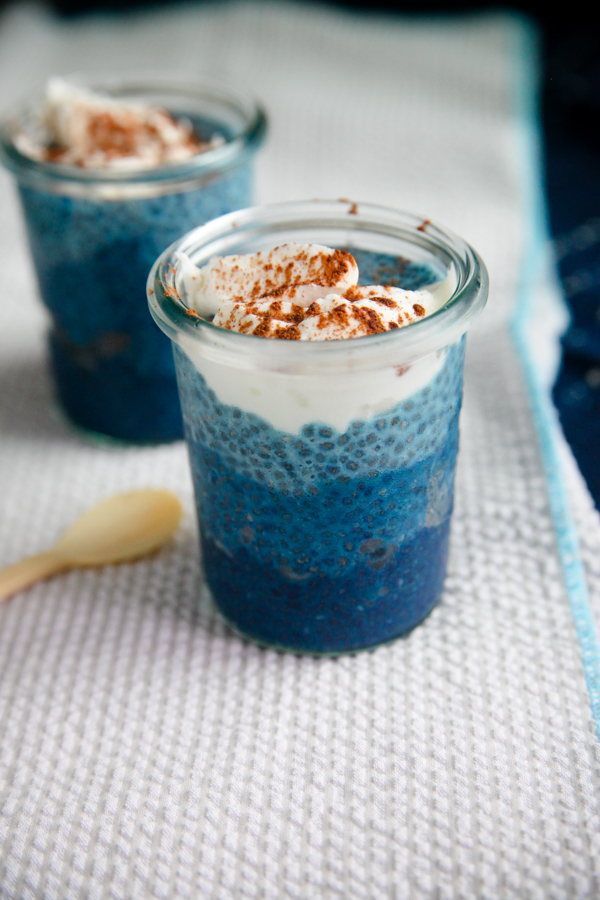 Continuing my interest in all-things-blue and pretty, I whipped up these cute ombre chia puddings last week.

I used my Blue Majik for the color, but you could use any food coloring, natural or not, to create this effect. I have some more colors coming from Matcha.Blue and can’t wait to test them out! Rainbow projects next : ) 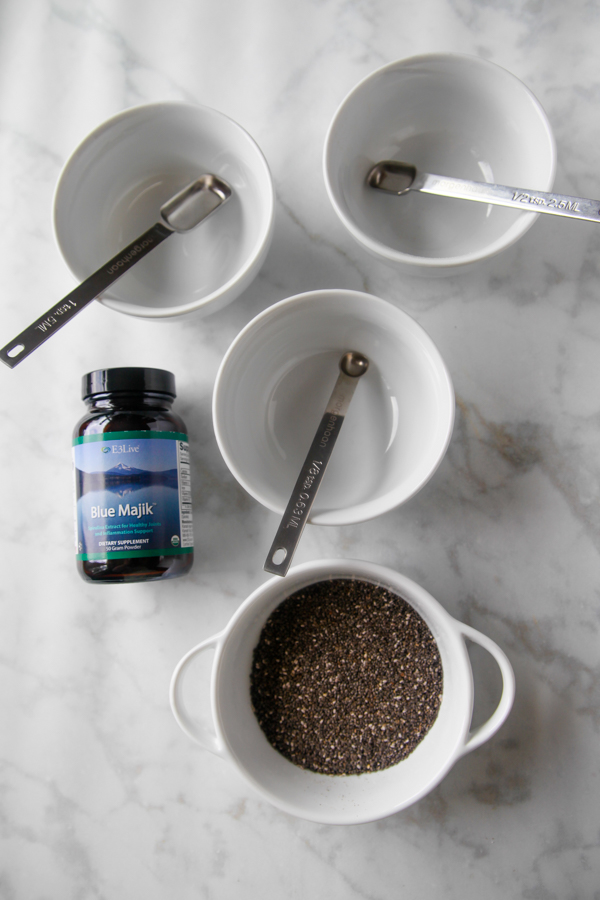 Each layer got the following: 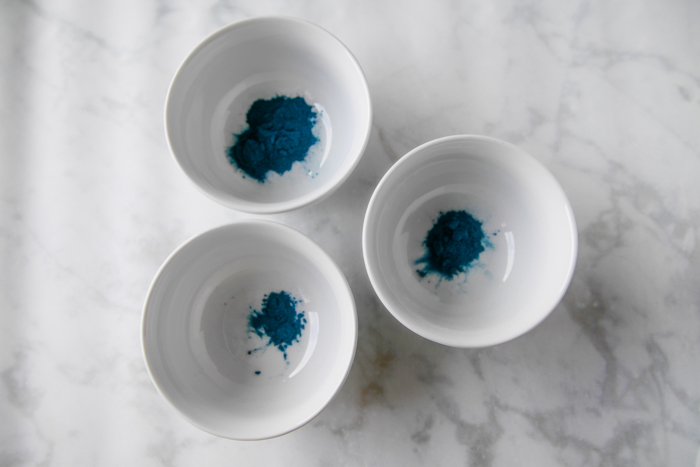 Then they soaked in the fridge overnight to form a nice pudding-like gel. 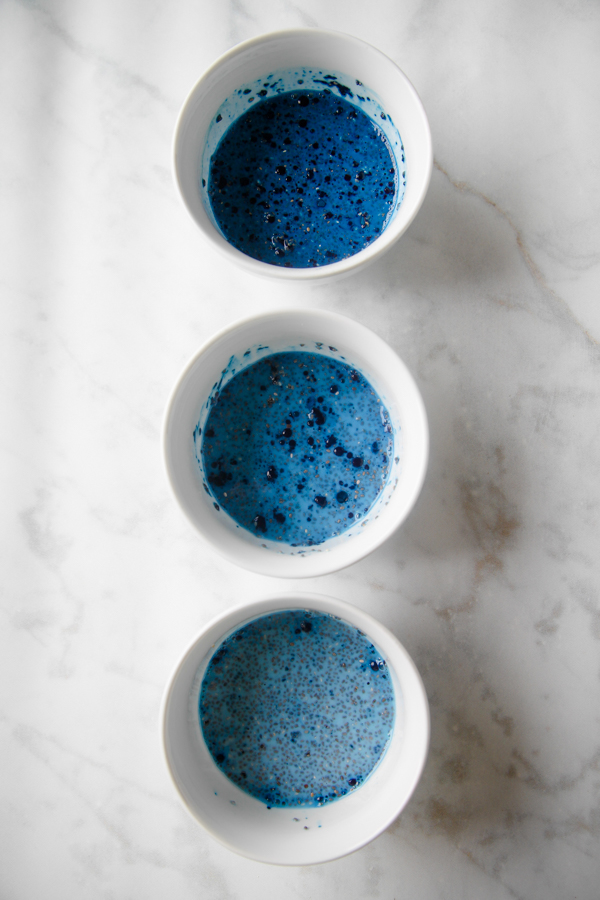 In the morning, I layered them up. There’s actually a hidden layer of blueberries in there too! 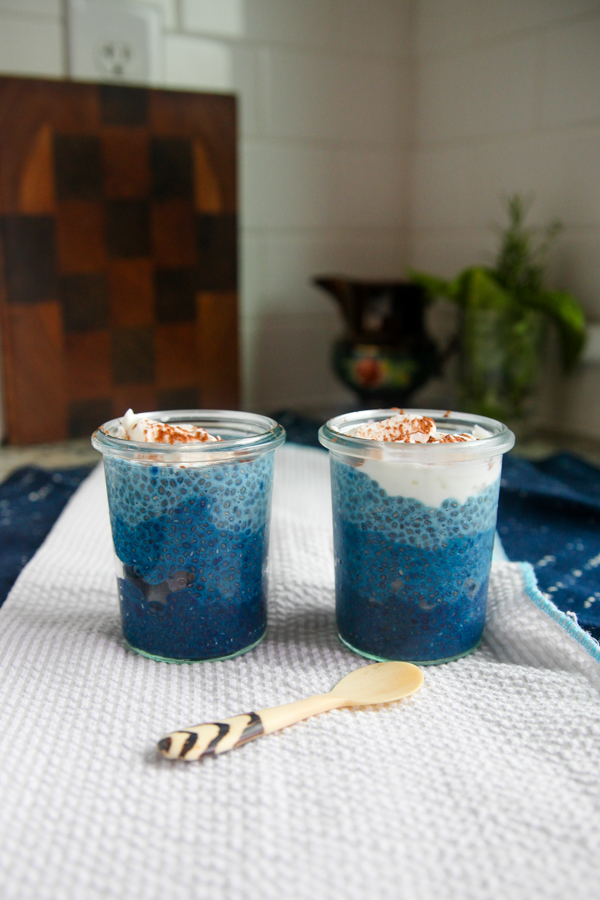 And I finished them off with some full-fat vanilla Greek yogurt and cinnamon. Delish! It was almost as good as whipped cream. (And coconut cream would be divine too.) 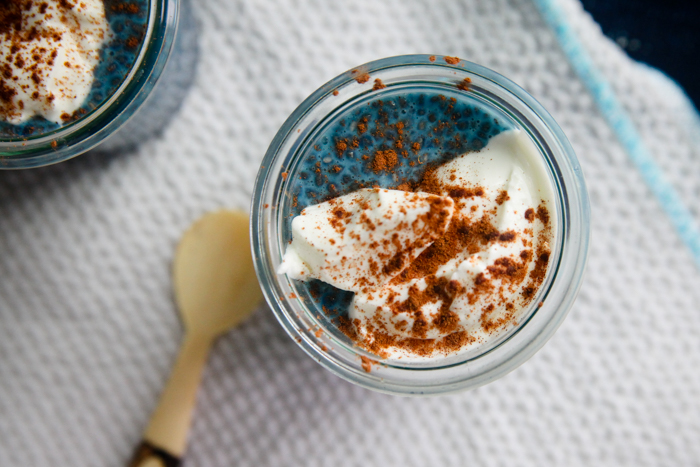 I can say this with confidence: blue chia pudding is definitely more fun to eat than plain 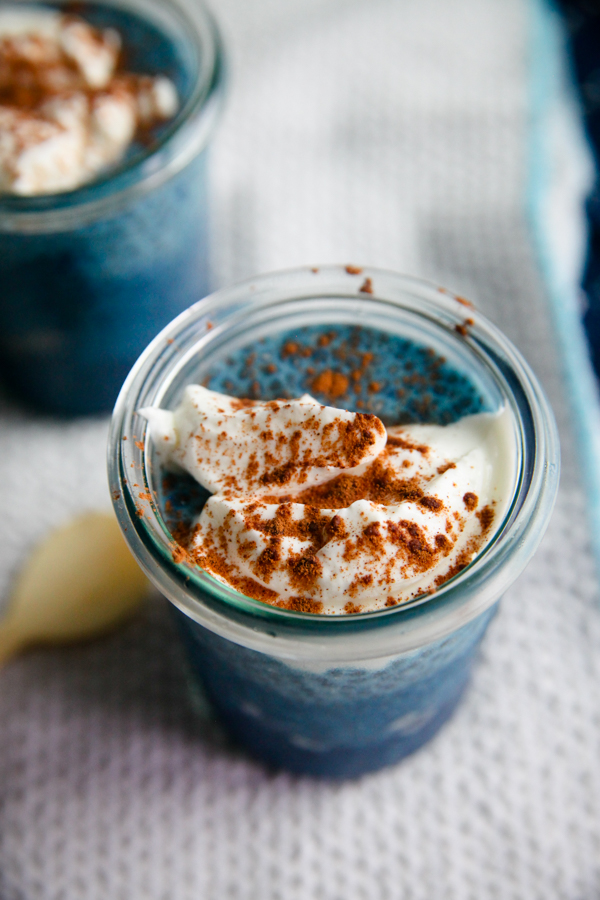