You are here: Home / Weekend / In The Mail, In My Stomach

My application for Winthrop’s ADA Dietetic Internship is in the mail!! YIKES!!! I believe they have interviews in September and acceptance by ADA Matching in November. Now I just have to get through the fall semester 🙂 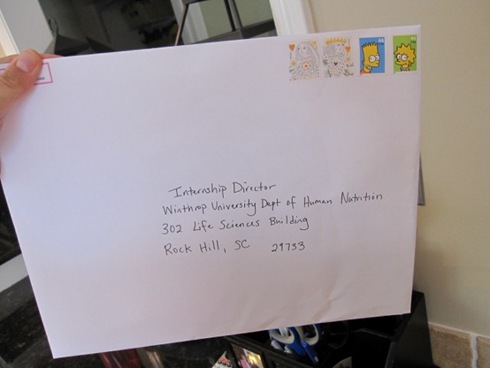 After doing a bunch of stuff for the summit and my life, Matt and I hopped on bike and headed to the gym. I did 30 minutes on the ET and then 10 of lifting. I think my core is weak. It’s kind of hard for me to stand up straight! I’m going to try to work on it and did some abs at the gym.

Once home I was more than ready for a big ole lunch. 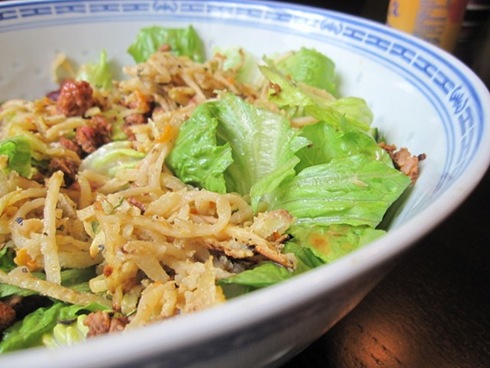 The salad consisted of 1/3 a head of romaine, some raw zucchini, raw bell pepper, half a cooked beet veggie burger from the Great Harvest cookout, and 2/3 of my root veggie pancake (I shared both with Matt), craisins, some cinnamon almonds (which made the salad) and some Annie’s Red Pepper dressing. 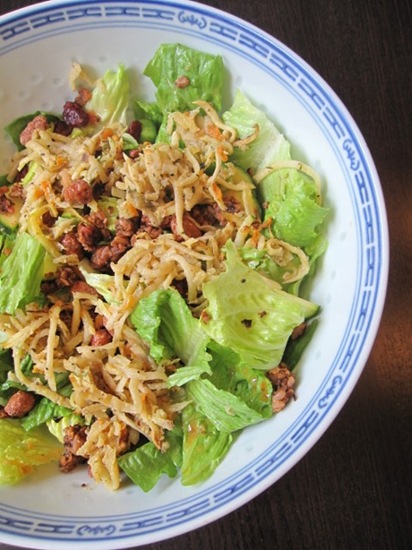 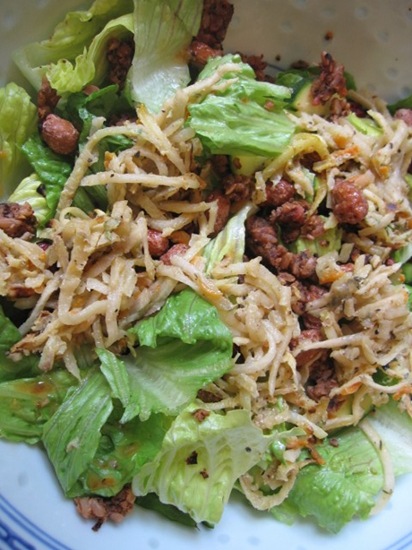 Plus a side of H2O melon 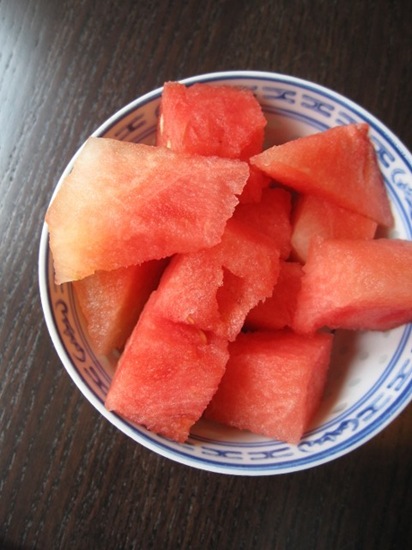 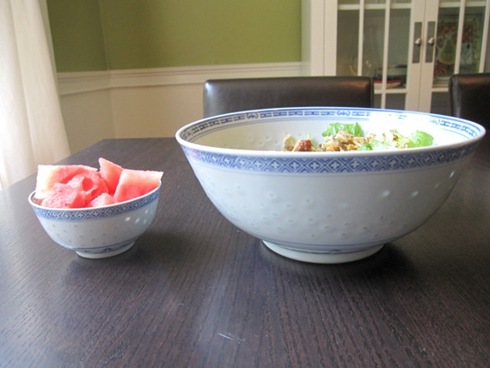 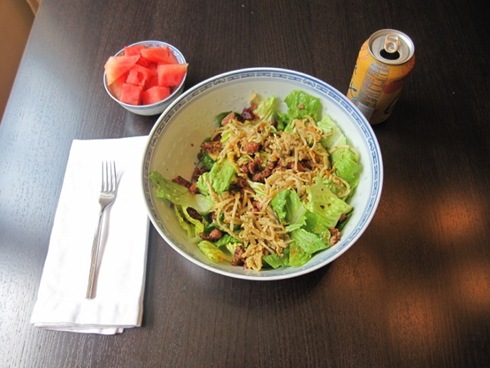 The Best Veggie Burger
When I was growing up in Nashville, my parents would take us to Houston?s, our favorite restaurant, every week. In the late 90?s, Houston?s developed a home made veggie burger for their menu. It was a dark, crimson-spotted, gooey, hickory smoked patty, topped with melted cheddar on a butter-grilled egg bun with shredded lettuce, tomato, pickles and yellow mustard. No question, it was the closest thing to a beef hamburger you could get without ordering the real thing. My mom and sister, both beefeaters, often ordered it because it was a healthier choice and it tasted so good. Here?s
my own version. It?s a work in progress.

Notes: I have found that it is beneficial to refrigerate the patties for an hour or two
before cooking. This helps them firm up a bit. It?s also good to let them sit in the
marinade at room temperature for a while before cooking them.

I’ve got a 3PM conference call but the rest of my day is open for more writing. Hopefully a little lounging near the end 😉

Hope y’all are charging through your days OK!