You are here: Home / Lifestyle / How To Drink Less: One Year Later

Habitual drinking is all around us. But there are good reasons not to drink every day. Here’s an update to my year of “wine on the weekends” and tips on how to drink less. 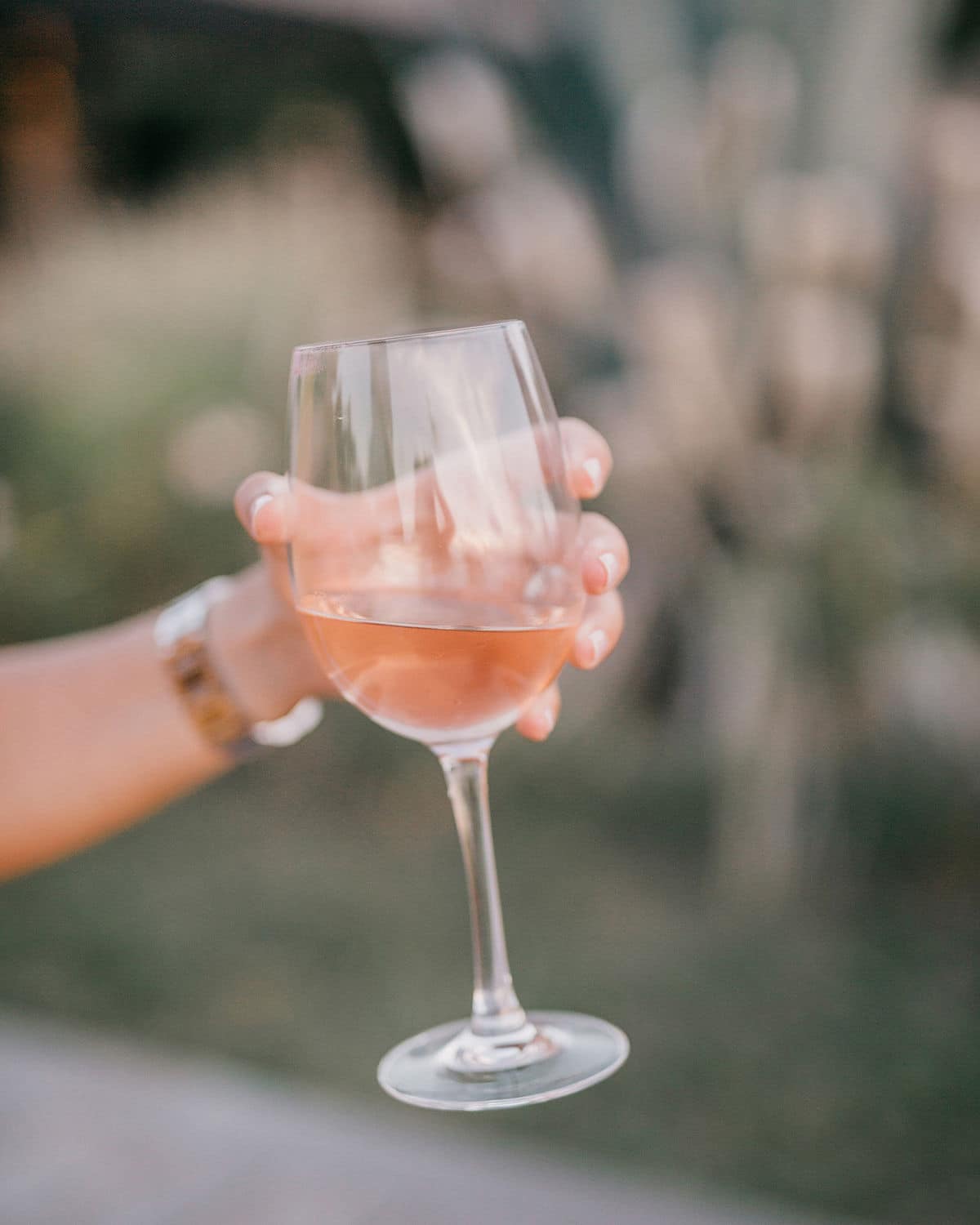 A year ago I wrote a post about a new plan to limit alcohol to the weekends and special occasions only. (“Special occasions” is very loosely defined!) Having a glass of wine with dinner each night had turned into a ritual that I didn’t feel good about (unless it was 5:00 of course!) I knew I wanted to change the habit and had several good reasons to drink less. One year later I can say that this structure worked very well for me!

Reasons I wanted to drink less

1 // Our daily habits make up our health.

While I wouldn’t declare that moderate alcohol intake is itself bad for you, I don’t really think it’s good for you either. I am a firm believer that what we do on a daily basis impacts our health the most. Drinking too much, eating to the point of feeling stuffed, eating nothing green, snoozing through your workouts, getting 3 hours of sleep – none of these things impact much if they happen every now and then. But on a daily basis they would likely lead to less-than-ideal health outcomes.

2// Research says that women should have no more than seven drinks per week for optimal health.

A daily drink plus a little more at social events equals a lot more than seven. (Those lucky men have a lot more wiggle room with their recommendation at less than 14 drinks per week.) Before shifting my habits, I realized I was having more than 7 drinks a week. I was going directly against professional health recommendations.

Alcohol is linked to inflammation, dehydration, poor sleep, empty calories, and a temporary pause in fat burning. I wanted to feel better, sleep better, and shed any excess wine-induced pounds.

How did my year of drinking less go?

So much better than I thought it would! One year later I am sticking to the plan. Now don’t interpret that as “I never had wine on a weekday” because I definitely did. There were times when my desire to drink – whatever the reason – overruled the reasons I listed above. But overall, my “why” won out. Most of the time when my mind drifted to wine I found myself thinking of my list of reasons and the craving would slowly fade. I have realized that my wine-at-5:00 habit is linked to feeling like the daytime is over and it’s time to wind down (wine down) for the evening. So I have worked on other ways to celebrate that transition.

Having a strong “why” was the key to my success.

You can’t just proclaim “I’m going to do X” if you don’t believe in and understand your why. For me, my why was my health. I knew deep in my heart that as a dietitian, wine everyday was not a habit I would recommend to anyone. And so I needed to follow my own advice.

The biggest challenges were Thursdays and Sundays

I was surprised by this because I would have assumed that either Monday or Wednesday (midweek) would be the hardest, but it’s actually easier when you get on a roll. But Thursdays often taste like Fridays – there is a whisper of weekend in them – and I find myself more tempted on Thursdays than any other night. Sundays I can take or leave. Sometimes Sundays feel part of the weekend (like if we had friends over to watch football or a Sunday party), but other times they feel part of the week and occasionally I skipped a drink on a Sunday just because.

Isn’t that weird? I have no idea if it’s related to cutting back or if it’s just a phase I’m in. It could definitely be related to the winter months. It could also be related to recognizing that my craving is linked to the end of the day. I also feel that when I do drink I’m drinking less than I used to. My BFF Sarah and I often say we never want to have more than 2 (maaaaybe 3) drinks in one party night and to hold each other to that. Because it’s just never worth it to feed badly overnight or the next day. I have no desire to over drink!

I know some of you love your daily vino and others of you choose not to drink at all. I’d love to have a discussion in the comments about your own habits and why you choose them. Have you ever made a big change and how did it go?