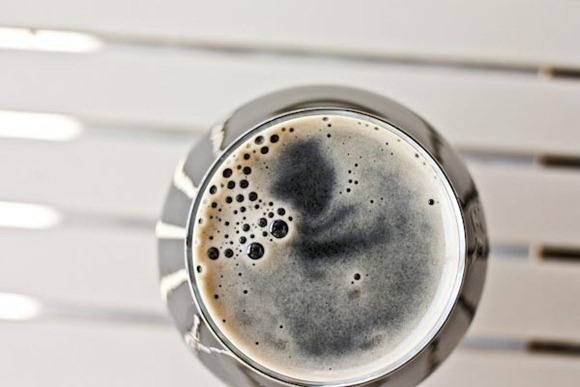 I have complicated thoughts about alcohol. On the one hand, I think it’s delicious, relaxing and fun to drink. On the other hand, I don’t think it’s really all that good for you, and hangovers and empty calories leave me with regrets. Writing about alcohol is a touchy subject that can easily be interpreted to sound like one has a drinking problem – my intention here is just to keep it real. {Note that there are serious reasons to remain sober, but I am not discussing those here.} 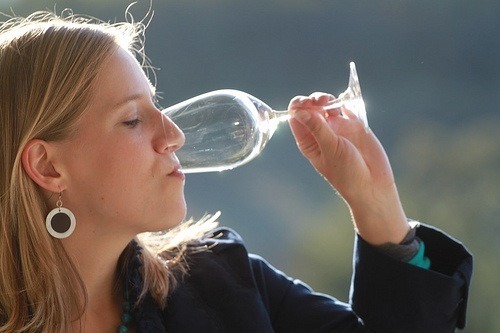 -In our family alcohol is social and celebratory. We love everything about cocktail hour – the appetizers, the conversation, the relaxing beginning of the end to the day. And of course we like the fun that comes with tasting something new.

-I love craft beer and wine. And I also love bourbon!

-If I’m at a free-flowing alcohol event (like a party), I try to have one drink during cocktail hour and another during dinner and stop there. But realistically speaking, there is often a third, as my dinner glass is usually emptied faster than anticipated!

-More than 2 drinks and I am guaranteed to have a hangover – unless I’ve had an abnormally large meal or my party is earlier in the day. No amount of water before bed will help. Trust me, I’ve tried.

-I am good at pouring really small glasses. I might have 4 “glasses” of wine at a party but at 3 ounces each, they tally up to the equivalent of 2.5 real glasses.

-Having a drink with dinner makes me happy.

-Opening a bottle of wine is a commitment. The fear of wasting the second half of the bottle keeps me from opening one on the weeknights.

-Late this summer I bought a box of wine (Bota Box – the good kind!) and thought its shelf life would encourage me to have just a small glass. I was right – I did drink small glasses. But my frequency of drinking went up. It was hard to say no to a small glass with dinner every night – it was just a small glass! Food just tastes so much better with alcohol and vice versa. But since I finished that first box, there have been no more boxes of wine in my shopping cart. I didn’t think it was the best habit to start.

-I’m actually surprisingly good at knowing when to stop drinking. I rarely get more than tipsy. I’m just too scared of a hangover. The only times I get into trouble are when I’m at an event where my glass is filled for me or the wine is top notch.

-Have I ever blogged under the influence? Yes, I am sure this post was written in an altered state!

-Living with kegs in the basement definitely makes it easier to imbibe. However, I never drink alone or during the day. I let Matt be the gatekeeper, but he does bring me tastes of new beers to try when I am not really in a drinking mood and I taste them anyway. {Think 8pm when he’s transferring a new beer into a keg and I’m at the computer wrapping up my day.} How can I say no to taste-testing a new flavor?

-I drink a serving or two of alcohol 2-3 times a week, but I may have sips of Matt’s beer 2-3 additional nights just for taste. Half of the time that might be just a tiny pour of the beer Matt is having or a small glass of wine from a leftover bottle from the weekend – not much. The other nights I might have a full beer or a full glass of wine plus a refill with dinner. I try not to have anything more than a few sips on weeknights (as part of the Squiggly Line Effect mantra), but some weeks we seem to have celebration after celebration (friends over for dinner, a mid-week event, book club, a date night) and my goals are squashed. 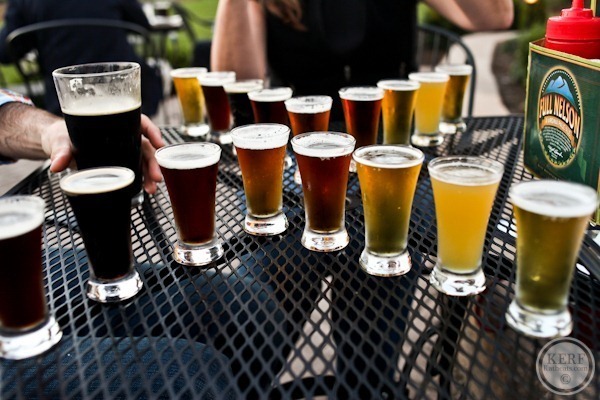 If you were to ask me my professional thoughts on alcohol, this is what I would say:

-Despite what you see on the news, I just don’t think it’s that good for you. Yes there is research to support that a daily drink lowers risk for disease, but I don’t totally buy that it’s the ethanol itself that is doing all the good. You know the old saying: People love to hear good news about their bad habits. Ponder this article.

-When you drink your body temporarily halts fat burning in your liver so it can focus on breaking down the alcohol. This means that whenever you’re drinking you’re not burning fat. Bummer. Moreover, your body uses an enzyme called alcohol dehydrogenase to break the alcohol down into acetaldehyde and then acetate. It burns this acetate before any other fuel. So if you’re drinking and eating buttercream frosting, while your body is processing the alcohol the buttercream is going straight to your hips.

-I don’t like to put numbers or rules on things, but my general recommendation would be to drink once during the week and once on the weekends. Twice on the weekends if you’re a social butterfly. I think a Wednesday night drink breaks up the monotony of an otherwise healthy week.

-I know from lots of parties and 9 months of pregnancy that one of the most important parts of social drinking is holding the drink. So a club soda or a lemon-lime-simple syrup martini will often be nearly as enjoyable as the real deal.

-Remember that one drink is only 5 ounces of wine, 12 ounces of beer or 1.5 ounce of liquor. A pint of beer at a restaurant is 33% bigger than one serving. And if you’re pouring wine at a party chances are your glasses is a few ounces past 5. Get a measuring cup to see what 5 ounces (or better yet – 4!) looks like in your everyday wine glasses.

-I just about cried when Matt told me how many calories were in one of his home brews. Since he brews ‘em strong, some of his richest beers are close to 30 calories per ounce. That’s 400 calories in a 12 ounce glass! I started becoming more mindful of my craft brew consumption after learning this tidbit.

-I recently heard an interview by the author of the book Drink: The Intimate Relationship Between Women and Alcohol.  The author discusses the rise in alcohol consumption in women and the effect of their risky drinking on society.

-If you’re anything like me, alcohol increases appetite. Research has shown an increase in food consumption when drinking. All I can say is: be careful!

Ultimately, I think drinking can be part of a healthy lifestyle. It’s a part of mine. Enjoying a glass of wine, beer or cocktail is a part of human social history that I am happy to partake in. What is most important is that you drink in moderation and drink responsibility. I think Amelia says it best in her post on alcohol: “Think of alcohol as junk food – it’s fine to indulge, just not in excess.” And I need to practice what I preach : ) 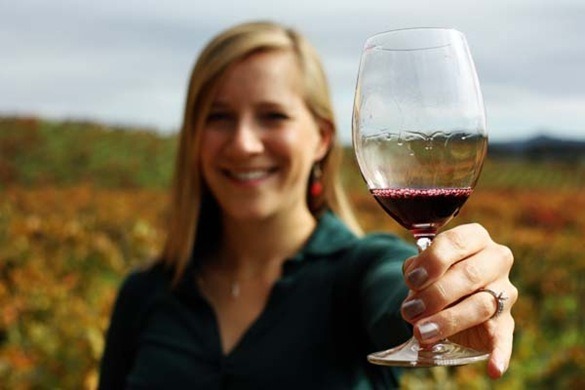