Here are the final meals before we were kicked out of our kitchen for a few days : )

I bought some oat bran last week for Mazen and me and he actually liked it! But only when he got his own bowl and spoon. I think it was the novelty of it all that won him over. He did seem to like it though. He hasn’t shown as much interest in oatmeal because the oats are much bigger in texture. Oats and lentils get spit back out these days! But the texture of oat bran he liked.

I filled my bowl with raspberries, pom arils, some Naked Granola and sunbutter. 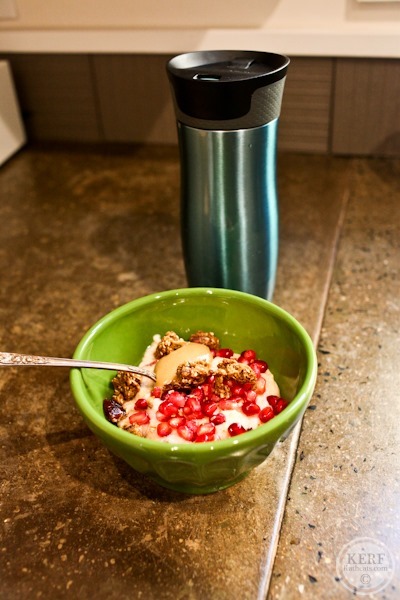 Here’s the second serving I had later in the week. This one was topped with some coconut whipped cream I made for a recipe, Great Harvest Autumn Spice Granola and more raspberries. 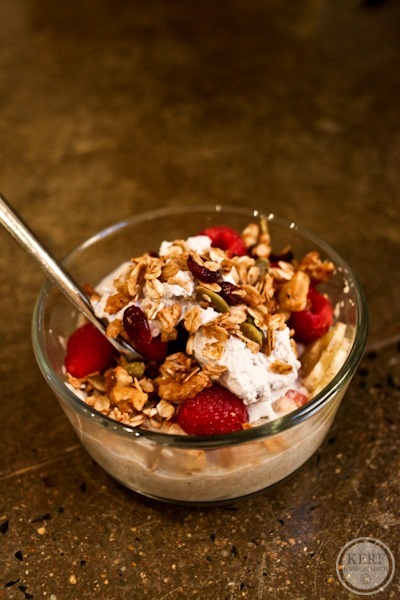 Another morning I packed a High Five roll with egg, jam and sun butter. With banana slices and grapes on the side. 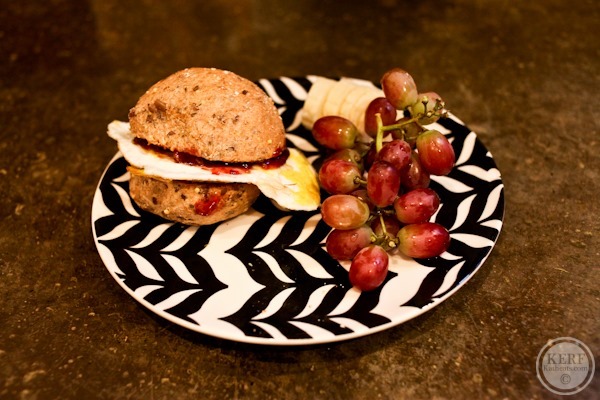 And finally, a Thursday morning breakfast with Matt featuring fluffy eggs, apple slices, toast with butter and ham and berries. Can’t wait for our new counters to brighten up these dark mornings!! 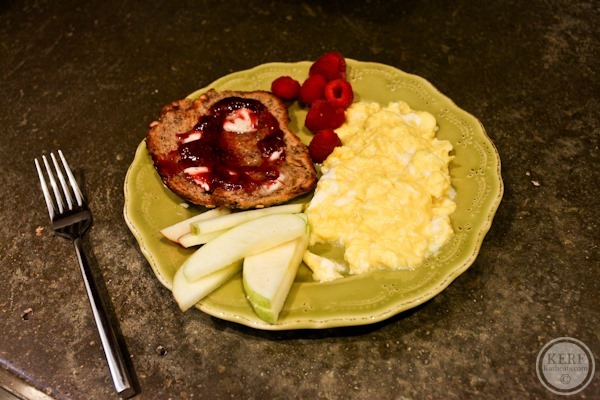 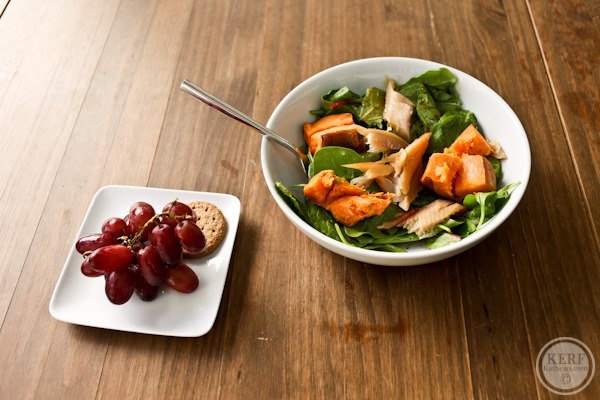 First up on the lunch menu was a salad with smoked trout and leftover baked sweet potato. My greens were dressed in a homemade dressing I made on the spot: lemon juice, honey, olive oil, dijon and salt. 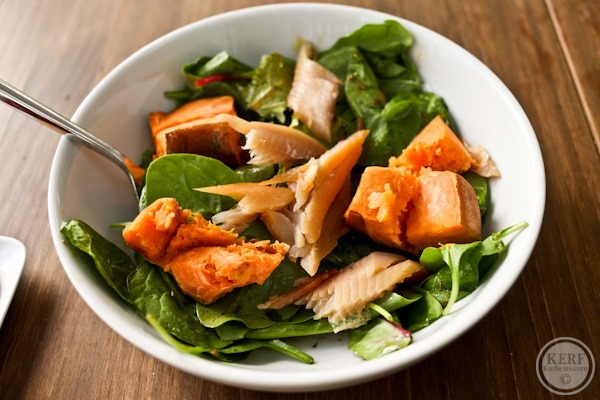 On the side: a few grapes and a whole wheat cracker – love the Carrs ones and so does Mazen! 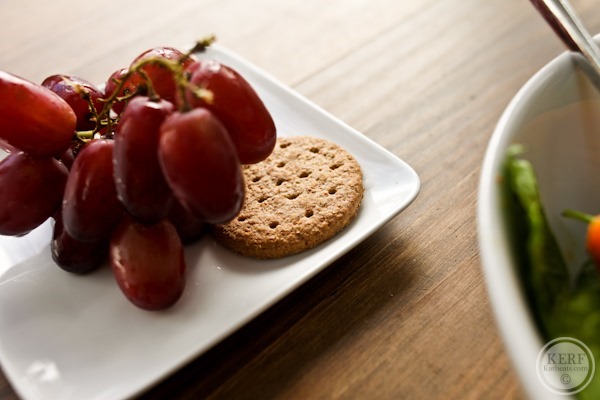 Next salad of the week featured spinach, more of that dressing from above, leftover sweet potato fries, herby cheese and orange slices on the side. 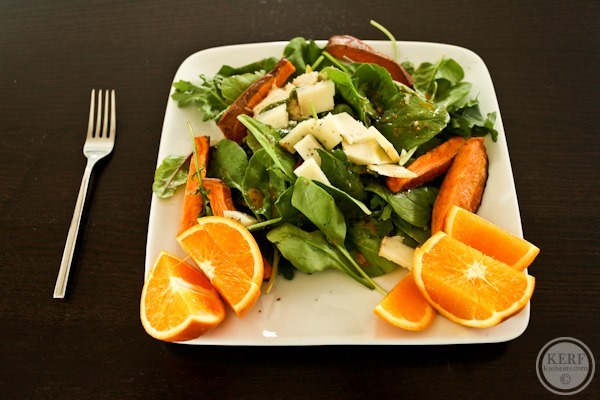 On a salad roll! Sardine salad made by Matt that I had as leftovers over greens with grapes and a roll. I am not getting enough sardines in my life! 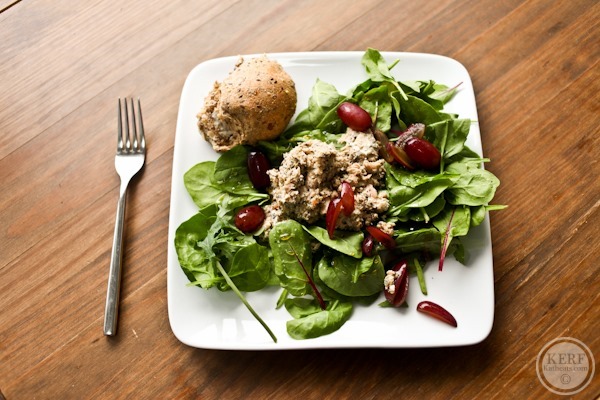 Salad #4 was a No Bull Burger (new flavor TBA!!) with local greens and sweet potato fries. Cheese in there too, with a honey + olive oil dressing. 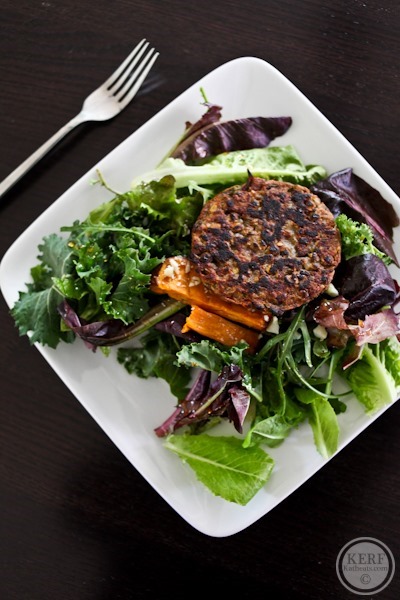 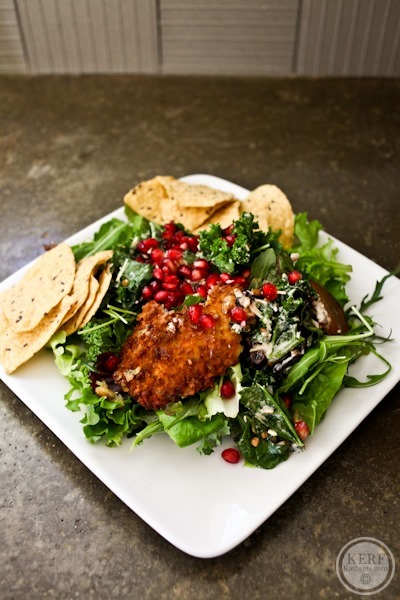 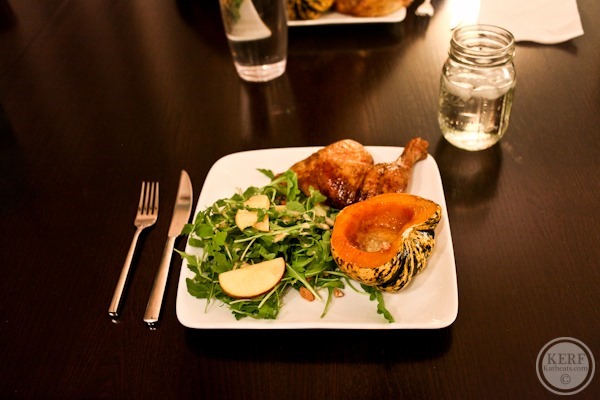 I picked up a rotisserie chicken from Whole Foods on Sunday to use for dinners throughout the week. We had whole pieces the first night and shredded the rest for Mazen. On the side I roasted squash halves and filled ‘em with some butter and brown sugar. Lastly, an arugula salad with apples and pecans. 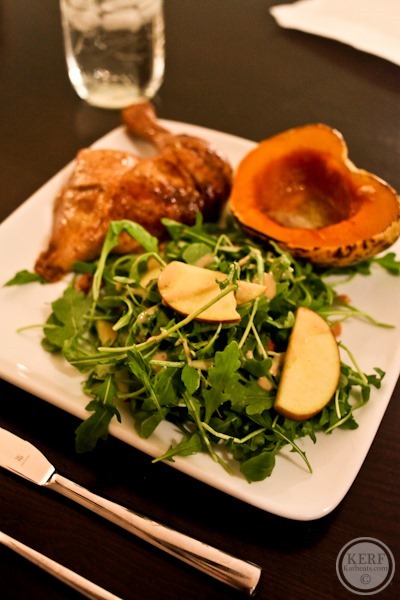 Night 2 Karen came over for dinner. She brought some Mona Lisa Pasta Chicken Marsala (we have been eating all of their meals lately!) which we served over some noodles. I was in charge of making stuffed peppers. 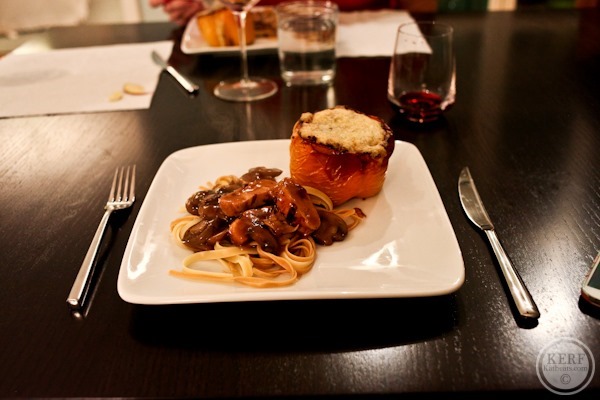 I really wish I had written this down because these peppers were amazing! I used leftover red quinoa and mixed that with some local olive tapenade and pine nuts and we baked them for an hour with Dill Havarti cheese on top. They were smashing! 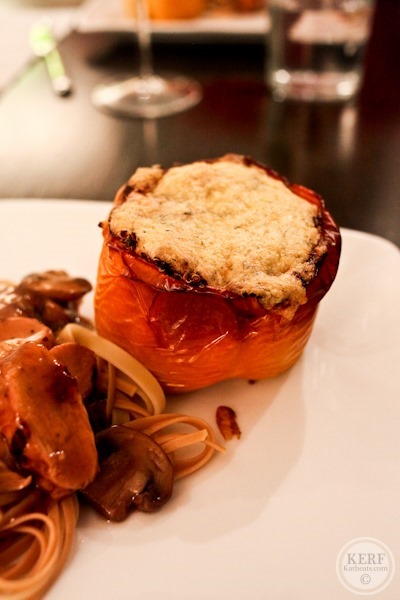 Nacho night followed. I opened a huuuge bag of tortilla chips we bought before Mazen’s first birthday and we needed to use some up. Nachos to the rescue! 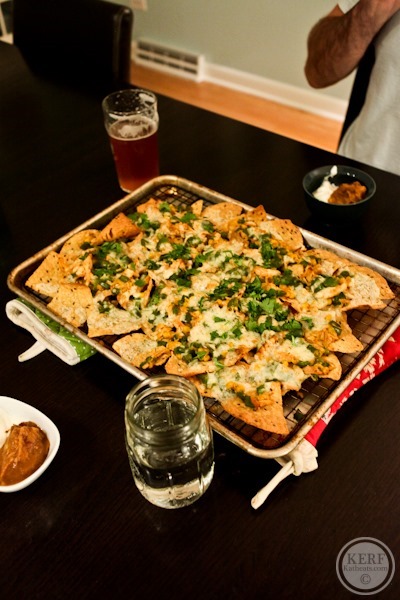 They were smothered in shredded chicken, corn, sauteed green peppers in Southwest seasoning and baked with more Dill Havarti cheese. We finished the dish with fresh cilantro and dunked them into salsa and plain yogurt. 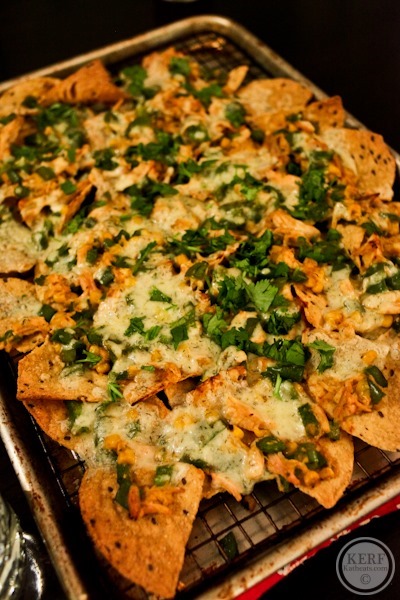 Mazen even loved having a few chips! 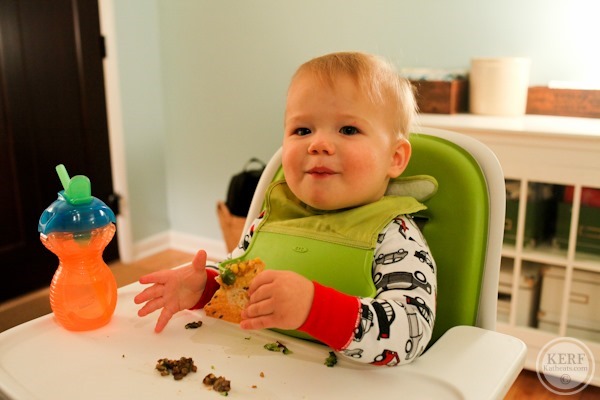 And last but not least, more jambalaya!!! We froze two servings and they reheated quite well. I will miss this meal now that it’s gone, but all the more reason to make it again! 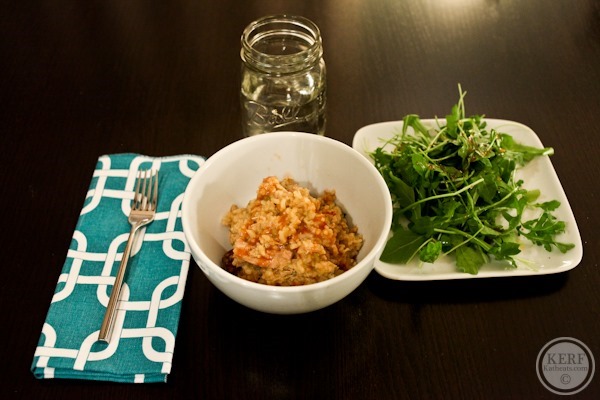