A few weekends ago our good friend, beer partner and former bakery employee Jeff came over to cook up a storm. Jeff’s wife is working on her medical residency out of town for a few weeks, so we decided a group dinner would make a lonely weekend more festive. 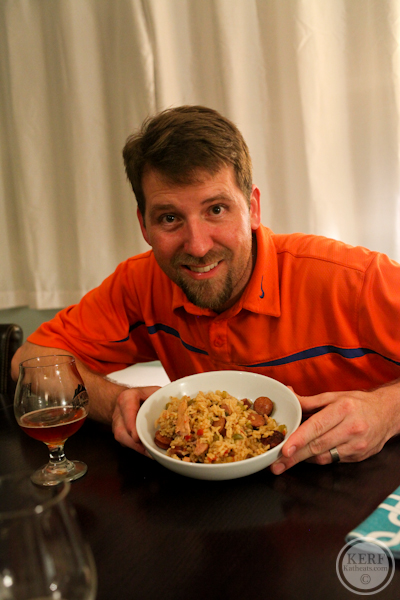 Jeff mixed our sponges and doughs for a few months while he was looking for a job after he and his wife moved to Virginia. He actually has a doctorate in music! We were happy and sad when he left the bakery for a music teaching position.

Before coming to Charlottesville, Jeff spent over a decade in and around New Orleans. He was in Louisiana when Katrina pounded ashore in 2005, and he had planned to ride out the storm at home until a last minute plea from his mom (who happens to be named Katrina) sent him northward. As it turned out, Jeff’s house in Slidell completely flooded. He lost everything in the hurricane but went back and rebuilt. 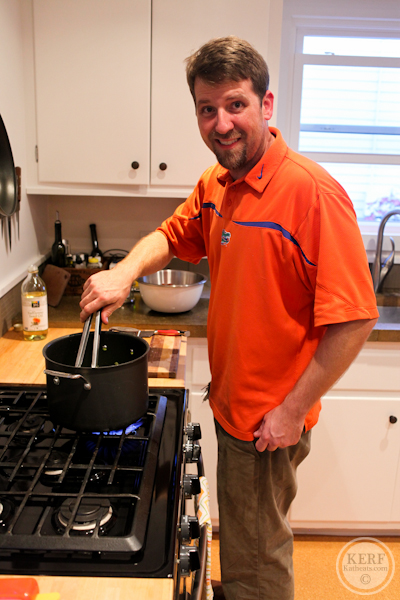 While studying music at LSU, Jeff needed a job to help pay the bills and was hired as a cook. The first Cajun dish he learned to make was chicken sauce piquante. He later mastered all of the great Cajun dishes, jambalaya included. Many jambalayas contain scraps of meat from the week’s meals, often chicken and duck. Our version featured chicken and Andouille sausage. 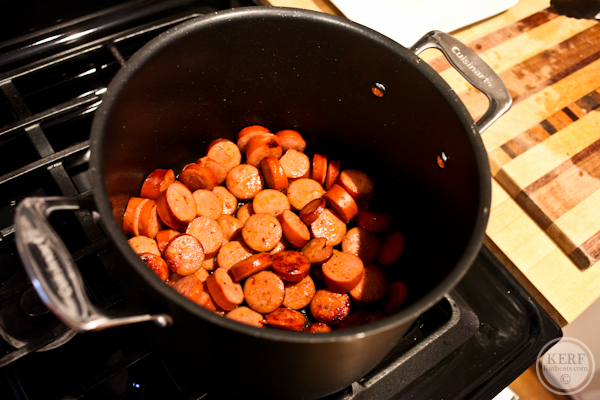 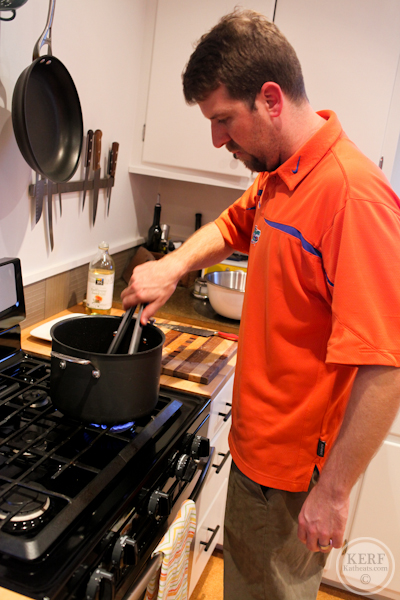 You may be wondering how I convinced Jeff to leave out the onions – one of the three vegetables in the Cajun holy trinity {onions, bell peppers and celery.} I didn’t! I wanted the dish to be as authentic as possible, but I did have him chop them on his own cutting board and cook them until they melted into the rice ; ) 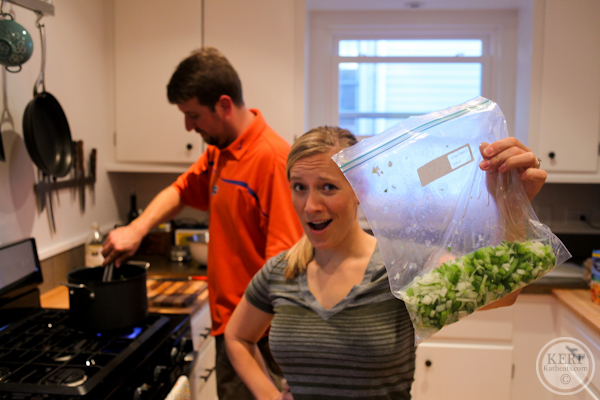 While the dish took a while to simma down, the recipe was surprisingly easy. And warning: it makes a HUGE pot! We had big servings for dinner two nights in a row and at least 6 more as leftovers. This recipe feeds a crowd. When we reheated the leftovers, we added some water to rehydrate the rice – just enough to moisten it through. 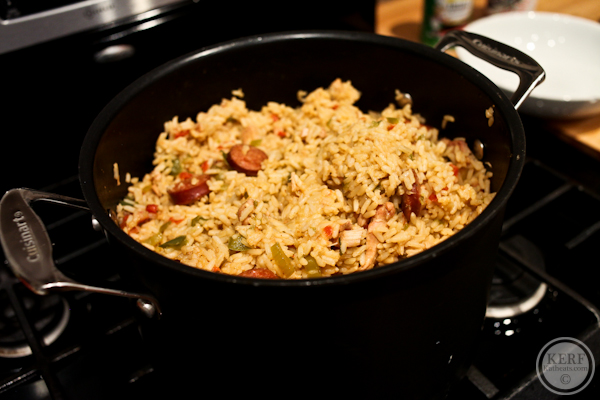 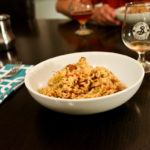 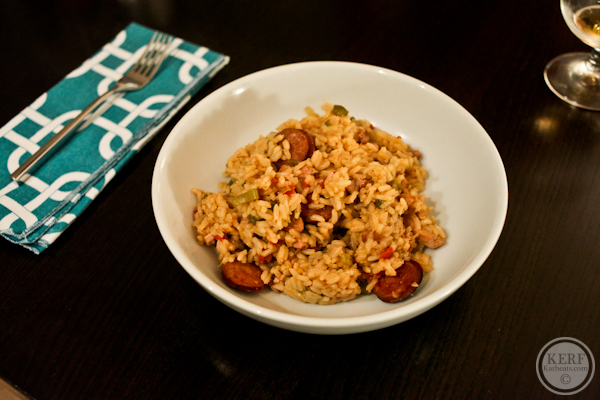 I absolutely loved the jambalaya, and the Andouille really made the dish. It not only added an extra layer of seasoning, but the kick from the spices left my mouth just barely on fire and excited the whole meal.

I asked Jeff if it was appropriate to enjoy my jambalaya with a dollop of plain yogurt. His answer: “Absolutely not.” Ha!

And finally, this was my first time trying the Louisiana Crystal Hot Sauce. Man was it good! Much better than Cholula, Frank’s and Tabasco combined, in my opinion. 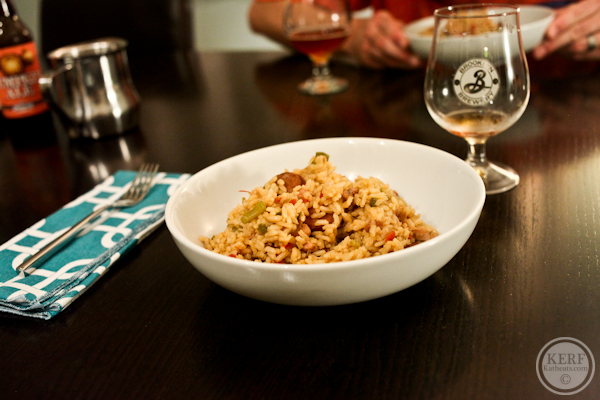 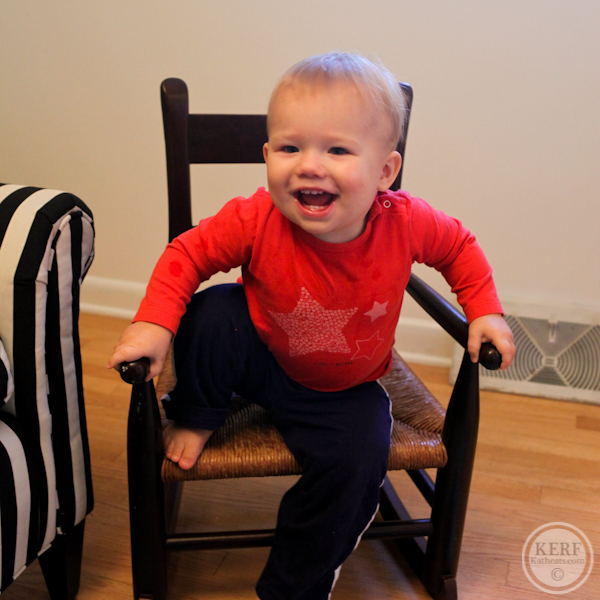