I’m not a fan of lunch-on-the-go because you don’t get to enjoy the food if you have to wolf it down between classes!! I’m thankful I don’t have to do this everyday like some of you with crammed schedules. But it was kind of fun to have something every hour!

I got a little hungry around 2:00 right before Cultural Foods (Christy and I did our usual 30 minutes of walking between my 12:30 and 2:00 classes), but I didn’t have time for my sandwich and didn’t want to crunch an apple during class, so out came the trail mix. I took this photo right before I went in the building.

This was a combo of pumpkin seeds, raisins, and dark chocolate chips from a trail mix, plus some salted mixed nuts, plus Kashi H2H, plus a few TLC crackers. I loved all the variety! 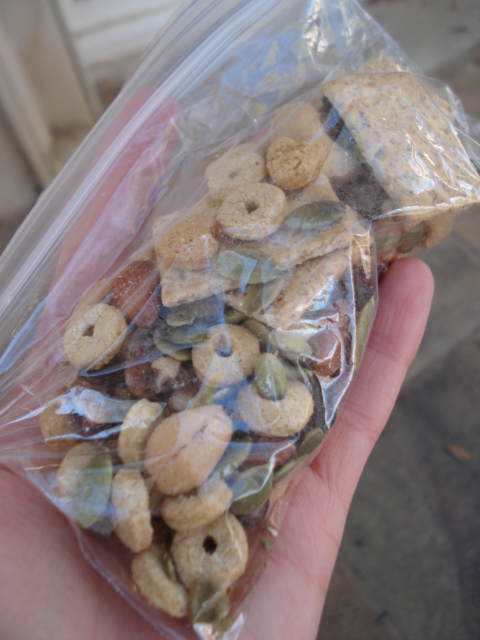 Then at 3:15 after Cultural Foods I had my apple while walking back to my car. What a beautiful blue sky day it is! 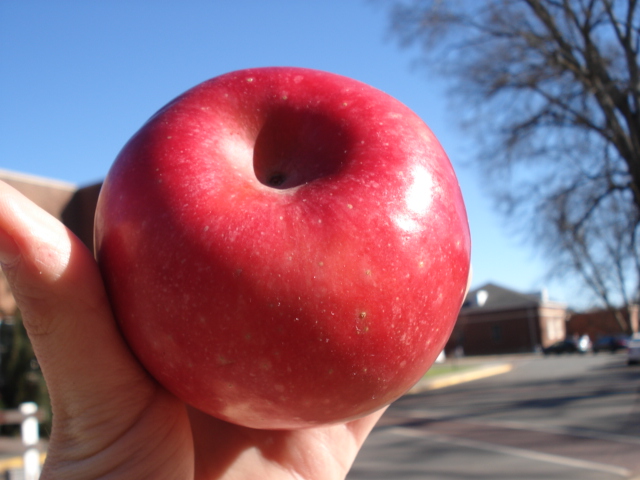 This sandwich was AMAZING! Turkey breast, raspberry jam and Asiago cheese on oat/walnut bread. A. Mazing. The husband thought it looked disgusting, but I thought of the jam kind of like turkey + cranberry sauce (which I love right after Thanksgiving). And I love anything savory made sweet! The bread was about 2.5 oz, so it’s the equivalent thickness of 2+ slices of normal loaf bread (hence the half sandwich). I toasted it in the oven when I got home at 4:00. 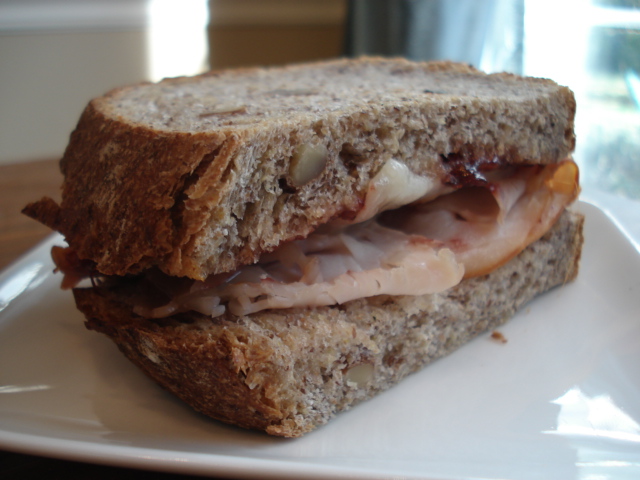 With my sandwich I had a glass of chocolate milk made with 1 tbsp of Nesquik no-sugar-added. 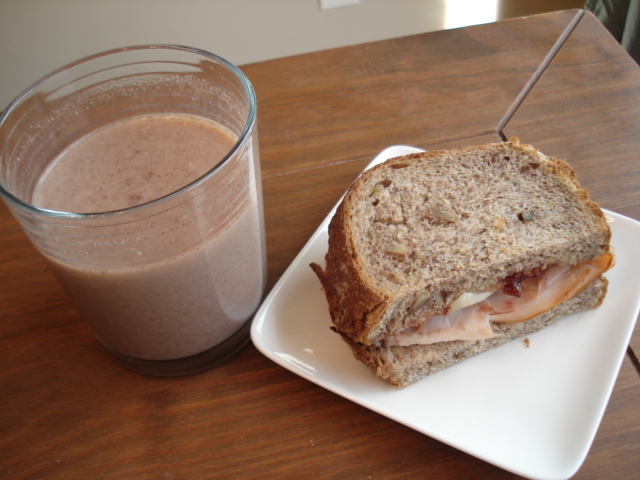 Oh yeah, I forgot to post this this morning: