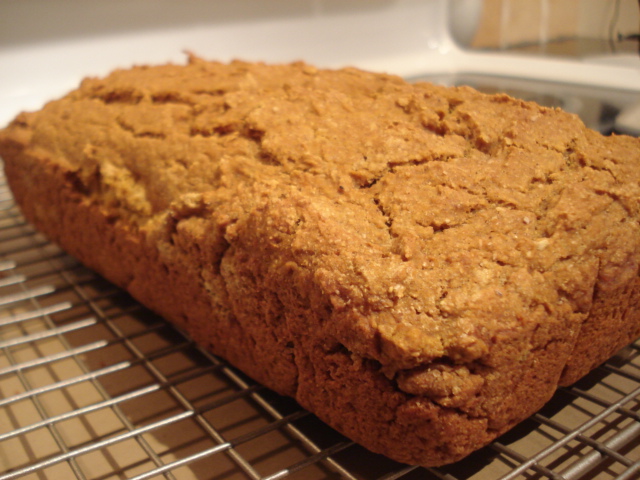 I have Baker’s Itch. I don’t know where it came from – both in general and tonight – but I just wanted to bake another pumpkin loaf! This time, I made VeggieGirl’s version with no egg, hemp milk and whole wheat pastry flour = DOUGH!! I think the egg made it too suspended last time and the milk, extra pumpkin and finer flour really kept the moisture in tact.

I also sifted the dry ingredients with my grandmother’s antique flour sifter (hope this was sanitary but I don’t really care!). I think that probably helped a lot since my ingredients like to clump. 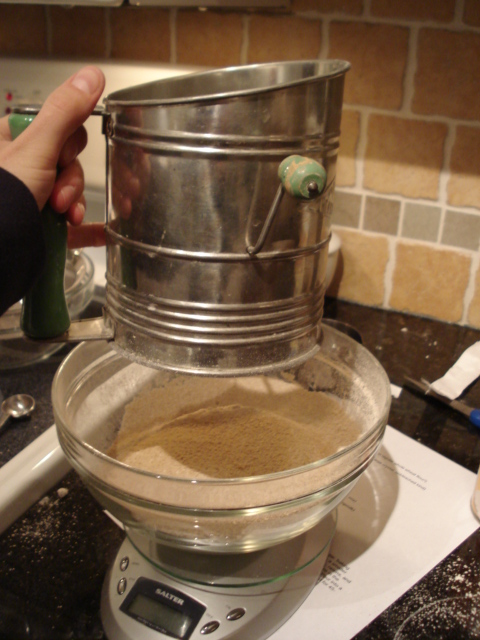 Veg’s recipe called for pecans, raisins and 1/3 cup maple syrup, which I reduced to half a tablespoon so I could just drizzle it on top if I want a sweeter bread. I left out the mix-ins for the same reason – I’ll add them back if I want more omph! But for a pre-workout snack I like it simple and pumkiny 🙂 I also used brown sugar instead of white.

Here’s mine simplified to just a pumpkin loaf: 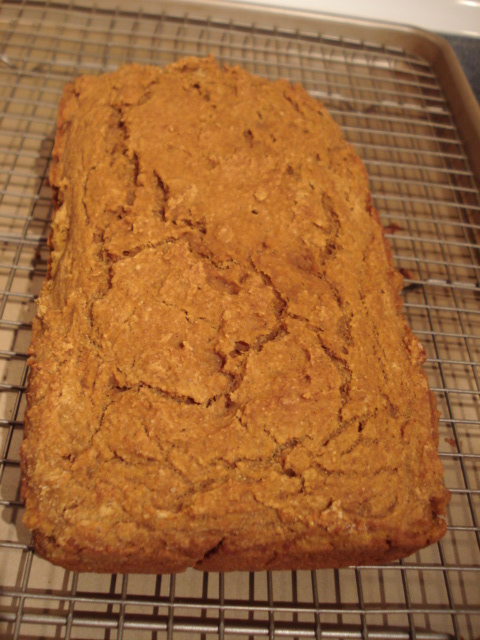 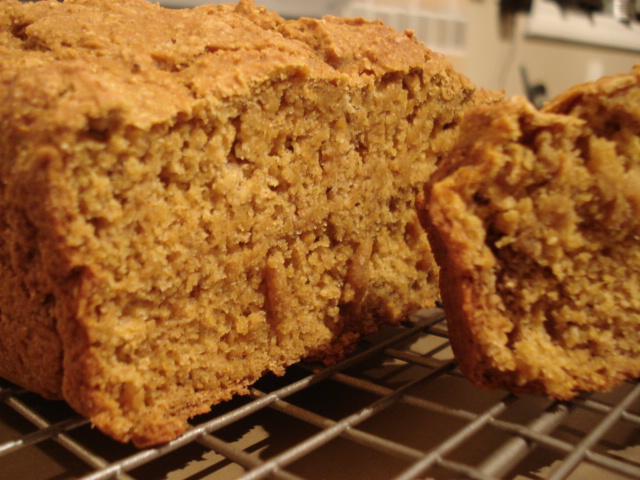 My dessert slice (about 140 kcal, 4 grams fiber and 3 grams protein – and super healthy!) 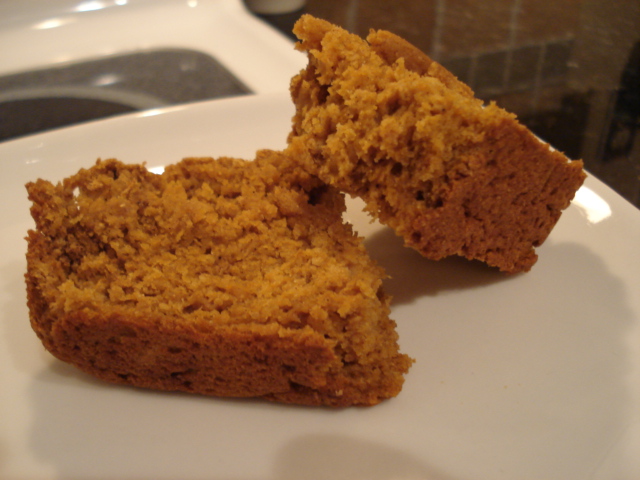