Birch is 9 months old and I’ve been using Beautycounter for 4 months. Here are some updates! 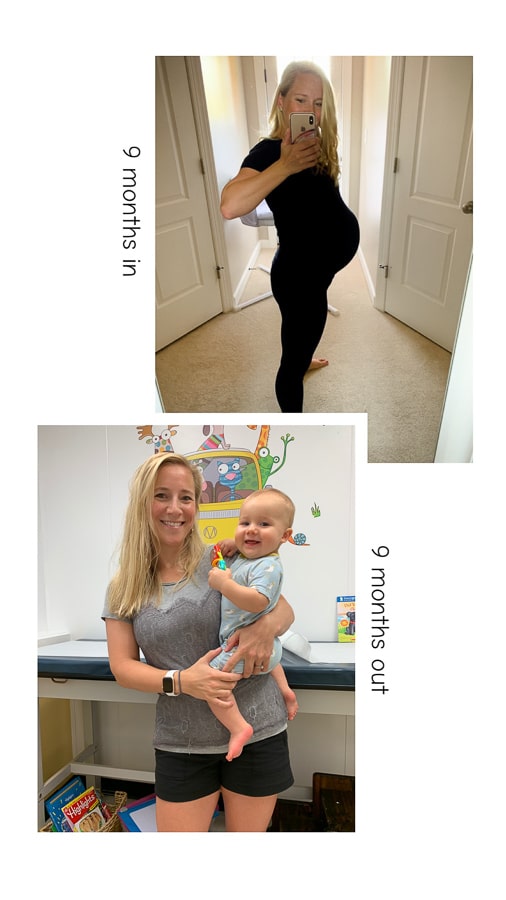 Here’s my favorite photo from little Birch’s first day of life! I had just taken a shower. My hair was still damp and I had just a touch of makeup on. I can’t remember if I put any CC cream on my face, but if I did it wasn’t covering up much. My eye goes right to the sweet baby in the photo, and my complexion was the last thing on my mind. 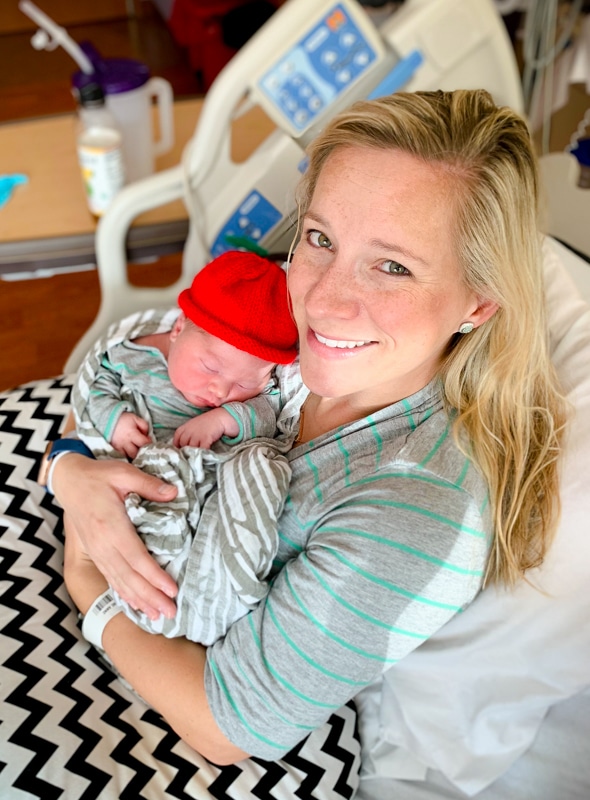 But if you zoom in on me, you’ll see my complexion was super splotchy. All that brown is called melasma, and it’s a side effect of pregnancy hormones. It’s the same reason many women (myself included) get the linea nigra line down the middle of their stomach. Pigments over the whole body get darker. It can take a really long time to fade as hormones regulate after birth. After Mazen I had the same melasma and I used an over the counter product with hydroquinone to help fade all the dark spots. I cringed when I looked it up on Skin Deep to find that it has high hazard rating. (I don’t remember the name of the product I used after Mazen or if I waited until I was done nursing to use it.)

You guys know that I joined Beautycounter back in April and have been using their Overnight Resurfacing Peel and Brightening Oil since then, plus more recently the new Countertime line, which is designed to reduce the look of wrinkles, firm skin, and create a glowing complexion. All are safer choices for skincare and are safe for nursing mamas.

While there are too many variables to make any claims (and melasma does fade naturally eventually) it’s fair to say that my complexion is SO MUCH BETTER than it was. 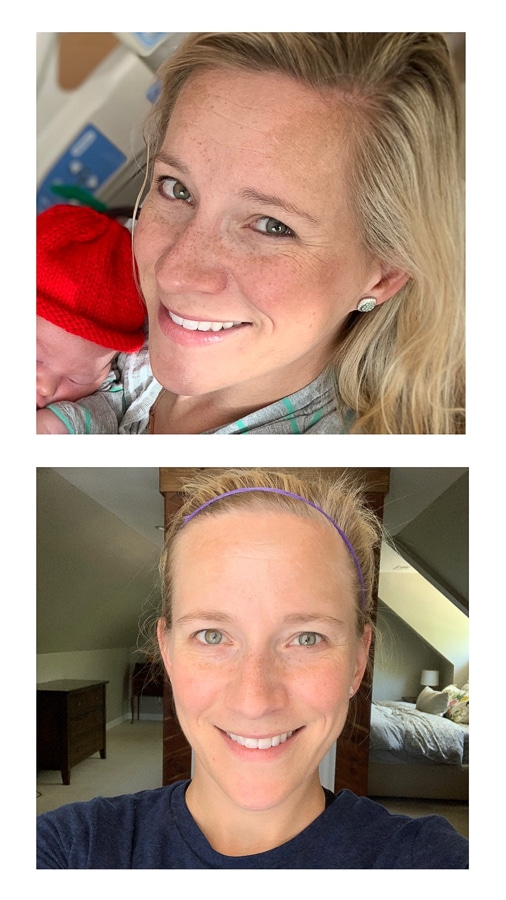 Before + After: 1 month of Countertime

It’s also near the end of summer, and I’ve been to the beach for a week and playing soccer in the sun with no hat, and I still don’t have nearly as many dark spots that I did a year ago. The biggest difference I’ve noticed since starting Countertime is that my 3 forehead wrinkles are much less deep. At least when I’m not raising my eyebrows (which I apparently do a lot! Hence the wrinkles!) In these pics I notice a smoother forehead and less freckles and a bit more glow. 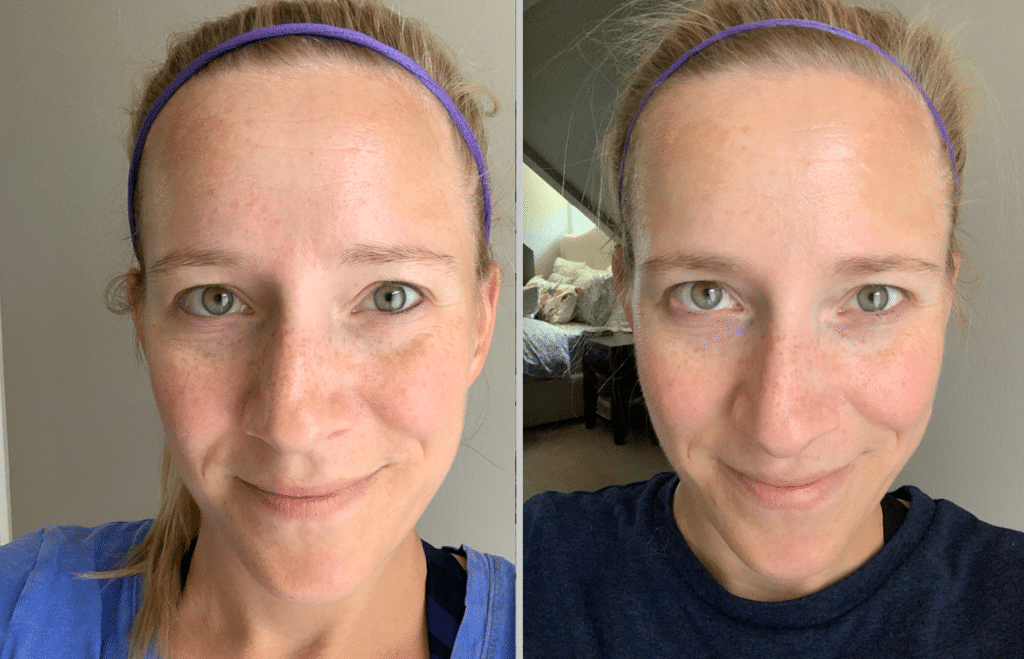 When I look back to this pic from April (I know you all are tired of it!) I have to wonder myself if this is just the worst photo ever or if my skin was really that bad. I don’t remember it being that bad, but this was just a random day! (I do think I am raising my eyebrows a bit in both pics.) 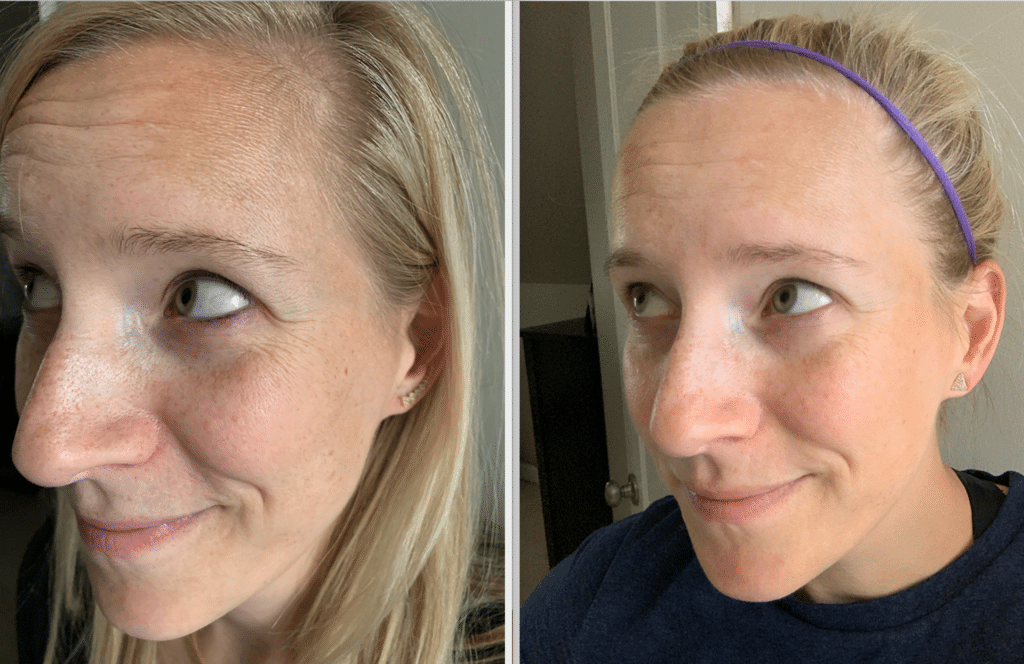 The lighting here is not ideal because of the shadows (I took both of these in my bedroom alcove though), but I notice the lines around my eyes the most. Most of all, my skin was soooo dull in these befores. I used to wear makeup 100% of the time, so maybe that’s why I didn’t realize it was so dull on a daily basis. 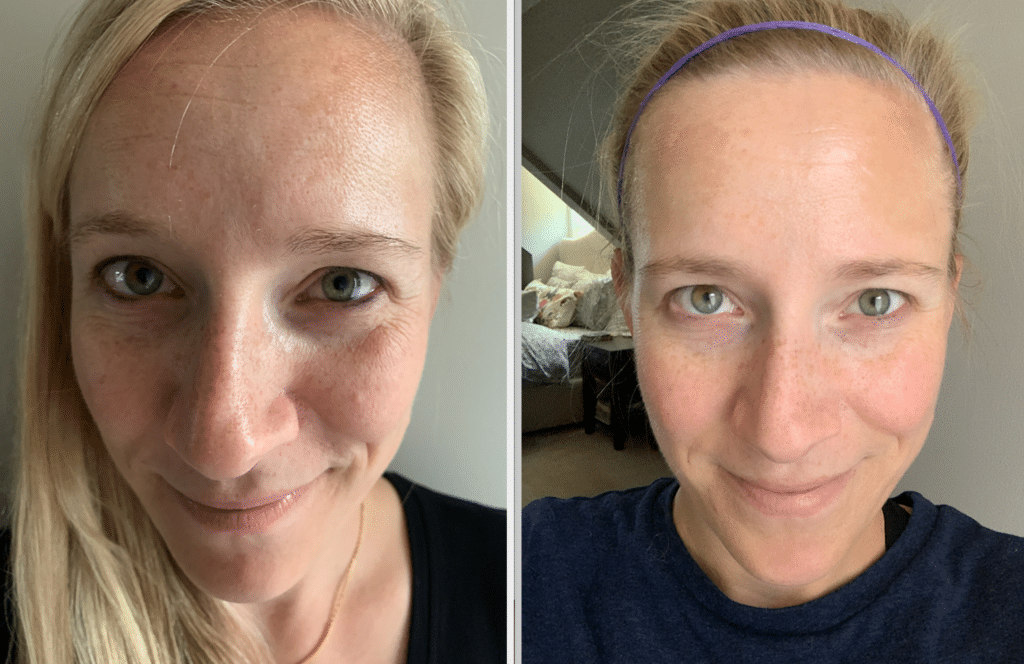 THIS WEEK Beautycounter is 15% off site wide! Everything is 15% off (except the regimens, including Countertime unfortunately) so if you’re wanting to spruce up your routine and switch to safer, now is the time. You can find everything I’ve been using on my Beauty page. 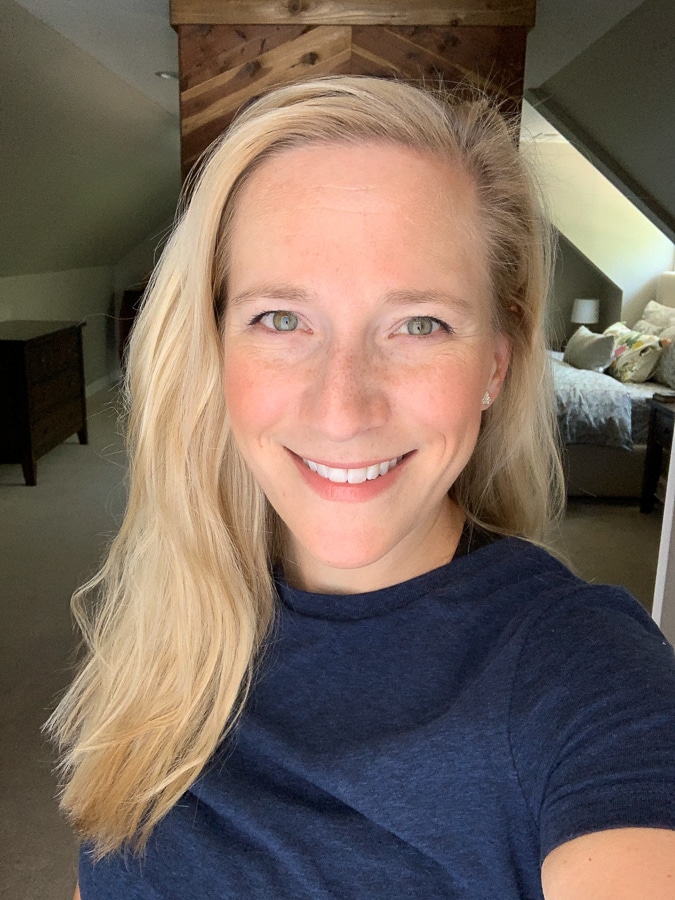 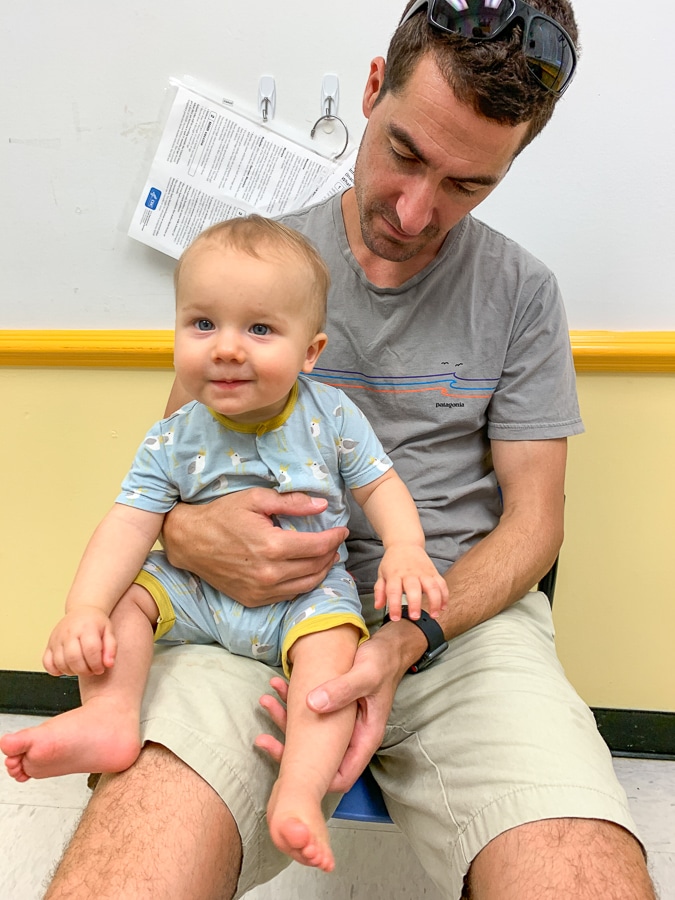 At his 9 month appt he was 19.5 lbs and 27 inches long. As a reference, his big brother was almost 23 pounds at that same appt!! Mazen was heaaaavy. 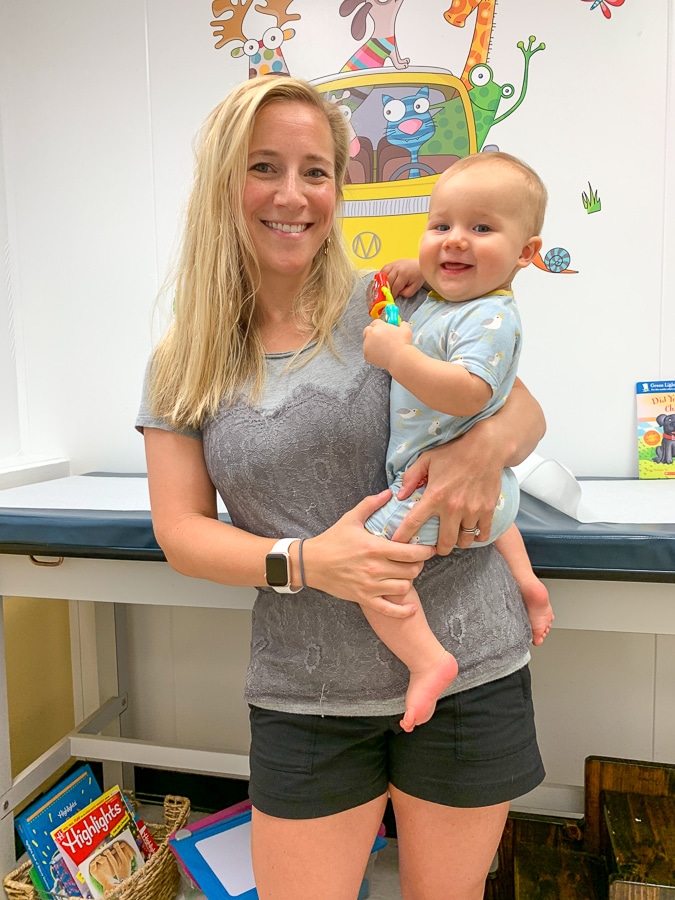 The sweetest, cutest little boy ever!

When I think about him ever being this small I want to burst into tears!! How did all this time pass in a blink? 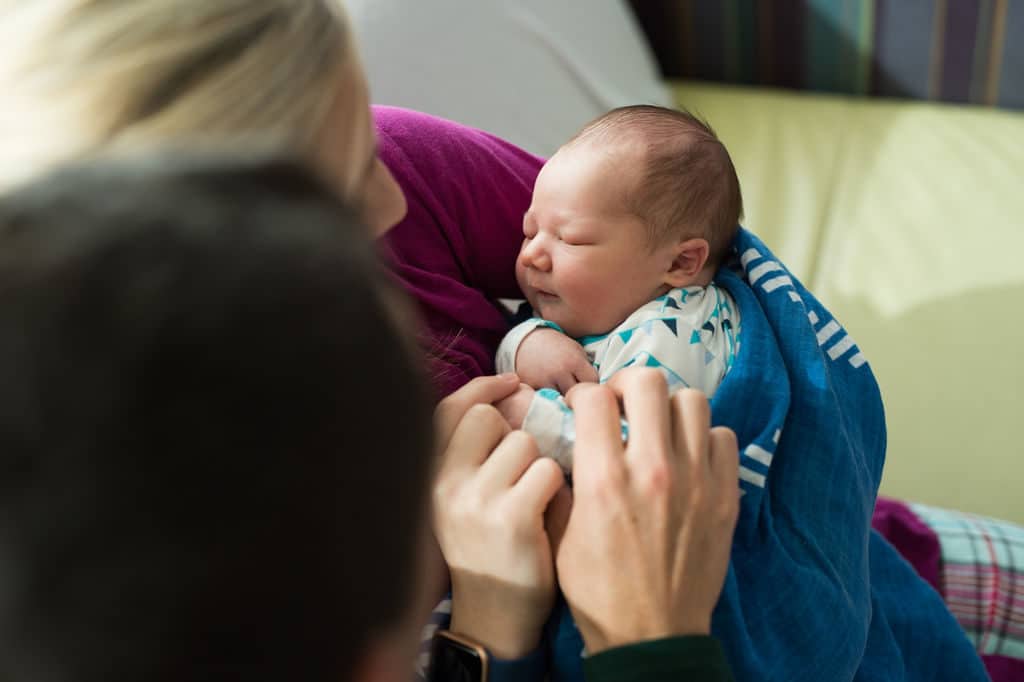 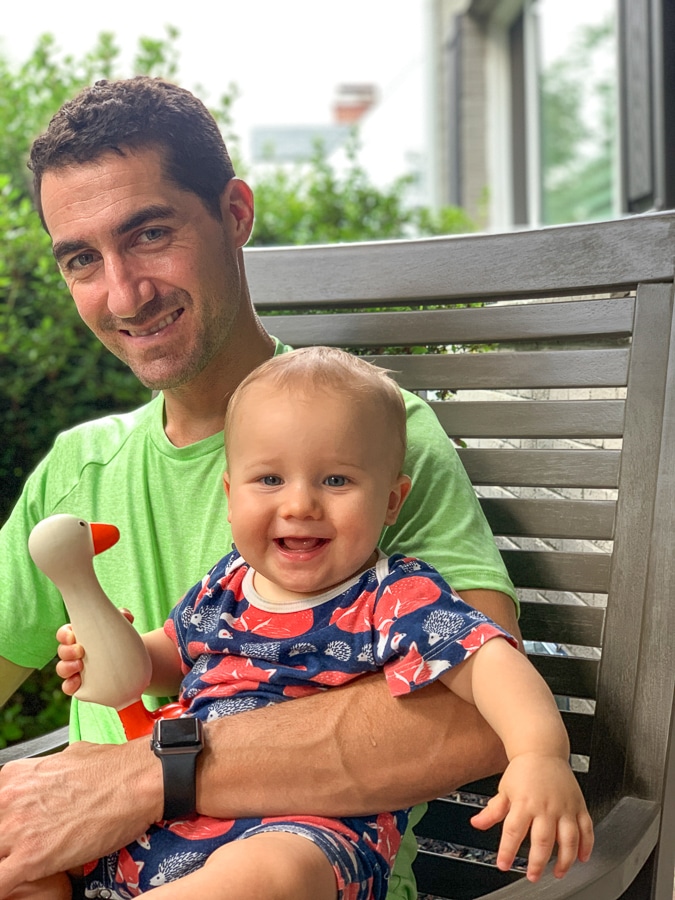