You are here: Home / Lifestyle / Trifecta Of Coziness

We had some snow, some freezing rain and some sleet. A trifecta of indoor coziness! Let’s just hope the power stays on!!! 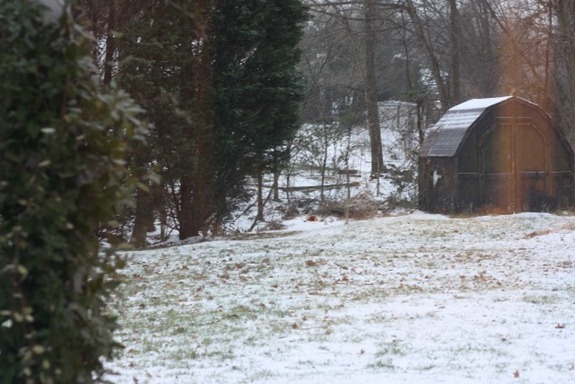 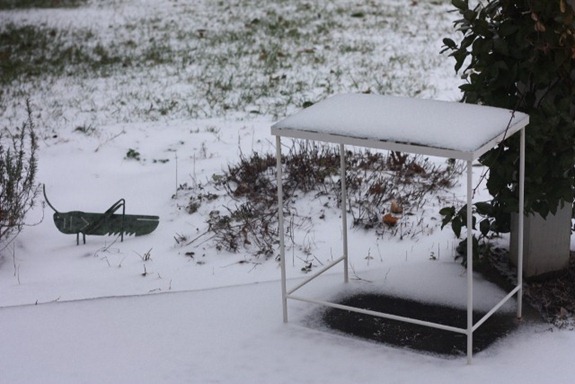 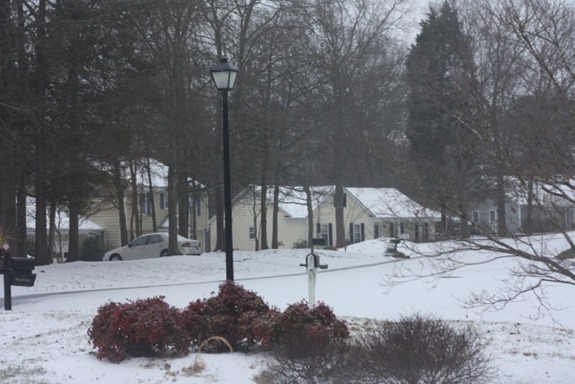 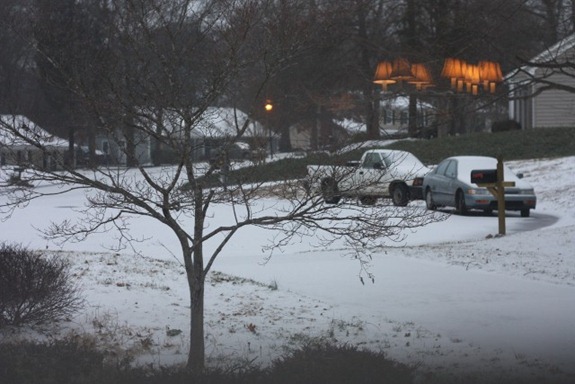 Us Southerners like to just sit and stare at the snow 😉 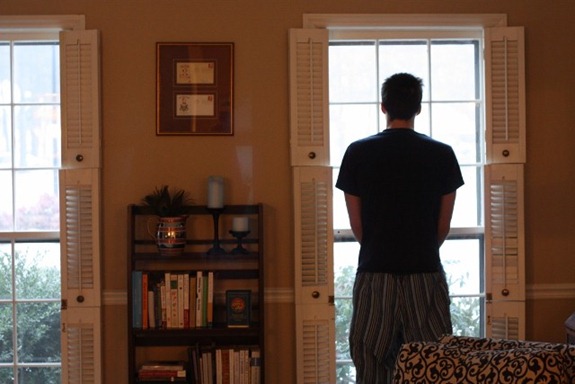 So happy to be able to have a lazy morning with my husband! We determined it has been THREE weeks since we woke up at the same time and didn’t have to rush somewhere! 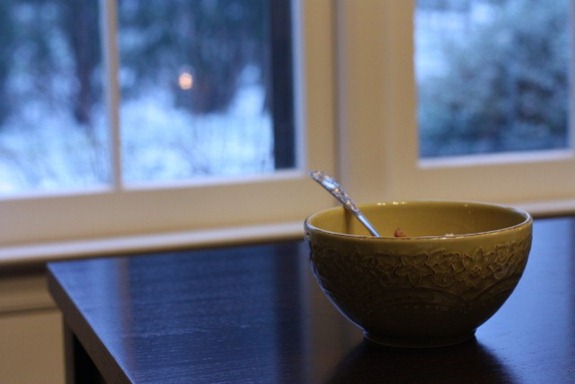 Matt brought home a Savannah bar from work that I had intended to serve my girlfriends, who were supposed to come for an oatmeal brunch today. Sadly, we had to cancel. But happily, Matt and I ate him instead! 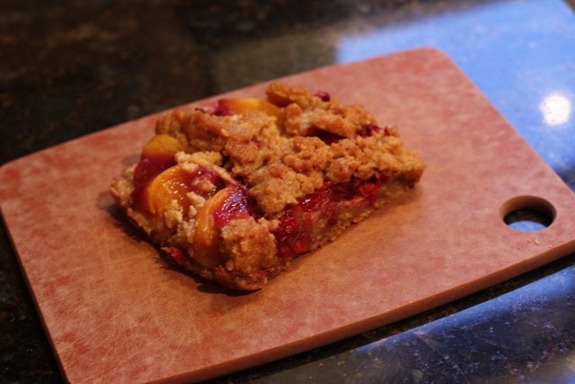 Chopped up for oatmeal topping! The Savannah bar is a crisp-like bottom and top with peaches and cranberries in the middle. They switch out the fruits throughout the year. I love it with berries in the summa! The crisp is made with whole wheat flour, coconut, brown sugar, butter and OATS!! 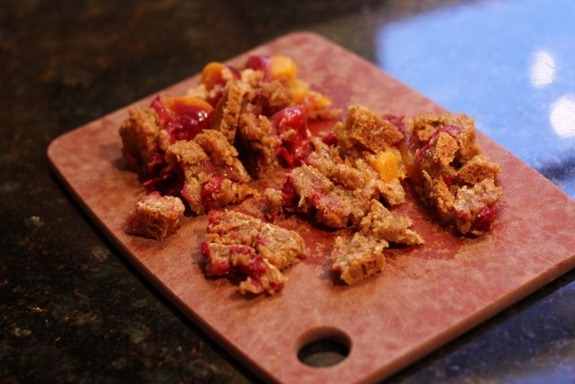 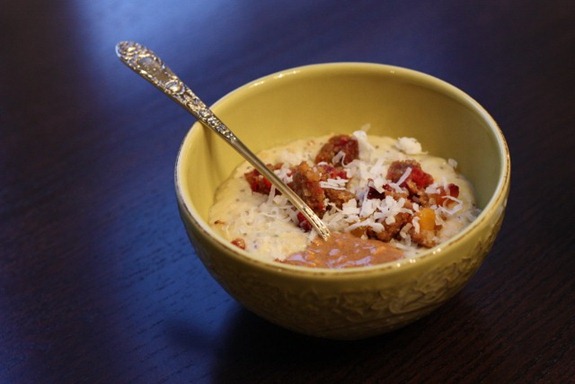 We took the oats off a bit early so they were super liquidy. And the cottage cheese makes them a bit more liquidy as well. I love it when it’s closer to a soupy consistency! And the Trader Joe’s PB is very runny and distributes really well. And the chia and coconut were great textures!! 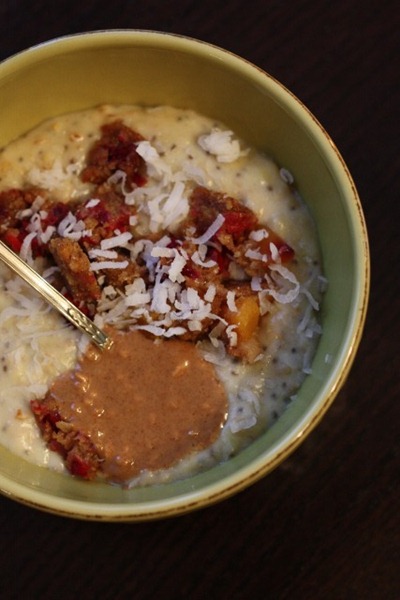 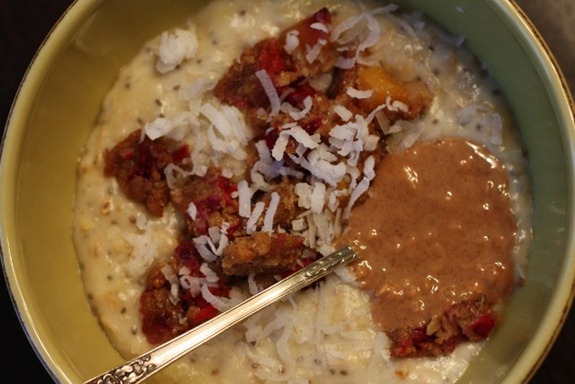 Matt ruined his by mixing it all together!!! 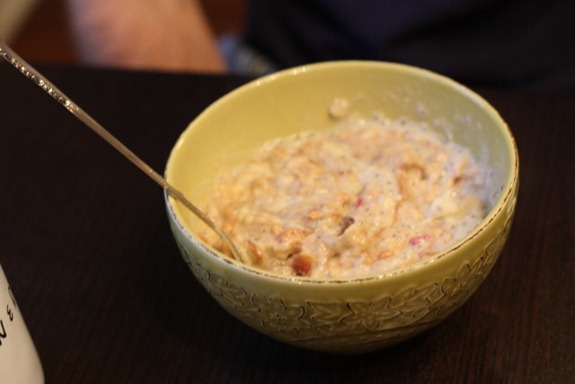 Shenandoah Joe coffee!! No froth again because we did 100% SJ and no Fresh Market added. Guess this kind just isn’t a frother! 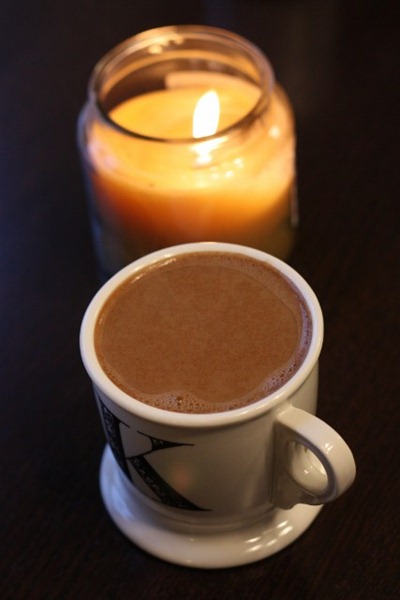 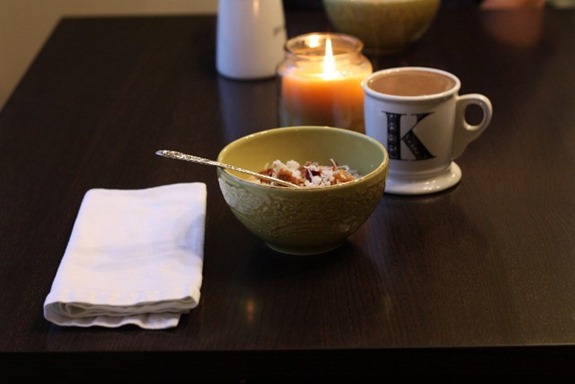 We’re finishing up some of our house rennovations (painting, installing new bathroom hardware and shower rods) and doing laundry and I have some internship school work to do. Otherwise, it’s a fun cozy day!

We’re supposed to go out for Restaurant Week tonight with Karen to a really cool new place, but I seriously doubt that will happen with all the ice predicted 🙁

Have a snow-filled day!