You are here: Home / Lifestyle / Too Much Of A Good Thing…

Is A Good Thing! 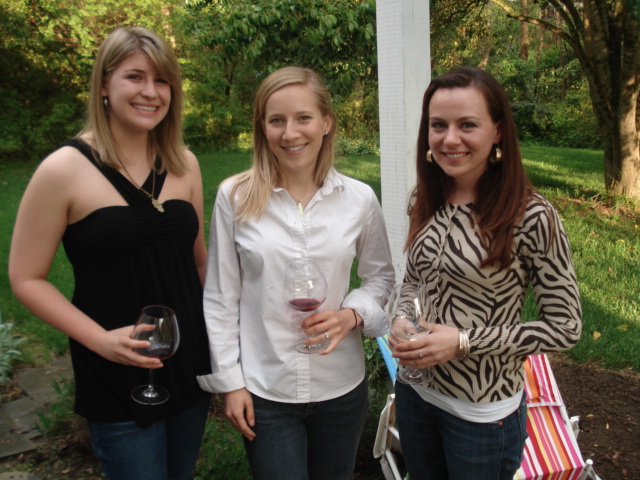 The cookout was lots of fun – and look at the sun in the background, who decided to make an appearance!

I ate too much, but it was mostly healthy things. The husband made the BEST flatbread – grilled and doughy. I had about 7 triangles, all unphotographed due to spontaneity but mentioned for accountability 🙂 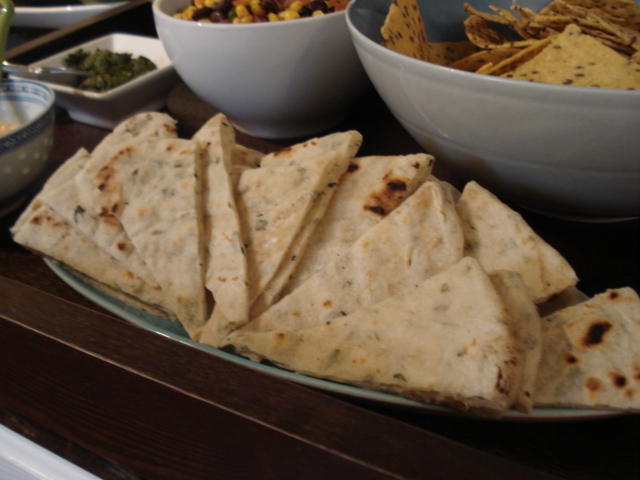 Other appetizers included a bean + corn dip, flax chips, cilantro pesto and hummus. I had a small nibble of each, but nothing significant. I didn’t want to spoil my appetite because I ate too much flatbread! 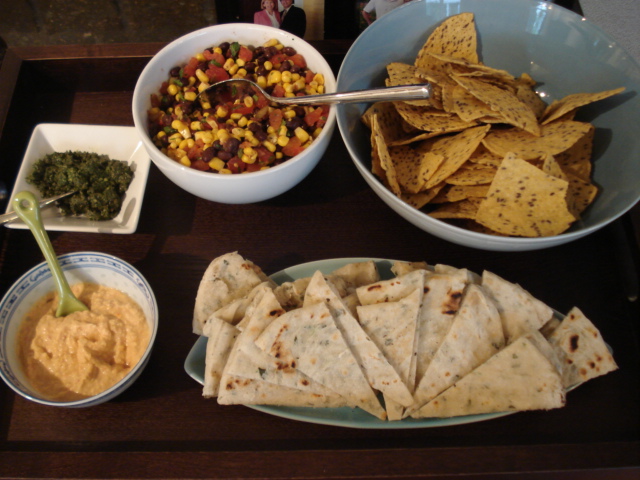 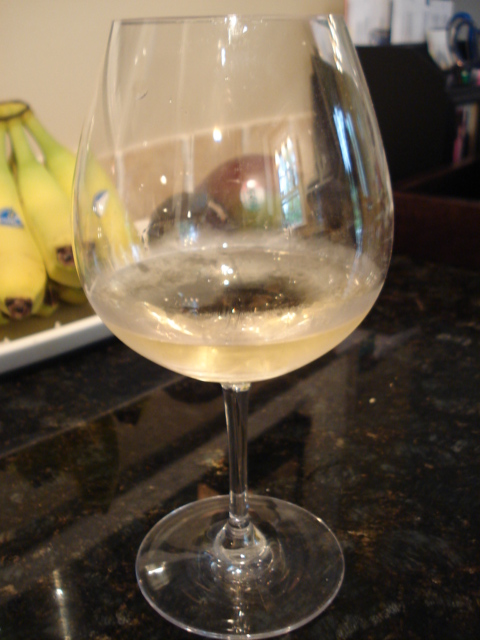 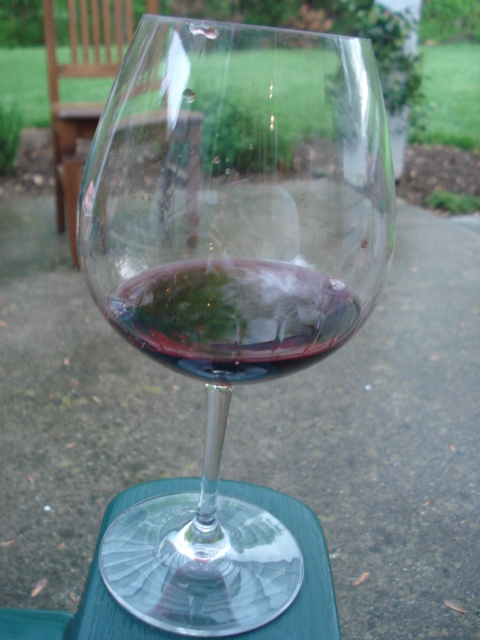 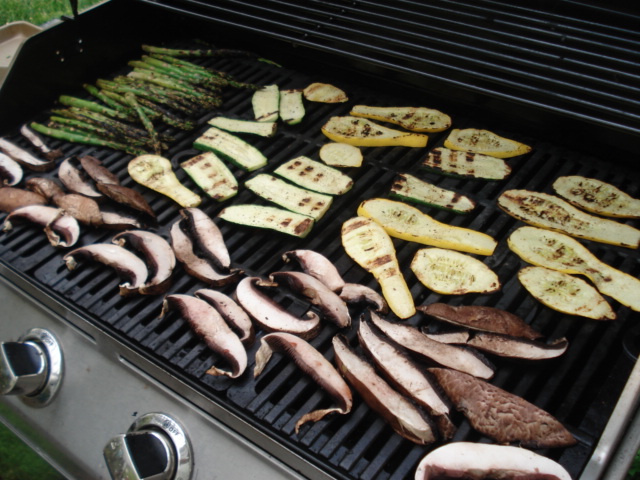 Grilled zucchini, squash, asparagus and mushrooms plus a spinach salad with mango, almonds and goddess dressing and an all-American cheeseburger on a Trader Joe’s whole wheat bun with ketchup, mustard, pickles, lettuce and 2% cheddar cheese. 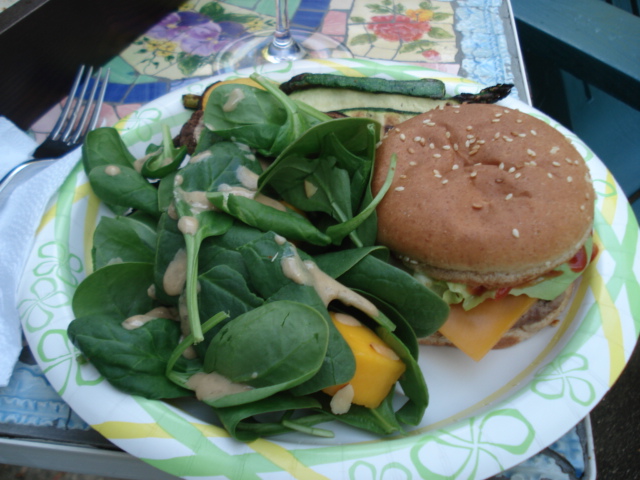 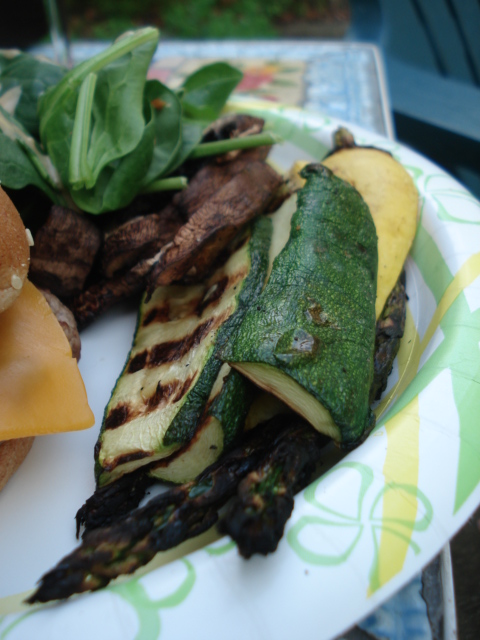 Burger. It was good, but honestly I’m not sure it was worth almost 200 kcal for just the meat! 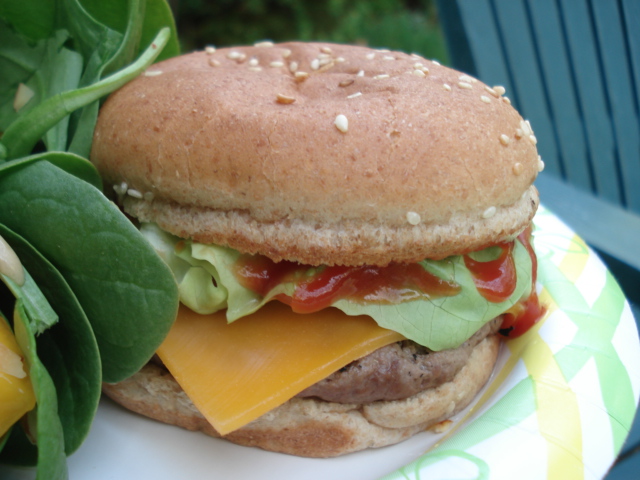 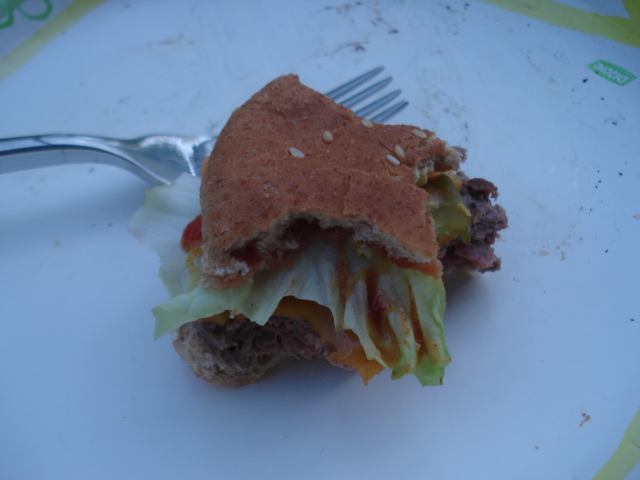 Wine #3. I had a lot of glasses, but they were all pretty small pours. I probably had about 8 oz total throughout the night. I tried to take a photo of each to get an idea of the amount but it probably would have been more photogenic if I’d just had one big glass!! 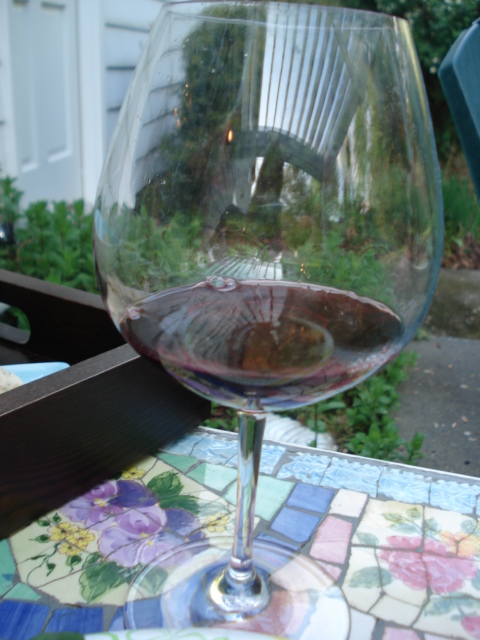 Yeah, #4 came a little after while we were sitting and finishing dinner – 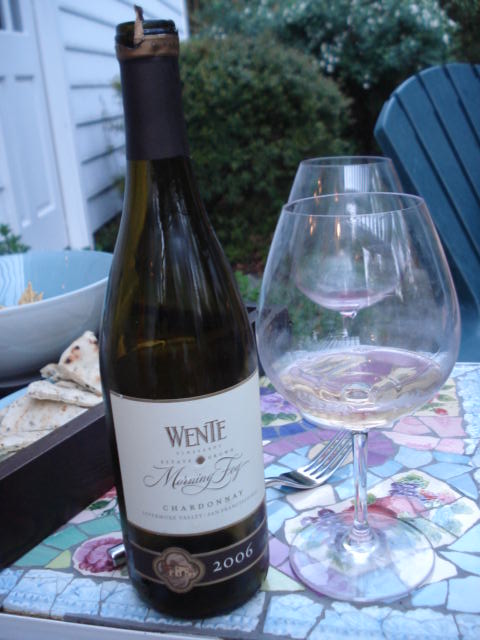 DESSERT!!! Michelle made the most delicious cream cheesy low-fat banana pudding and Ally’s peanut butter banana cupcakes were fabulous!! Yes, the icing was the best part

this !
I also had a dollop of PB soy ice cream when I gave Ally some… You can tell we love bananas and peanut butter in this group! Yes, my serving of banana pudding was quite generous – but sooooo good! 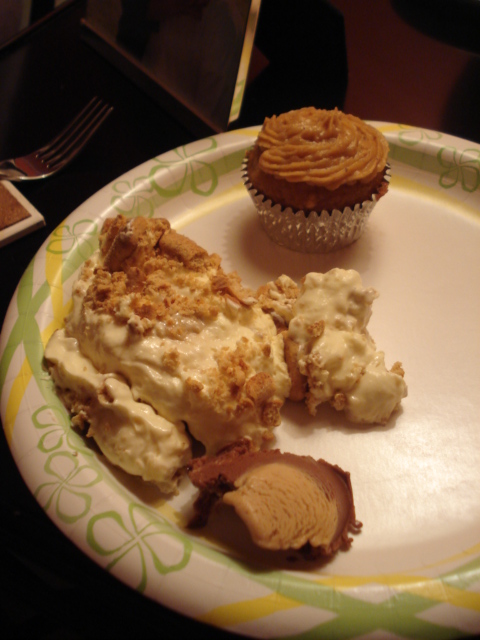 I’m full, but not too full. I consumed my share of wine and treats, but most of my night was pretty healthy. Good times!