You are here: Home / Weekend / The Eighth Dwarf: Drippy

I love days devoted to the kitchen : ) A wide-open Sunday left me all the time in the world to play.

Ashley’s genius recipe. Believe it or not, this was my FIRST time making my own nut butter. I’ve been lucky enough to have a never-ending stash dotted with a few inexpensive purchases from Trader Joe’s so I haven’t really had the need to make my own. But… why did I wait so loooong!?!? 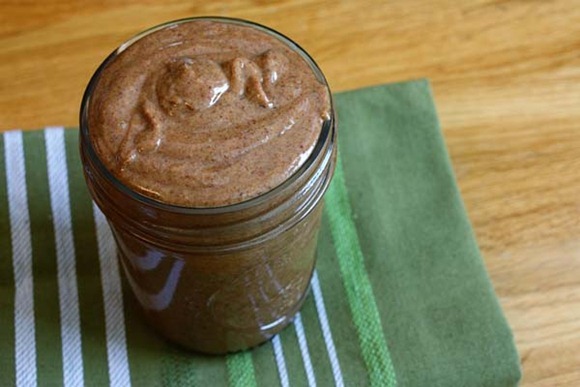 I started with raw almonds that I purchased at Integral Yoga for $4.39 for about 3 cups. [I used two of them]. 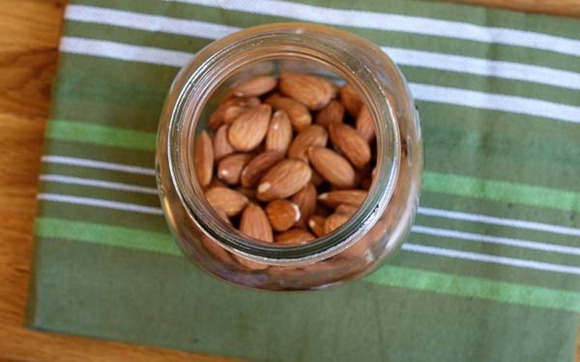 I followed Ashley’s instructions of roasting them in maple + molasses first, which I think was KEY for the recipe to come together into a butter so quickly. 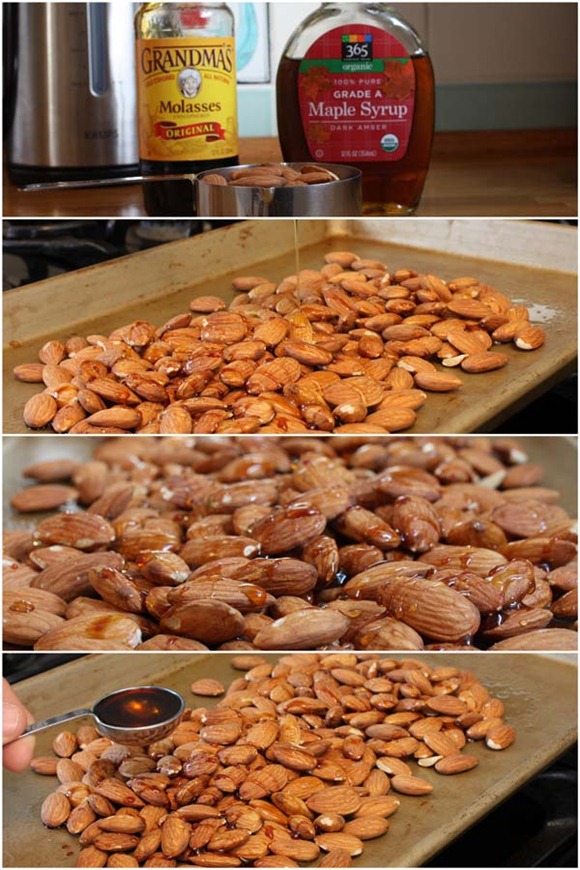 Don’t be scared to use those paws to mix ‘em up! 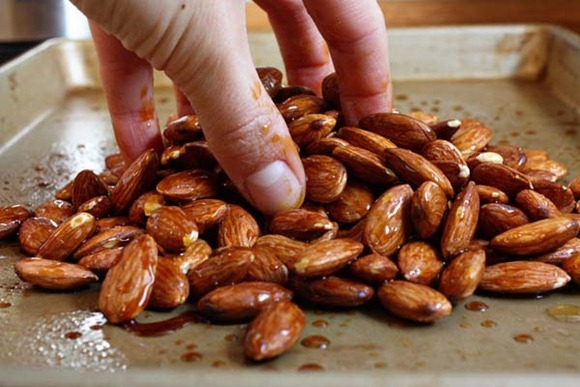 What’s an impatient girl to do when a recipe says “cool for 30 minutes!?” 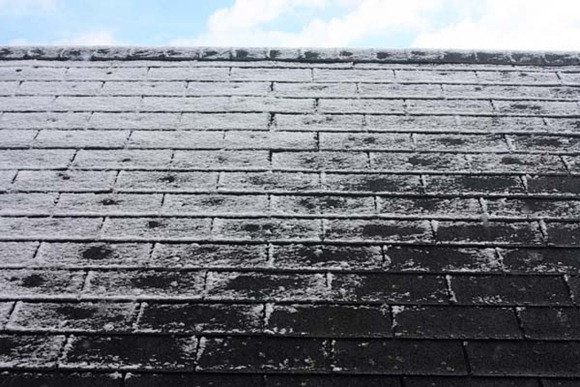 Mwhahahahaha almonds! They actually sort of froze together into clumps, but that was no big deal. 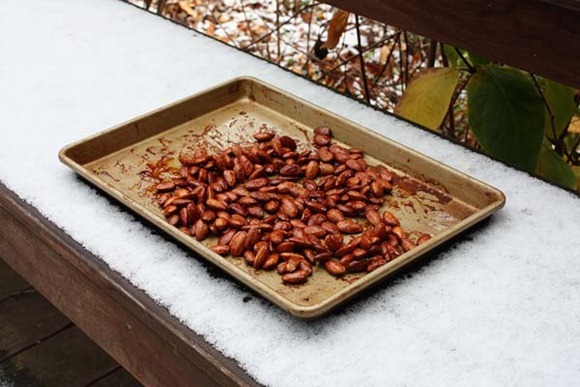 After cooling…the fun began. I was shocked when my almond butter came together in about 4 minutes – and was already dripping off my spatula!! It tasted awesome as it was, but I went ahead and added the spices and a bit of oil for super drippy effect (my favorite kind of nut butter – I HATE dry ones!) 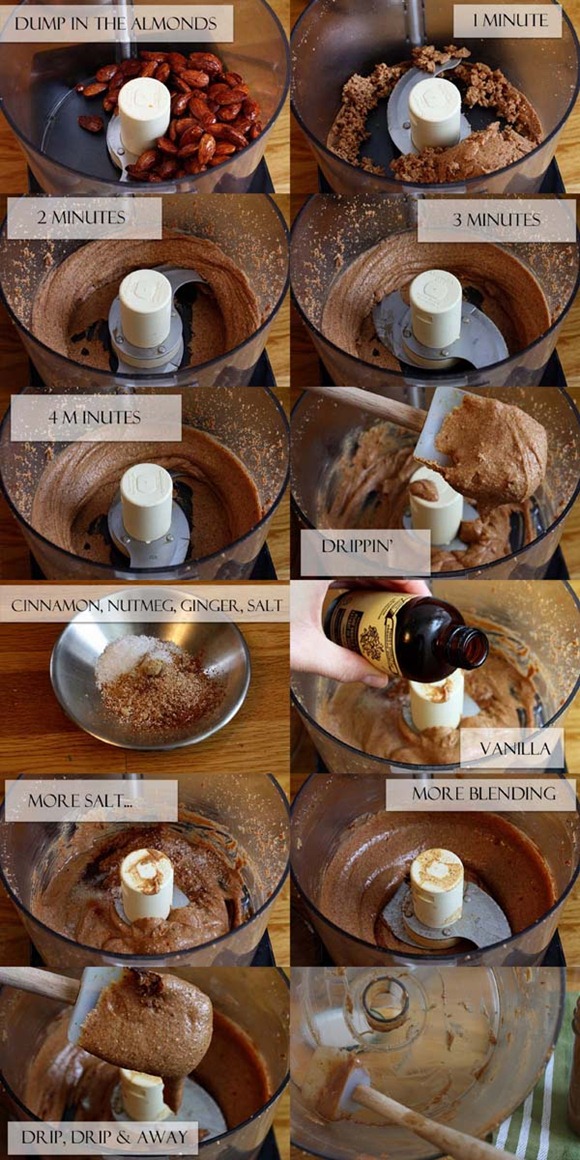 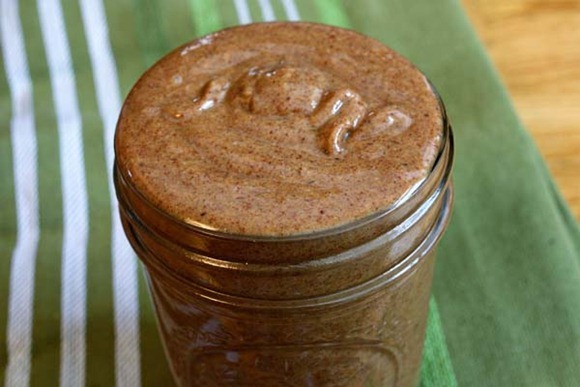 Ashley’s recipe called for additional molasses and maple and 1.5 tbsp of oil near the end of processing. I added just 1 tbsp of canola oil and left out the other liquids – it was so drippy already. I also added a tsp of vanilla and an extra tsp of salt! I used the same spices as Ashley. 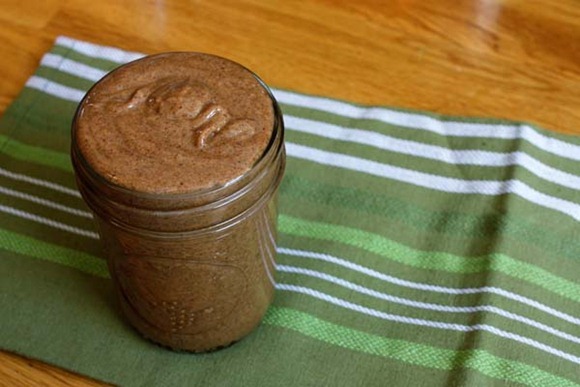 Snack for the cook. Can’t wait to make more variations in the future! Next up: peanut butter. Extra salty. 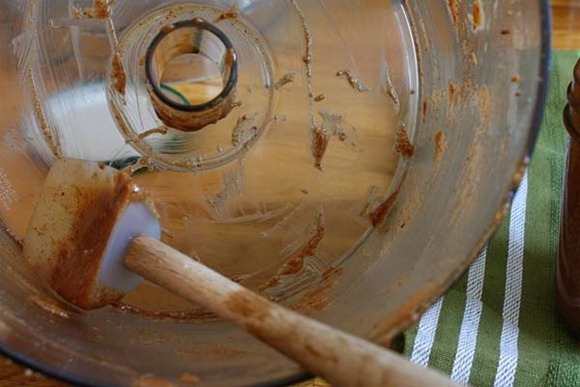 After almond butter, Matt and I went out for a run. A really awesome hard + hilly run.

Check out our green elevation climb!

More up than down, I’d say! 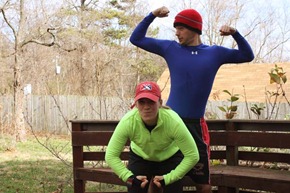 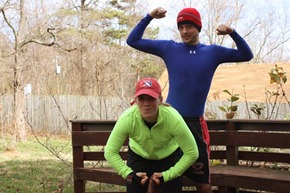 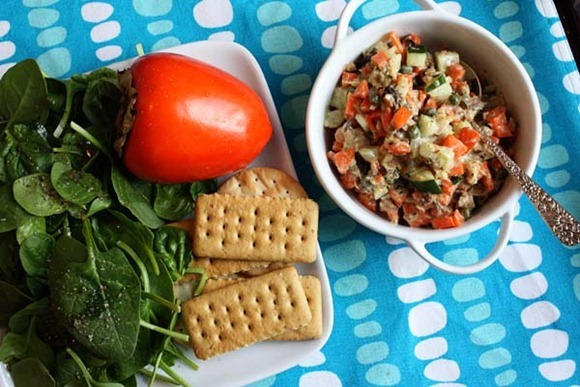 Sardine salad made by Matt with mayo, mustard and capers. 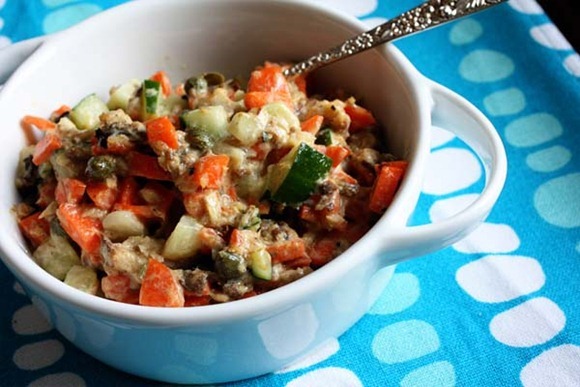 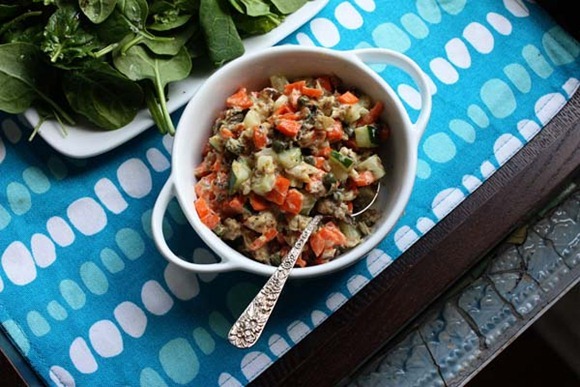 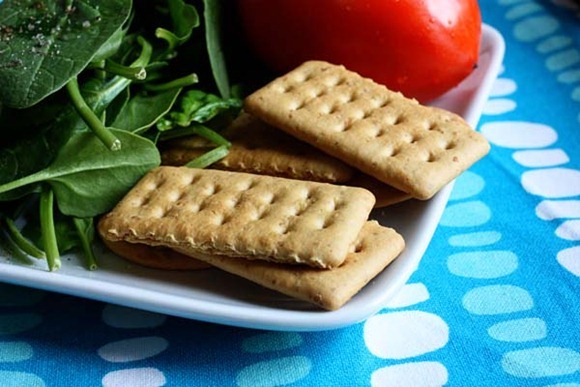 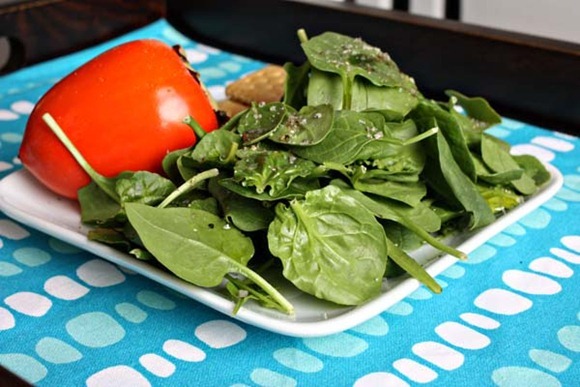 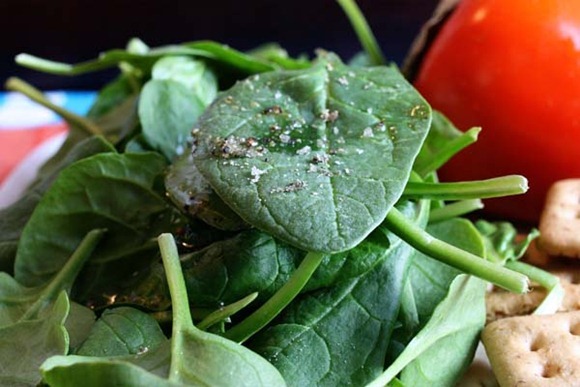 And an acorn-shaped persimmon 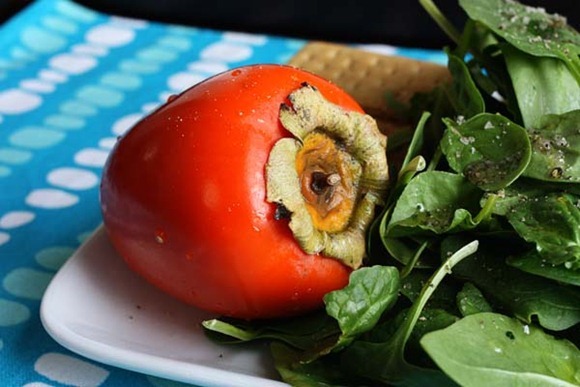 YUCK!! I now know what ya’ll were talking about with the whole cotton mouth thing. This guy was STRANGE! I always buy the ones that are tomato shaped, but I decided to try the acorn shape. They look identical except for the shape. This guy was definitely ripe and didn’t taste bad but it was not a pleasant eating experience!

I traded the rest of this for an apple… 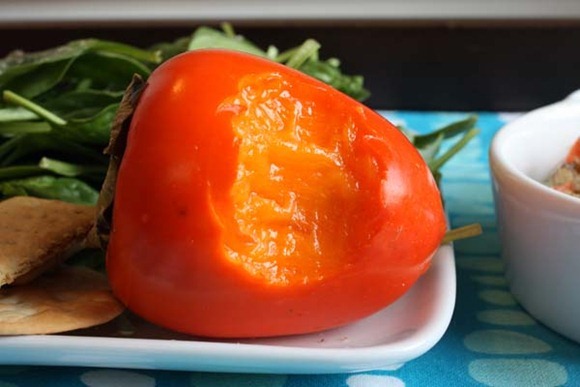 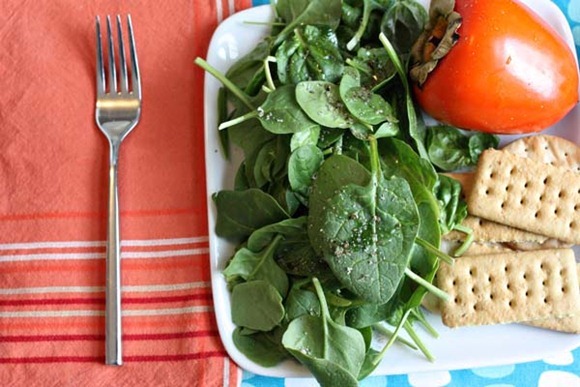 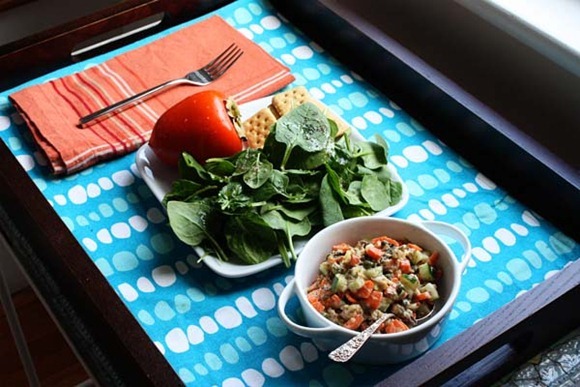 I am blasting about 10 different versions of Pachelbel’s Canon on my computer (Matt is out!). The very best is the one I adapted for my wedding walk down the aisle: the Canadian Brass.

Off to make a MamaPea recipe for tonight’s dinner at Karen’s!