Alarm went off at 5:50 this morning and I was up and at ’em with excitement about the race!

Unlike my breakfast on Race For The Cure morning, this time I kept it simple with just a banana topped with Nuttzo. I packed a Glo-bar  just in case hunger hit hard while we traveled to the race, but I didn’t end up needing it. No caffeine beforehand either! 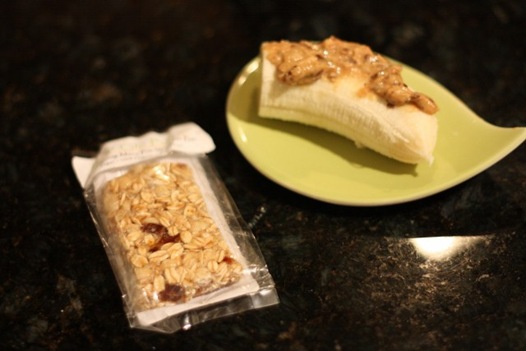 I did think to use a sample I received recently – a Vega Sport packet. I told Vega that I wasn’t really one for sport drinks – mostly because I don’t need to be with the amount of exercise I do (you really don’t need them unless you are doing an endurance sport for over 90 minutes…maybe slightly less depending on intensity). But I said I’d give it a try because "maybe it would give me the workout of my life."

I mixed this guy with some water this morning and took a few swigs. And then I decided that I probably shouldn’t be trying a new unknown product before a big race so I saved the rest for later. 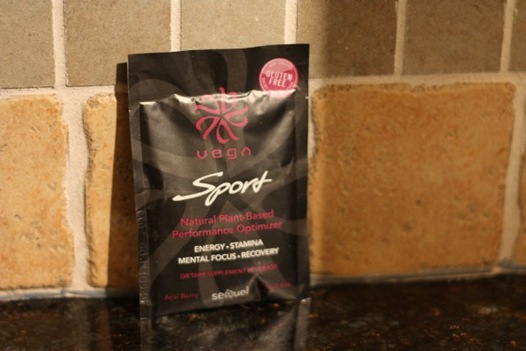 We arrived at the airport bright and early. TOO early. My hamstrings are still pretty sore from Sculpt class, so I ran around the area for about 10-15 minutes to warm up. It helped a lot.

We were ready to run around 7:30 and the race didn’t start until 8. PLUS, so many people were running late and registration was backing up so they kept pushing the start time back!! We didn’t end up starting until 8:25…grrrr. I took a few swigs of Gatorade at about 7:45 in anticipation of starting at 8 and by 8:25 my bladder was getting full and psychological and/or physiological boost from the simple sugars had probably passed. 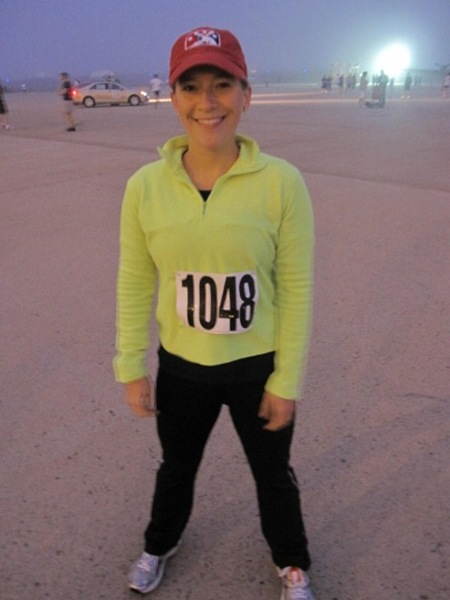 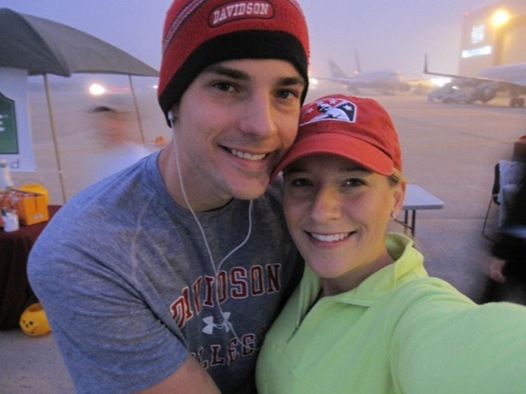 We managed to get up close to the start line, but I still had a little trouble with crowds. I set off at a nice 6:08 pace!? Ended the first mile at 7:18.

The race course was very flat – only two small hills, but I just didn’t have the staminia to go any faster.

And yes, I totally planned that 26 ending!!! I probably could have crossed in 24:22 or so, but I slowed just a bit when I saw where the clock was 🙂

My PR is 23:26, so I’m not sure how I slowed down by a whole minute. This was the slowest race I’ve ran of the 3 I finished in the past year! Matt too – he was 11 seconds slower. We wonder if maybe we NEED those hills just so we can earn the downhills? It was a great course though. Although…..both Caitlin and I noticed our Garmins said we ran 3.15!! Were we cheated 0.5 of a mile!? Regardless, I ran hard and I’m not one to let numbers get the best of me. Apples to orange people. 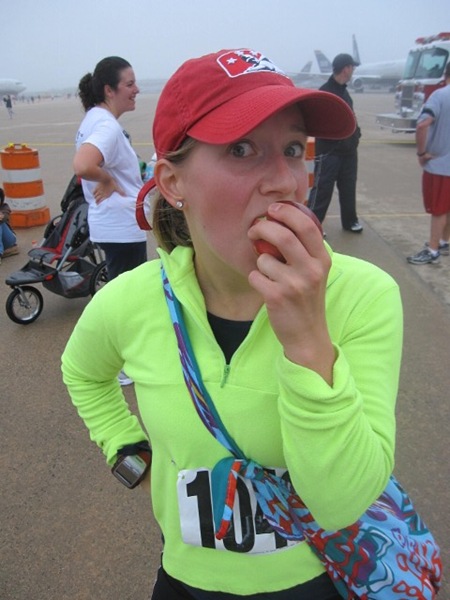 Matt and I stocked up on fruit for the week 🙂 I had a bite of his cruncher. 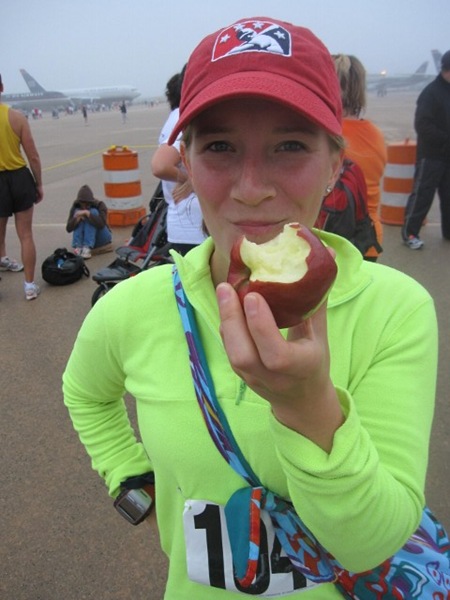 And was recognized by two blog readers!!!!!!!!!!! How cool!!!  I LOVE it when people come up and say hi, so never be shy!! It’s so fun to make friends. Hope to see these ladies some more!

It had started to rain and I was cold even though I totally over dressed. We hopped in the car to go home and just sat there. Traffic was horrible!!!

Once home and warmed in a hot shower…we made brunch! 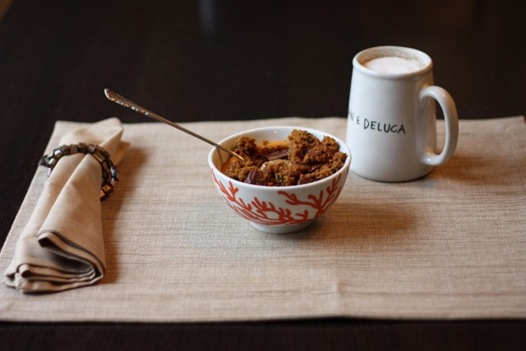 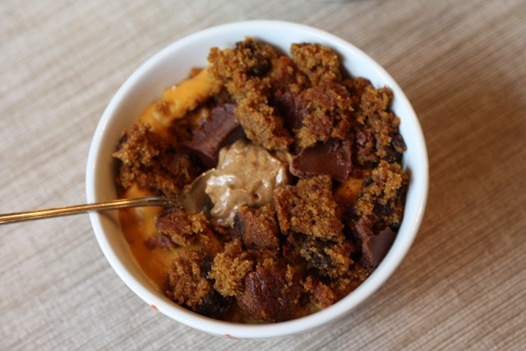 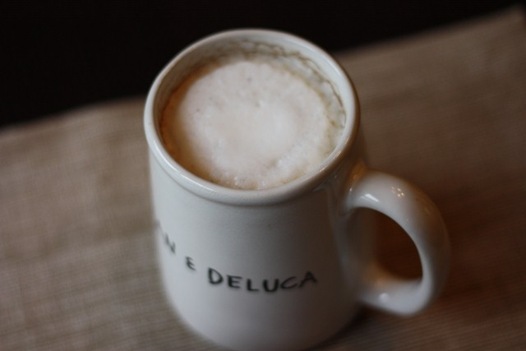 Excuse me – I have some cupcakes to frost! 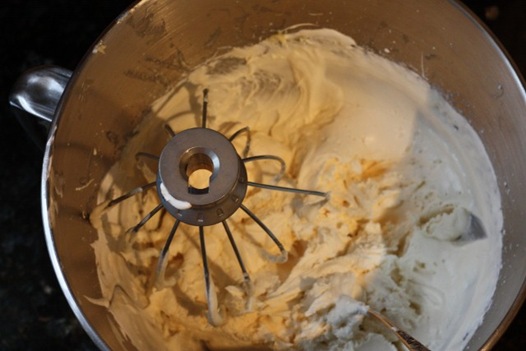