And um, studying didn’t happen 🙁 I might be a little screwed for Monday’s test.

But the baking needed to happen!

First I had to pick a recipe. I wanted to do something pumpkiny for Halloween (DUH!) and after searching through about 100 pumpkin cupcake recipes, I decided on a batch of Vegan Pumpkin Muffins. I decided that cupcakes are just a means to serve icing so let’s go all out on the icing and save a little on the cake part. Plus, vegan ingredients are cheaper and easier! I only had 4 sticks of butter people and I needed 2.5 for the frosting! 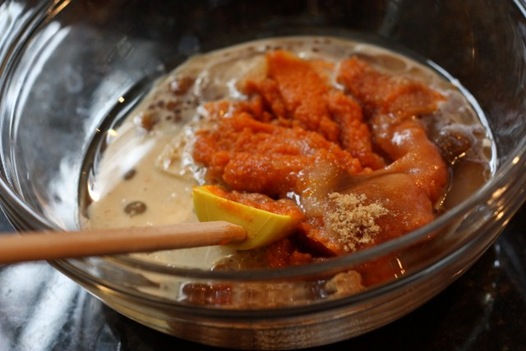 They turned into MINI cupcakes…and then will have an appropriate name when they are iced tomorrow. 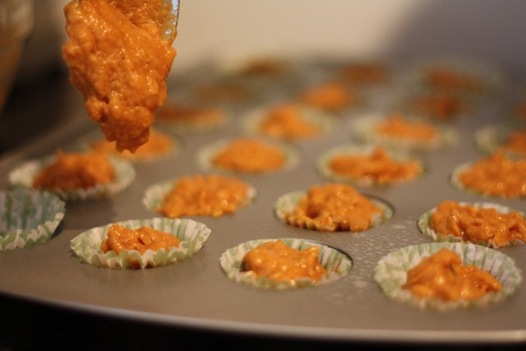 I bought all new baking leaveners today. We’ve had ours for …years….and the last time I baked I think the leaveners kind of ruined the cakes.

Expired a year ago! 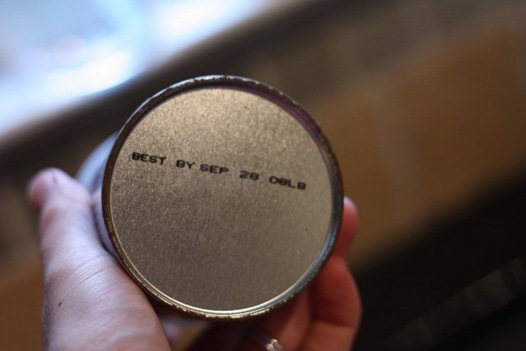 I used my grandmother’s antique sifter. It’s always a blast. 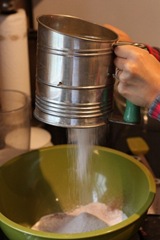 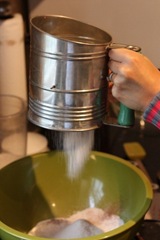 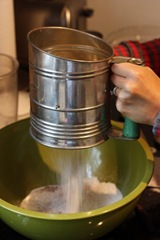 They turned out perfect! 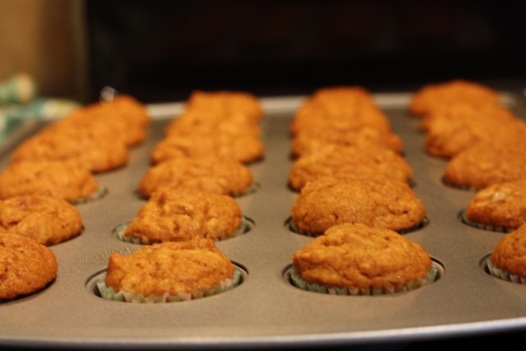 Next it was time to tackle Amelia’s Buttercream, which I had on my iPhone: 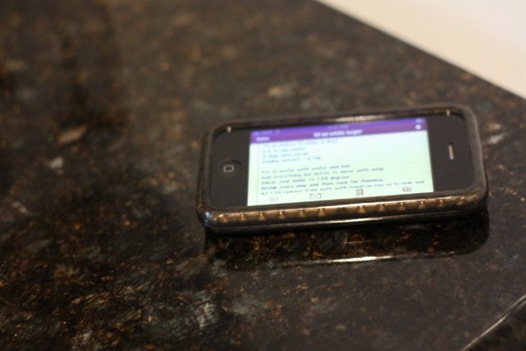 Here’s the recipe I jotted down on our walk:

Create a double boiler with your bowl.
Add everything but butter to mixer and whip occasionally.
Bowl over boiler, heat to 120 degrees.
Whisk every now and then. Look for thinness.
At 120 remove from bath and put under mixer on low up to high and whip to stiff peaks to a meringue of stiff peaks.
Add cold butter in chunks. Then add room temp. Keep mixer on low. Up to medium-high at end. Will get soupy. Will curdle. Then will magically turn into buttercream. Once it turns to buttercram whip on low for 5 mins. 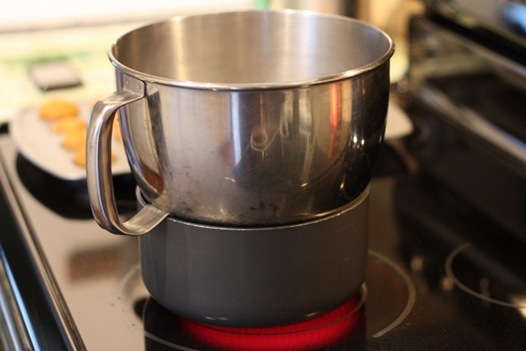 With whisk and thermometer 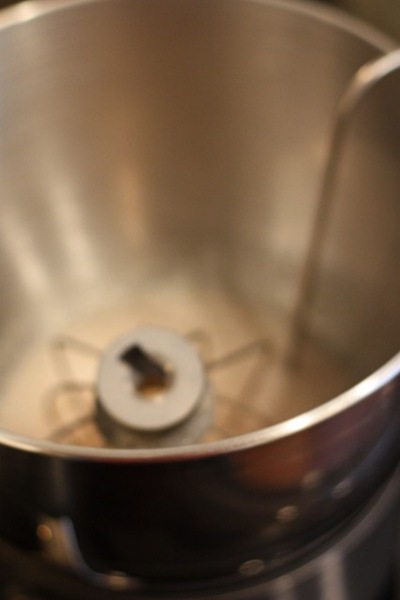 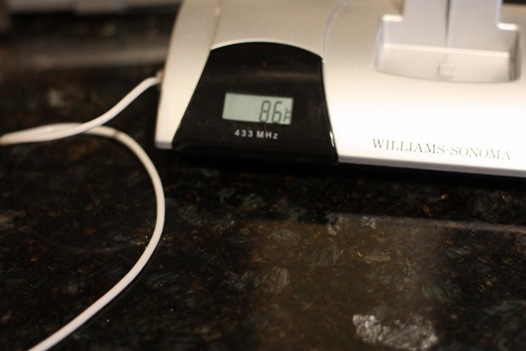 Then whip until stiff peaks form 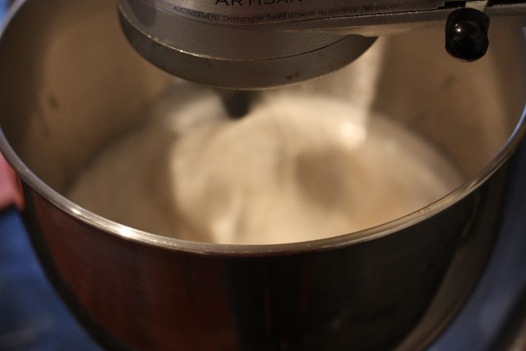 As stiff as they’re gonna get! (This blob was solid – not dripping off) (Took 10 mins?) (Finger licking was kept to a bare minimum – go me!) 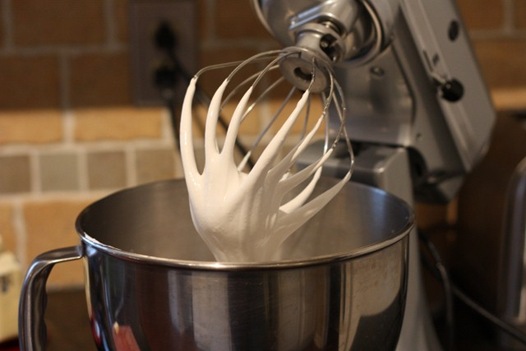 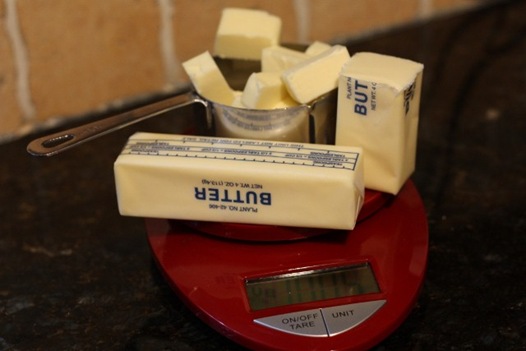 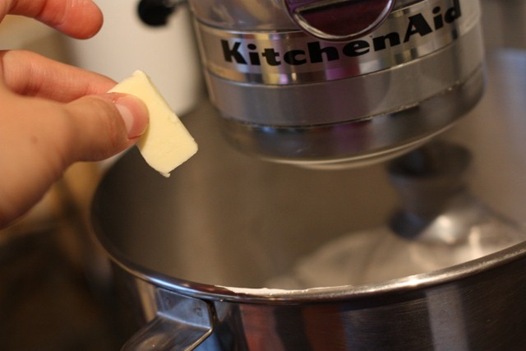 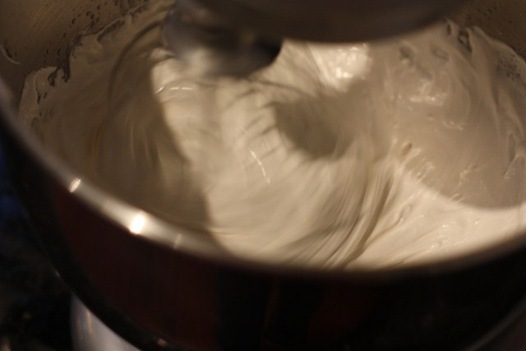 The crossing of the fingers didn’t go exactly as planned. It did get soupy. I don’t think it ever curdled. I whipped it on high for about 20 minutes waiting for something magical to happen and it never did. It was still a little too runny to pipe onto the cakes. So I called Amelia, who told me to refrigerate it for 30 minutes. And then I got caught up in the movie. I did check it and it’s much harder now so tomorrow I will thaw a bit, whip a bit and then ice.

Around 6PM Karen arrived to join us for dinner. My brew-lovin’ husband cracked open a Chocolate Porter. I swore I wasn’t going to drink tonight in preparation for the big 5K runway race tomorrow, but he poured me a taste anyways. It was awesome! 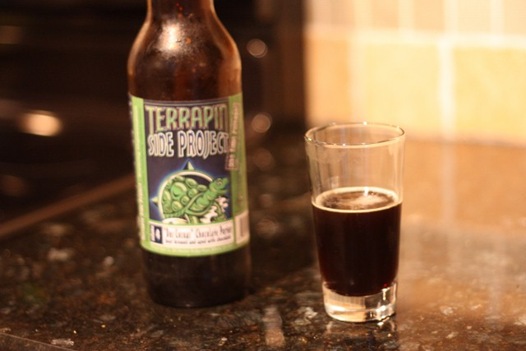 For dinner we made 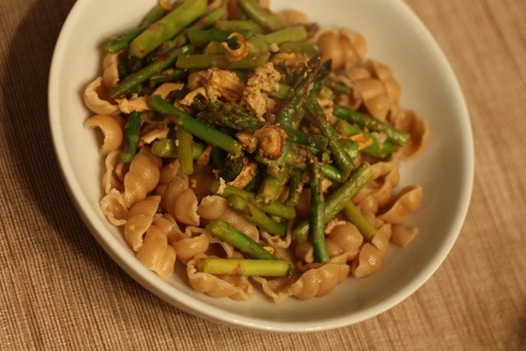 Don’t clam up about using clams!!! Other times I’ve used clams: The Surprise Ingredient, The Last Hurrah and Productive Night. They are so inexpensive and make a dish feel like a restaurant. 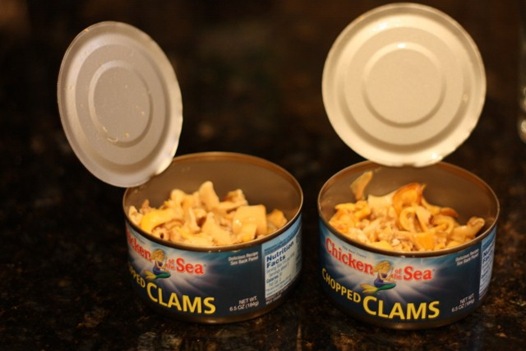 First we sautéed asparagus in some canola oil 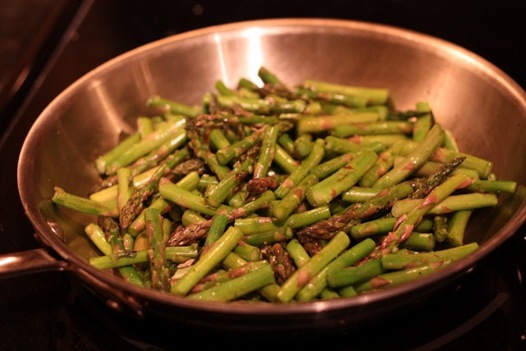 Then added 4 cloves of garlic, then the clams… 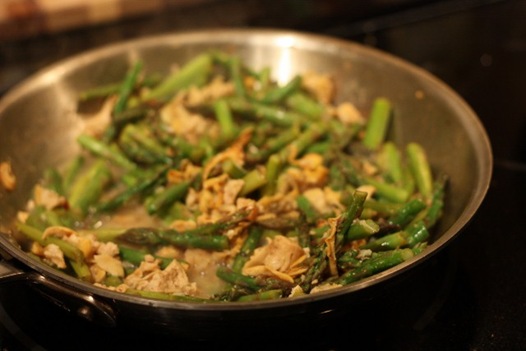 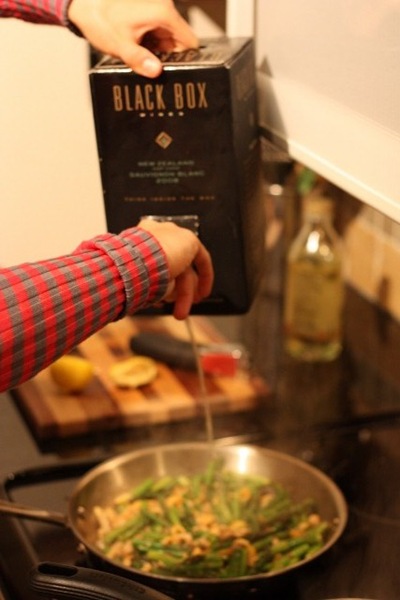 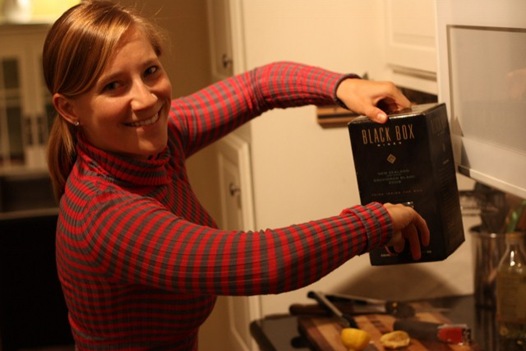 And finally half a lemon, red pepper flakes, a pinch of salt, a lot of black pepper and…

a smidge of butter for richness 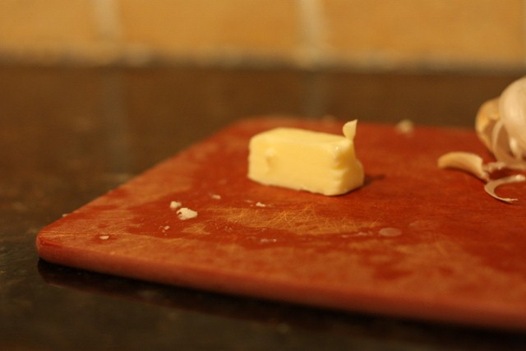 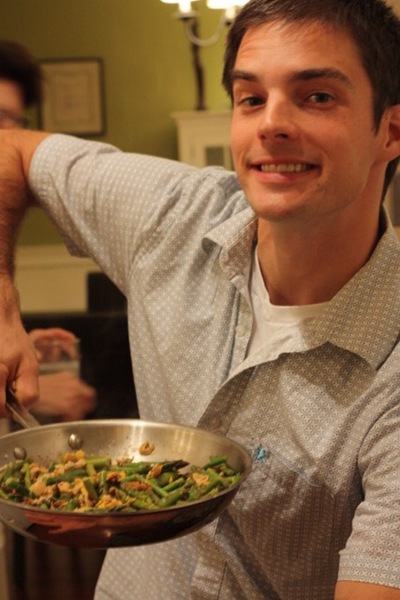 All served over Whole Wheat Gnocchi pasta from EarthFare 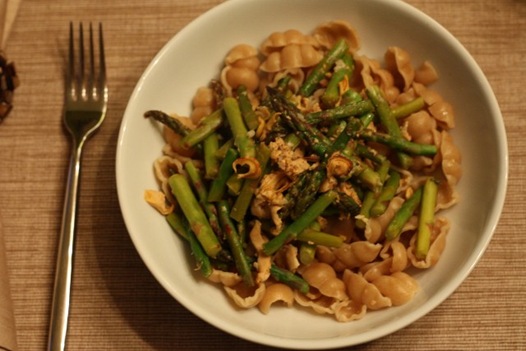 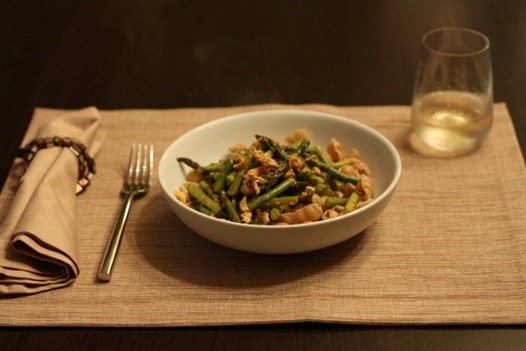 The perfect pairing was too much to miss out on, so I had a splash of wine with dinner 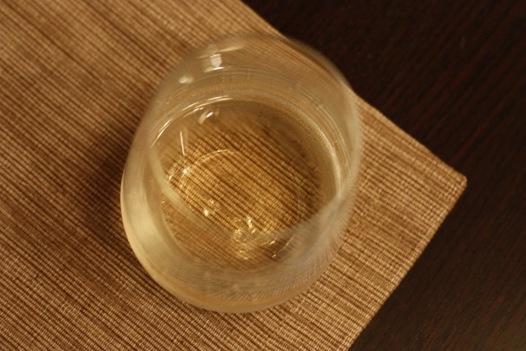 But the deal I made was to hydrate like crazy after dinner, which is just what I’ve been doing! 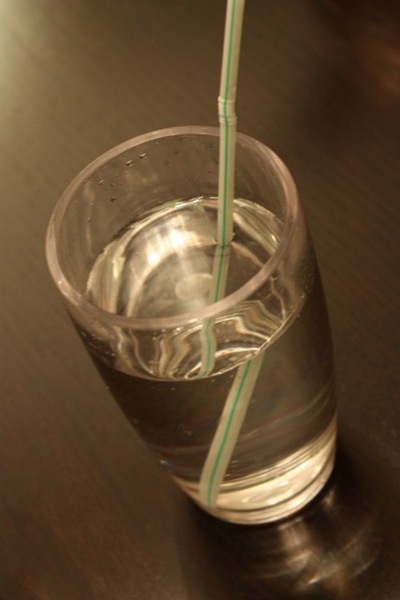 MY NEW MONITOR IS SOOOOOOOO FREAKIN’ AWESOME!!!!!!!! It’s 21.5 in. wide and I can see Windows Live Writer and Windows Live Photo Gallery side by side. Blogging bliss. [And look at that Eye-Fi go! It’s been working perfectly since I got the new card) 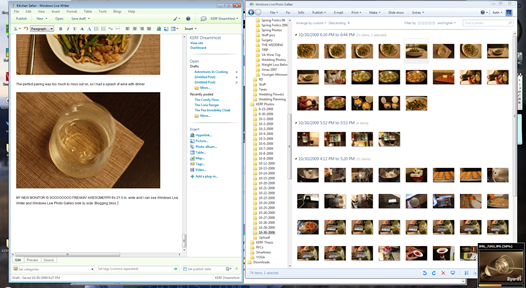 Now I just need that blazin’ Windows 7 system to arrive!

We’re getting up at the crack of dawn in the middle of the night to get to our race on time. I get nervous whenever I think about it!