You are here: Home / Weekend / Pastimes

A pastime of mine is running. Past tense because I cannot run well anymore! I think January broke me. Slowly I will work back up, but this morning’s 10K nearly killed me!

Matt and I ran (in shorts and t-shirts!!) a big 6 mile loop. I had to stop and walk up a few hills. I think it’s also Camelbak time – I was thirsty despite drinking a whole bottle of water before we left. Or course, maybe I was just having an off day, but running has been extra hard lately!

Once home, we had all the makings for tuna pita pockets! 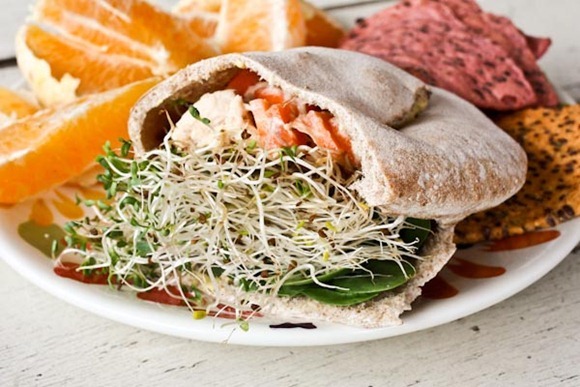 When I was little we had a sandwich shop in Hillsborough called Lu-e-g’s. It was awesome. Hippy food with lots of sprouts. And you could get a bagel and cream cheese for only $1! Ahhh the 90s. We used to go every Sunday after church. But my mom would say: “We can go to Lu-e-g’s, but only if you get the bagel and not the tuna pita!”

You see, sometime during middle school, my friend Kirst (who you all met a few weeks ago!) started getting the Tuna Pitas – mustardy tuna with lettuce and sprouts in a warm honkin’ pita pocket. But they were $3.50 and did seem as economical to my mom week after week. 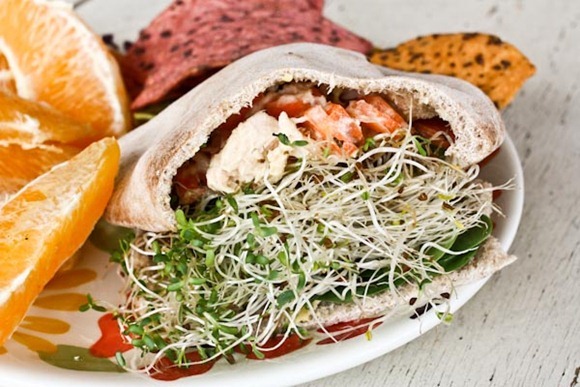 So this is my tribute to the Lu-e-g’s Tuna Pita. Canned tuna and carrots (sadly we had no celery like L’s did) with mayo and mustard stuffed in a microwave-warmed Trader Joe’s WW pita with more dijon mustard, spinach and lots of sprouts. So freakin’ delicious!!! 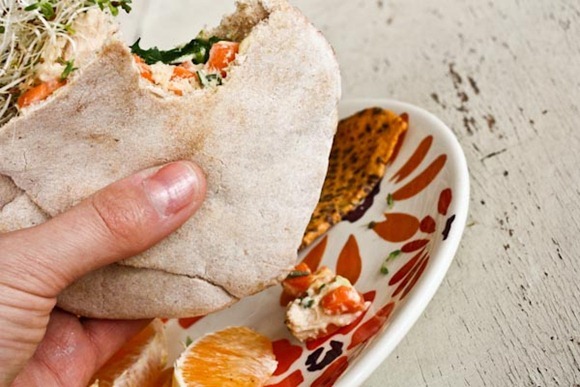 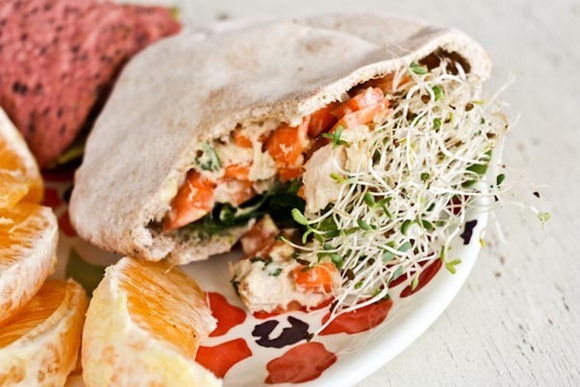 Served café-style with a handful of chips 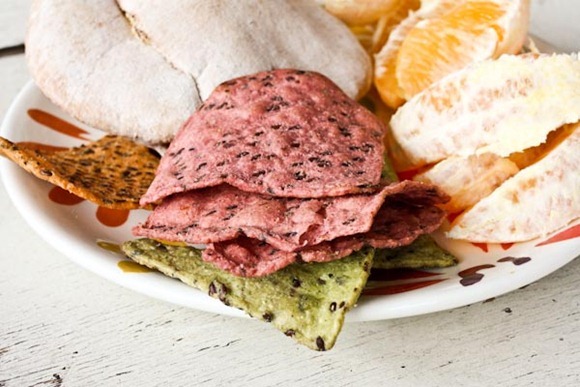 And a juicy orange 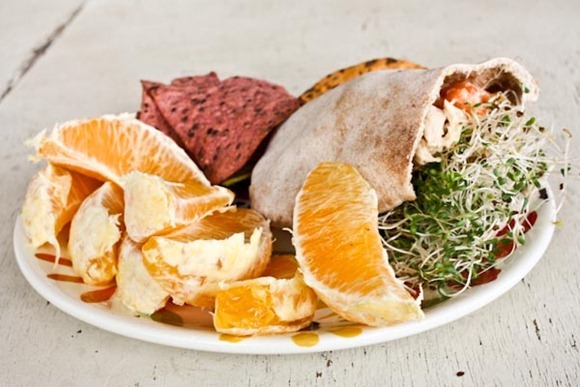 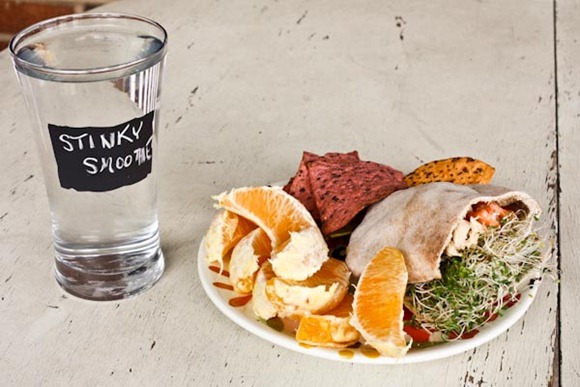 One of my gifts to Matt was these awesome glasses from Pier 1 painted with chalkboard so you can write what’s in it! I intended for him to write the names of beers, but oddly he seems to want me to drink a smoothie out of it! 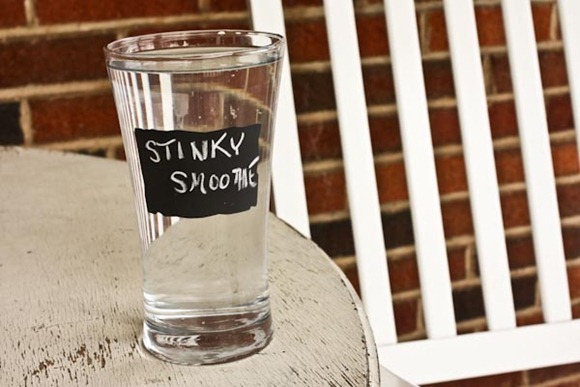 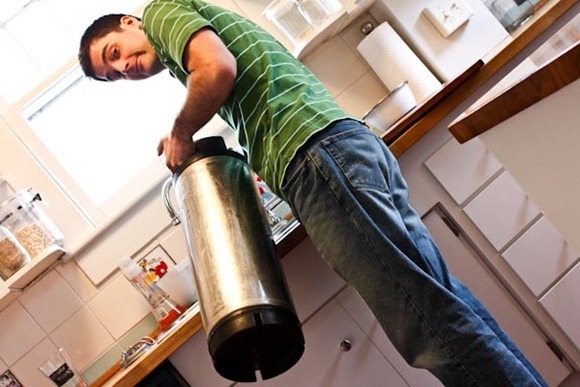 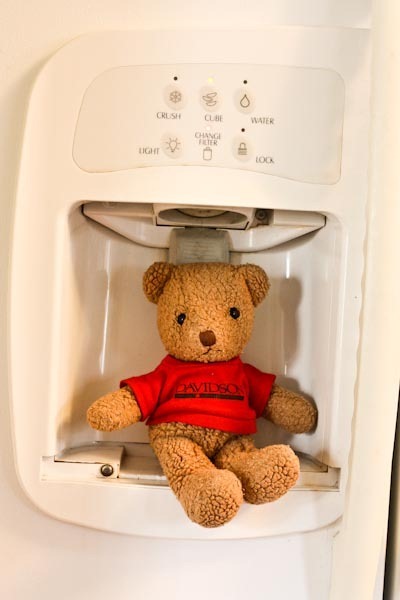 Speaking of smoothies, the lucky email address winner of the OpenSky Vita-Mix giveaway is…

The eating house (a.k.a. sorority) that I joined my freshman year at Davidson holds an annual breast cancer fundraising dinner called Bosom Buddies. I actually went to the event in 2008! Two KERF-reading Davidson Connor girls emailed me to share a video they made of a bunch of Davidson folks dancing around with a pink lei in honor of the upcoming event on March 12.

[The video is almost as cool as this I Love Commons video from 2009!]

I am hoping to spend a little time here this afternoon, because I FINISHED MY WRITING PROJECTS! 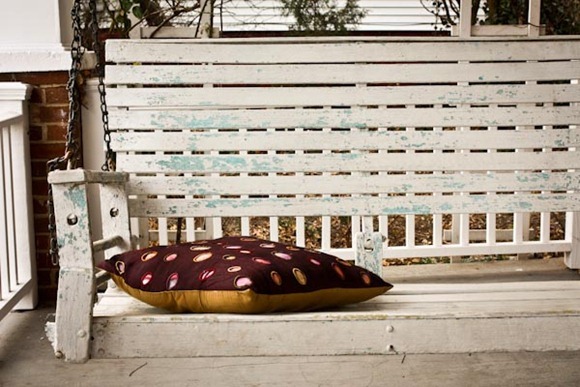