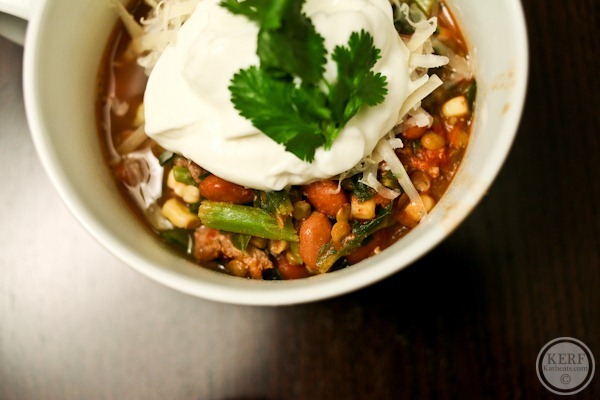 In a perfect world we would all make soup from scratch and freeze the leftovers in containers to reheat on a chilly winter day. We love soup in our house and we often do have reserves in the freezer ready for eating.

But frozen soup can take a while to thaw in a hot minute, and I eat it faster than I can make it! 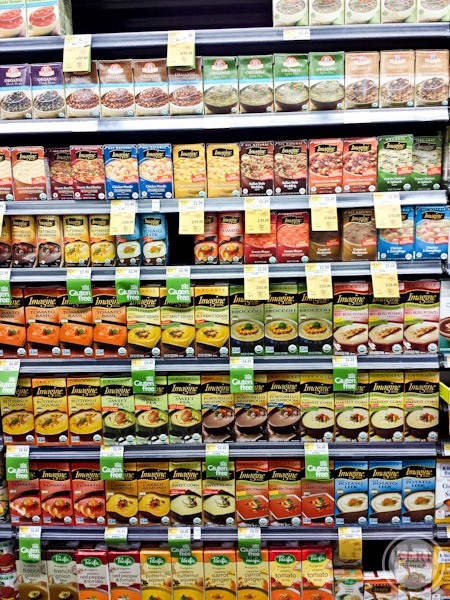 Navigating the soup aisle can feel like an ingredient list hail storm. What can you trust as real food and what looks suspicious? The above photo was taken in Whole Foods where just about any soup you pick up will be made from real food. In a more traditional grocery store that job is a bit trickier. See this post I wrote on navigating ingredient lists.

It’s no surprise that all soups are not created equal. The Campbells ingredient list below has a handful of ingredients I wouldn’t put in my own soup recipe not to mention the beef in there is probably not organic. Looking at the Pacific brand, you can identify every ingredient on the list as a kitchen ingredient. 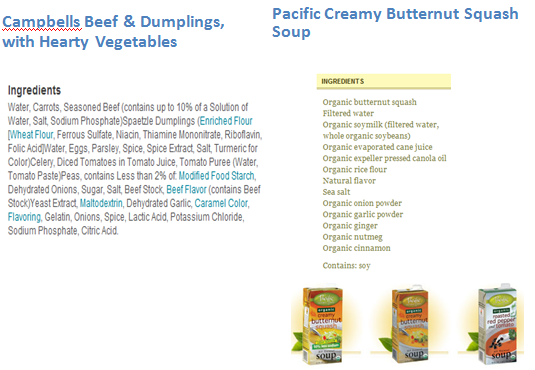 In addition to a simple ingredient list, look for soups that are high in fiber and protein, made with organic ingredients (particularly for meat-based soups) and lower in sodium, if you can find them.

Here are a few of the flavors I’ve kept on hand this winter. 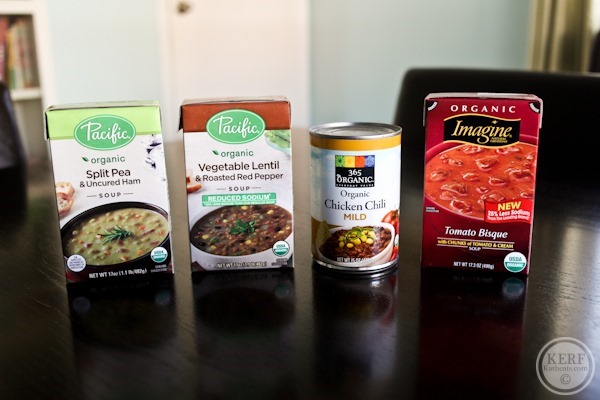 This guy is packed with vegetarian goodness – veggies, lentils, black beans and spices. If I have a choice I’ll pick the reduced sodium versions because I can always add back a pinch of salt if I need more flavor (I rarely do except in very low sodium versions). As you can see, this one still packs in quite a bit. This is the soup the magazines tell you to have with a crusty roll for a “balanced lunch.” :  ) 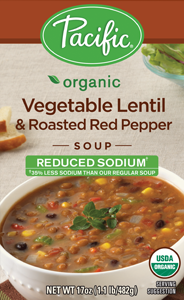 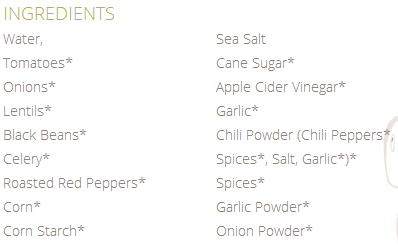 Love that this one is organic and made with uncured ham. I’m not too concerned with a single dose of a high sodium food like a regular soup, but if you can find the reduced sodium options, go for it. 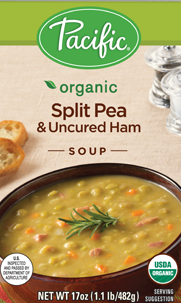 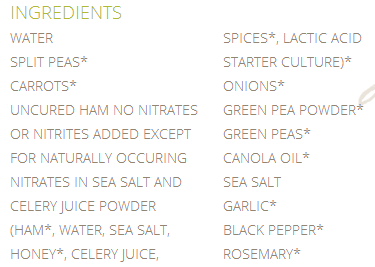 I LOVE this tomato soup!! Perfect with grilled cheese. Years ago the chunks would have bothered me, but now I love the extra texture. This guy has just the right amount of cream to taste gourmet. This soup has less fiber + protein than the others, so it’s not quite as hearty. Hence the grilled cheese pairing. I’m surprised this box claims to be 25% less sodium yet still packs in 630mg!

Of course homemade is best, but I was very impressed with the flavor packed into this can. Doctored up with some avocado and Greek yogurt, it made for a wonderful lunch! It’s the heartiest of the bunch for protein as well. I wouldn’t have bought it if the chicken were not organic. 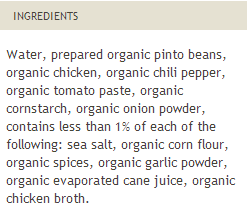 Whole Foods has a ton of store brand options, and while I haven’t looked at the ingredient list for all of them, I’m fairly confident they all have simple ingredient lists. 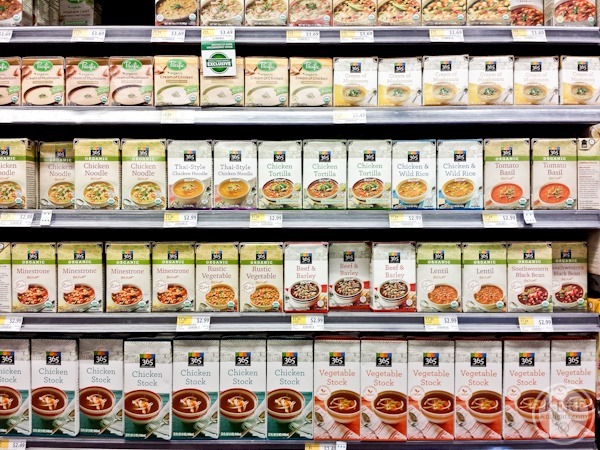 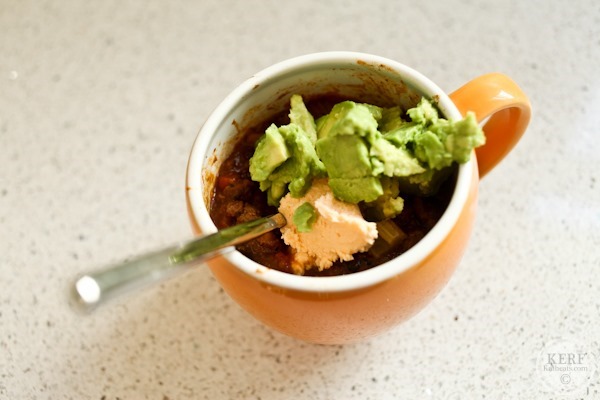