Do you know the term “baby bunching?” It’s when you have your kids back-to-back to rough out the young times all at once.

Today was kitchen bunching! I dirtied up the same bowl and pans and food processer with multiple recipes so I’d only have to clean them once : ) 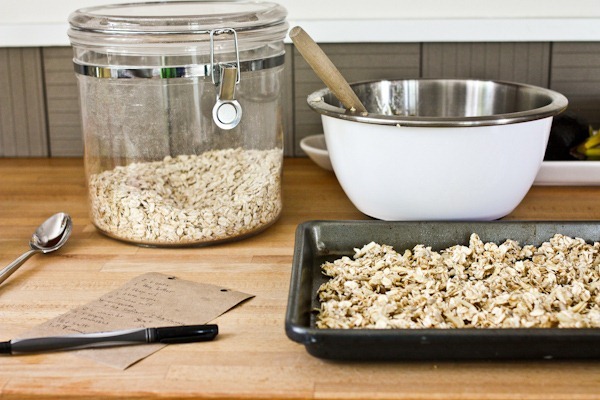 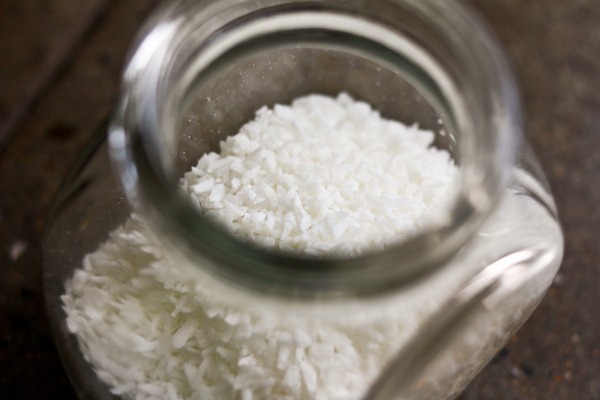 I put about 2.5 cups of unsweetened coconut flakes (which we buy in bulk for the bakery) in the processor. 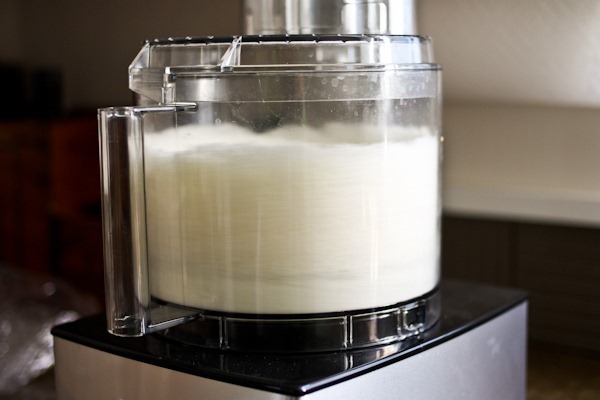 It was pretty gritty, so I decided to add a tbsp of coconut oil to help smooth it out. This actually worked well! 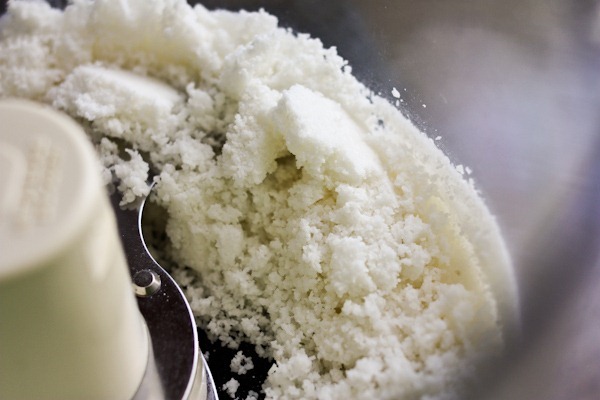 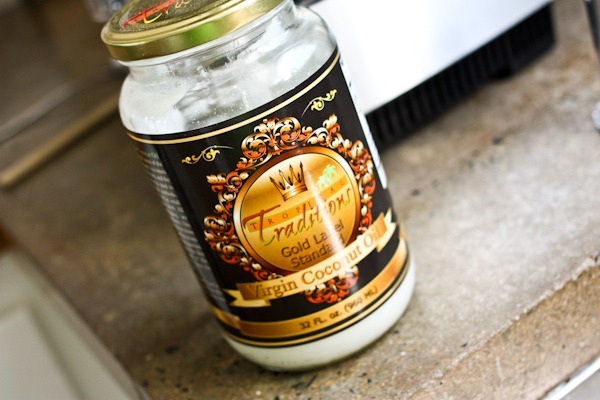 The end product is a nice texture…but I’m not sure of the taste! It’s not quite as good as my favorite Artisana. A bit more savory or something? 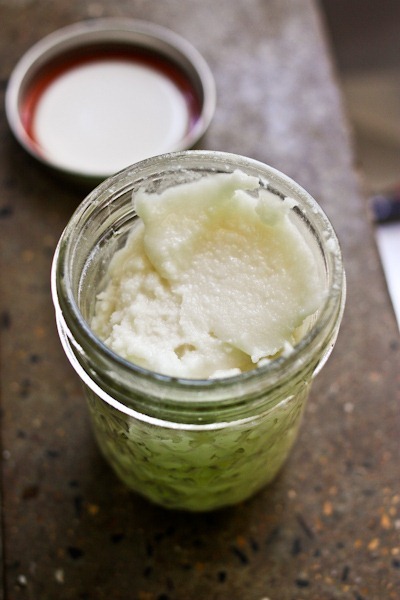 Recipe #2 was homemade almond butter. I used this recipe minus the pumpkin spices. 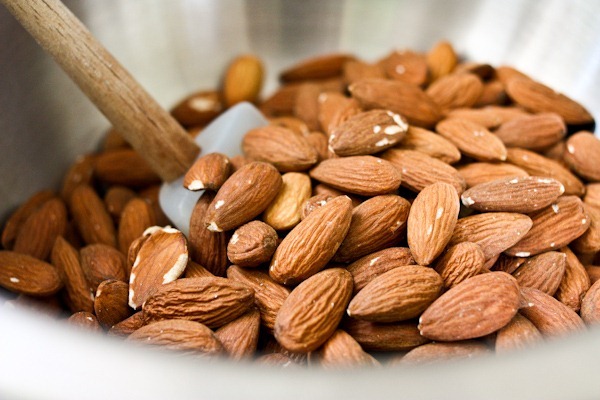 Roasted with 1 tbsp molasses and 1 tbsp honey (I’m out of maple syrup!) 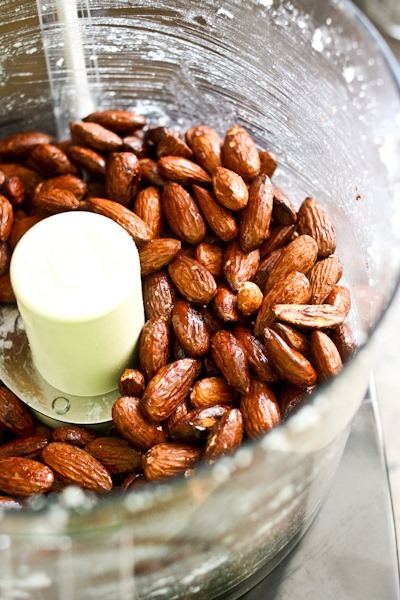 Whirled with 1/2 tsp salt and 2 tbsp canola oil. Came together nicely. But the taste is…off. No idea why. Too much molasses?  Missing maple? Stale almonds? I have no idea. Hope it grows on me! Maybe I’m just having pregnancy palate. 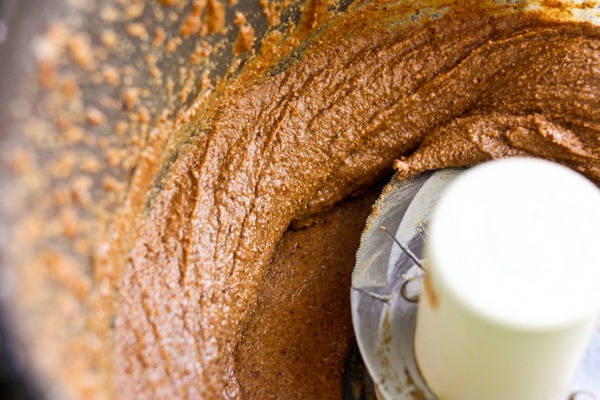 Lastly I made granola! 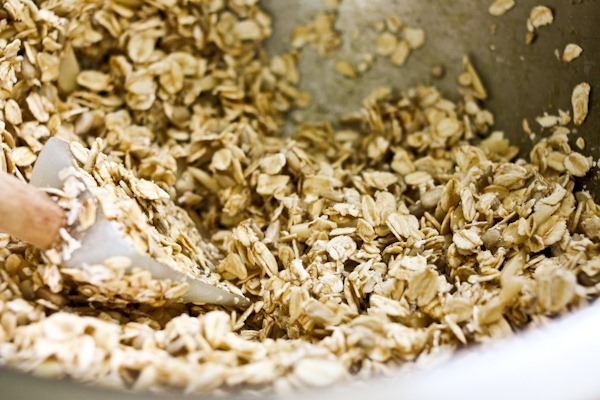 This one was a winner. 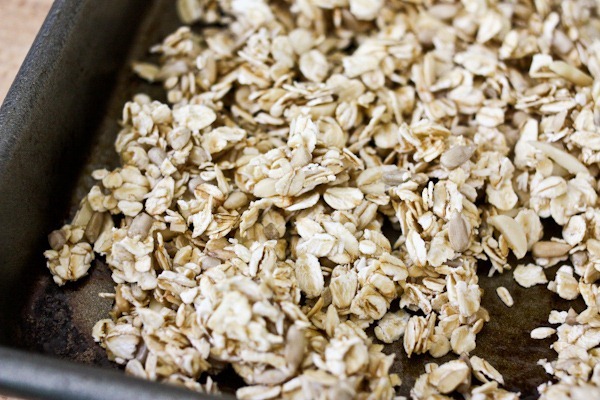 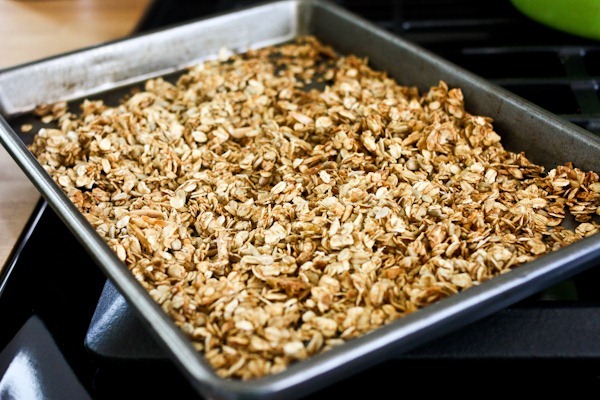 I had some in a near-empty yogurt container for a snack : ) 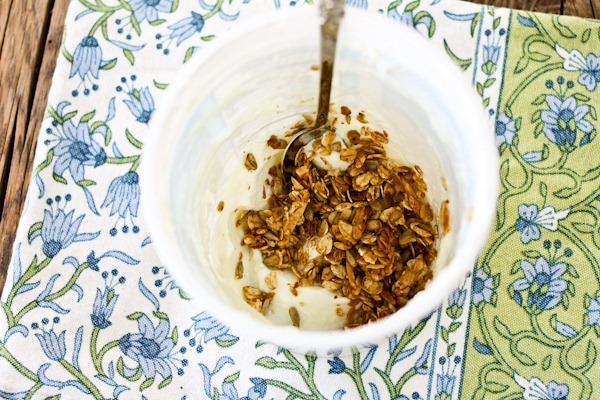 Then I walked to yoga!! Loved it tonight. I could tell such a difference in my squats from the first series to the last. Love cat + cow. Love legs up the wall. I so wish the class was twice a week!!

The plan for dinner was for Matt to get split pea soup started after his workout, but he ended up going later and walking me home, so we brainstormed other ideas.

Protein, protein, protein. I’m trying hard to get more! We debated everything from sardine salad to boxed soup to pasta and couldn’t settle on anything. My appetite has been off today and a touch of the first trimester made a return.

The funny thing about pregnancy cravings is that they aren’t really cravings. They’re almost anti-cravings. Everything sounds gross except for ONE thing and that one thing is what I decide to eat. 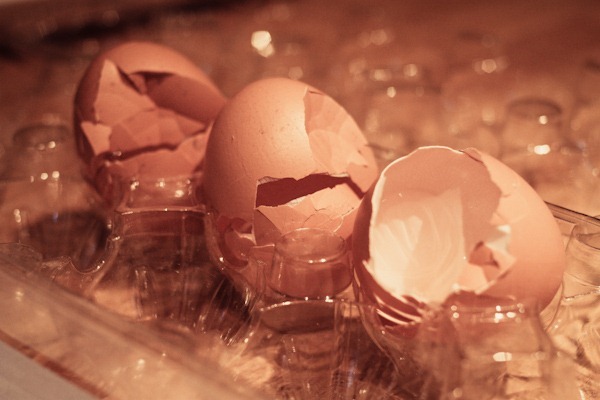 Tonight that one thing was french toast! 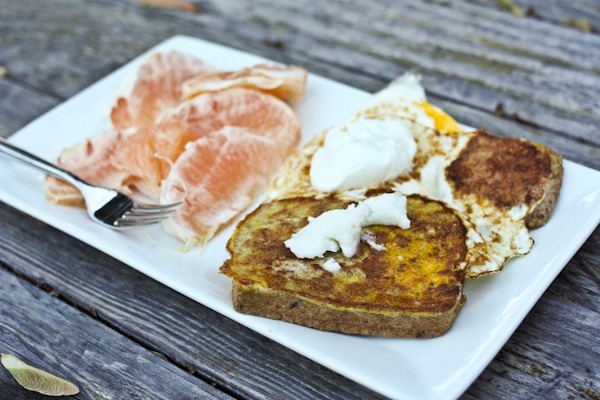 I had a big salad at lunch, so I didn’t worry about veggies with dinner. Had a grapefruit instead! 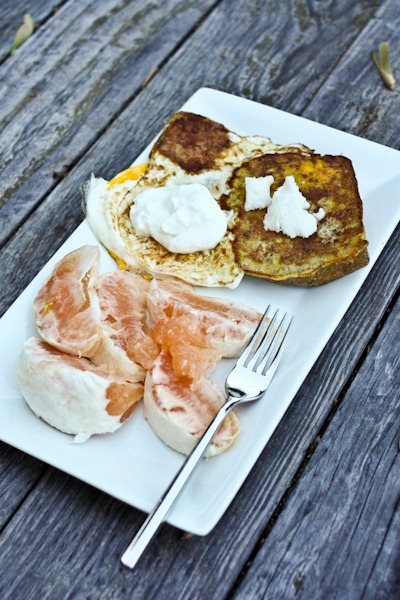 This was Egg City – an interconnected slice of Cville Crunch glued to an end piece glued to an egg, sunny side poked. I topped them with random coconut butter (still don’t like it 🙁 ) and some Oikos! 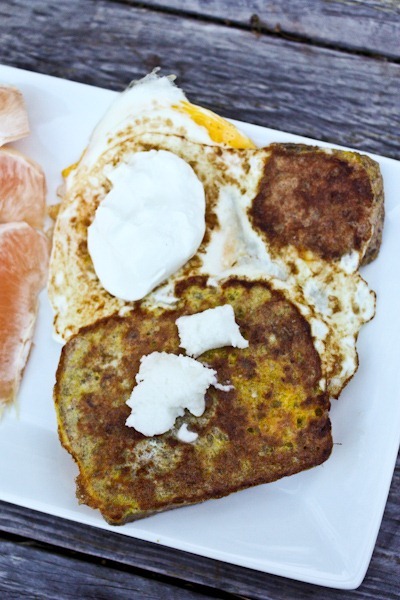 Thankful this dinner worked for my mouth! 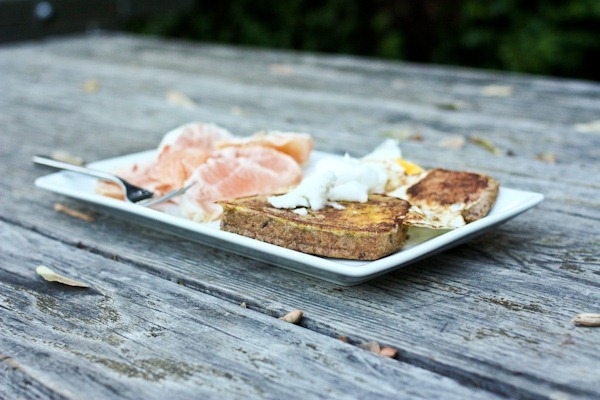 I wonder if the baby is growing through a growth spurt because I’ve just felt kind of off all day. I’m sooooo tired tonight and could have gone to bed at 8:30! Actually, I’m headed there now : )