Matt and I went to Sam’s Club today to check it out. He now has a membership through work and can flash the card to enter on the weekends too.

I was NOT impressed by Sam’s. Overall, there were many of the same things as in Costco, but it was missing a lot of Costco’s foodie items. I will admit that we went through pretty quickly and I did feel like I was in a stranger’s house because I am used to Costco, but I did not like it. So we up and went to Costco instead!

On the way there I snacked on my leftover Larabar half. I actually find Larabars very filling. Something about their density or the way I eat them (slowly) but they really work for me better than oat-based bars. [iPhone photos! Such a lifesaver 🙂 ] 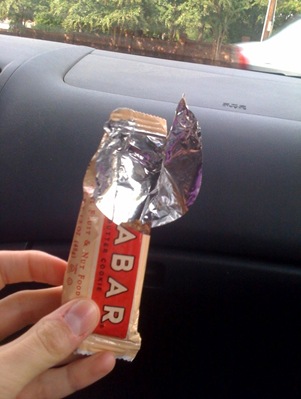 At Costco we found some great scores! 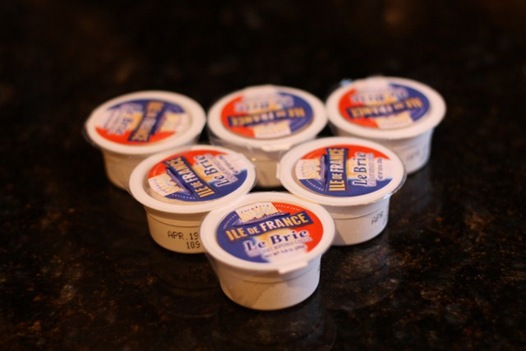 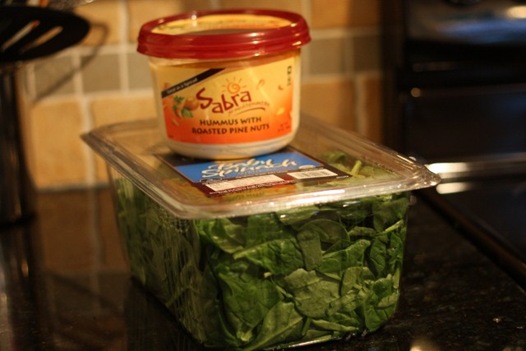 Two organic chickens that will last us two months. One for October and one that we froze for November (help stretch that dollar $$$ !!!) 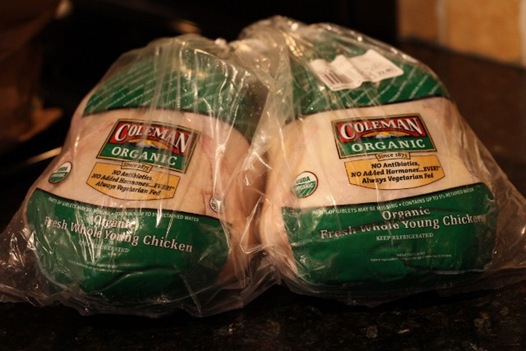 Pena butter!!!! All we’ve got in the stash are various almond, brazil, hazelnut and pumpkin seed butters so it was time for a new peanut butter stash (because Matt is encouraged to eat the less-precious butters 😉 ) He was so excited to taste them that he had a spoonful for a snack. I licked a bit – it was great! A like like Trader Joe’s but slightly more….fresh nutty and a little less roasty? These two huge jars were in the $6 range! 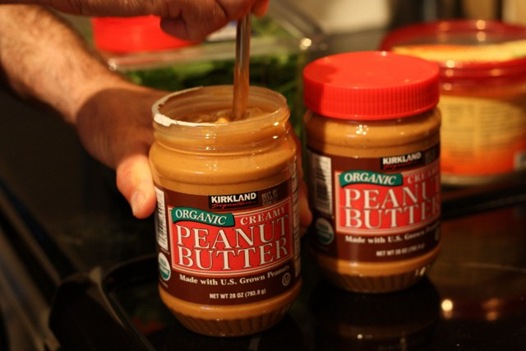 Cheeses for our picnic tomorrow. A tri pack of goat and Parrano 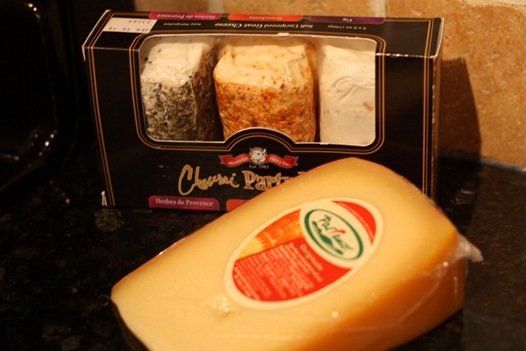 OATS, a new kind of multigrain Barilla and tuna, which Matt eats all the time. 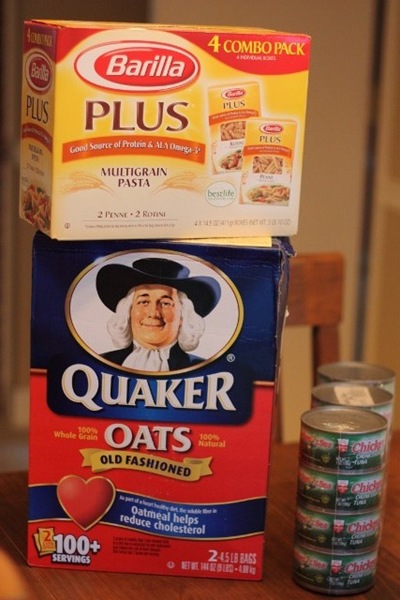 Then we stopped into Harris Teeter to pick up a few extras. This trip was expensive, but we’ll only need dairy + fruits + veggies for the rest of the month.

We got all FALL things – squash, kale, brussels, organic grapes, local apples, carrots, and an eggplant. 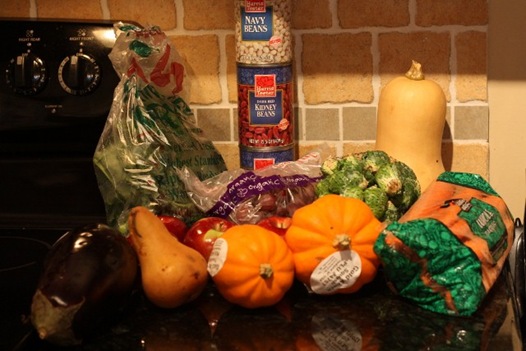 I FOUND IT!!!!!  I cannot wait to try this! Too bad I don’t have a meal/snack free until Sunday 🙁 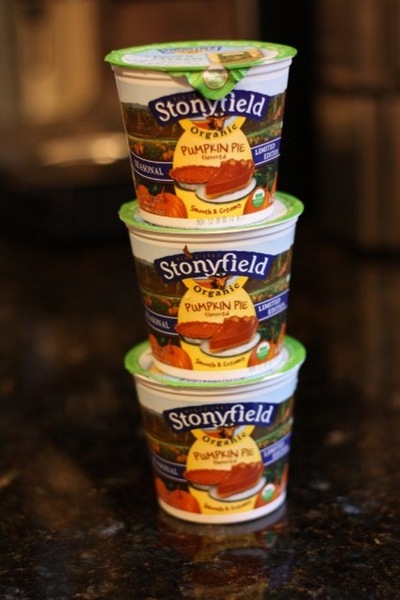 After all that shopping, we were ready to kick back and watch the Office!

Carrying on the theme of the month… 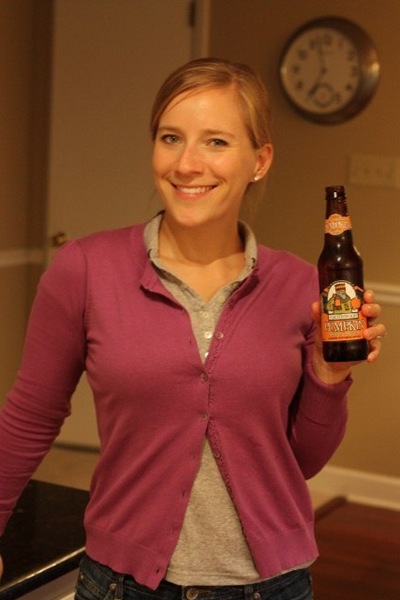 While we relaxed, our oven was hard at work on this: 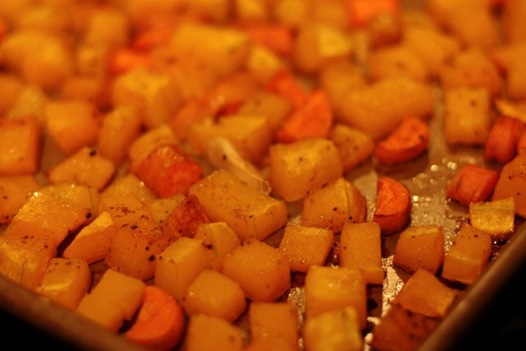 The were the absolute best roasted root veggies I’ve ever tasted!! Butternut + carrot tossed in cinnamon, nutmeg, brown sugar, canola oil, salt and pepper. Baked at 400* for 30 minutes. SO BUTTERY!!! 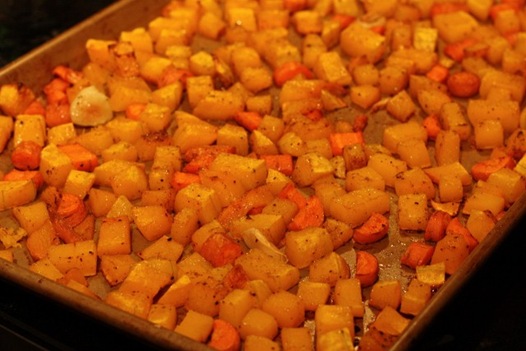 We turned them into a lovely soup! 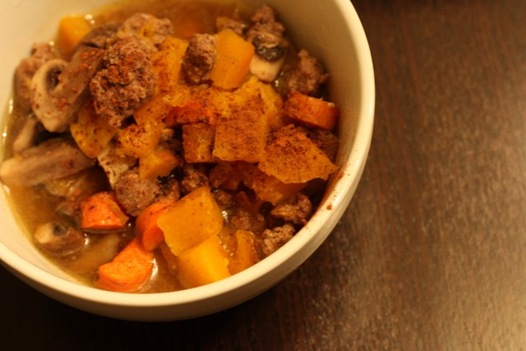 We browned some frozen/thawed grass-fed beef 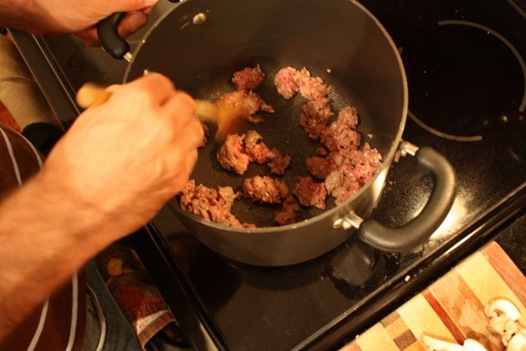 And some baby bellas 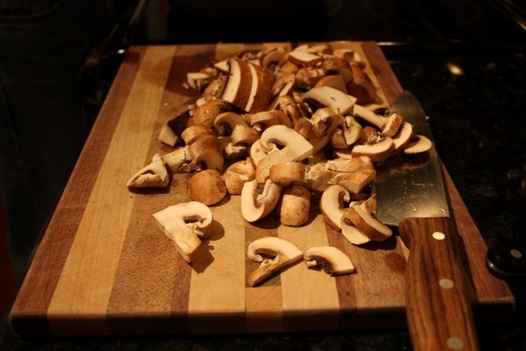 and the last third of my pumpkin beer!! Yes, it was delicious, but I have a race in the AM and thought it would be fun to add. I think we could taste it!? 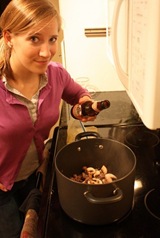 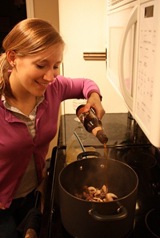 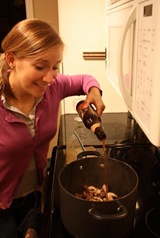 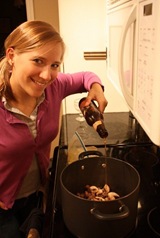 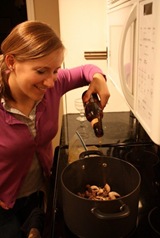 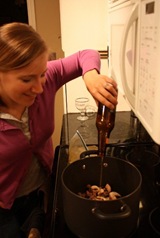 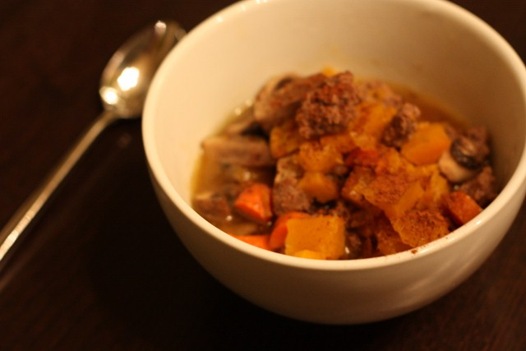 It was awesome!!!! Like a stew. It made about 4-5 servings. I added more cinnamon! 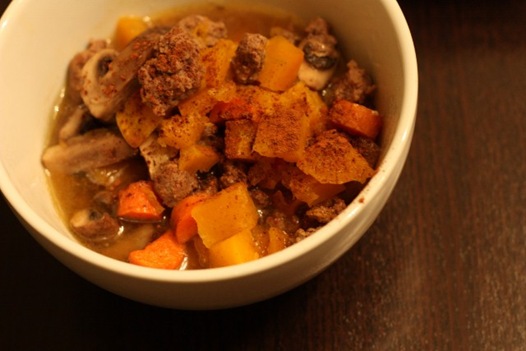 On the side we nibbled on Hazelnut Cocoa Brown Bread. Loving my cube method. It’s so much more fun to pop one of these in my mouth than to take a bite of a slice. 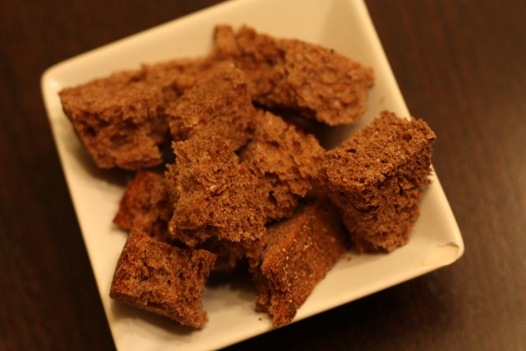 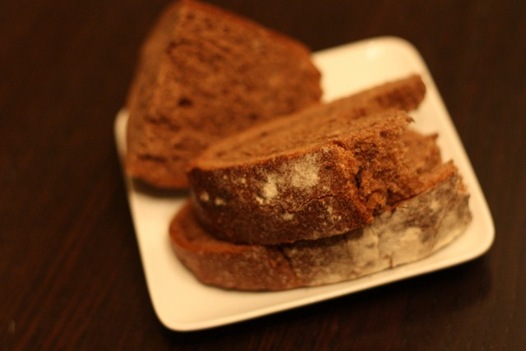 Continuing the BROWN theme of tonight’s post, Karen brought over some of her famous Symphony Bar Brownies.

I usually do not like brownies. They are too dry and I prefer frosting and fudge. But these are the BEST brownies I’ve ever had (because they have a filling! And I love all things toffee!)  Karen has been making them since we were youngins in college. And it’s a very easy recipe that uses brownie mix. It’s no secret – I’m sure the recipe is Googleable! Here are two versions I found. 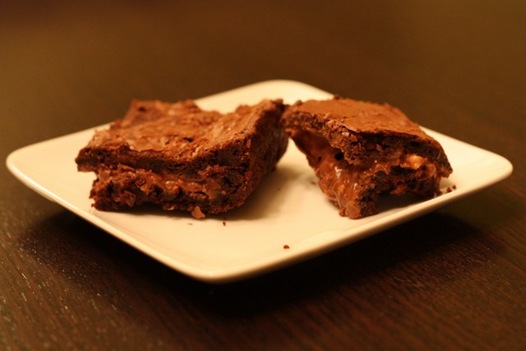 Race For The Cure

Last year’s Race was really fun and I PRed my time. Then I ran the Jingle Jog in December and had a huuuuge back-up at the start and missed a PR.

But tomorrow I am not going to put the pressure on myself. I will just make myself sick with nervousness! I’m going to run as fast as I can on October 3, 2009.

You know the saying that your only competition is yourself? Well I don’t even think you can compare yourSELF race to race because there are just so many variables. Races are not science experiments!!!!!!! Factors like sleep, temperature, HILLS, crowds, GI tracts, fuel, hydration, weather, emotions all create so much variation that you really can’t even compare annual races. This year has a totally difference course with different hills and terrain, so I will do my best to run fast, but to compare myself with last year to a T isn’t a fair test.

See you at the finish line!