You are here: Home / Lifestyle / Race For The Mountain

I just barely survived! (Sorry for the blur – but that’s what my vision was like too!) 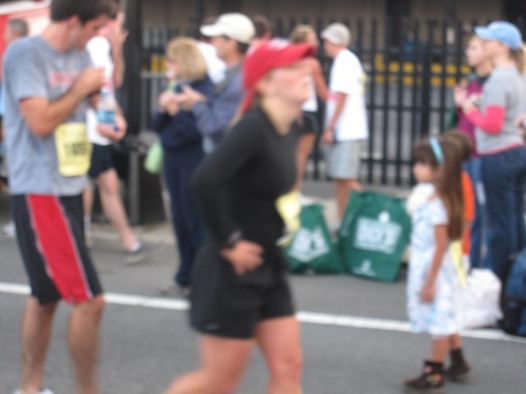 We started the morning bright and early at 5:15. Once I was dressed, I made a breakfast. I did not get up early enough because this delicious toast with banana, PB + flax was in my stomach the whole morning! 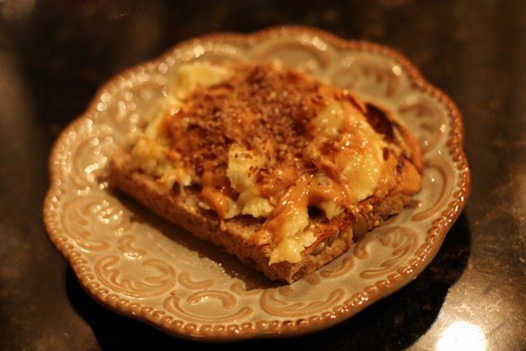 I also drank some coffee 1) to avoid a headache later (hate that!) and 2) Because some studies have shown that caffeine increases athletic performance. I was hoping for a placebo effect at least! 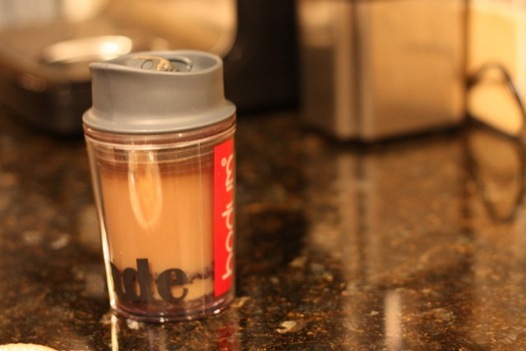 I just barely got breakfast down when Caitlin and Jason showed up in our driveway!

We were in a bit of a hurry because Matt left his chip at home and we had to turn back! But when we arrived at the start line we were THRILLED to find that we were the first ones to get in place. Last year was such a crowd and this year we had a great start.

[Thanks to Jason for the photography!] I’m about 3 rows back. 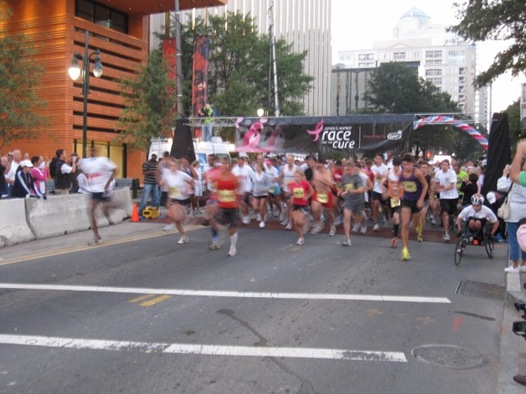 The first 2/3 of the race were AWESOME. I started out running in the 6:00 mile paces and then slowed to a very steady and strong 7:15 or so. I crossed the first mile at 7:12 on the clock and 7:24 on my Garmin. Waaaay head of my 7:41 pace to beat. I was breathing really hard and the hills were tough, but I felt strong. I just said to myself "I’m doing it!"

Mile 2 was harder, but still do-able. I passed the clock at about 14:50, still averaging under 7:30 miles!! I got excited because I knew I would PR as long as I continued charging along. I sprinted up hills on my toes (which really increases my speed) and took advantage of downhills by increasing my stride length.

And then it appeared – Mt. Doom. And I was just a wee hobbit at the foot of the hill. 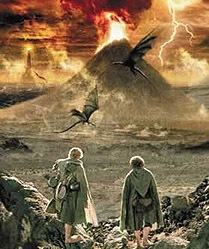 I looked at my watch and knew I could still PR if I could keep my pace in the low 8’s, but alas, the mountain got the best of me. My pace slowed to about a 10-minute mile and I was huffing and puffing. I got nauseous and actually thought I might throw up my un-digested breakfast multiple times. I almost walked but figured a slow jog was still a better pace.

The entire last .75 mile was up hill and it was hell. It actually made me mad because I was doing so well!! Little hills are fine for 5k’s but this hill was just a bit too much.

Not a 5K PR, but certainly a 5K-with-a-killer-hill PR 🙂 All races are not created equal! 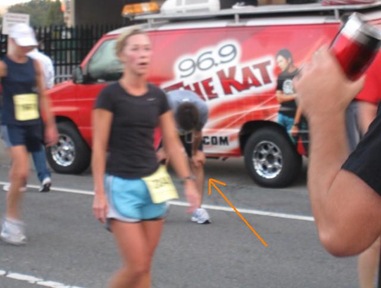 Caitlin and her friend, Kehaulani, were just behind me in the 27:00’s 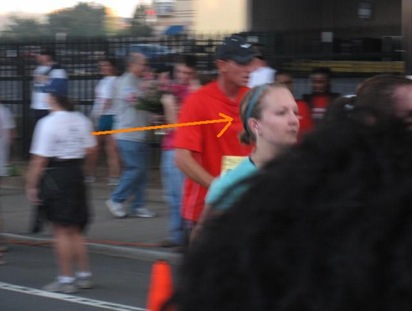 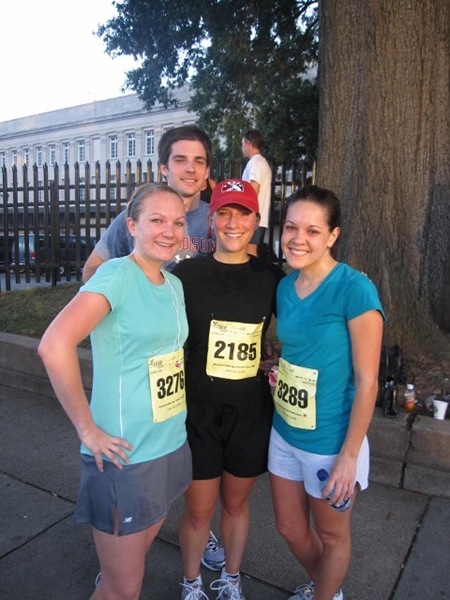 There were lots and lots of people!! What I love most about Race For the Cure is how many people support the cause!!! It is such a huge event now and that is only good news for cancer research. 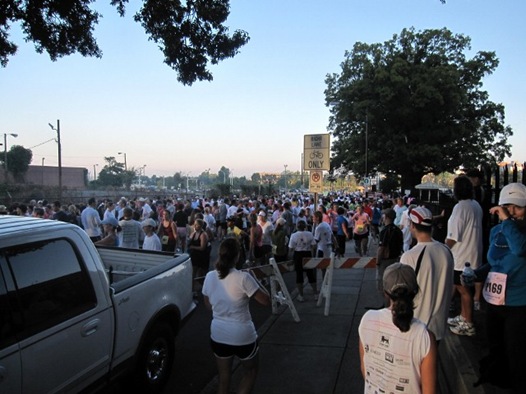 "Let’s go to the Expo for some free stuff!" 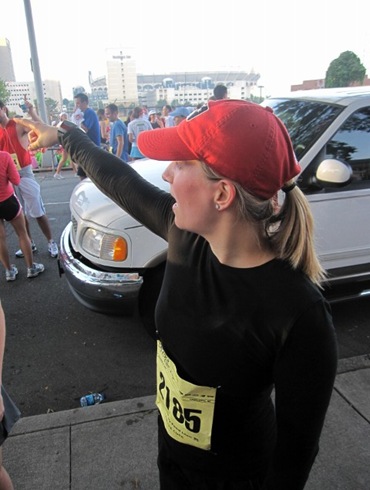 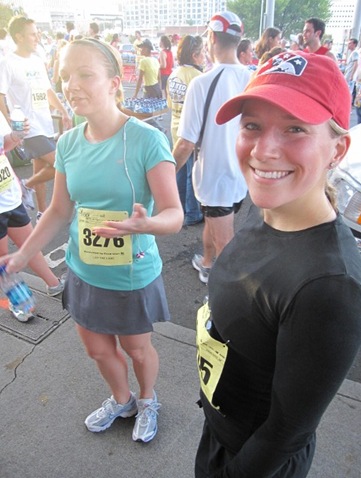 The Expo had lots of options – although most were not quite what one might want to eat after a hard race! 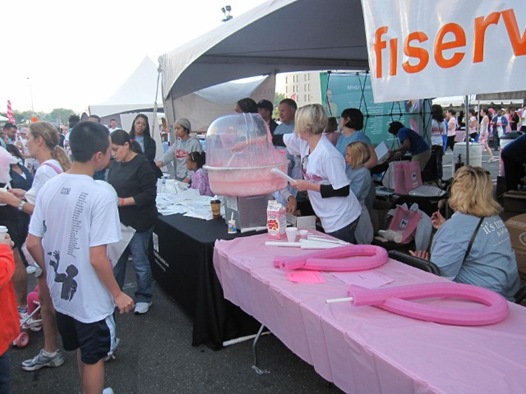 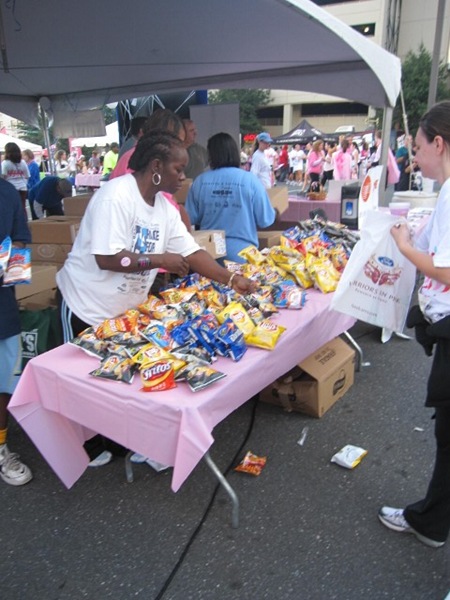 I also saw some CAKE but never found its booth. I wouldn’t have wanted any anyways.

I just wanted water – and swiped a banana to save a few cents on groceries this week! 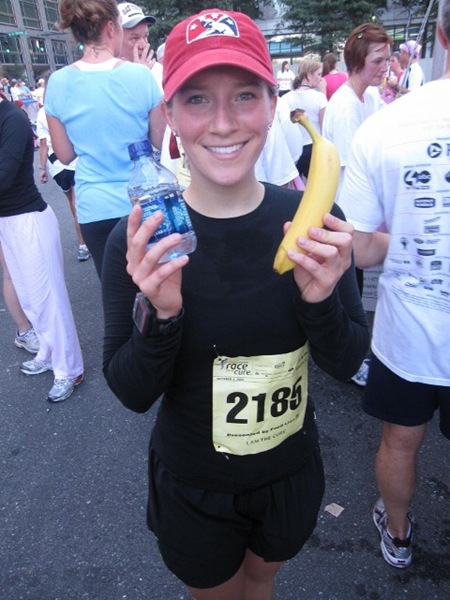 Matt handed me a mini coffee, but I had only had a few sips to warm up and passed it back to him 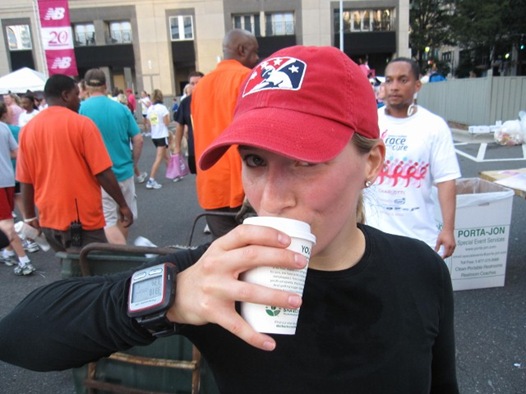 I checked out the Fuze samples but declined 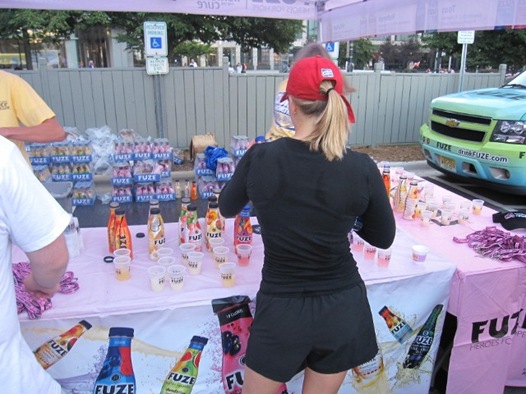 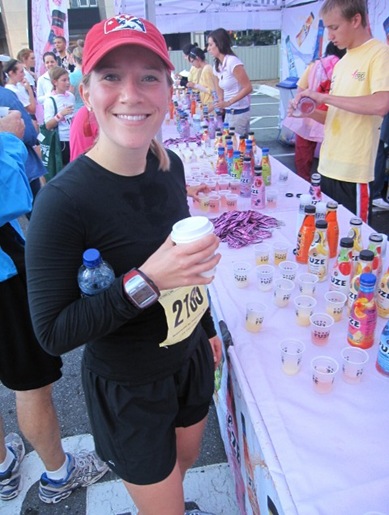 Did taste a Strawberry Banana smoothie 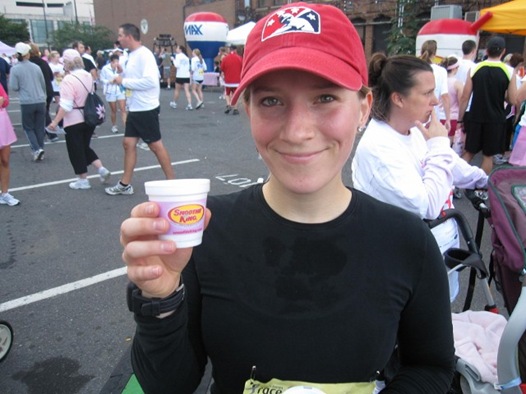 And played yogurt. Why doesn’t Yoplait make YoPLAIN yogurt! I also ran into Whit’s Getting Fit!! 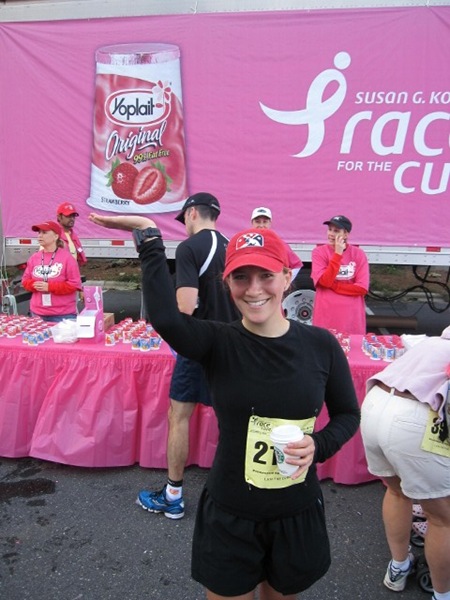 We walked about a mile through the expo and back to Jason’s car and arrived home to a spider!! (He was bigger than he looks!) 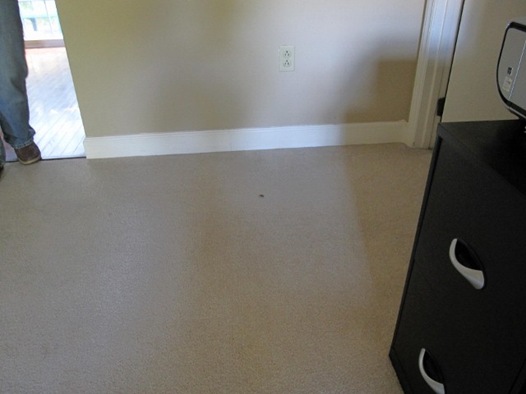 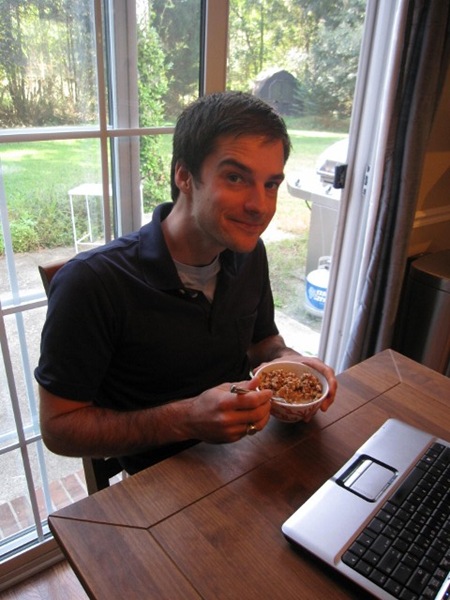 Around 10:30 my stomach growled loudly!

So I had some pie!!!! Topped with the IKEA graham crackers, it was so pie-like. LOVED the flavor!!!! I was afraid it would be too tangy-yogurty but it was perfect. Just like pumpkin mousse filling. 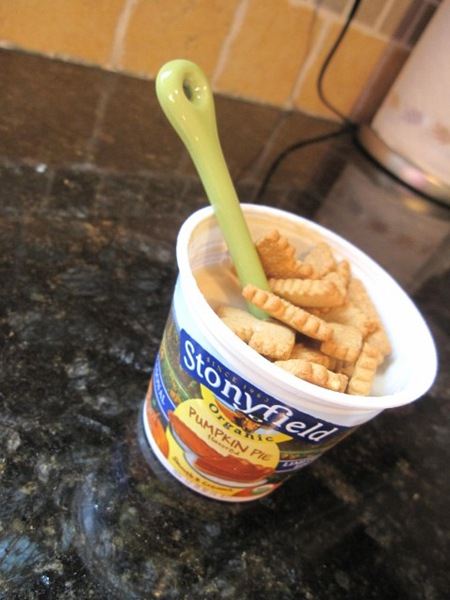 Was it worth getting up at 5AM on a Saturday for? You bet! Remind me of that next time.

There are already plans to sign up for this 5K put on by the Charlotte Airport on Halloween. The race is on the RUNWAY!! You want to know why I’m excited? Runways are flat 😉

We are gearing up for an exciting day at the Great Grapes Wine Festival, an annual event we’ve gone to every year since we’ve lived in Charlotte (even in a Hurricane once!!) 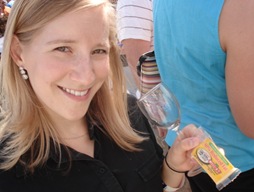 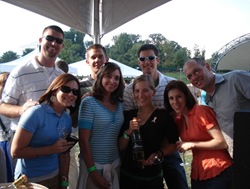 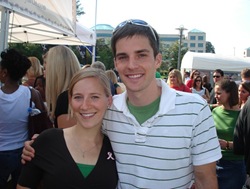 I am hoping to actually remember this year!! We’re meeting our friends for a lunchtime picnic beforehand!