Another night of restless sleep. It was probably the looming start of classes, or maybe an offset vacation body clock, but I blame the cup of coffee I had yesterday!! I slept great all week long and I have my first cup in 5 days and my insomnia is back!!

When my alarm went off at 5:26, I considered going back to bed, but despite the tossing and turning, I was wide awake (blame the adrenaline for that one) so I got up and went to the gym. It was a great workout and I’m very glad I went. It was a very “in the moment” gym session – I thought at one point that I was so happy being there right then. There’s an older man who bikes beside me sometimes and he calls me “Soccer Girl” because he thinks my body type is like a soccer player 🙂 He and I chatted for a while. I did 30 minutes on the Stepmill followed by 20 on the Stat bike and 10 of lifting + stretching. I had to end with a down dog!

The husband was going join me to keep his body clock in the early morning stages, but he chose sleep instead, which is always nice because it means he can get the oats started while I’m getting dressed 🙂 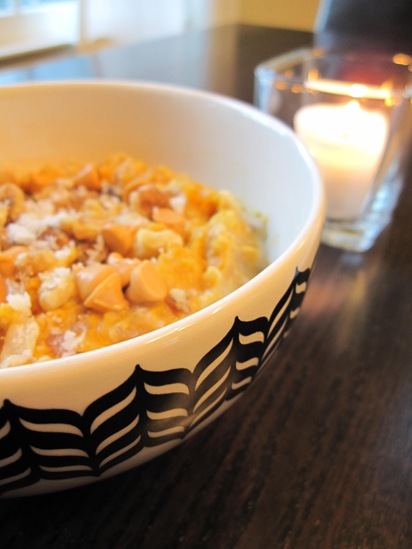 Should keep me going for hours! 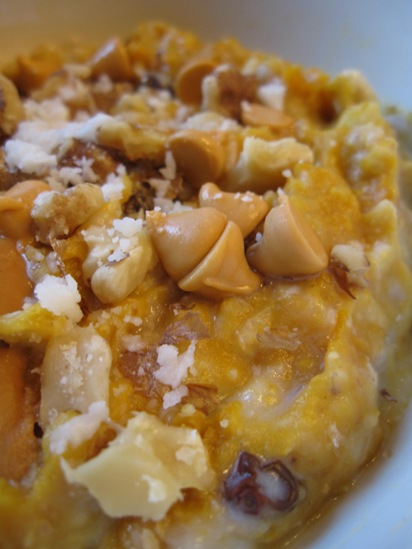 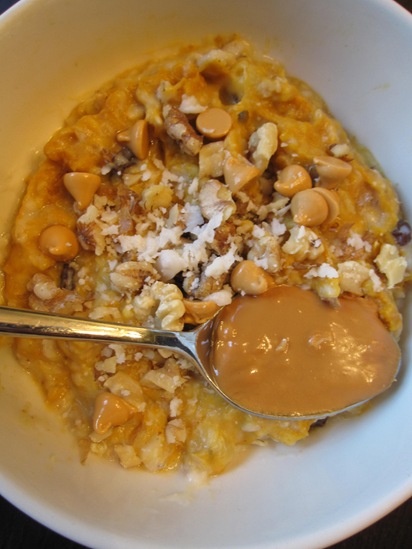 Plus Coconut Chai Tea with some milk. The husband made French press coffee – it was quite good, but I’m going to hold off for a while on the coffee. 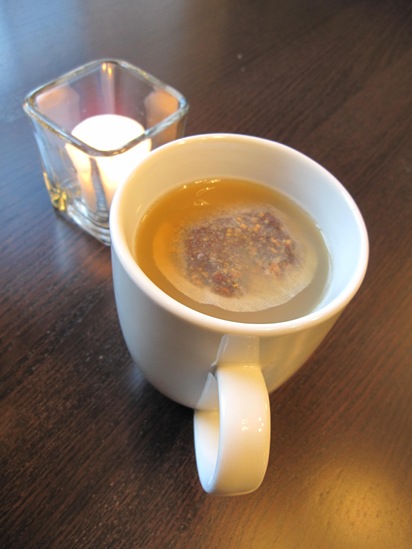 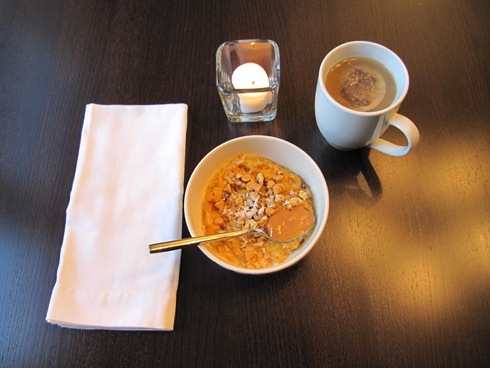 Off to work my brain!