I was just doing Organic and realized I haven’t blogged yet!!

I went to three grocery stores this morning looking for the best deals. I could have easily added 2 more to probably get ALL of them, but I was worn out!

I first went to Food Lion looking for Food Lion brand pumpkin. My mom brought some of her leftover pumpkin from her Thanksgiving pie and it was SO GOOD. She said she thought it was FL brand but ours didn’t have any but Libby’s. While there, though, I did buy some romaine for $1.79, which I knew would be cheaper than EF or TJ’s, some local kale, 2 sweet potatoes for $.19/lb (!!), some Bertolli pasta sauce I got for free with a coupon from BlogHer, and 2 cans of pineapple for $.66.

Then I made my way to Trader Joe’s. There I picked up some greek yogurt, 2 jars of pumpkin butter (my homemade kind was good, but since I still had to buy the ingredients and pumpkin is $1 at least per can, I decided $2.29 for a jar was worth the extra $1 because it’s better than mine too!), an orange, a grapefruit, carrots, cranberries, bananas and shredded cabbage.

Then I hit up EarthFare for the rest: eggs (they are cheapest there!), 2 Amy’s soups I got with a coupon to try, bell pepper, 2 HUGE cans of Libby’s pumpkin (EF is the only store to have the giant cans that I’ve seen), lime, grapes, an apple, Oikos with coupons, and EF peanut butter on sale!

I got all of that for about $40. A little higher average than the Thanksgiving Challenge weeks, but I did stock up on some stuff like PB, PB + soup that was expensive-ish. Since we barely bought anything this week, the challenge continues. 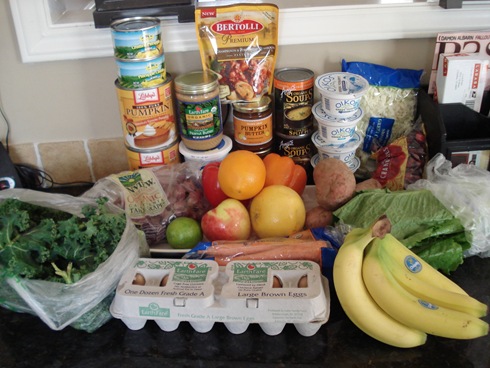 Guess which store had the best samples!?! 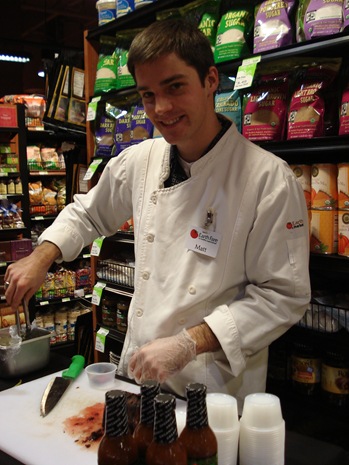 He was demoing some beef tenderloin + green beans when I arrived! I had 2 pieces and a chorizo taste from the case behind me – 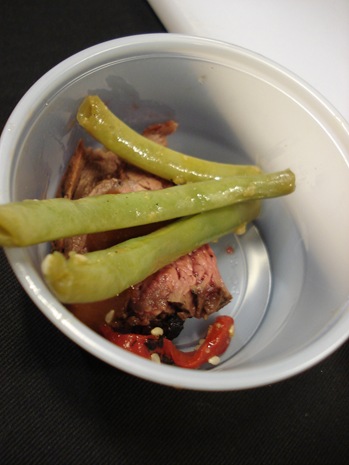 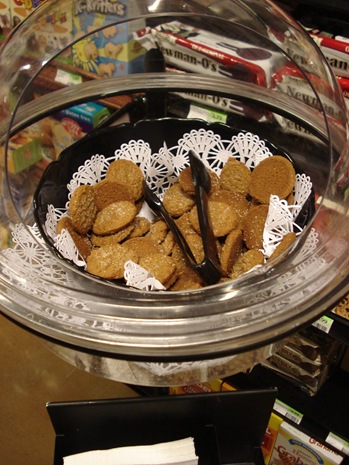 And chocolate covered peanuts! I also had a tiny round of bread, a mini coffee and 5 graham bunnies. 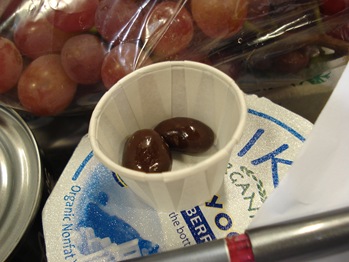 When I got home at 1:30 I felt like I’d already had half of lunch, but I was still feeling a little empty so I made a voluminous salad – 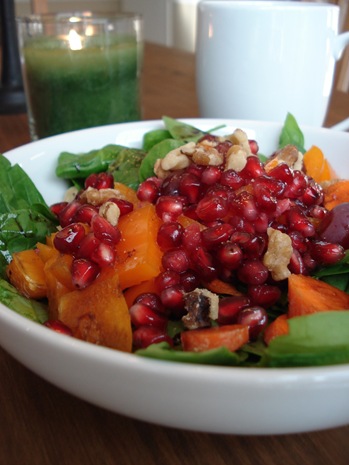 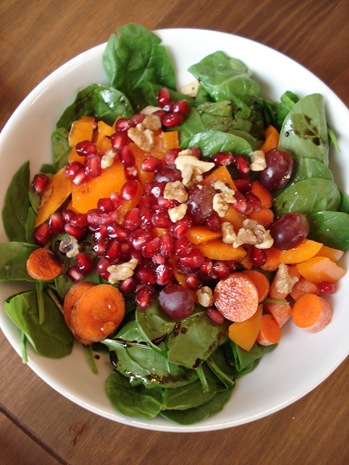 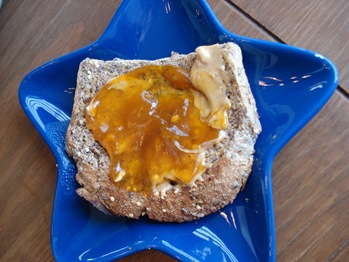 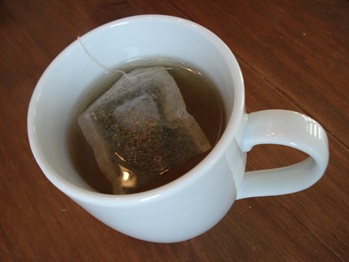 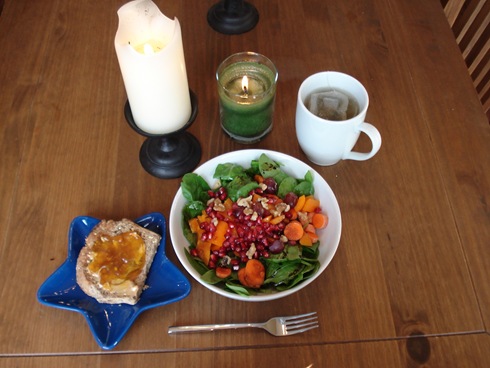 While I’ve been studying I simmered some wheatberries and then some cranberry sauce. I had tastes of each. The new stove was very happy with me. 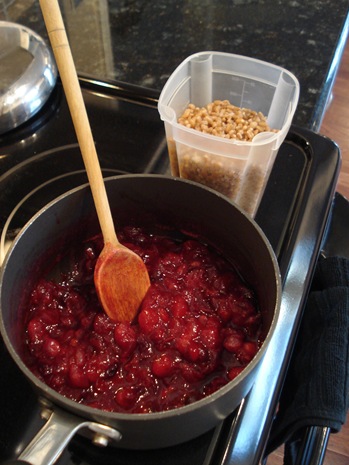 I wanted to bake some cookies for GOTR to use the oven but honestly, Organic really needs my attention since I have 4 finals this week on Tues, Wed., Thurs. + Friday and I’m only ready for 2/4. I might try to do it tonight after dinner if I get a lot done.

One reason I am a 3-meals-a-day type is that my stomach has to be stretched to really pump out the satiety hormones (stomach distention is one of the satiety cues, I learned in Physiology last semester). Since I’ve had mini meals today, I still feel kind of hungry! I’m probably going to have a snack soon and then head to Cardio Funk at 5!

Have a wonderful relaxing Sunday evening!