Baking didn’t happen, but Cardio Funk did 🙂 I might be able to bake tomorrow after my morning class, but my car is squealing (according to the family engineer, it’s probably one of the new belts that is a little loose so I should have it looked at but it’s safe to drive) and the husband’s car has the “malfunction light” on so he needs to take his in too. Grrr! So I might have to do car things when I should be 1) baking and 2) studying. 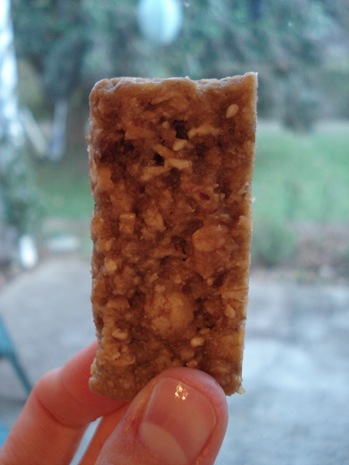 I warmed up with 26 minutes on the ET and a magazine and then joined the hundreds of people in the gym for class. It was a blast! I’m not sure which was my favorite song/dance: Crazy In Love, Bye, Bye, Bye or Footloose! I am definitely getting better at the moves – and am also putting a jazzy spin on them and less funk, which reminds me of dance class 🙂

I got home at 7, quickly showered and put on sweatpants and hopped to the fridge to work on dinner. We took last night’s leftover root veggie mash (planned to have extra) and added broth, milk and kale to make a soup. We love soups! 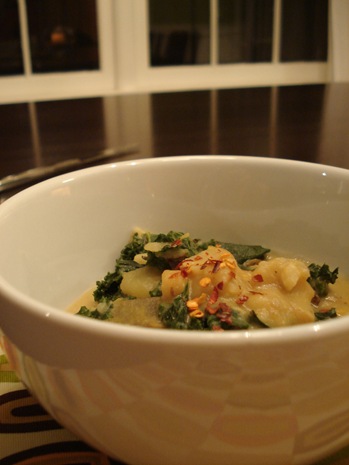 This was about 3-4 cups root veggies, mashed, about a veggie plastic bag’s worth of trimmed kale, 2 cups broth, 1 cup milk, and a sprinkle of flour for thickening. First we steamed the kale in a little broth and then added all the rest. Also involved were red pepper flakes, all spice, S+P. 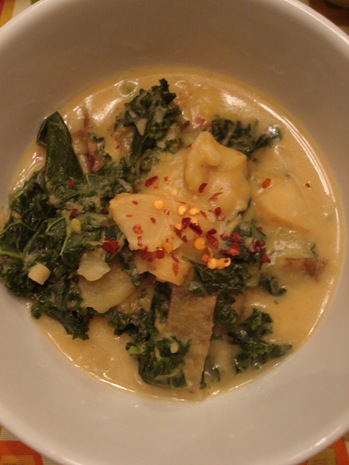 GH bread with butta on the side – 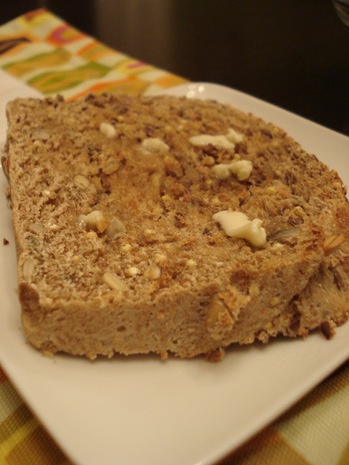 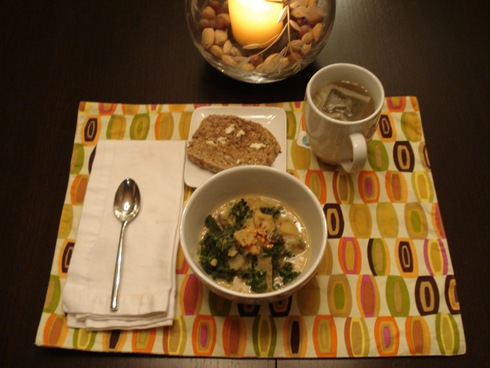 I had a tiny square of pumpkin bark for dessert.

Speaking of pumpkin, it’s been WAY TOO LONG since I had pumpkin oats!!! SO excited!!

Tomorrow is my last class (Organic, final exam review) and then I have a GOTR party in the afternoon. The rest of the day will be spent either baking, at the car place and/or studying (which should be priority). I have my Micro exam Tuesday at 11, Foodservice Wed. at 3, Lifespan Thurs at 8 and Organic Friday at 8.