You are here: Home / Weekend / Gardening is Hard, Cooking is Fun 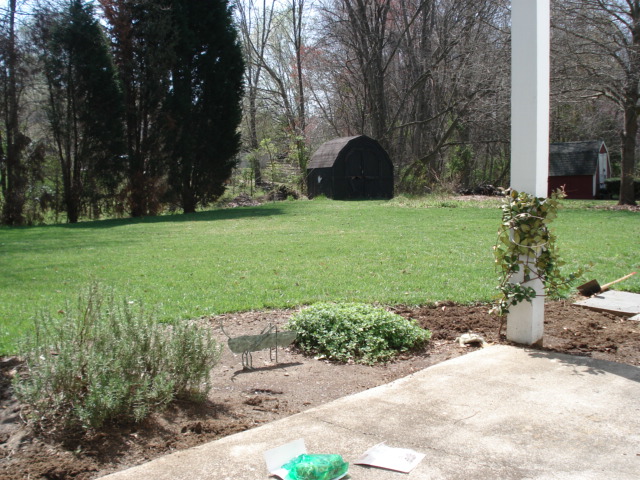 I weeded for an hour and half! My body is worn out from all the squatting, bending, and leaning on my arms. It was fun though – I listened to Pandora Contemporary Country and heard lots of my favorite songs. And it helps that the weather is just gorgeous. The husband cut the grass and is working on bulb planting. Surprisingly, I’d rather weed than plant. I guess because you can be more careless and move quicker with weeding. Check out my handiwork and our tulips that opened TODAY while I was out there! 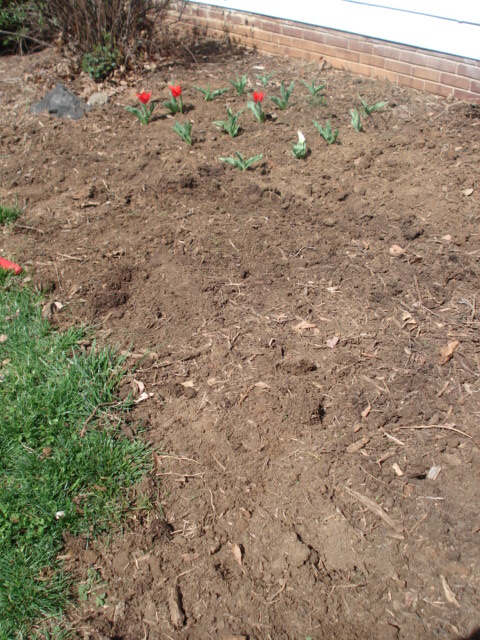 We have quite a few “animals” in our garden – here’s a lion and a frog next to the jasmine and lavender. One day after we first got him (he was my grandmothers!) the lion scared me to death because I had no idea what was hiding behind the pole. 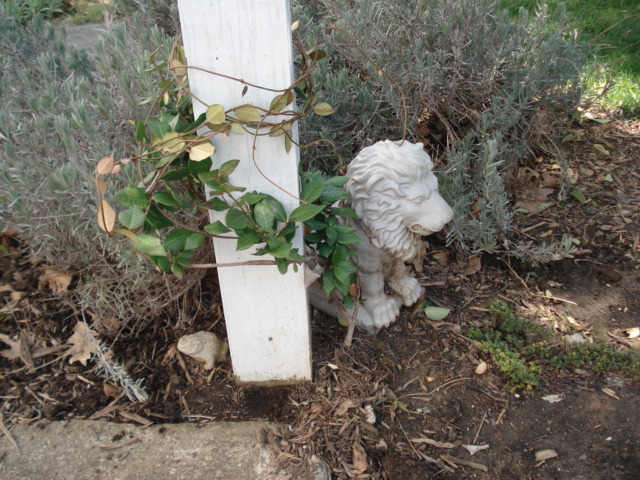 Since I have a bunch of leftover chickpeas I decided to give Veganomicon’s Chickpea Cutlets a try. I’m sorry that I can’t share this recipe with you all since it came from a cookbook and I followed it exactly. But you could go to a bookstore to check it out!

The recipe called for vital wheat gluten. I was not happy about going to buy it and asked the husband about it – he said we had some already!! Apparently my mom gave it to us a while back. Perfect!

I really liked the texture of these and they were pretty big, although 235 kcal per cutlet is kind of a lot if you’re going to make a sandwich with it and have sides. Next time I might make them a tad smaller and more portion friendly. And while I loved the texture, I wasn’t crazy about the flavor. The mixture had soy sauce in it and I’m not the biggest fan of soy sauce flavorings so I think that’s what I didn’t love about them. The husband thought they tasted JUST like chicken – I think he liked it more than I did! I WILL make them again though and leave the soy out, make them a little smaller, and add some more of my own flavors. The wheat gluten was awesome to knead and they were nice and chewy – my style! I also used cooking spray instead of oil to cook them in and they turned out fine for me. 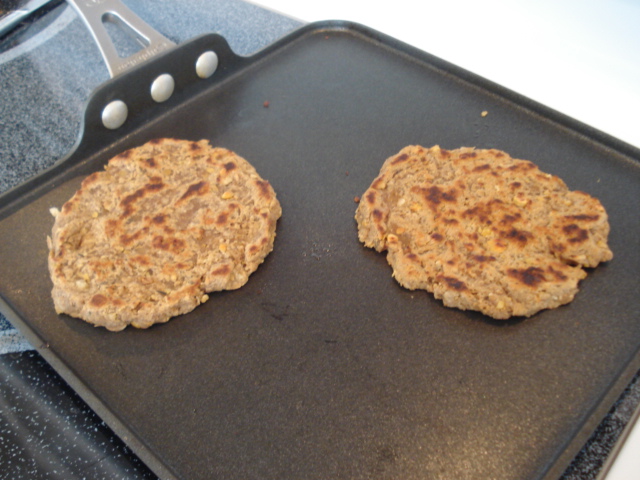 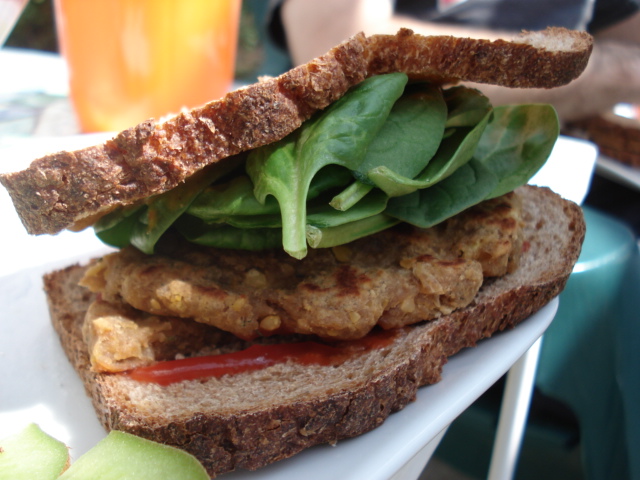 I ate it with ketchup and mustard. 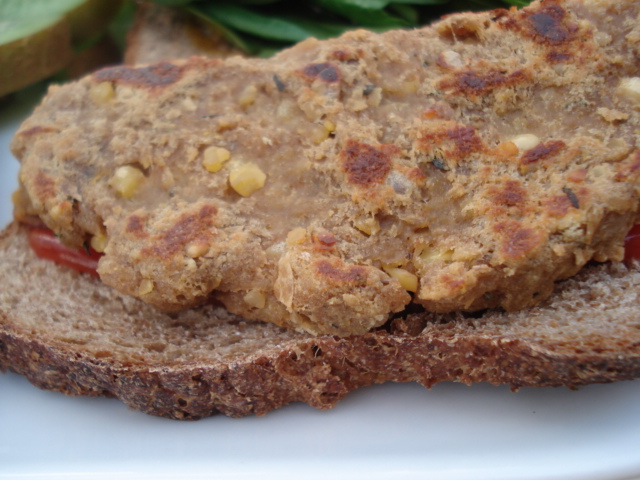 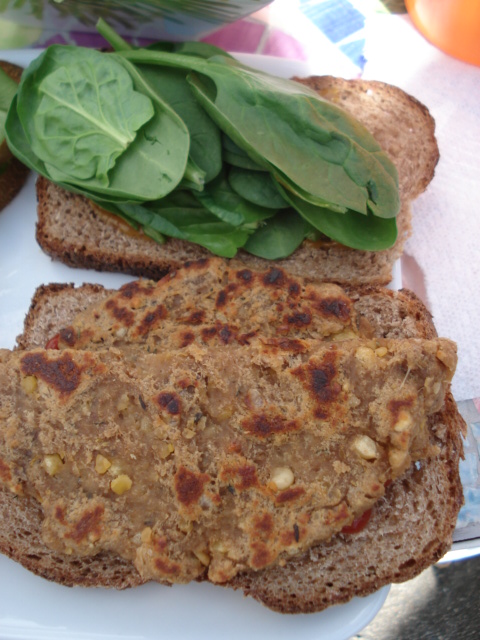 On the side – a spinach salad with carrots, a dallop of whipped cottage cheese and raspberry blush vinegar: 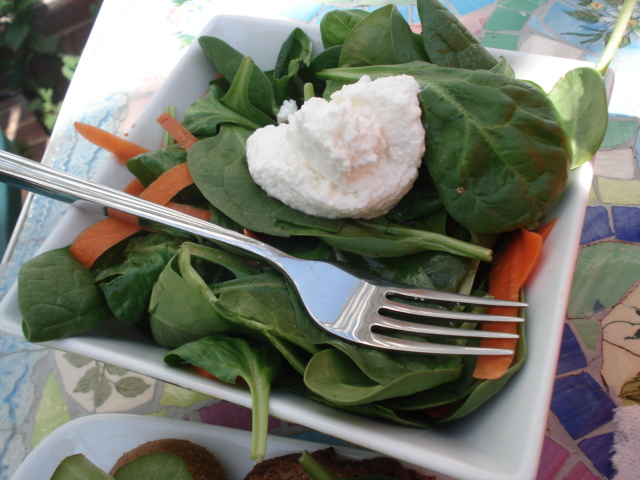 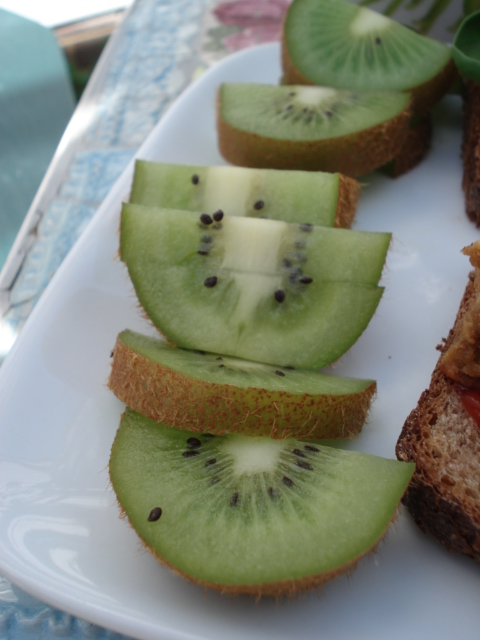 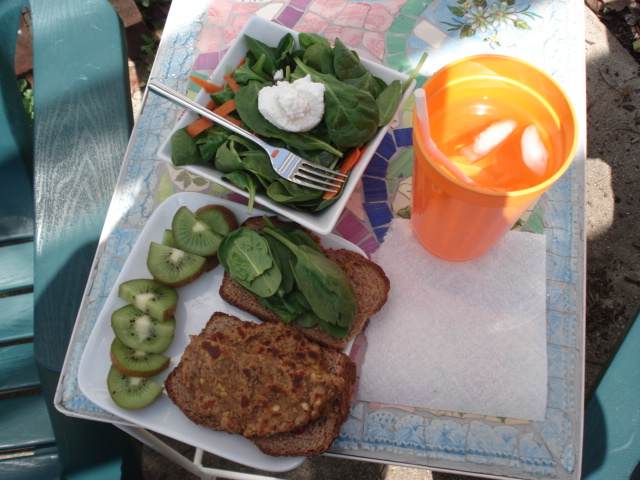 This lunch was about 550 kcal, 12 grams fiber and 30 grams protein. I’m not that full, so I hope it’s one of those slow-release kind of lunches!

Tonight we’re going to dinner with some friends!! Yippee! Until then, I’m off to see how this Stats final project goes. It could take me 2 hours, or it could take me 2 days – I have absolutely no idea if I’ll know how to do the requirements!