You are here: Home / Lifestyle / All About the Flava’

Yes, this dinner at Nolen Kitchen was all about good tastes on my tongue!! Despite eating a large amount of good, restaurant food, I’m surprisingly not full. I think because it was a 3-hour dinner! But it was a blast and we had a great time with our friends 8) I forgot to get a group photo though!!

We started at the bar. What I LOVE about this place is they offer “tastes” of wines for half the cost of a glass (and half the wine of course). So instead of having 2 glasses of wine, I had 3 tastes – for 1.5 glasses and was much happier getting to try 3 kinds. I also had sips of the husband’s (and he had sips of mine) so we really did taste a ton of good flavors tonight!

I started off with the Lake Sonoma Chardonnay – a buttery favorite! Next to the husband’s beer 🙂 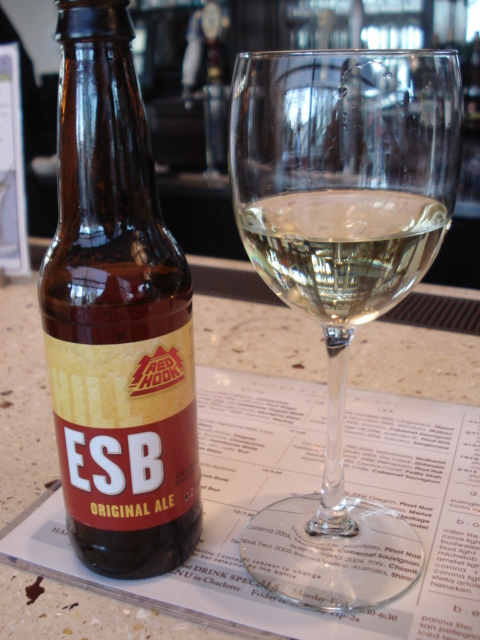 The husband ordered a cheese platter for an appetizer. I ate WAY too many bites!! We did share with the table though…the bleu cheese was fabulous! 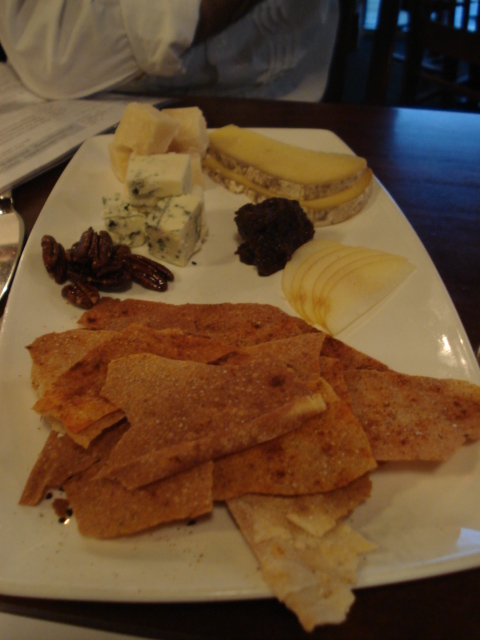 Taste number 2 – a Zinfandel. I preferred the husband’s inky Petit Syrah so we traded 🙂 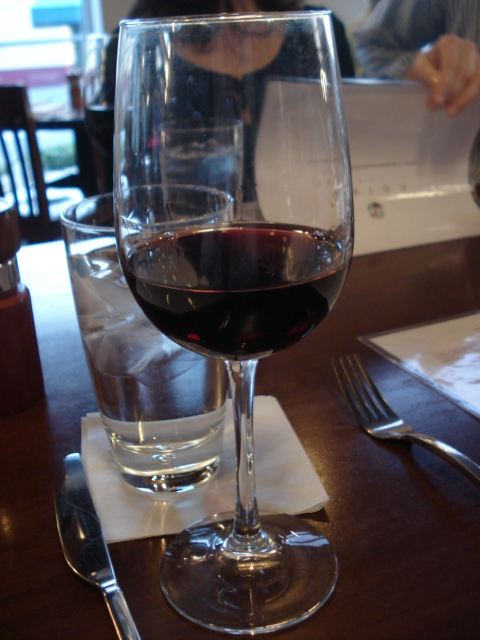 For dinner I ordered the Garlic Prawns – with the butter sauce on the side. I’m so glad I did because it was kind of like gravy and I wasn’t a huge fan. My shrimp came with green couscous and were quite yummy. But the husband’s lamb and goat cheese gnocchi were even better! I had about 4 gnocchi and a bite of Maran’s sweet potato gnocchi as well! Oh, and before I forget, I also had a small piece of bread when it arrived halfway through our entrees (fresh out of the oven!) 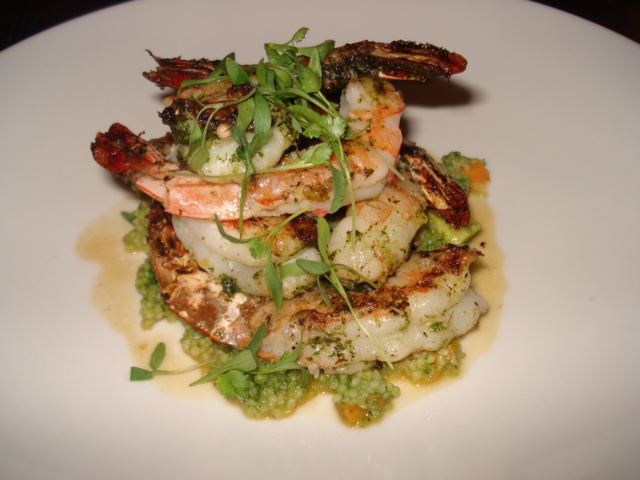 Taste #3 with dinner. I probably should have skipped this one….but it was just a taste right!? That’s the husband’s dry Rose in the background – it was so unique and raspberrish but dry! 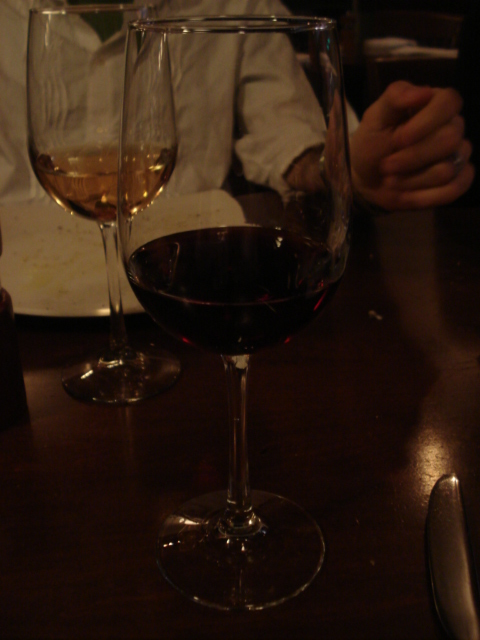 My prawns came with a side of roasted root vegetables. They were drenched in butter, but still delicious. I ate most of them – 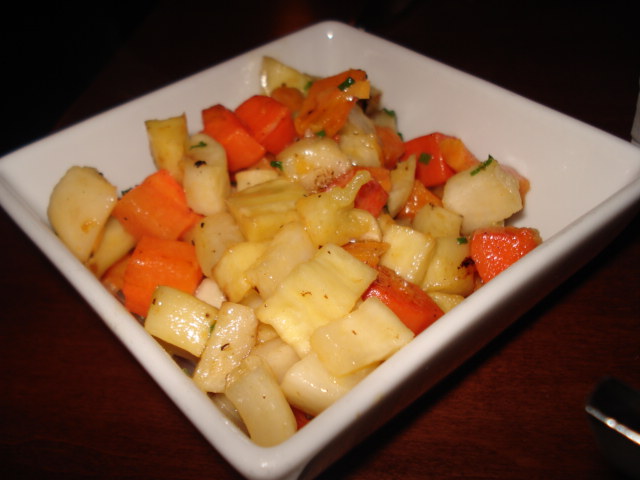 And we HAD to try dessert. We ordered the Pumpkin S’mores (uhhh…S’more!?!), which were a little disappointing because the marshmallow was tough, but the tiny blob of cinnamon ice cream (unphotographed) was amazing – 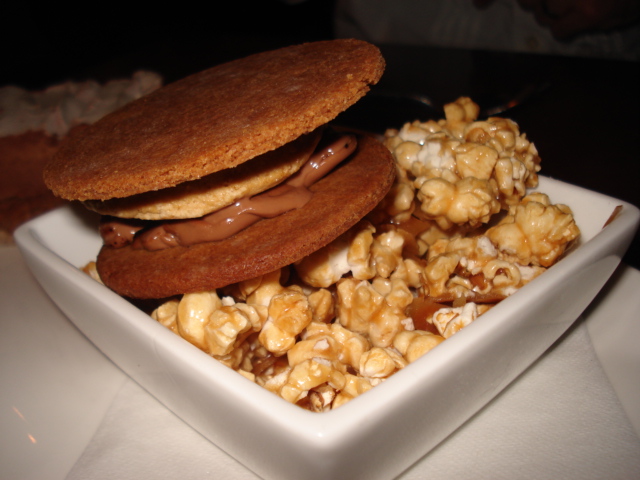 And the most delicious Peanut Butter Crunch Cake ever – served with Banana Ice Cream!! I normally don’t like banana flavoring, but this was excellent and fresh. I also tried a bite of Maran’s Chocolate Toffee Cake. 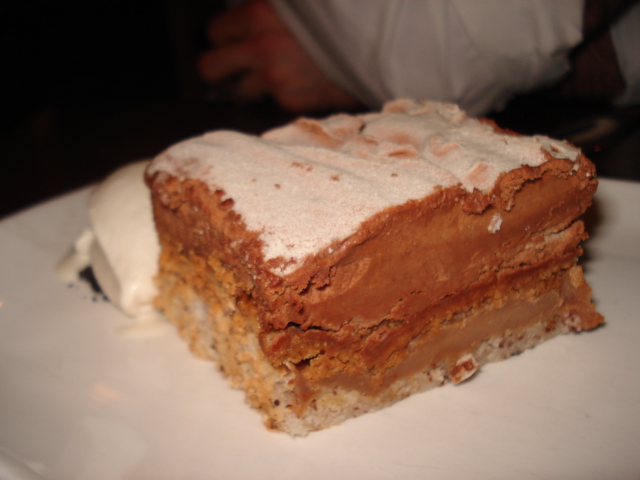 So that wraps up dinner! It was so much fun and I got to try so many flavors in one sitting. Definitely a splurge, but good times with good friends. I’d say “back on track” tomorrow but it’s Easter and we have a big lunch planned for just the two of us!

And FYI, I had a pumpkin, hemp milk and cereal snack around 4pm – 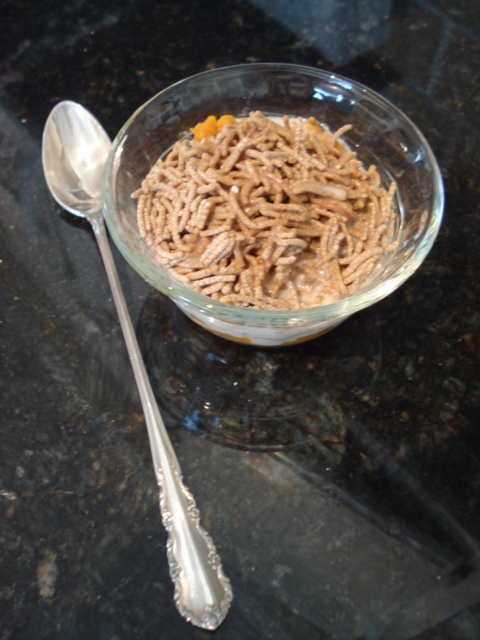