Time is closing in on me!!

I had a noon phone call followed by an errand uptown and just finished lunch!! The granola breakfast actually held me over beautifully – I didn’t start getting hungry until around 1pm – 4 hours later. And it was only light hunger, so I could have gone another hour (and really did before I had my “real” lunch).

stopped by around 1 and before I knew it my chance to have lunch was gone, so I chose a snack to have on my drive up and back. (This errand was a beauty thing that I probably shouldn’t say to be unladylike

So my snack was a big apple and some nuts: cranberry pecans and salty peanuts. They held me over perfectly until I could have a 3pm lunch. 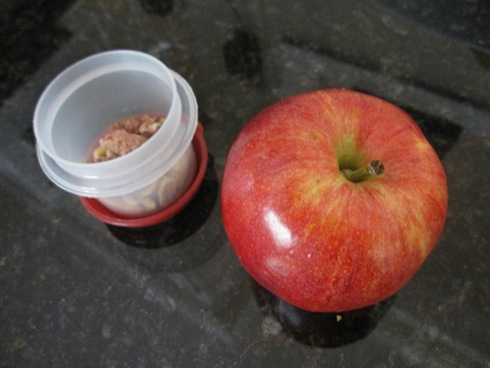 When I got home I was getting hungry again so I made a sandwich: Navy Bean Dip (too much raw garlic

), Goat Cheese + Spinach with some pimentos on a Dakota bun. 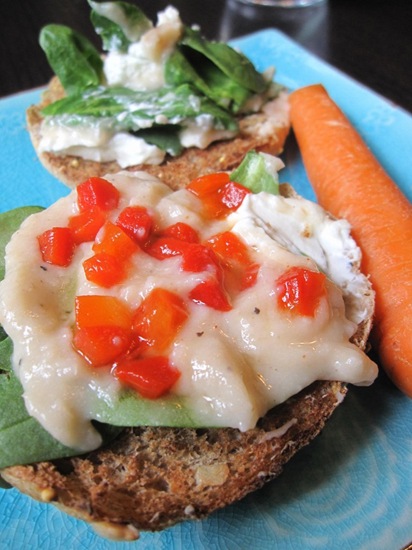 Half a cup of Stonyfield yogurt with 1 heaping tbsp PB2 and some AgavePlus granola. I am lovin’ PB2 in yogurt! 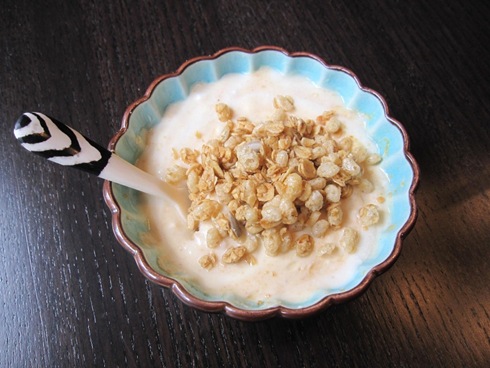 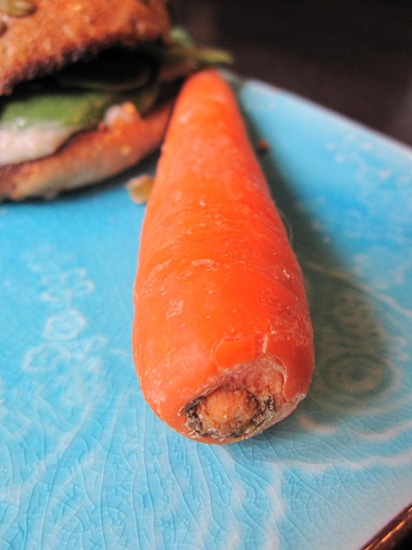 Which needed a dip into the Barney Butter jar! 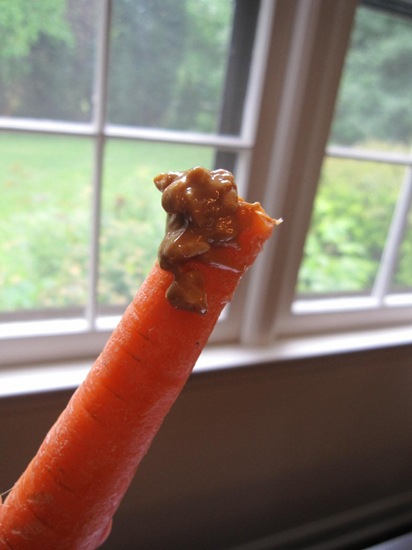 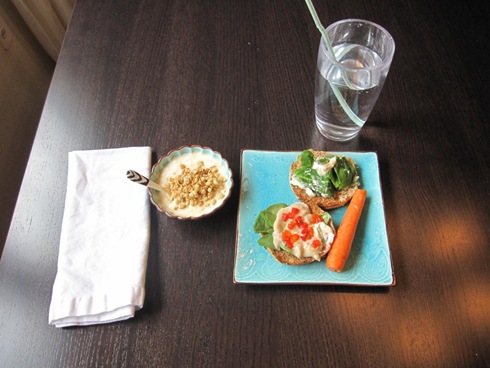 I gotta get back to studying or Biochem is going to

me in the face tomorrow!!