You are here: Home / Lifestyle / Decisions in 08

Morning all! I stayed up until 11:30 last night watching the debate! I thought this one had much better questions than the others and really enjoyed hearing the responses, although it makes me mad to watch them sit there and not be able to just yell at the other when they say something wrong/incorrect.

At the end of the debate Schieffer mentioned this website: www.Mydebates.org. It was actually really cool. You could review the issues and choose the side you agree with and then it would tell you whose side it was. If you’ve been following the campaigns most of them were pretty obvious who was who, but if you’re undecided highly recommend checking it out.

While watching the debates I had a cereal surprise and a cup of tea. The surprise was a mix of Kashi Vive, H2H and GoLean Crunch (can you tell my favorite brand of cereal!?) along with some milk on the bottom, a blob of PB and a few chocolate chips for dessert 🙂 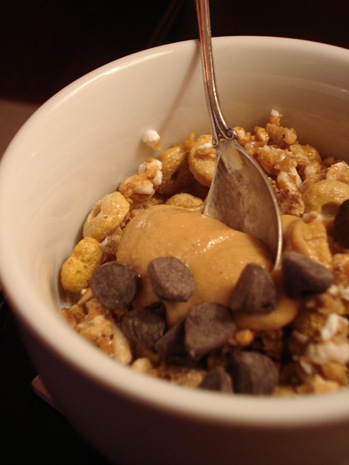 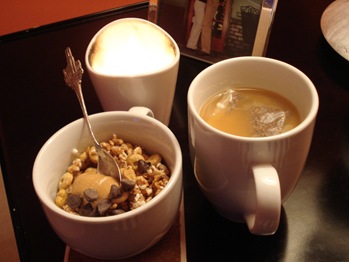 I slept until 7:28 this morning! I actually woke up at 5:40 and thought it was time to get up. That ol’ body clock working hard for me. I had set my alarm for 7:30, so 7:28 was quite a coincidence too. It was sad to wake up alone, but sometimes I enjoy it that way – more space to sprawl out 🙂

I debated going to the gym first or eating first and decided (Decision ’08!) to go ahead and eat. It would make for a more relaxed morning and less rush at the gym because I wanted my oatmeal!

I picked up this “hot cereal” in EarthFare’s bulk dept. on Tuesday and after some debate between oats and trying something new, I decided (Decision ’08!) to give it a try this AM. 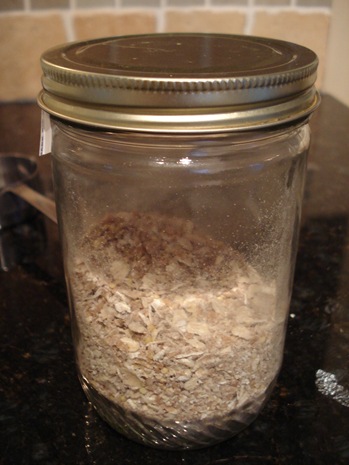 Right when I started cooking I wished I had gone with oatmeal, but it ended up being pretty good. Oats tomorrow for sure!!! 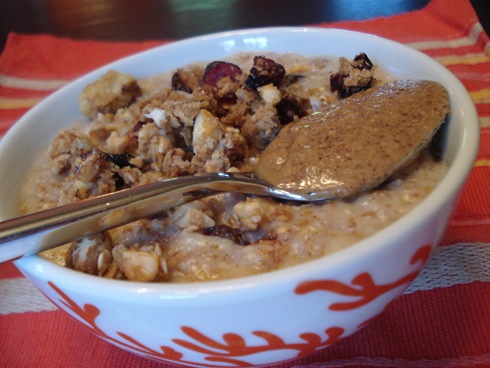 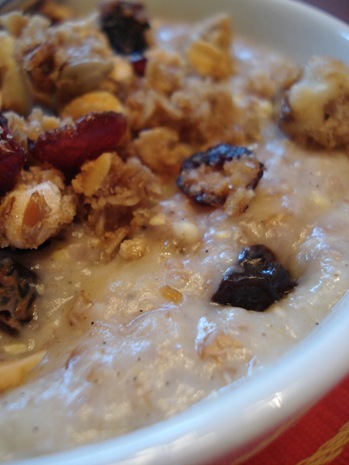 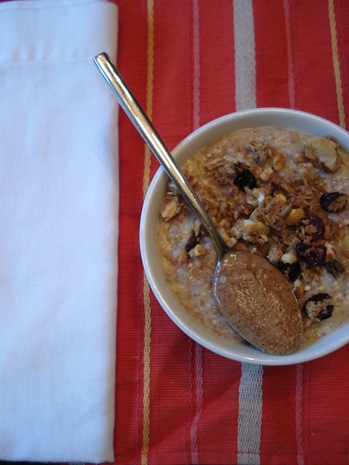 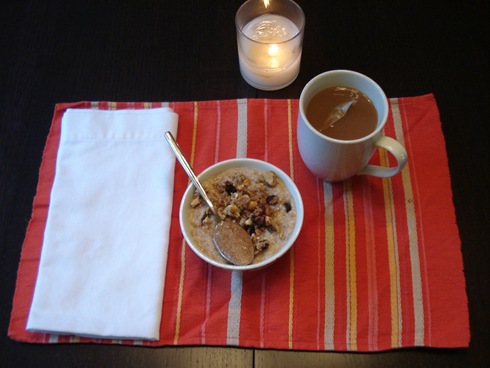 Off to do some Micro and then I’m biking to the gym. We’ve got a GLORIOUS day today. Tomorrow it’s supposed to rain, so I better soak  it all up today!