You are here: Home / Travel / Crawled To The Pub

Want to guess what we had for lunch!? 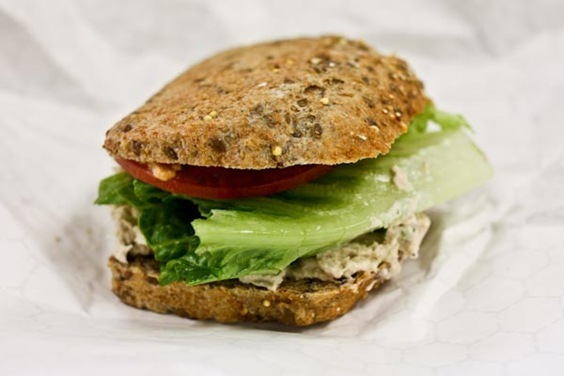 Mmmmm sandwiches. I had a thin schmear of tuna salad with veggies on High Five! bread. Yum!! 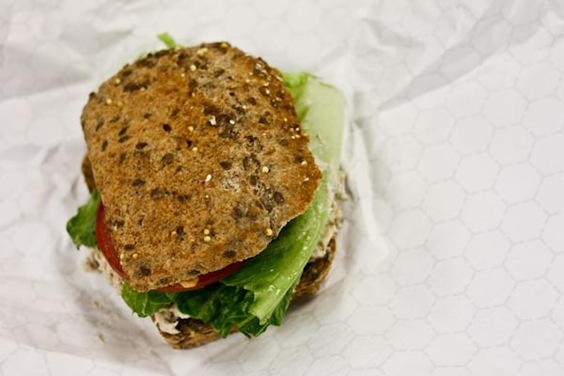 Matt had this monster (if you can’t tell by scale it was about 3 times as big as mine!) 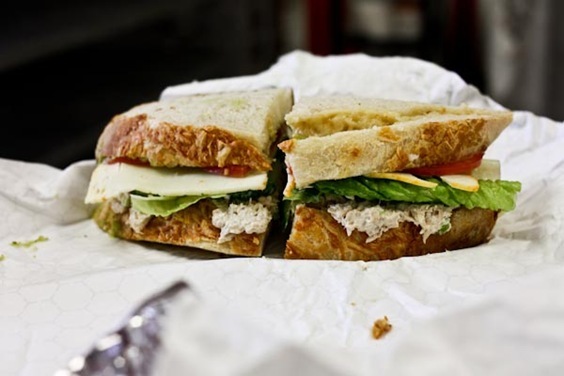 We worked until about 3:30 – learning the ropes. The host training is just to get more comfortable in the bakery (remember most owners don’t have the 2 years of experience that Matt does) and learn some of the business behind the scenes. We did a little of this and that and called it a day.

I literally collapsed into our hotel room bed wondering if I should just go to bed at 4PM! Many of you comment that you’d gain a lot of weight working around so much bread. In fact, most new owners lose weight because the work is so labor intensive! I think for me it would break even ‘cause I love to taste the bread so much, but it sure is tiring being on your feet kneading dough, lifting pans, washing dishes, bagging bread and the like.

But we rallied. Matt and I knew we had all afternoon to go running and get some dinner, so we decided that we should spend energy to get energy – because it always works! 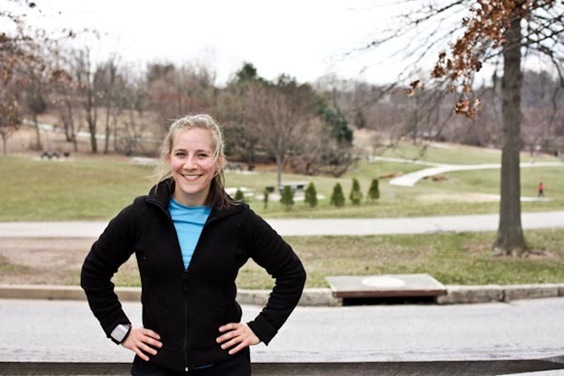 And because I have to do a little yoga everyday, I managed two poses. That’s it!

We drove home. Rinsed off. Ponytailed it up. And went out! 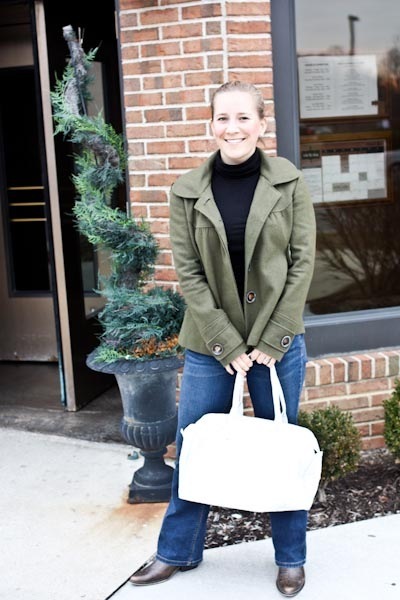 Our destination was the beer joint here in Columbia – Victoria Gastro Pub. 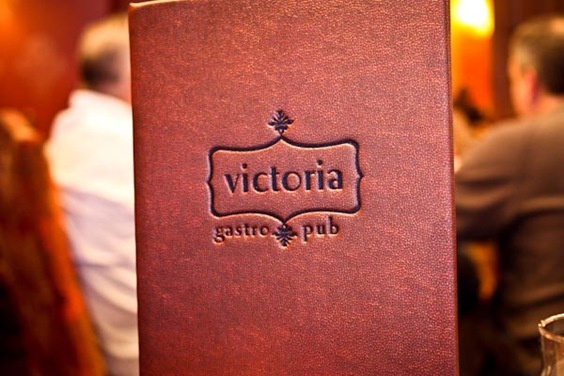 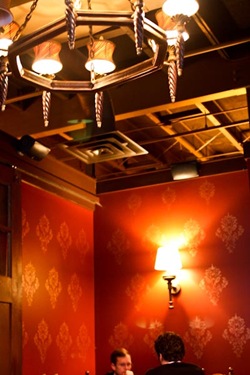 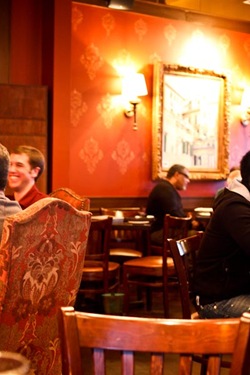 We decided to share the beer sampler – 5 5 ounce beers. The pub had a really interesting beer list – very impressive in obscurity. But it was missing a lot of my favorites: a barleywine, a malty high alcohol beer, a high alcohol imperial stout. 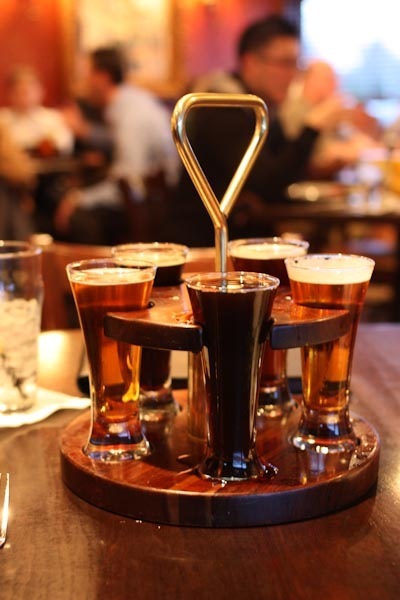 We settled on the following: 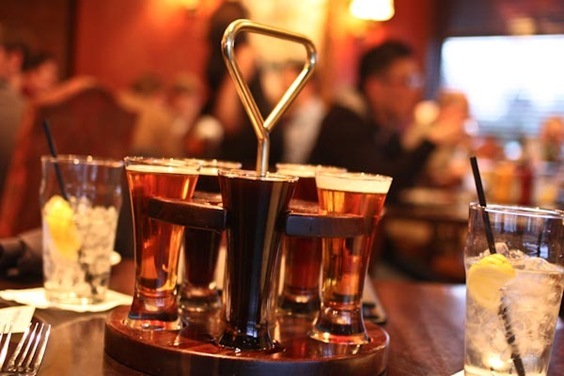 We were brought some complimentary biscuits in a cute pale 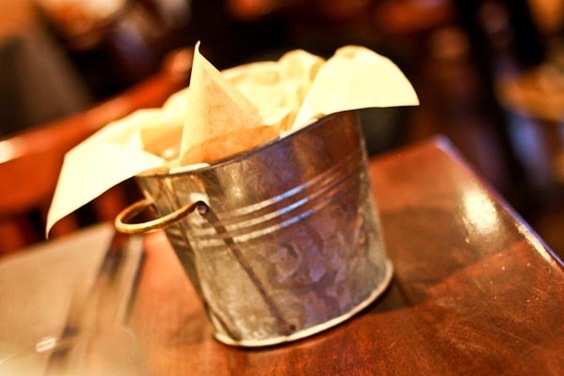 Supposedly made from Blue Moon!? They didn’t really have any beery taste though. I actually saved most of mine to have for dessert. It was a perfect palate cleanser! 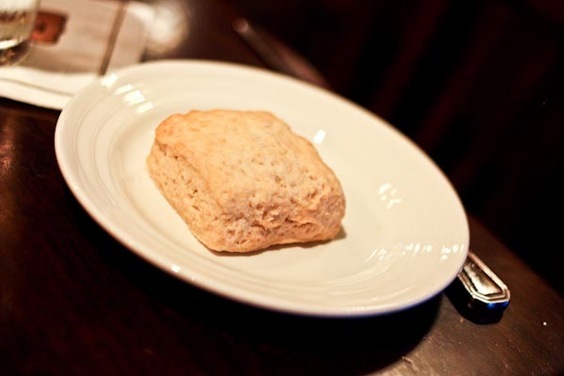 For dinner I got the most expensive Shrimp Caesar Salad of my life. 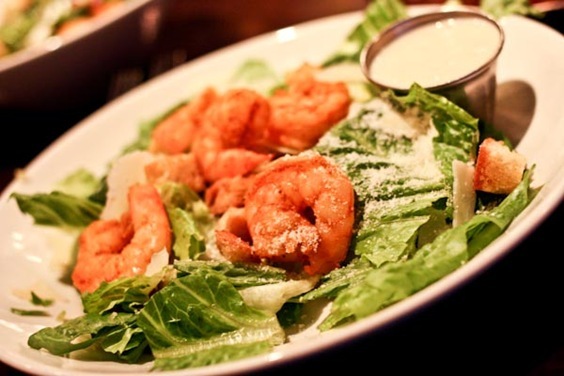 And the worst part was that the shrimp were COLD! As in chilled. Not hot off the grill. Very disappointing. And such a small portion too. 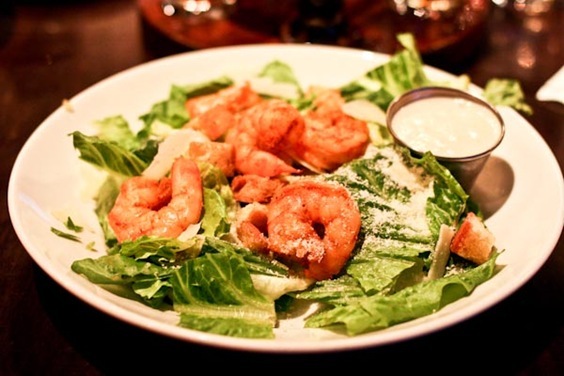 Matt’s Duck Confit with Bacon and Greens was excellent 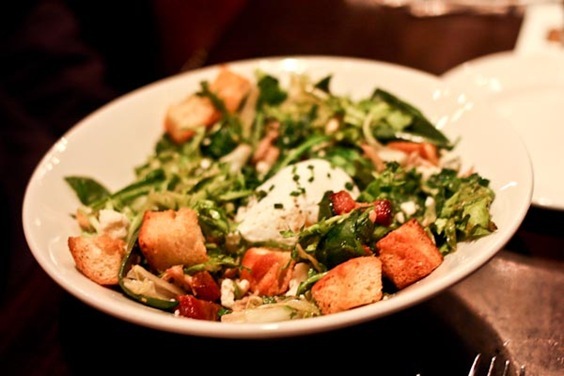 But do you want to know what stole the show? Duck Fat Fries. Yes, it sounds quite odd. But everyone at the bakery today was raving about them, so Matt decided he had to try them. As it turns out, they were fabulous, but NOT because of the duck component – because they were seasoned with rosemary and LAVENDER! My favorite herbs! 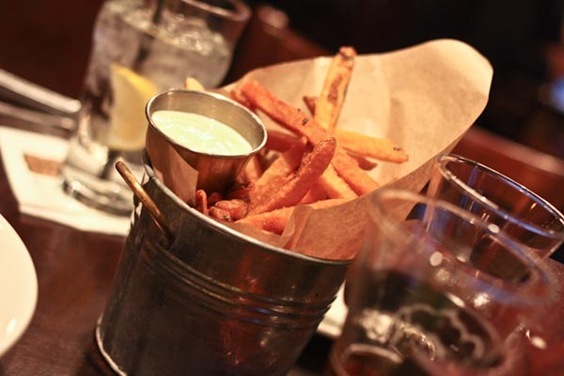 Since I didn’t get enough sleep last night, I’m hoping to crash into the pillows right now and sleep straight until 6AM.