So I say I’m not addicted to coffee. When I don’t have it I don’t notice a difference in my energy or alertness. I’ve never noticed a “coffee buzz” or felt I needed it to wake up or I’d be groggy.

But after asking my dad about his coffee habits (he has a cup or two in the mornings), he said he gets a headache in the afternoons when he doesn’t have it in the mornings.

Well, after a few days of experimentation, I realized I also have that reaction. Must be genetic. Yesterday I had a mild headache that ran into my shoulders from about 5 p.m. until I went to bed and realized about mid-way through the night that didn’t have coffee in the morning. That’s the third time it’s happened. I DO NOT want to rely on coffee, so I’m thinking that despite how much I love the taste, I need to cut myself off for a while to reset my brain. Anyone have any idea how long that might take!?

It was fun to sleep in and have oats first thing this morning. 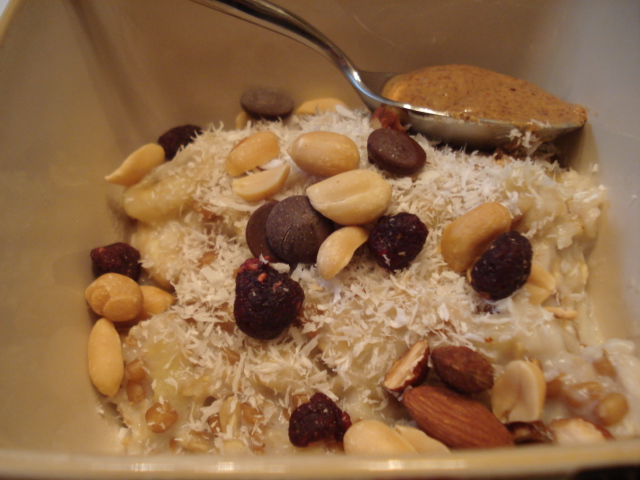 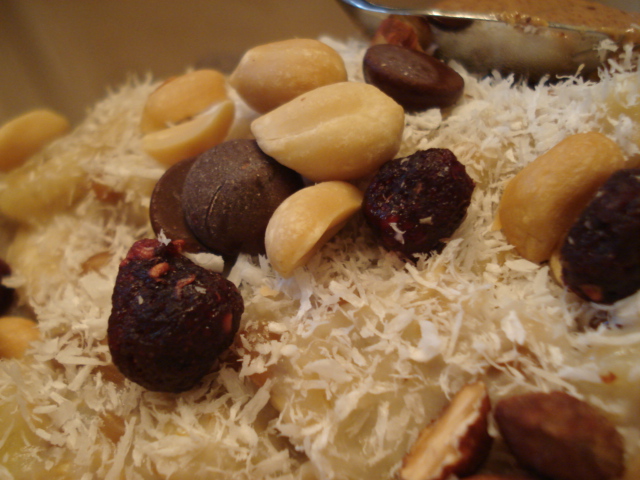 From above, with the evil substance – 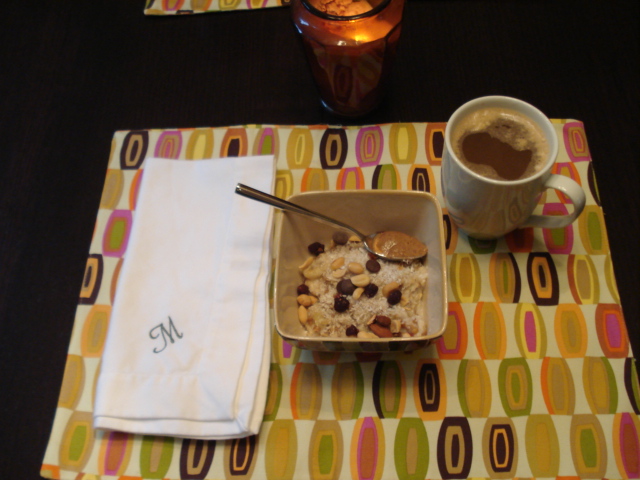 After breakfast I walked to the lightrail and back, reading Cooking Light on the way home. There are too many good recipes in this world and not enough meals!!