I have no idea how I managed everything I do throughout the semester – I can barely manage it now! I feel like I eat, sleep, exercise and squeeze in all things blog + freelance in between (well, and fun vacations and iPhone buys as well 🙂 ). I have yet to lay in the hammock reading since finishing classes. Tomorrow,” I keep telling myself. Well, I didn’t get my article done this AM, so this afternoon will be spent working.

I went for a run around 10:45 – not quite digested. I would have been faster if I’d waited another hour, but time was running out. I did 5.62 miles in about 50 minutes. It was a nice run because the sky was bright blue and I had my iPod with me 🙂 I ran about 9 minute miles.

Once home, I showered, but on a SWEATER, sat on a call that never was, and then made lunch at 12:30. Kelsey couldn’t come today after all – she’s waiting for the plumber 🙁

I give you: Cinnamon Coconut Hummus! 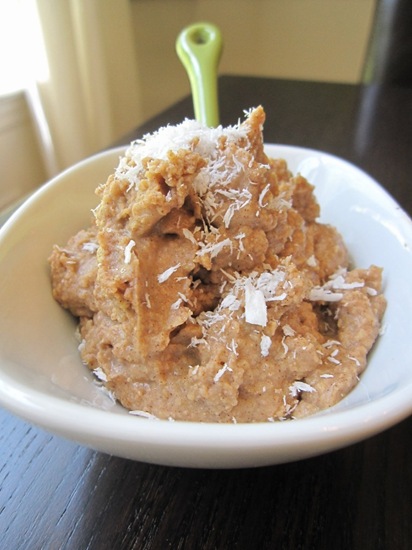 I was making this hummus before I even had time to plan the recipe.

That’s it! It’s heavy on the cinnamon (hence the brown color) so use less if you don’t like it that much. And I would also recommend a touch of maple syrup to this next time! You can taste the chickpeas, but since they are a pretty neutral bean, it was more like a desserty hummus (minus any sugar). 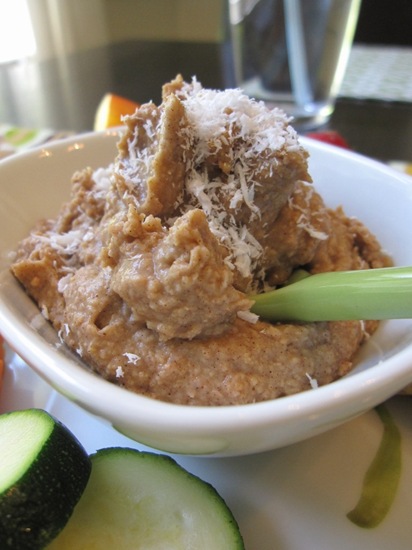 I made a whole tasting plate around it – 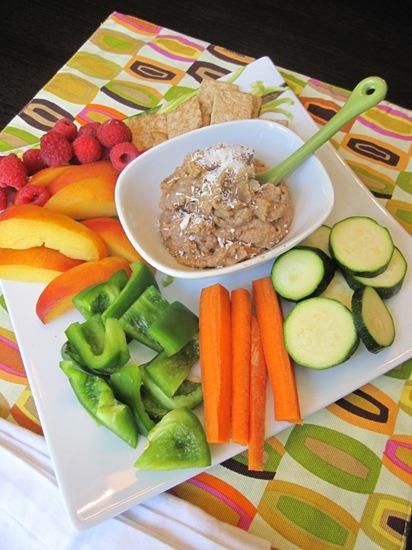 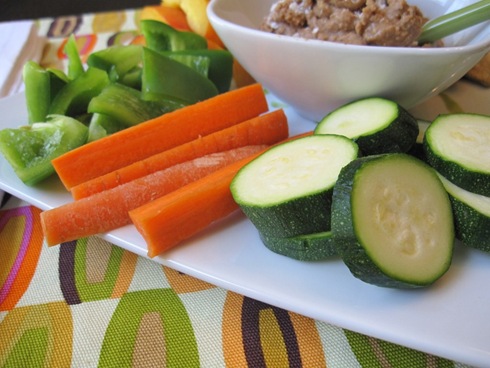 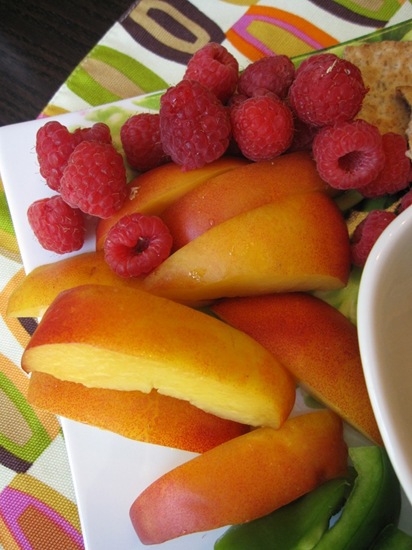 The last of the last box of kashis 🙁

I never felt that Twitter made much sense for me since I blog so frequently, but now that I’m iPhoning, I found an app for it and am thinking about updating more regularly 🙂 I’m KathEats if you didn’t know!

I found some really cool iPhone things last night on the Tips + Tricks page (who wouldda thought!?). It’s all stuff I wouldn’t have known on my own –

That’s all I got for now. Not sure what other apps I would even want?