You are here: Home / Nutrition / Buckwheat 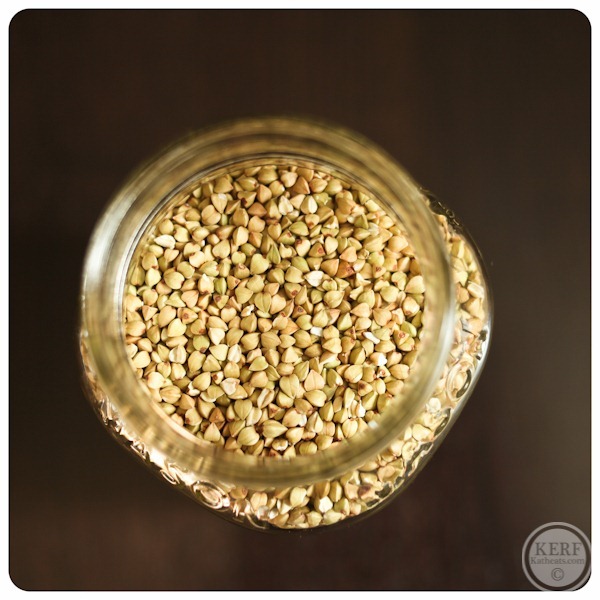 Buckwheat is my new favorite topping for….everything! It’s no secret that I’m addicted to granola. Not so much the clusters or mix-ins but just the C.R.U.N.C.H. I love a variety of textures on my spoon at one time, and sprinkling granola on top of everything provides a satisfying chomp in every bite.

My very favorite granola is this Buckwheat Granola recipe that I got from the South Street Inn here in Charlottesville. When Matt and I visited on a house hunting stay, I fell in love, and they were so kind as to give me the recipe.

I have played with the recipe a bit and don’t do two-hour bake that they recommended in the original recipe. You can pretty much just add a cup of buckwheat to any granola recipe and you will have a super crunchy, higher protein granola!

So that’s the round-about way of telling you that I purchased a large bag of buckwheat from the Whole Foods bulk bins a few weeks ago and haven’t had the time to make a batch. So I just started using it plain. 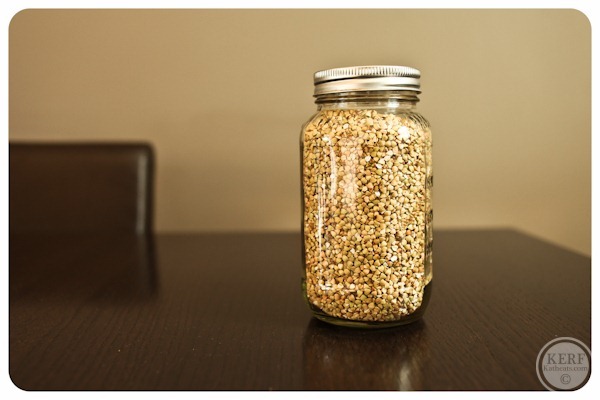 Buckwheat is actually a fruit seed rather than a grain. The little kernels you see in the above jar are dry – yet they are edible and don’t need cooking or soaking to consume – sort of the same texture as Grapenuts. Toasted buckwheat is called kasha, but I just buy the basic groats. They look like little triangular nuts similar to wheatberries. They’re gluten-free as well.

You can blend the groats into flour, which I first learned about from the buckwheat bakes that Ashley made famous back in 2010 {see her complete list of buckwheat bakes here}. In my opinion, ground buckwheat tastes a bit like sand. So do the groats, really. And the bakes. It has a really earthy taste. Yet there is still something nutty and delicious about it – perhaps that it fills you up. But the groats are also super CRUNCHY which is why I love them. I haven’t ever tried cooking with them – but perhaps that’s a post to come.

Here is the nutrition information on a quarter cup of raw groats or 45 grams: 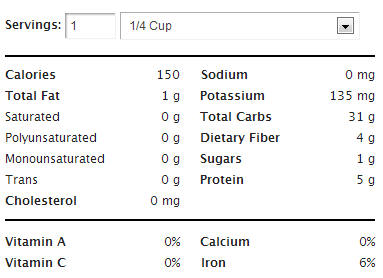 Buckwheat is high in protein + fiber, with plenty of carbohydrates for energy and barely any fat. According to World’s Healthiest Foods, a cup of cooked groats* is a very good source of manganese (34%) and a good source of magnesium (21%), copper (12%) and fiber (18%). And a complete protein to boot. *{Note due to the calorie difference I’m pretty sure the WH Foods information is for cooked groats.}

I didn’t make any buckwheat pancakes this week, but I’ve been enjoying the groats on breakfasts, lunches and dinners as a lower-sugar and fat version of granola and a lovely crunch topping for savory dishes. 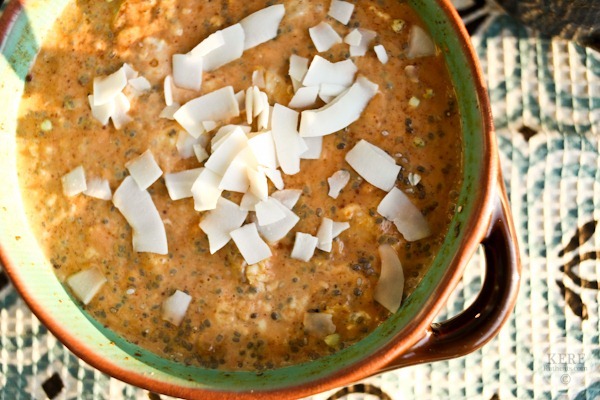 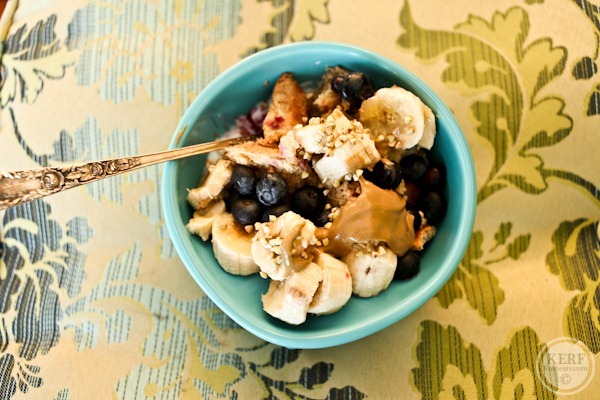 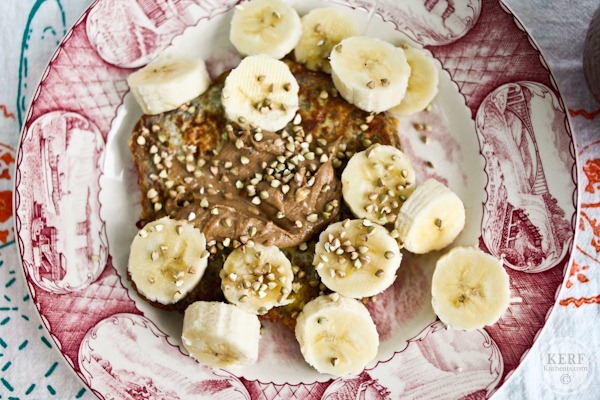 Sprinkled throughout a salad 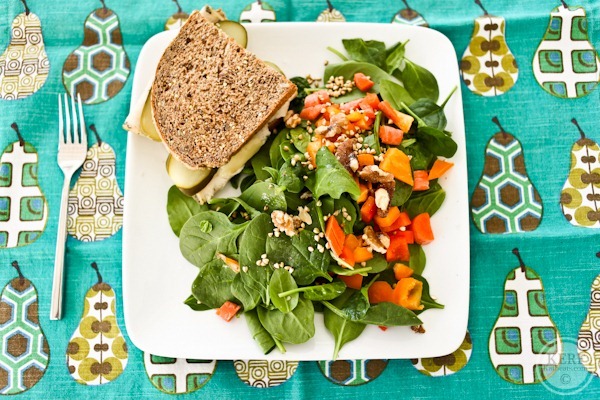 And on a mug of chili {loved the crunch here!} 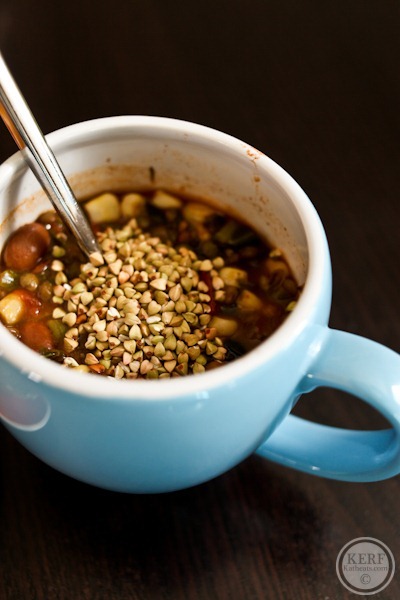 How do you enjoy buckwheat?