It’s winter out there!! I was freezing waiting for the lightrail and the bike ride home was frigid. And there’s a mean wind too. I will be bundling up in a coat and gloves for my next bike ride event of the day!

The husband and I ventured uptown today to meet blog reader Farah for lunch at Pewter Rose! She was joined by her friend Veronica. I enjoyed meeting both of them and hearing about their experiences living in lots of different cities 🙂 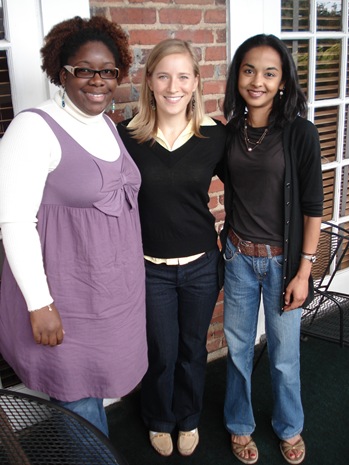 As luck would have it, Pewter Rose was serving their A.mazing Butterscotch Scones again. But this time instead of gobbling mine down I had a third of it and gave the rest to the husband. I wasn’t as hungry as I was last time I was there, so it was cool. But then I had another bite of Farah’s at the end of lunch! 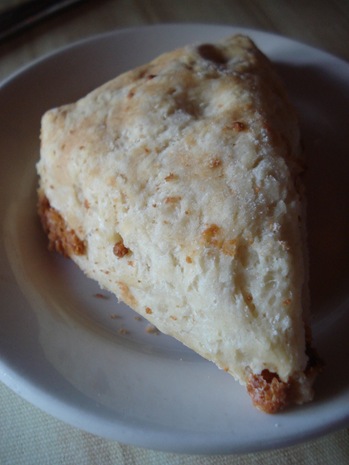 I debated and debated on what to order. I really wanted the hummus platter that I had last time, but I decided I should branch out. So I ordered the Waldorf Salad with blue cheese, pecans, pears and a raspberry vinaigrette topped with a piece of seared sockeye salmon. Also on the side – a fried green tomater! I ate most everything on my plate, sans 2 shares of salmon and the dressing. 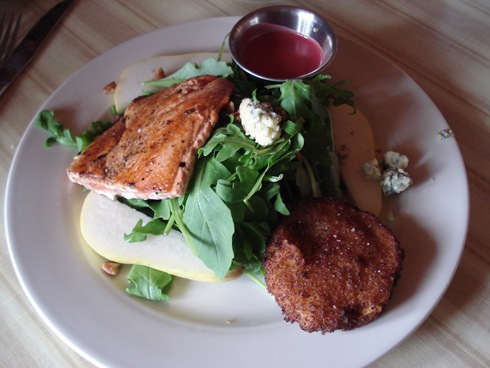 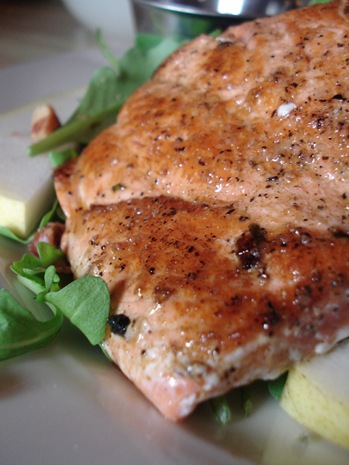 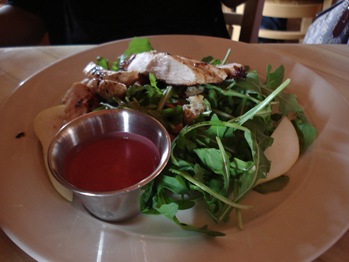 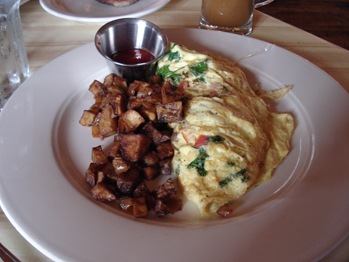 And the Bananas Foster Stuffed French Toast with Rum Butter Cream for Veronica! SO GOOD!! 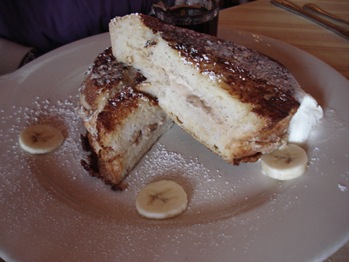 She was kind enough to share some with me 🙂 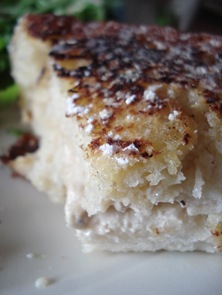 But even after all of that, I still left feeling a little empty 🙁 Farah and I both wished our salads were heavier on the greens.

So 45 minutes later I’m home and sipping a cup of tea and dug into the Maple Pecan Granola. This stuff is SO GOOD!!! I had 4 handfuls straight from the container.. 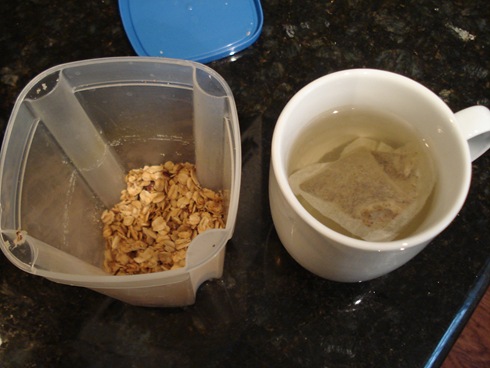 I need to be disciplined and get some studying done for my back-to-back midterms this week before I venture out again for dinner/drinks. I’m making the house study-friendly with Pandora jazz and candlelight. I wish the sun would come back out too, but I suppose this gloom fits the study ambiance.