Ahhhh I need to focus!! I am so excited about this new project that I haven’t been doing the work that needs to get done today.

Can you keep a secret?

KERF is getting a makeover! FINALLY. I’ve been wanting a new theme for eons and I’m taking the plunge and purchasing one. SO excited because with the help of Jenn and Zest I’ve been able to learn how to do all of this stuff on my own. Like FTP and CSS!! Lots of research and lots of trial and error. Not sure when the new KERF will debut, but it will be in the next week or so. Shouldn’t be too many changes – only good ones!

[And you know how once a baby has been officially named you don’t tell the parents "oh I don’t like her name." Please be kind if the new site takes a little adjustment – but I promise it is as simple and clean as the current layout. Just updated!]

So now all the foods I eat come from boxes 🙂 Wine last night, the new boxed wine arrived today (finally!) and I got a selection of soups in the mail from Dr. McDougall’s. 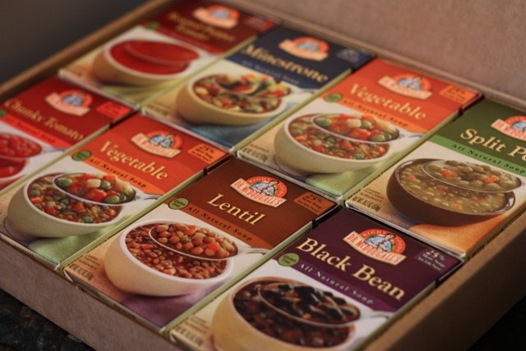 A big plus to the box: Their boxes are eco-friendly and are made from sustainably managed forests and BPA free.

I normally despise canned soups. I don’t know if it’s the common use of onions or the tin can, but they always taste metallic to me and have a horrible after-taste. So I warned Dr. McDougall that I might be harsh! The only premade soups I have ever liked have been Pacific boxed soups, so I hope it’s the box that makes ’em good.

I decided on the Minestrone today. 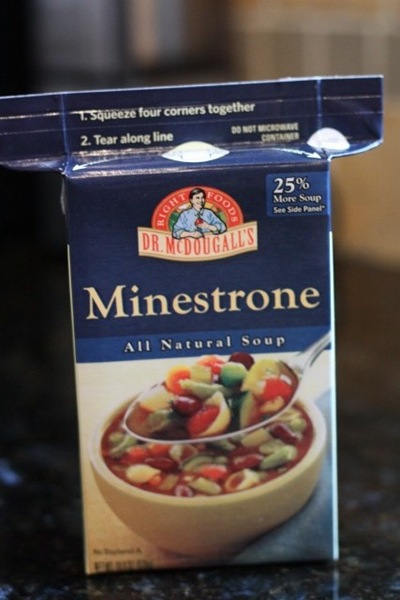 Heated it in a bowl… 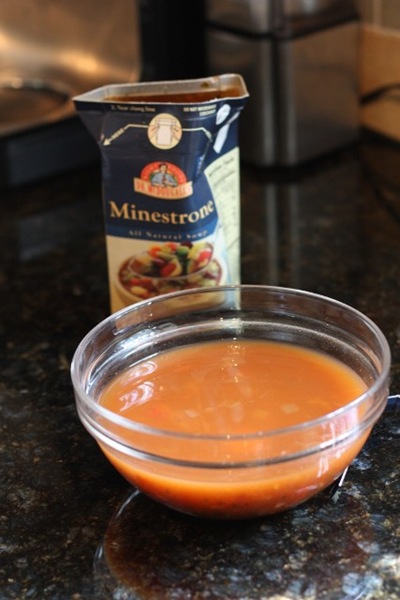 And served in this awesome Crate + Barrel bowl they sent – along with placemat and napkin. I don’t have any bowls of this shape and size!! 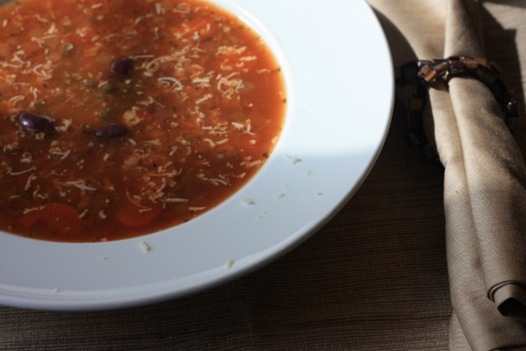 And I’ve been wanting this Crate + Barrel napkin holder for ages! 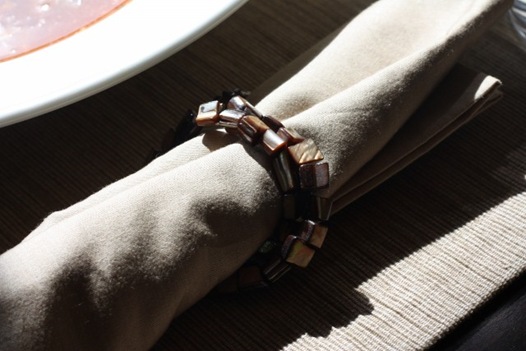 I’m sure Doctor McDougall would approve of doctoring up soups

this !
I added some olives, capers and Parrano cheese plus some Big Papi hot sauce and it was the perfect combo. 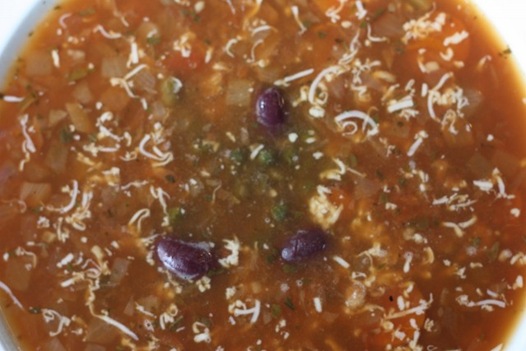 Despite not liking the smell, the soup actually tasted great. I liked it. 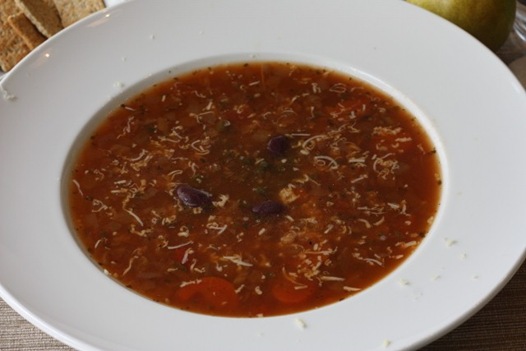 Served with the best crackers ever 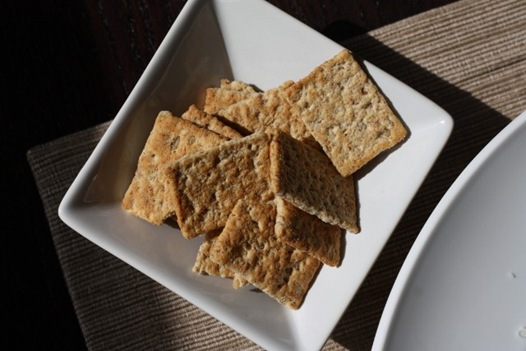 I had planned for a pear too, but I was pretty full after the soup. So he just hung out next to my cup and I’m saving him for later 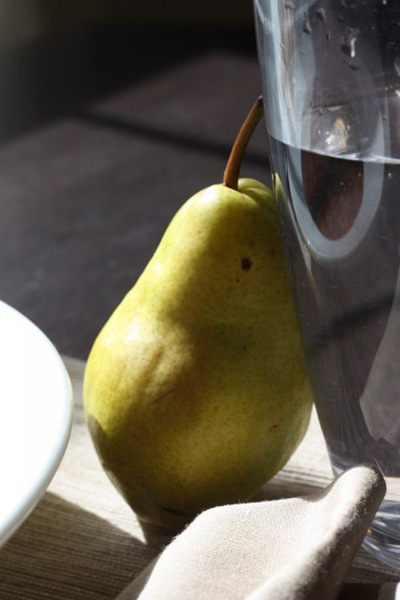 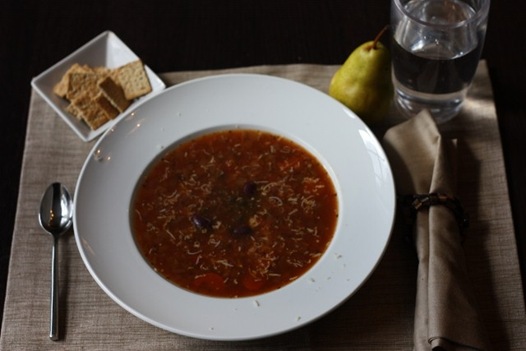 The soup left me with oniony breath 🙁 I’m chewing gum (which I rarely do) and that helped.

Look who’s taking his turn on Awaken Your Senses!!

Zest and his Canadian accent!

Just got the word that Open Sky Shipping is FREE until Tuesday!!!

My classmate should be here any minute – we’re both running so late today!! [And it never helps that my computer is slow as molasses, per usual]