You are here: Home / Lifestyle / All The Single Ladies 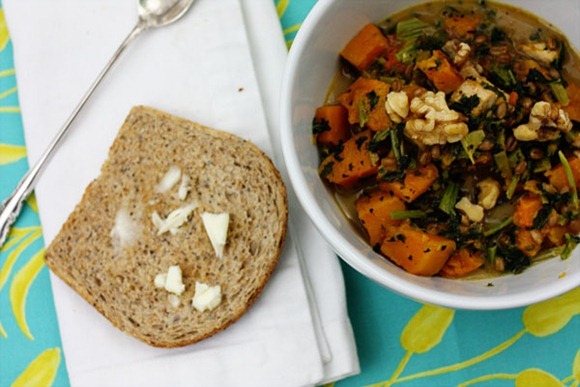 I just made this up as I went along with a slight idea of the direction I wanted to go.

I knew I wanted a soup.

I knew I wanted butternut squash.

I picked up some herby chicken at the butcher today to add some heft to it.

I knew I wanted coconut milk as the creamy base.

I knew I wanted some frozen kale involved. 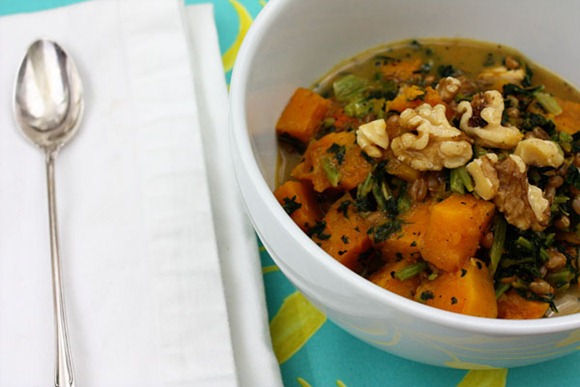 I started with that butternut 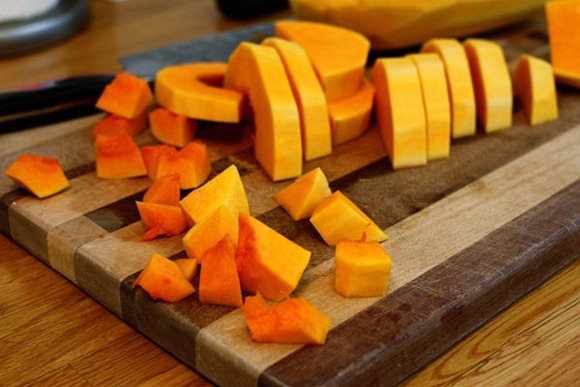 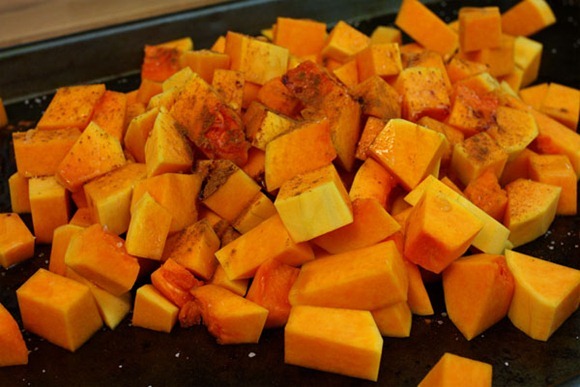 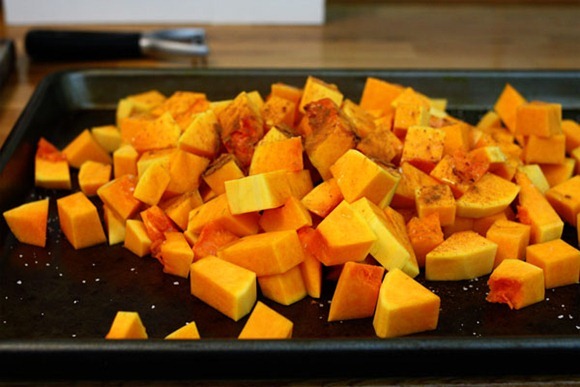 This herby organic chicken breast pair was a single girl treat from the Organic Butcher in town. It’s just chicken packaged with olive oil, rosemary, thyme, salt and pepper. I could have done this at home, but ya know, it’s single girl week and the rosemary is covered in snow! 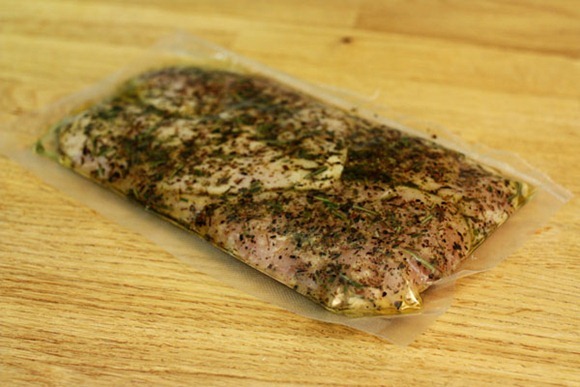 Seared in a pan, it turned out AWESOME! 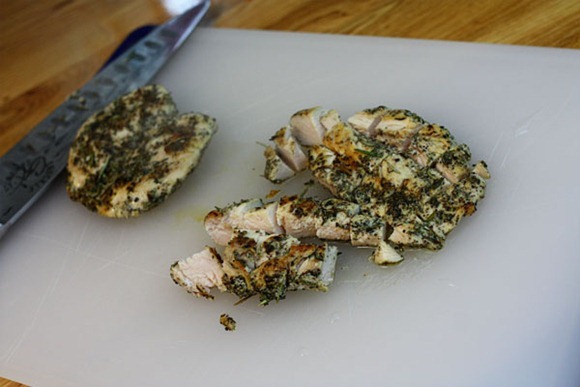 I deglazed that same pan with 1/2 a cup of water (major steam!) and then added my roasted squash 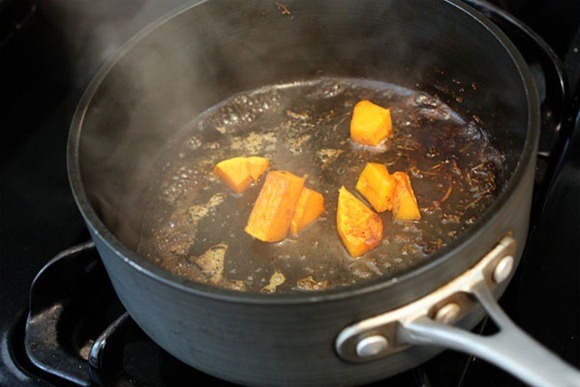 Somebody’s gonna have an amazing salad for lunch this week! I saved a little of each just for that purpose! 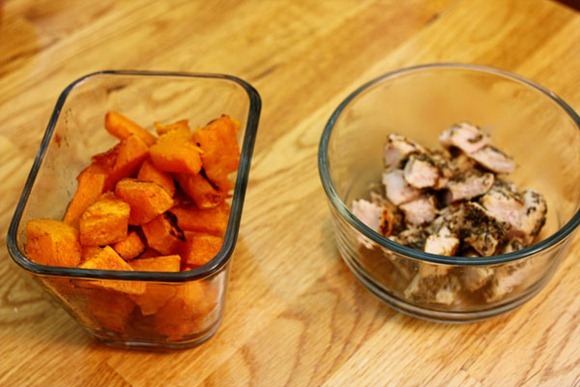 I also got this kale at Whole Foods recently. I have never seen frozen kale before! I love kale, and I love it raw, steamed, smoothied and chipped. I wanted to see if frozen was any good because geez that would save so much time and money! 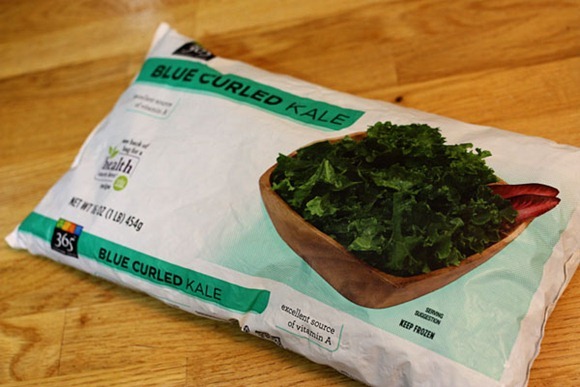 And for a soup, it was perfection! Super duper easy.

The last ingredients were 1 cup coconut milk and 1/2 cup cooked wheatberries and a pinch of herby salt. 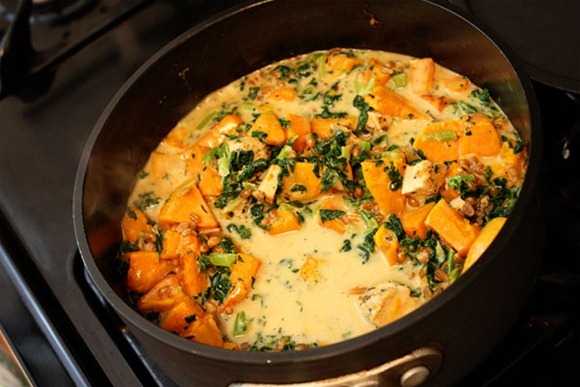 Walnuts for a crunchy garnish 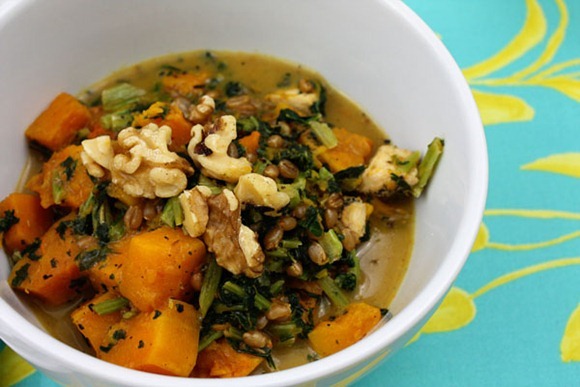 Served two big bowls – one for tonight and one for later! 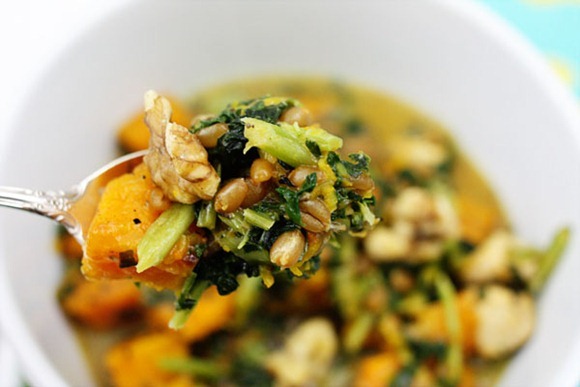 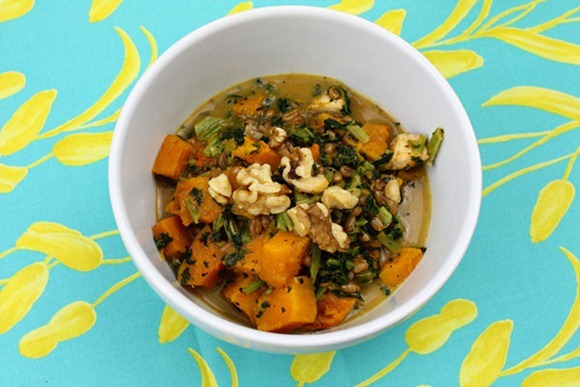 Served with a side of toast that I nearly forgot in the oven! 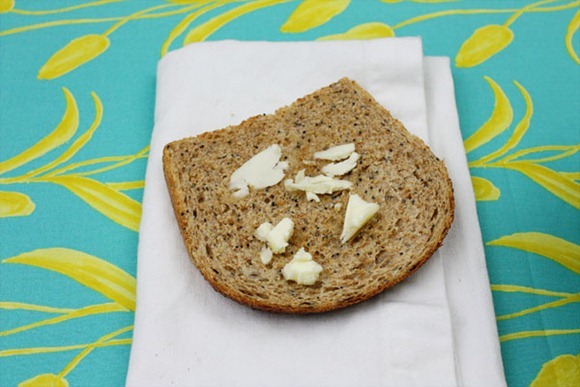 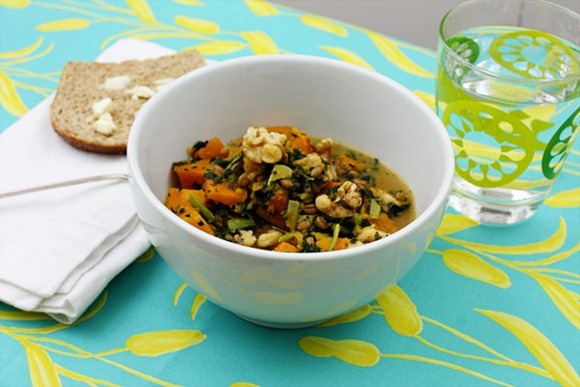 I just chewed down a piece of dark chocolate for dessert! Seems to be the theme of the week 🙂

Today was super productive – go me! Just a few more things to do tonight and maybe tonight I’ll start my book! [Last night was a bust].