You are here: Home / Weekend / 9 Miles Of Mud Ganache 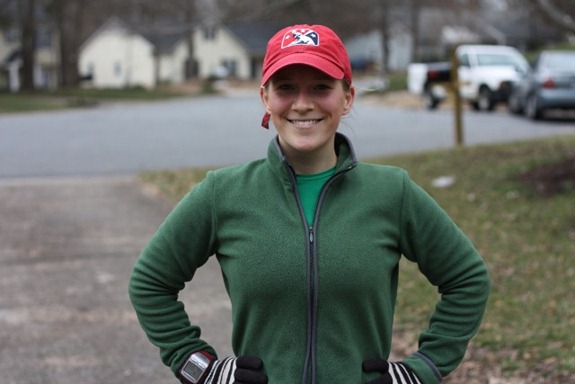 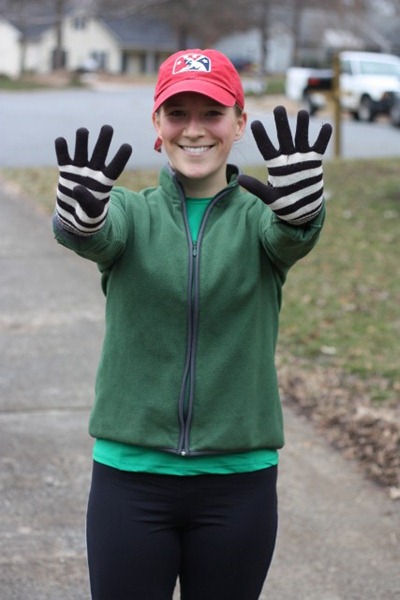 The run was pretty easy. I’m really amazed at how easy it has been to add more miles to my running. I think it helps that I have a fun partner to chat it up with and we’ve got the wonderful (long) greenway to run on so there’s no distracting cars or roads to cross (and minimal hills!!)

The greenway had apparently majorly flooded because there was icky, sticky mud EVERYWHERE!!! 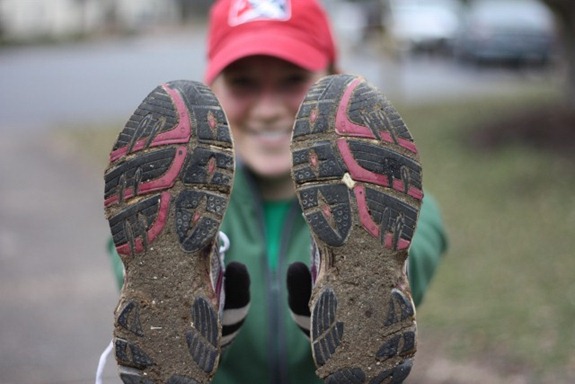 We had to stop and tip-toe through it many times throughout the run, which meant our pace was not accurate. We decided early on not to worry about pace at all and just to enjoy the miles.

Here are the stats regardless. It’s pretty clear which miles had lots of mud and which were dry!

I decided that 9 miles – approaching 80 minutes of running – was time to add in some fuel in addition to breakfast. I’m not one for goos or gels – real food should do just fine. I brought a box of raisins in my pocket and popped a few just before the run started. 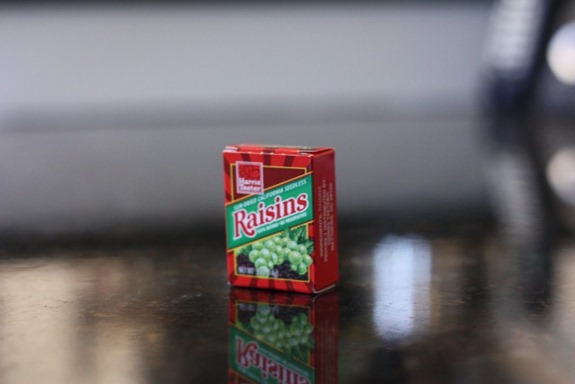 I didn’t end up needing anymore because Casey, Emily‘s husband, planted a water bottle with a homemade sport mix at the 3 mile marker so on our return trip (about 6 miles in) we could rehydrate and get a boost of sugar + salt (and lemon juice). I don’t know his recipe – go hound Emily for it on her blog! I need to get it! It was hard to tell if the water + sugar gave us a boost, but I like to think it did. It was like homemade lemonade and tasted AMAZING 6 miles in! Brendan Brazier also has some homemade sports drink recipes in Thrive (which I am currently reading) and even some gels that if I ever feel like I need them I will try out.

Remember when I ran 8 miles and felt pretty icky all afternoon? So far I feel much better right now. But my legs are definitely feeling it!

Last time I ate a big salad upon return. Today I took Brendan’s advice and recovered with a smoothie – a blended salad if you will. He says (and I think Dr. Fuhrman says too) that blending up vegetables (and foods in general) makes them easier to absorb and a quicker, more effective recovery. Just so you don’t think I believe everything I hear, this follows what I learned about the GI tract in physiology as well. And since I love SIAB‘s, I have no problem putting them on my recovery day menus 🙂 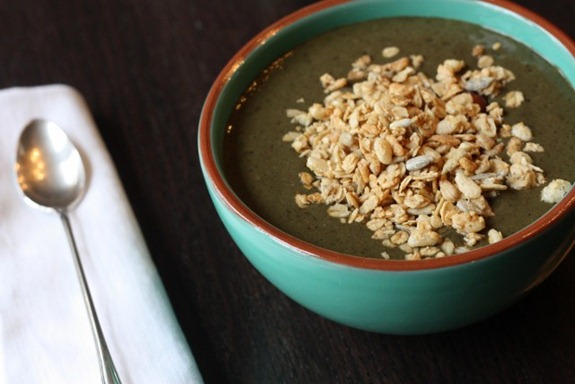 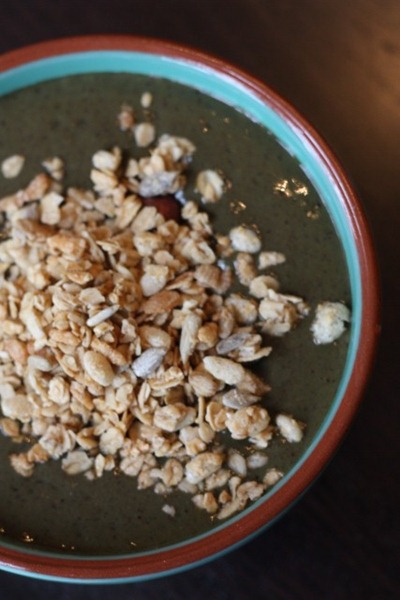 It may look like swamp sludge but it was HELLA GOOD!!! 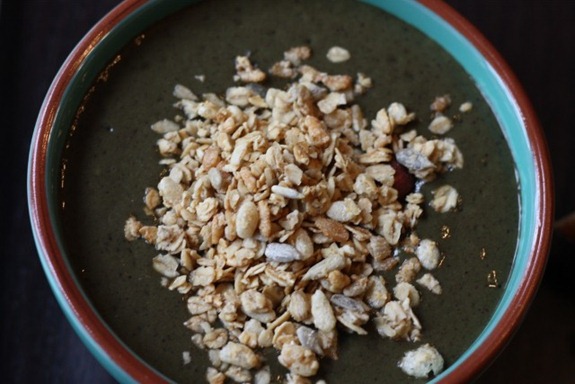 On the side I had some Whole Grain Goodness toast smothered in some Naturally Nutty Vanilla Sunflower butter. LOVE that stuff. 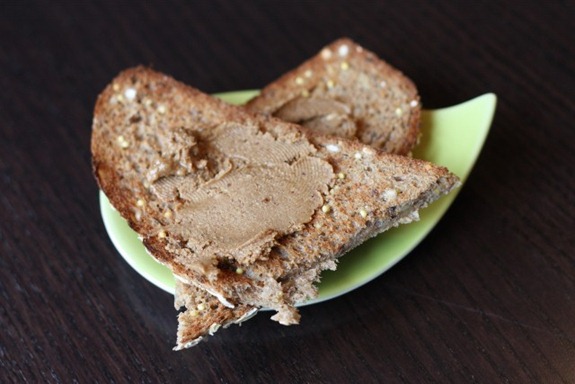 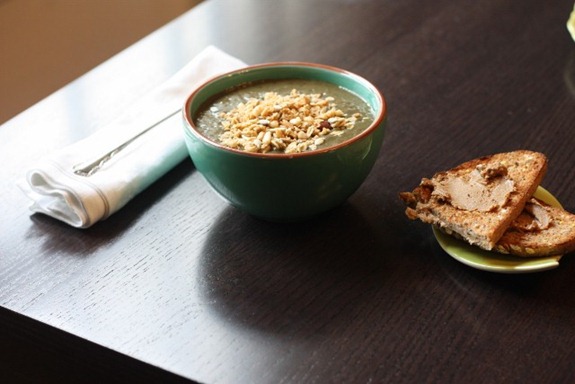 Matt sheepishly asked if he could have one of the Amy’s soups I was sent to review. I said sure as long as he gave me a bite to taste test! 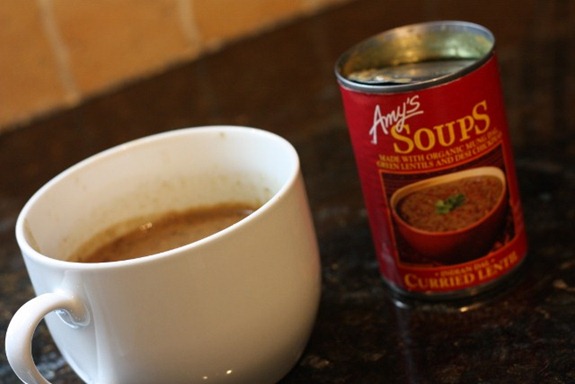 This was the Curried Lentil 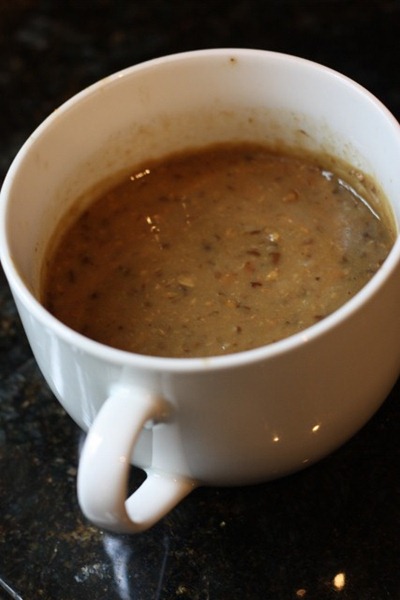 And WOW – we both loved it!!! Matt said: “It has a depth of flavor that no other canned soup I have ever tasted has.” I agreed – it was THICK, which I loved, and did not have an oniony, tin-can taste!!  The only con is it’s pretty calorie dense – nearly 500 for a can (and I could easily eat a whole can!) But taste-wise, highly recommended. 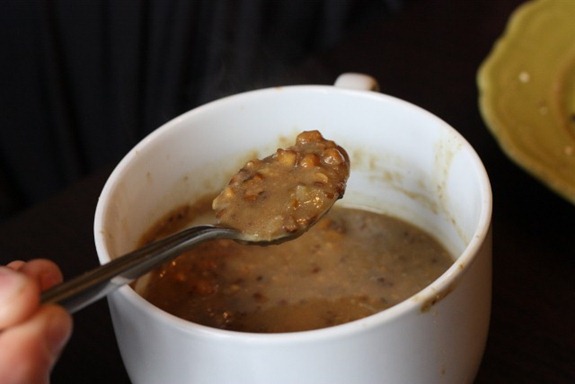 Gotta run walk drive to the grocery store for some goodies and then we’re meeting our friends for a SuperBowl shebang at 5:30!! So excited. I’m bringing pimento cheese + kale chips!