You are here: Home / Lifestyle / 7 Miles In Heaven

I woke up this morning to a chilly sunshine day ready to get up and run.

I set out not sure what my plan was and did about 3 miles and when I was passing the YMCA, I decided to go on the outdoor track and work on my speed.

When I was in high school I used to do speed work on tracks by sprinting 3/4 of a lap, walking 1/8 and jogging 1/8. I did a similar scenario today on the half-mile track: 1/4 mile running as hard as I could (not quite sprinting) and 1/4 walking + jogging recovery.

Um, it was totally hard!? There’s nothing like race adrenalin to get you going, but I had a tough time staying under a 7:30 pace for more than 1/4 a mile. I would start out in the 6:50’s and end up around the 8:00’s by the end (which is still pretty fast!). So I’m not sure if my new goal is even possible. My best bet it to prep my mitochondria for that kind of speed a few times between now and then.

I ended up doing 2 more miles of speedwork (miles go by SO FAST this way) and jogging a slow pace home another 2.2 to reach over 7!!!!!! I think this is the most I have ever ran in my life. I’m definitely worn out though. 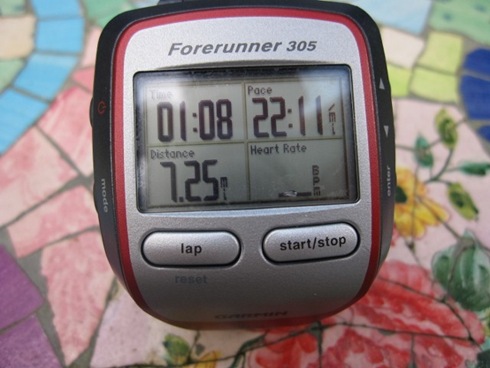 I didn’t eat anything before I left because I had plenty of glycogen and wasn’t hungry (just water!) and when I came home I still wasn’t that hungry. Hard exercise dulls the appetite. But I was still super excited about eating a huge bowl of muffin oats. 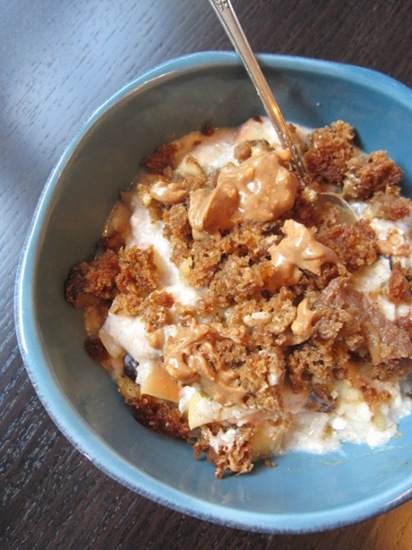 Chopped apple is good, but still not as creamy + thick as banana oats 😉 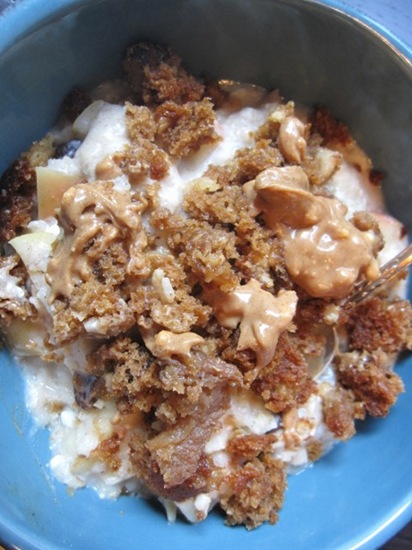 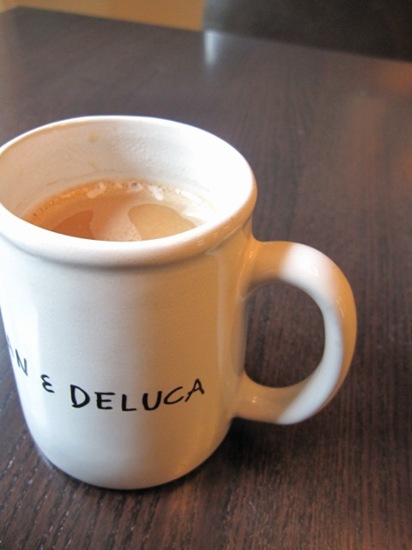 This was too much breakfast!! My poor stomach was completely empty and eating all this at once after my workout was over-the-top. I felt kinda nauseous for a few minutes there, but it passed and now I’m just plain full. 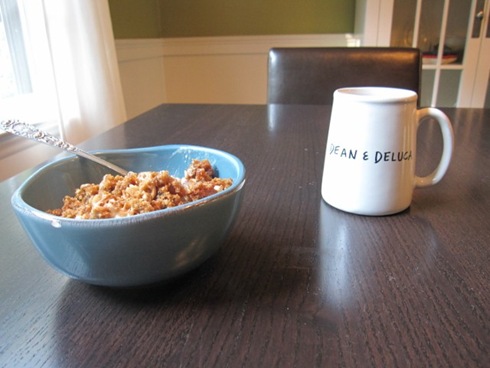 My camera was set on AUTO from last night when I was in the dim light of my living room. This is what photos look like when you set them on AUTO with a flash and no macro setting: 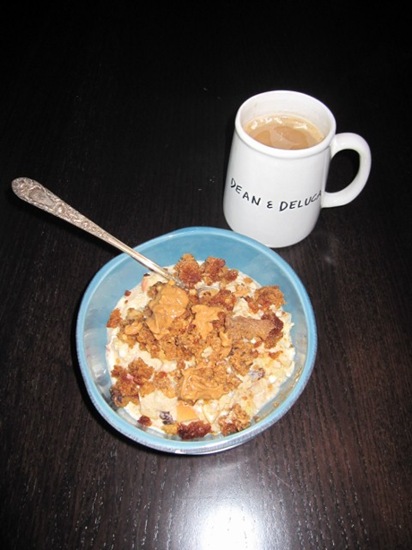 And this is the exact same shot with NO flash on macro. Night and day – literally!

NEVER USE A FLASH!! EVER!! (OK, exception: you’re in a very dark restaurant and can’t see the plate….) 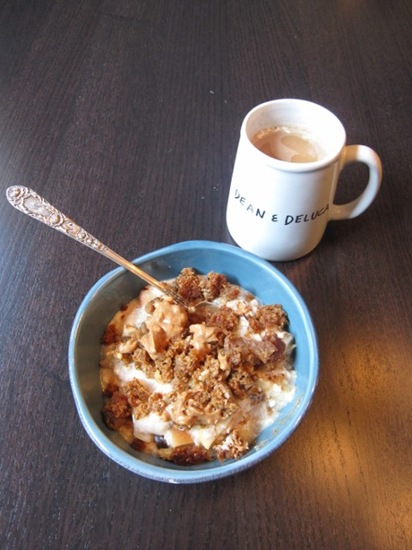 I’ve got the whole day ahead of me to work now that my exercise is done. Onward and upward!