You are here: Home / Lifestyle / Tuckered Out + Tusker

Tonight kind of went by without me noticing. Time is flying!

My eggs + toast kept me totally satisfied all afternoon, but I knew I needed to pack a substantial snack since I planned on having dinner after class tonight. So I made a smoothie! It ended up being perfect because I didn’t drink it until I got to class (it was still cold 45 minutes later) and the volume was super filling. 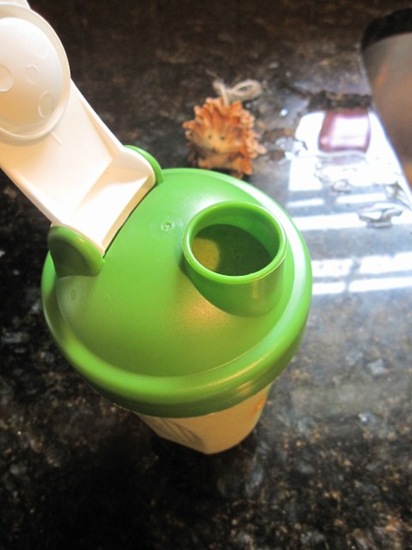 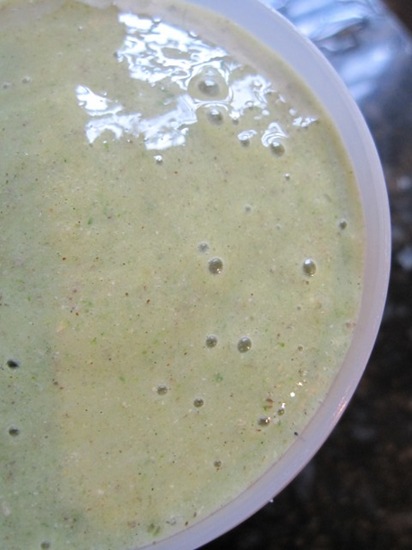 I was perfectly hungry when I arrived home at 8:15. I’d planned a Tofu soup for Matt to make (he’s a great cook, but I like to leave him one-step recipes when he’s all alone so he doesn’t have too much to worry about). It was filling and delish. And SPICY! 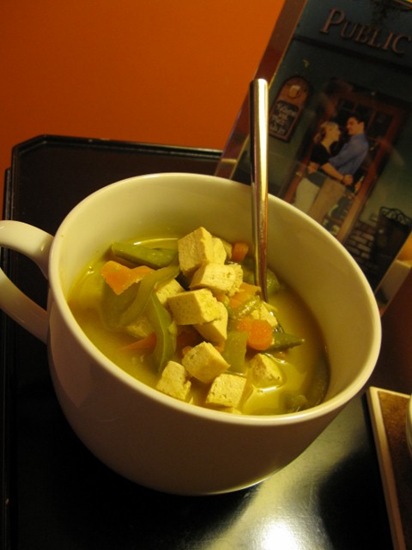 The recipe was from the newest Cooking Light: Fiery Tofu and Coconut Curry Soup. Luckily we’ve had a jar of red curry powder in our fridge for ages, and I got tofu – Nasoya Firm Cubed – to throw in. Some green pepper, carrot, ginger, frozen snap peas (I told him to use whatever we had) and coconut milk later… 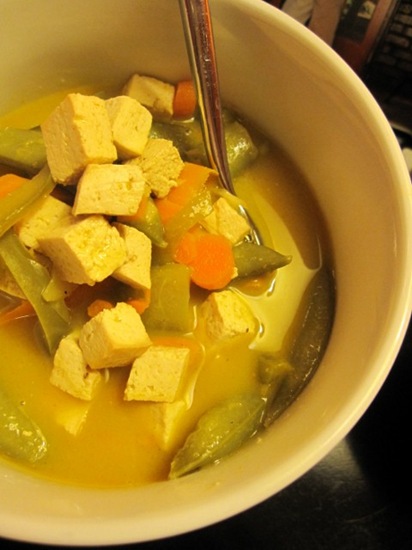 While the soup heated up, I found my hand in the chip bag. Food Should Taste THIS Good all the time! 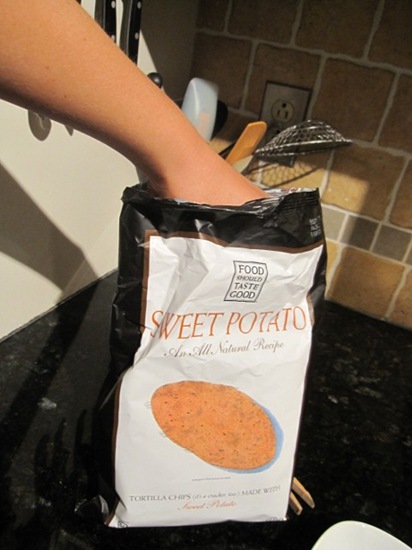 I decided to go with a slice of Flax Oat Bran – cubed for ease of eating – instead of the chips though. It seemed to go better with the soup. 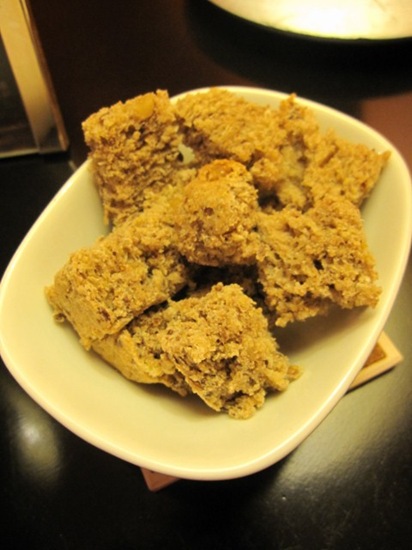 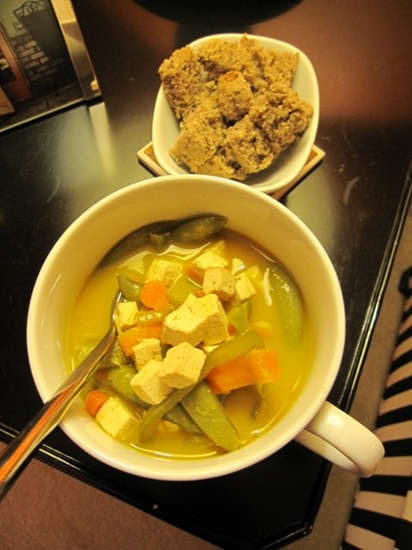 And dined by candlelight – and Gossip Girl!! My episodes are closing in on me. I think I only have 2 discs left!? 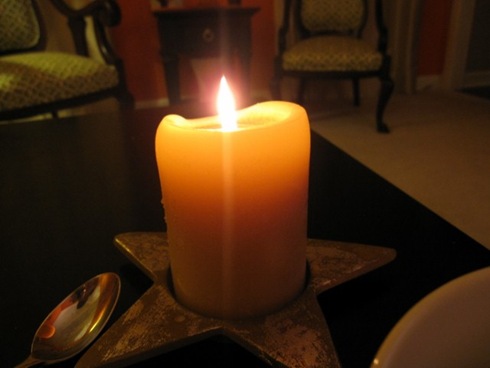 When I came home, I found a bottle of Tusker that Tusker the Kenyan beer bottle elephant got for me!!!! 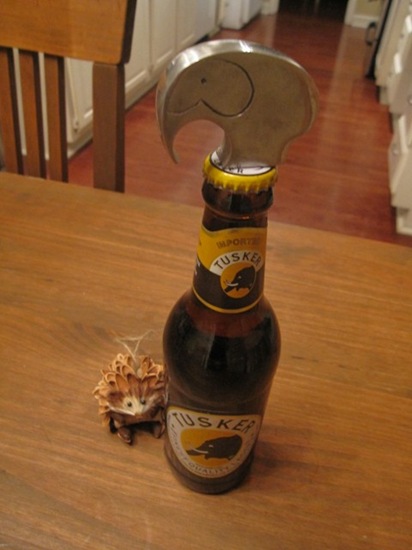 There’s nothin’ like drinking a Tusker in Kenya though 🙂 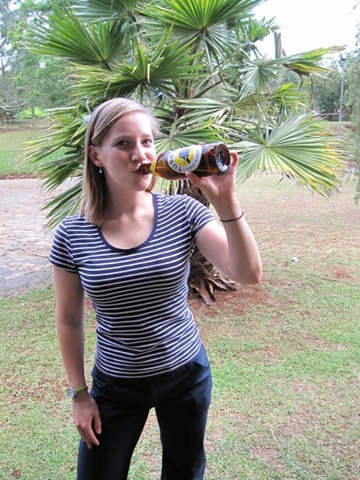