I’m buying my lunch today!! Second-to-last day at the hospital, so I’m treating myself 🙂 Plus, this hospital has pretty good food! Especially the organic cafe downstairs and elaborate salad bar.

In the meantime, here’s a little Beartainment for you.

For those of you who don’t know, The Bears are just an inside joke between Matt and me that has transcended to the internet. I used to hate stuffed bears. I always told my boyfriends (and then Matt) that if they got me one for Valentine’s Day that I would shred it to pieces. Harsh, I know. I don’t really know why I didn’t like them! But alas, my distaste for bears turned into a big piece of my life.

Bocker was the first to the family. I got Bocker as a birthday gift from a friend from the Davidson bookstore. Matt used to make him dance Freshman year of college (and I’m sorry to say Matt also used to strangle him and make him squeal!) Beaker came from Camp Seafarer where we both worked as counselor’s during college. He quickly joined Bocker in his animation.

Churton (the furry one!) was found on Churton Street in Hillsborough on the side of the road. My mom practically forced us to adpot him, but we are glad we did. 3 Bears are better than one.

The Bears appear in funny positions in our house – sometimes hidden in suitcases, sometimes appearing when you turn a corner in the morning.

Here are some old Bear-filled posts:

Here we are in Montana last year! Bocker was a stowaway – 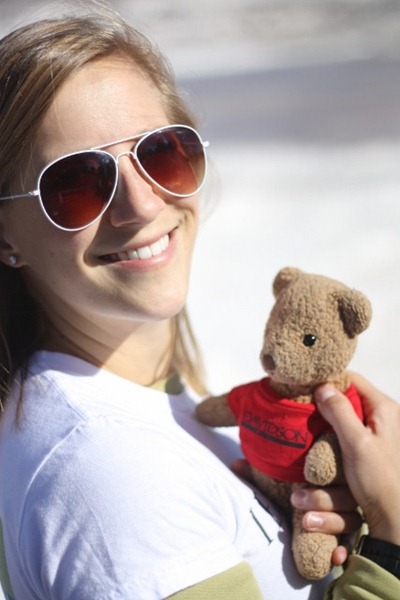 And perhaps the most famous of the original bear posts (while I was in Africa):

Bears Down The Stairs 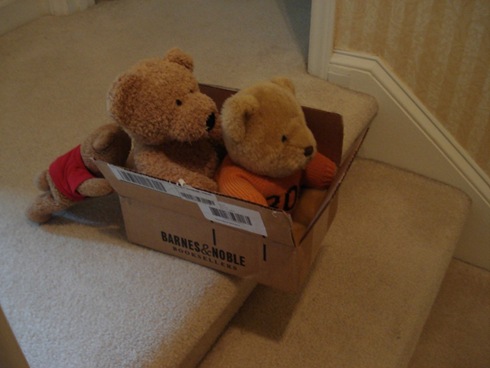 Recently they traveled to their grandmother’s house and she (being a children’s book author) arranged for them to participate in an arts camp this week.

Here is her story.

Kurt Vonnegut wrote: “The primary benefit of practicing any art, whether well or badly, is that it enables one’s soul to grow.”  This is why I have insisted each of the bears study an art this summer. Beaker has enrolled in a poetry class. The young poets were asked to write an acrostic poem reflecting something important in their lives.  Here’s Beaker’s poem, titled “Virginia.” He’s very proud of it and has read it to us pretty much non-stop since he finished it. 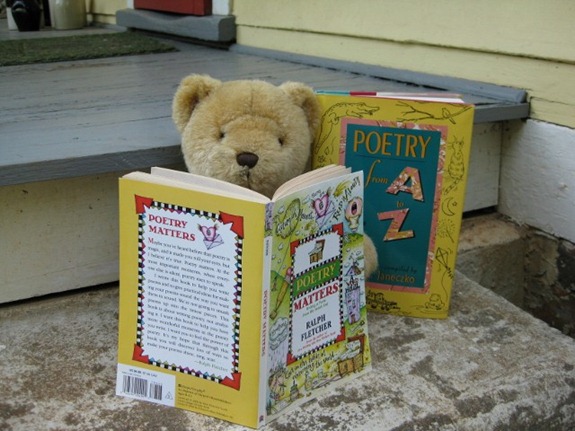 R Richmond is the capital.

G Guess who is moving there!

I I am moving there!

I I am going with my brothers

A And my mom and dad. 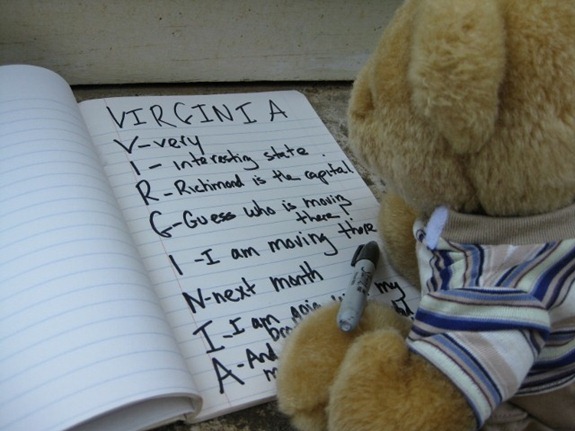 Bocker tends to be so quiet, at least when he’s around me, that I was surprised and pleased when he chose drama camp for his summer arts experience.  Just yesterday, the families were invited to see a series of short soliloquies put on by the students.

Here is Bocker in a hero’s role:  The boy who saved Holland by putting his finger in the dike. 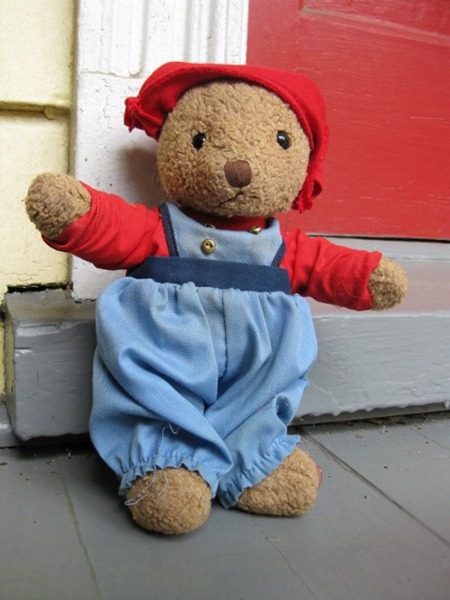 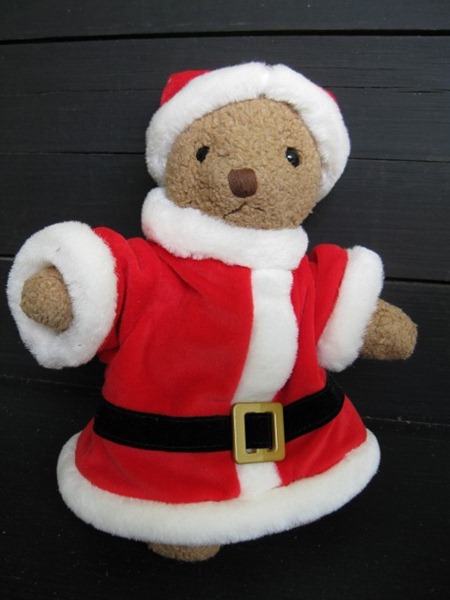 And here is one of the great tragic figures of the theater, Willy Loman, in Arthur Miller’s Death of a Salesman. 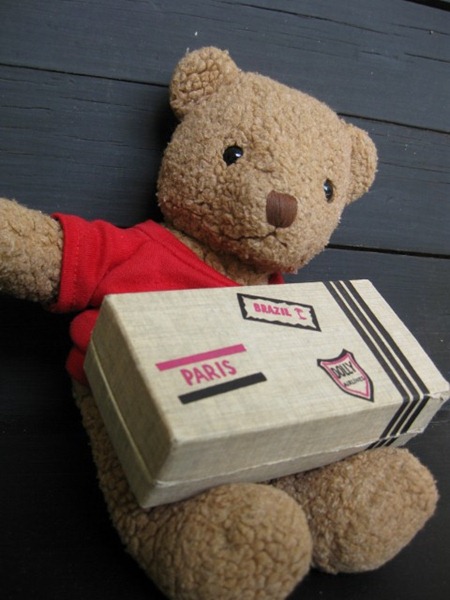 And for his finale, Bocker came on stage and did a rousing bit of slapstick:  He’s Shirley Temple and he brought down the house singing, “Animal Crackers in My Soup.” 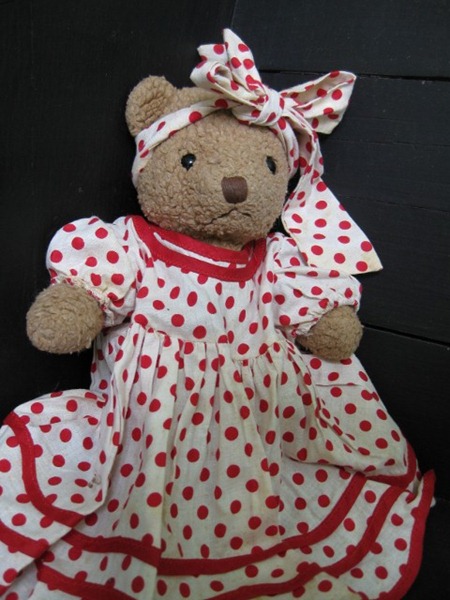 We were all so proud and his brothers had their paws together the entire time, clapping and clapping.  Bravo, bravo to Bocker, Smashing Star of the Summer Stage! 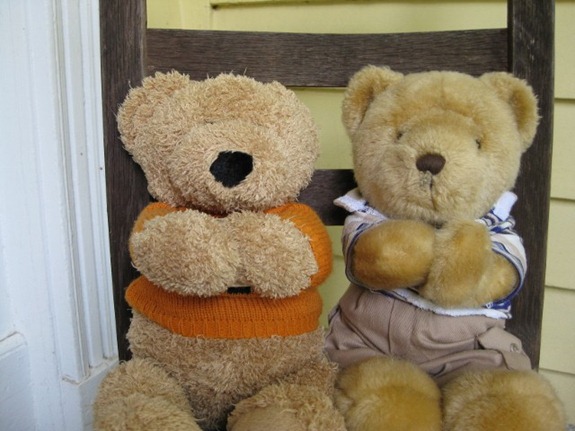 Happy Trails To You, Until We Meet Again!