You are here: Home / Lifestyle / Won’t You Be My Neighbor

Guess what the cure for the glooms was? A nice walk. Should have seen that coming 2 miles away! After working on my computer some this afternoon (BERF posts written for most of the week and the 2011 Highlights post all up to date!), Matt and I went out for a walk and then to our neighborhood association picnic! 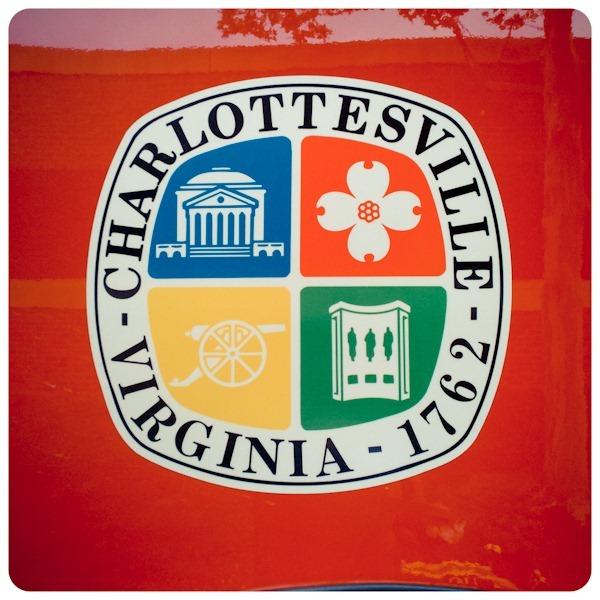 Since we’re new to the neighborhood, this was our first one. There were lots of people there! This one was sponsored by the city as they discussed plans for the old hospital in town. We missed the forum part (which started at 3pm) but made it for the social hour and joined the association. 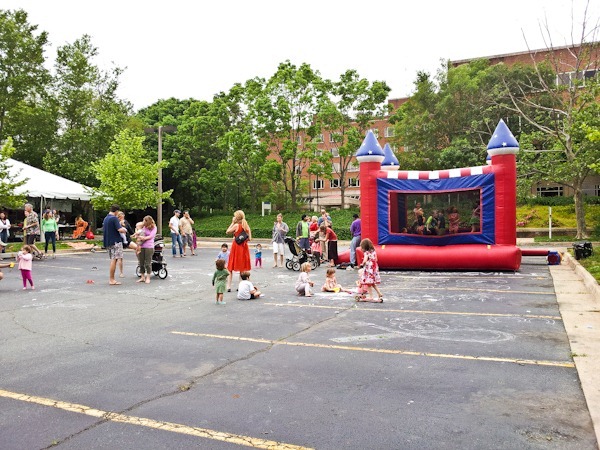 There was pizza provided but also a GLORIOUS potluck! I love potlucks so much!!!!! 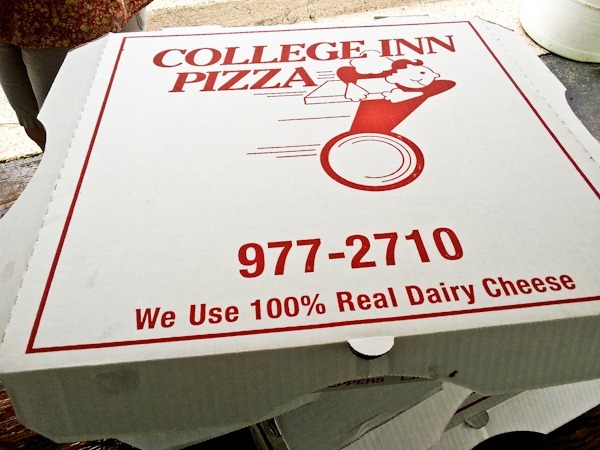 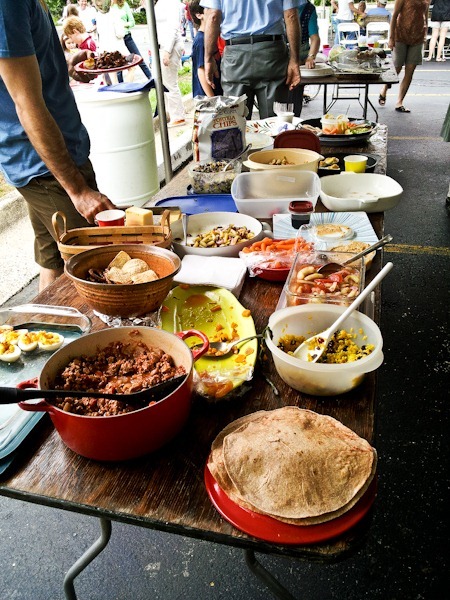 Especially because of the dessssssserts! 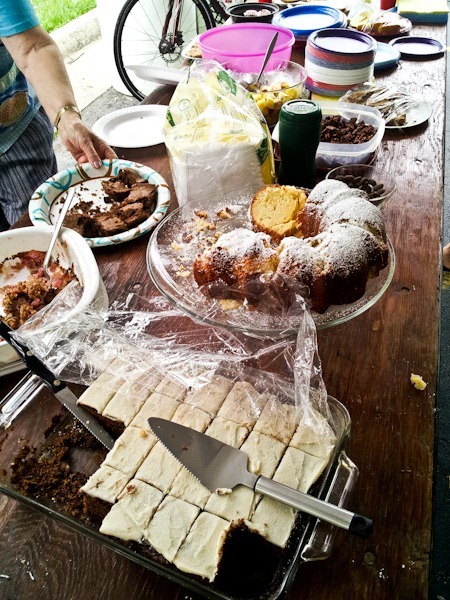 We brought a handful of bakery treats and a green salad 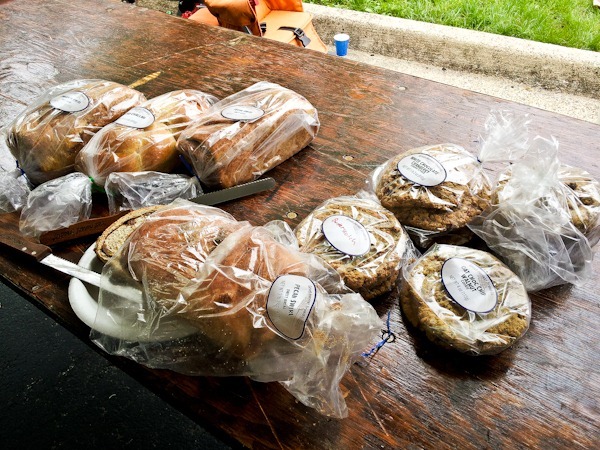 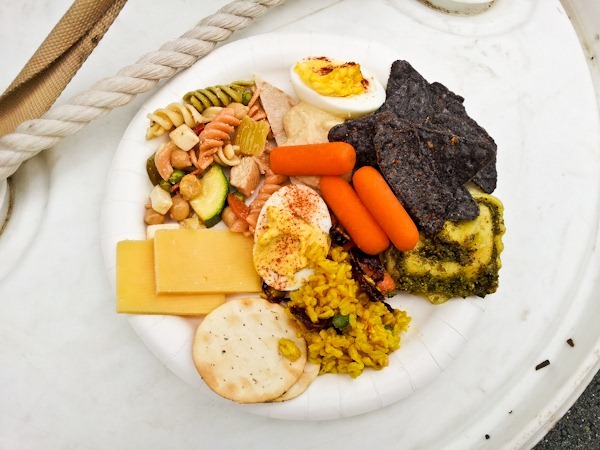 Many of the desserts were nearly gone by the time that I got to eating them, but the watermelon and mini cupcake were both fabulous 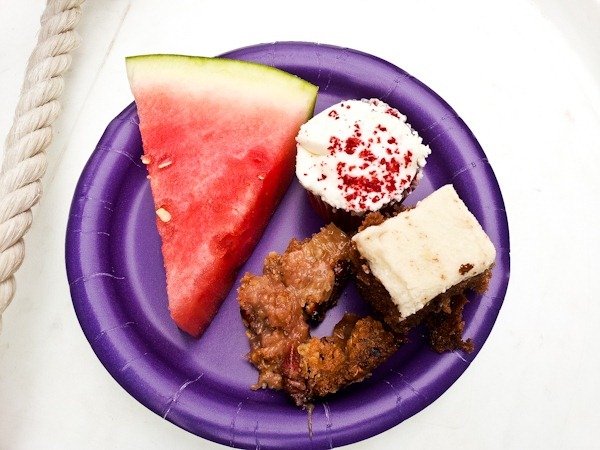 The baby wanted to go in the jumpy bouncer, but I told him he was too young.

Kanz told him about firetrucks instead. 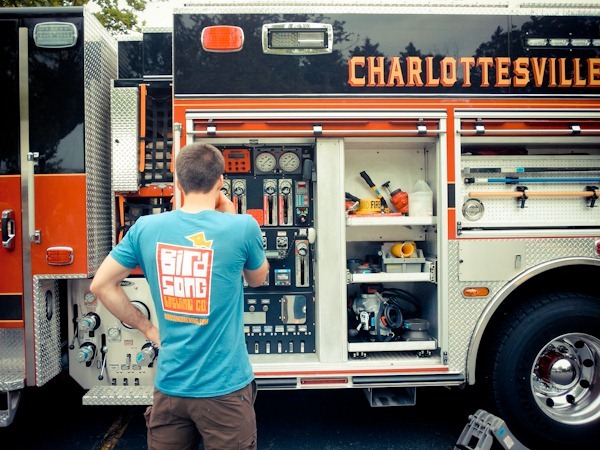 We headed back home where our favorite neighbor was waiting to play! 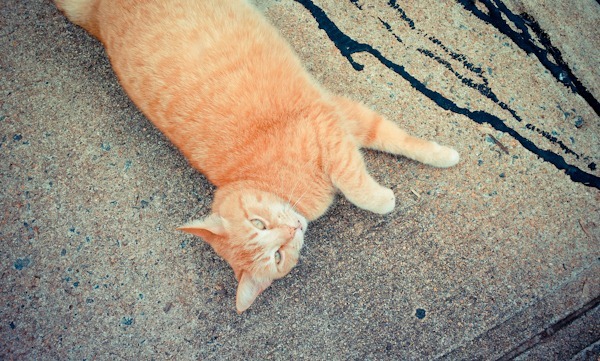