You are here: Home / Lifestyle / Wine Tastes Great In A Paper Bag

Gosh, that seems to be the theme of the day!!! 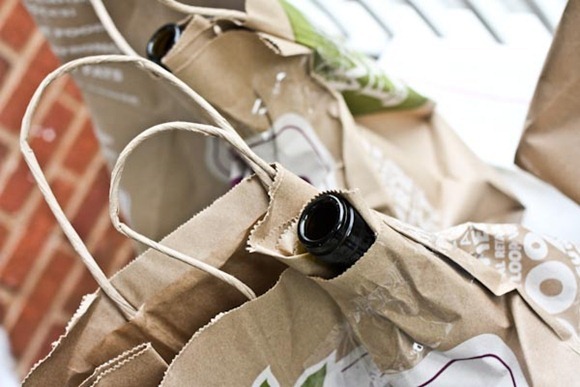 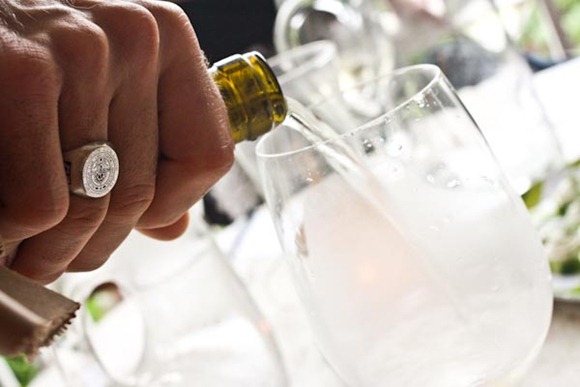 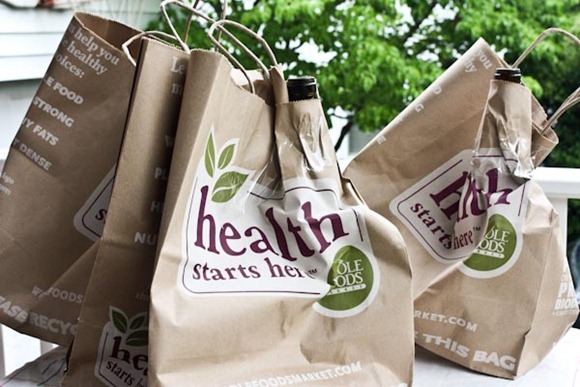 Tonight we had a few friends over for a blind tasting of Jefferson’s Viognier – 2008, 2009, 2010 – as part of my wine club writing for the winery. We had friends over who LOVE wine and could articulate their emotions on the flavors – to make my job easier! 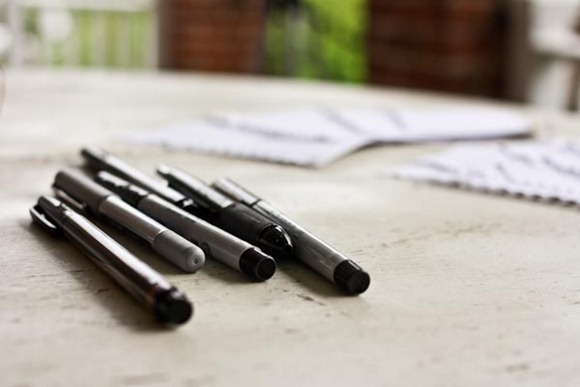 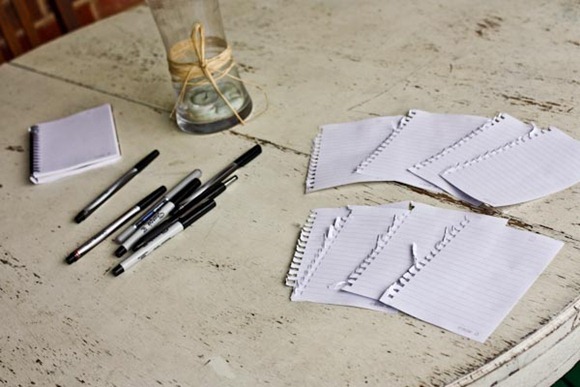 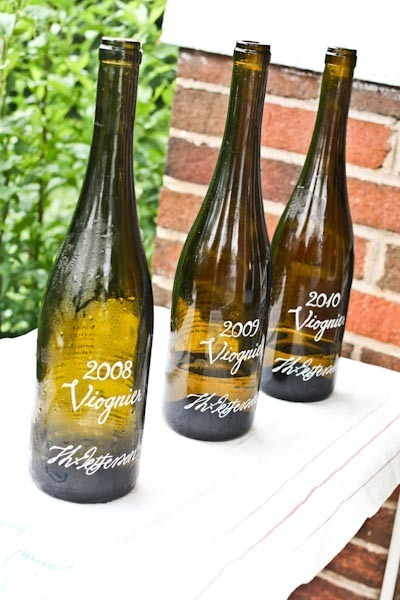 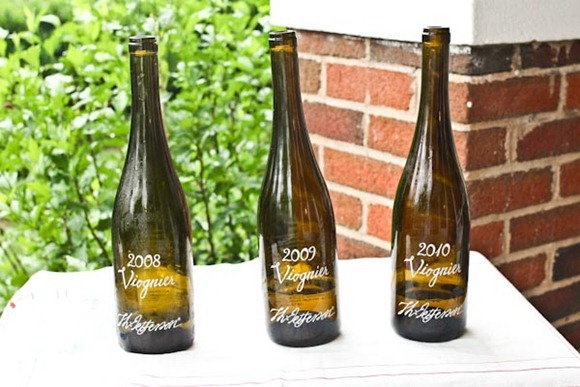 All three Viogniers were incredible – one of my favorite grapes!!! I was so wrong guessing the years though.

2010 was medium bodied, fruity like a golden delicious apple with the perfect balance of sweetness and complexity, with a nose like a Sauvignon Blanc

2009 was lemony sweet with a touch of honeysuckle, a bit hot with lots of sweetness.

2008 was spicier, thinner, more alcoholic with a quick, drier finish, more like a chardonnay

So much fun!! I highly recommend blind tastings for awesome entertainment! 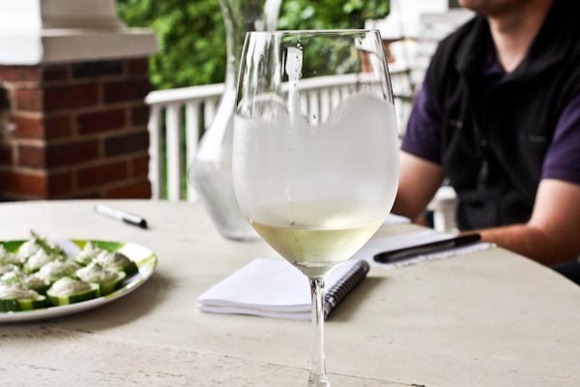 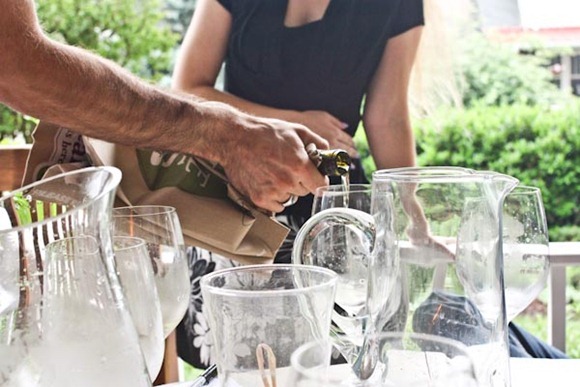 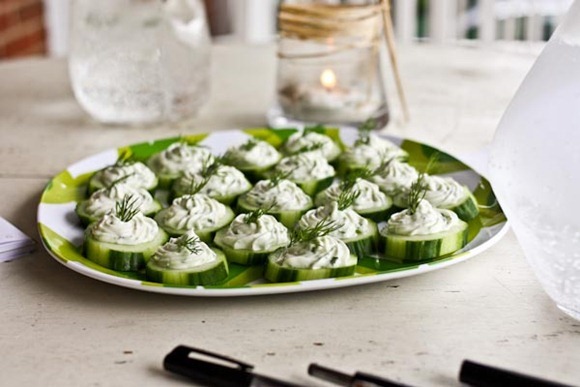 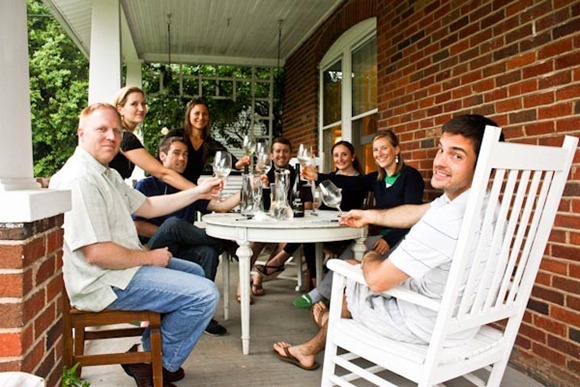 For dinner we had pizza – three pizzas made by Matt the expert pizza maker! He made his famous half GH flour half white rosemary crust and topped them with a medley of pesto, grilled veggies and jack cheese. Thanks to Matt for cooking while we sipped wine! 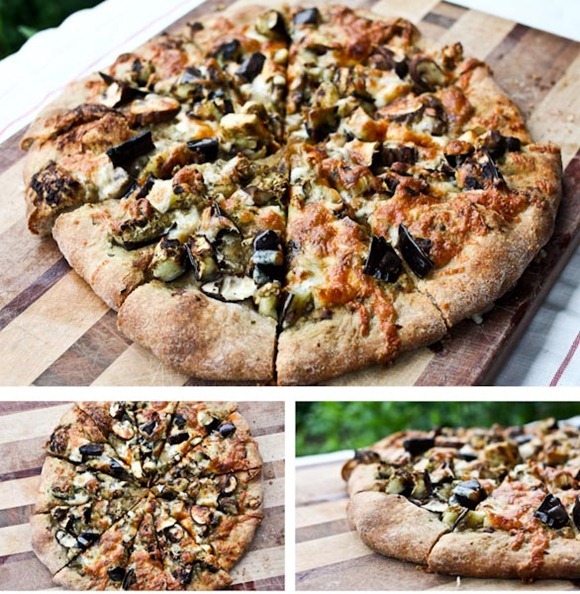 The pizzas came out of the oven one after another – 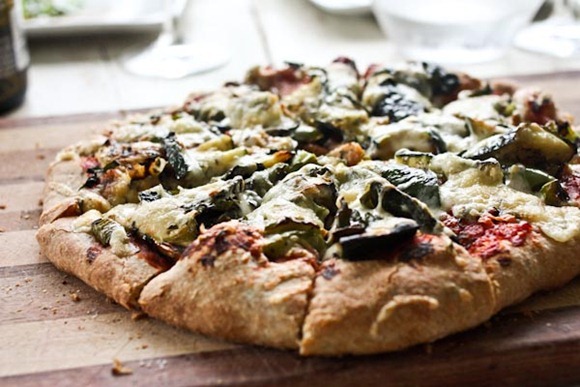 And disappeared just as quickly! 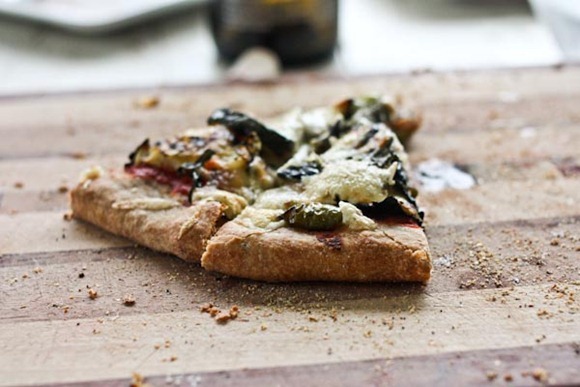 Per usual, the crust was amazing!! 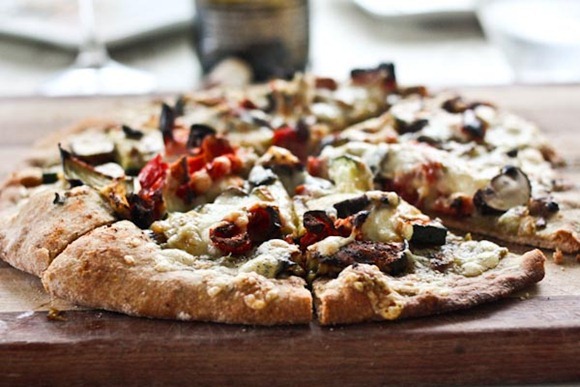 On the side, I made a big salad – lots of greens with garden strawberries, slivered almonds and a light balsamic, olive oil, honey, lavender salt dressing 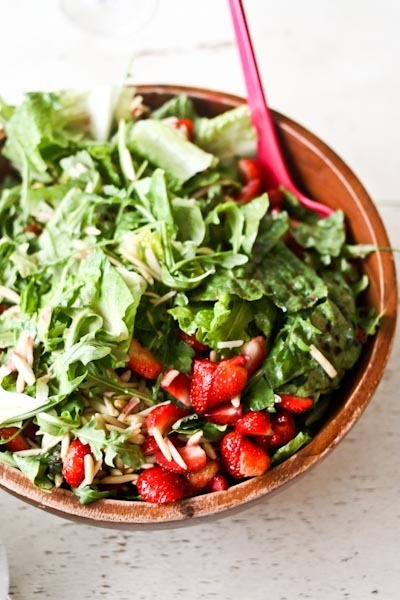 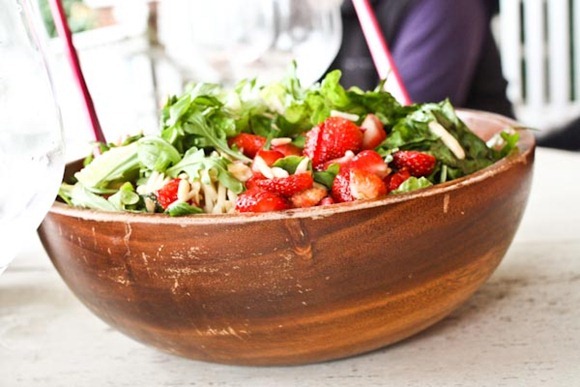 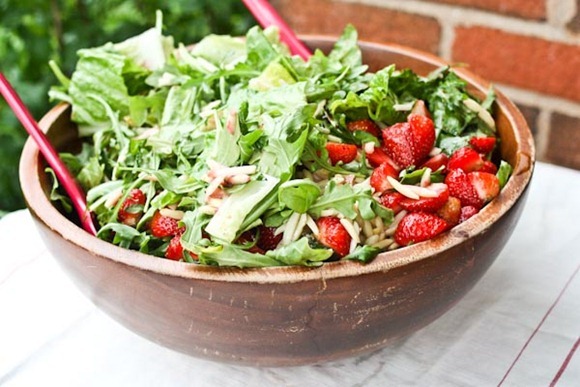 Our new friends Sam + Francesca came over to join us tonight. Sam is Matt’s friend from Charlottesville when he lived here at age 2 (aka “Scham”) and Karen is still very good friends with Sam’s parents (we went to their Christmas party, which was a blast!) Sam + Francesca have become fast friends, although they live in Newport, RI where Sam is in the Navy.

I showed him my grandfather’s navy correspondence for kicks – dated May 12, 1945! 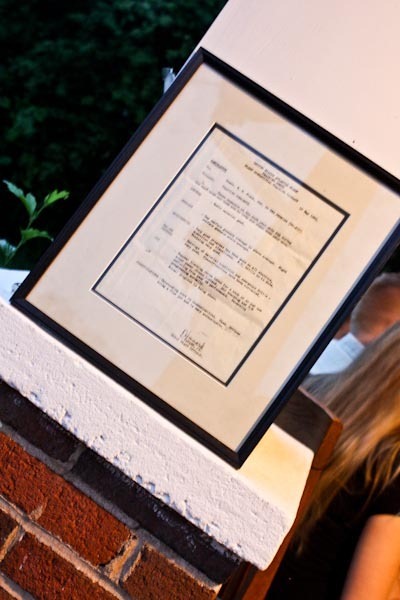 Pop was the “enthusiastic communications officer,” and if you knew him, you’re probably smiling right now : ) 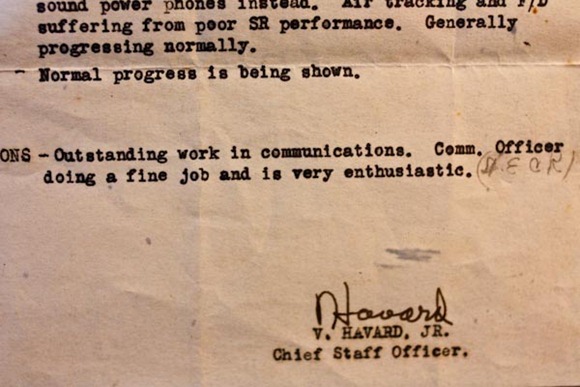 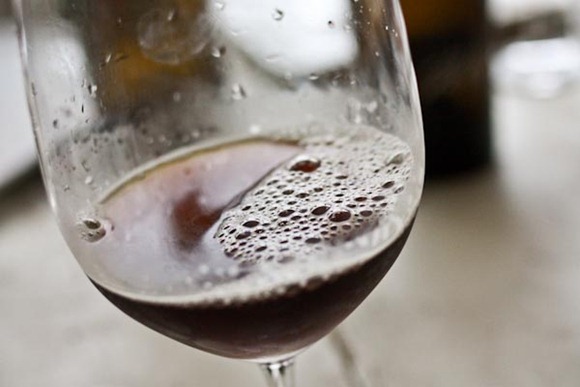 And then dug into Francesca’s Tiramisu for dessert! She is from Sicily, and boy was this authentic tiramisu!! Best I’ve ever had! I enjoyed hearing more about Sicilian ways of cooking. 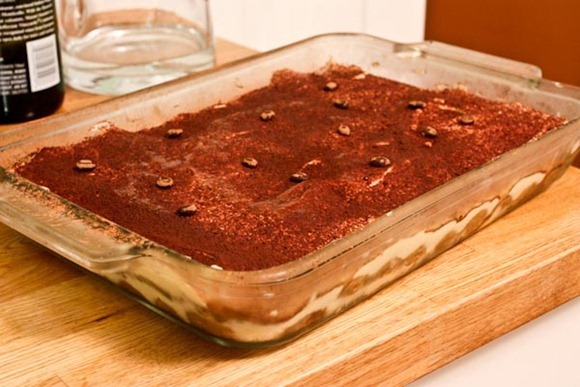 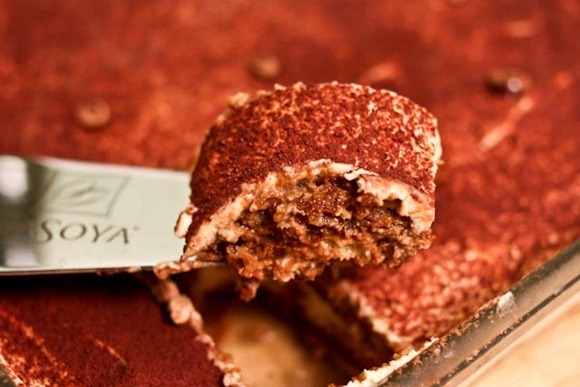 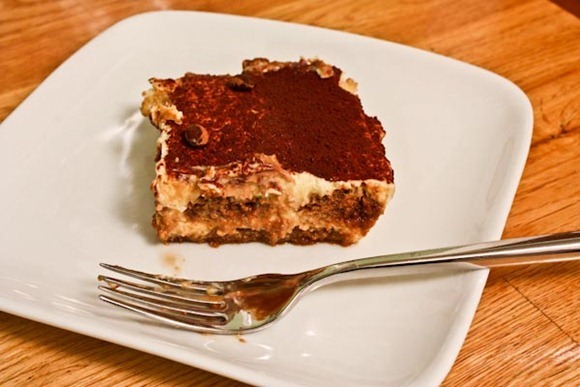 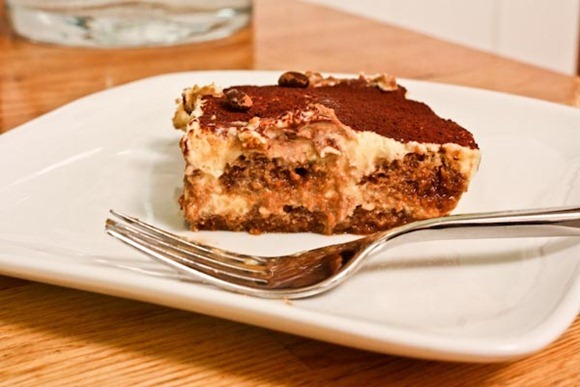 There is more to have for breakfast!!

I’m going to bed now so breakfast will come fast!