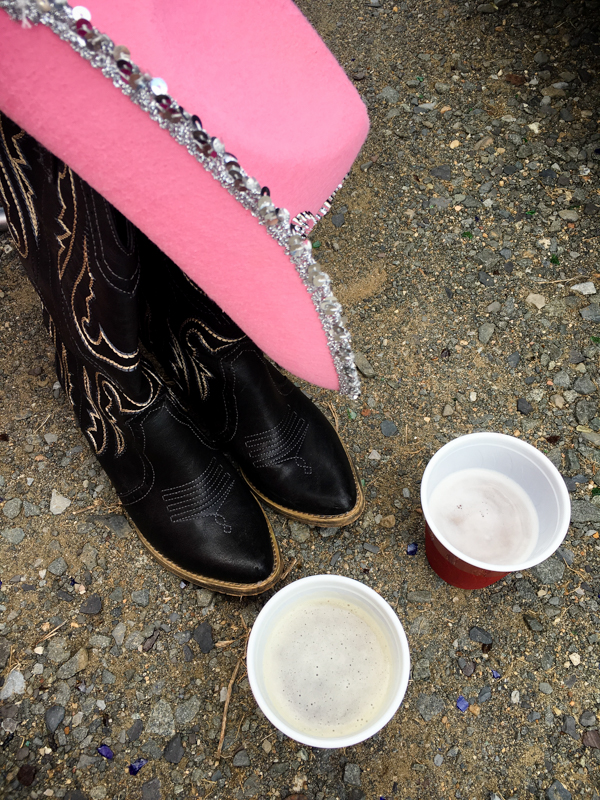 We’ve just wrapped up a super fun summer weekend! I love it when we have something fun to look forward to on all three weekend days, like we did this past one.

On Friday night I went to Fitness Friday Happy Hour (aka FFHH) at ACAC for a killer hill workout. We jogged over to the IX project and then ran hill sprints for 45 minutes. Everyone was dying by the end. 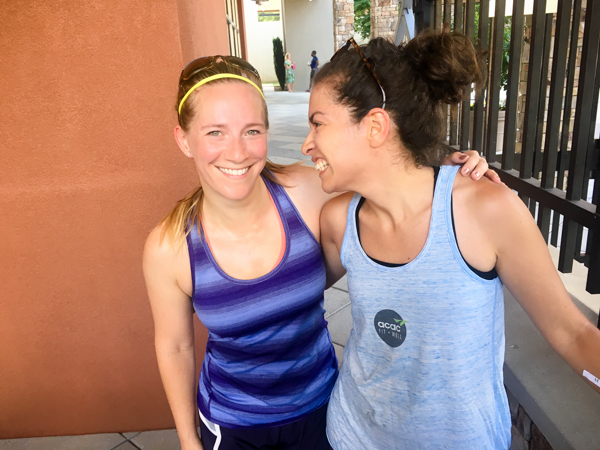 The most difficult FFHH to date! 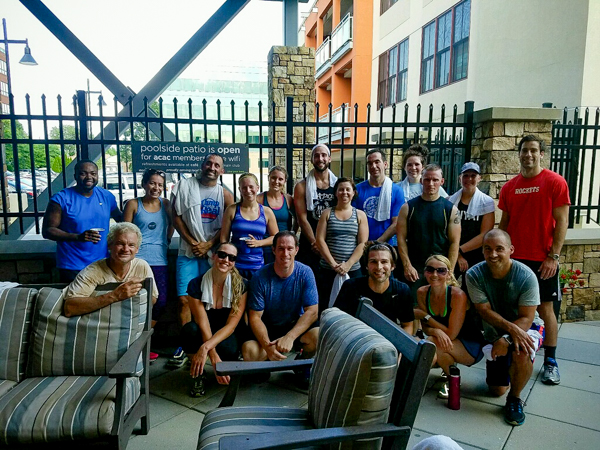 I ate fish tacos for dinner later that night, which I had prepped that afternoon. They contained red cabbage from a friend’s garden, plus cod, avocado, hot sauce, and Greek yogurt. 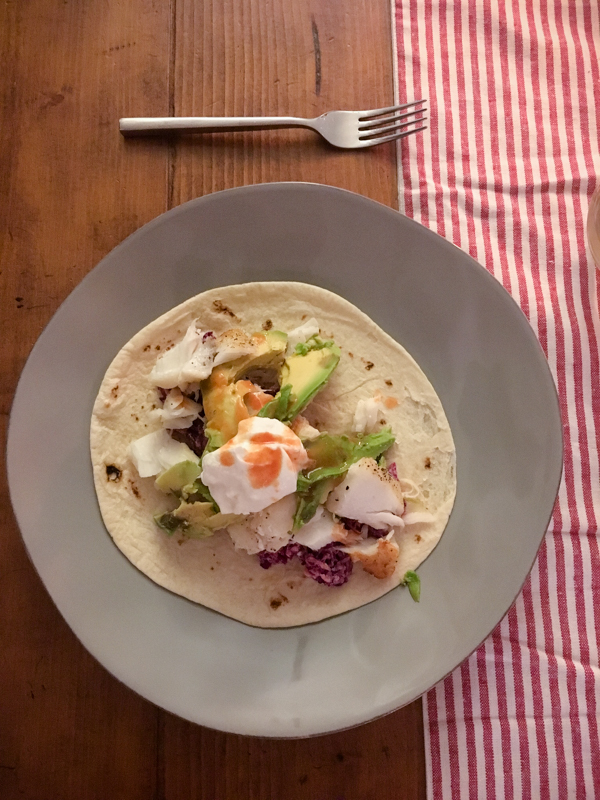 My Saturday morning breakfast was toast, eggs, and fruit. Then Mazen and I headed to the Monticello Trail for a nice little hike! 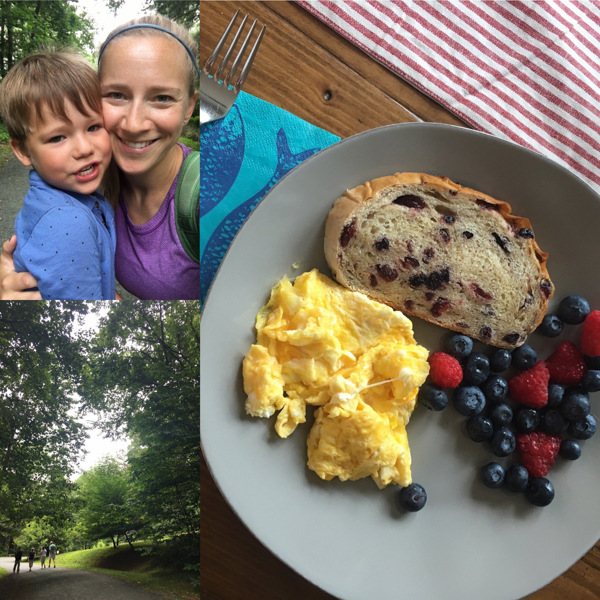 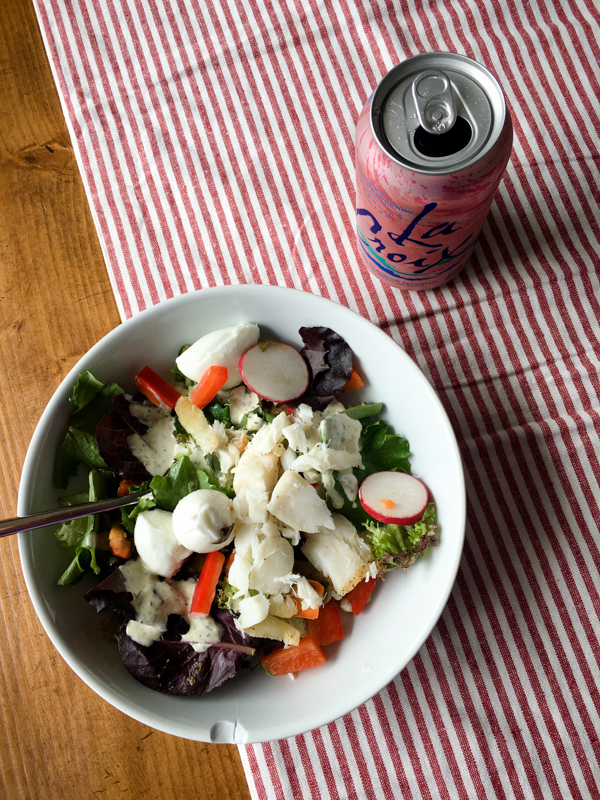 On Saturday afternoon I took Mazen over to his friend Lucas’s house for a sleepover!! They had a campout in a tent set up in the basement and had a blast playing with flashlights! (Note the matching jammies!!) 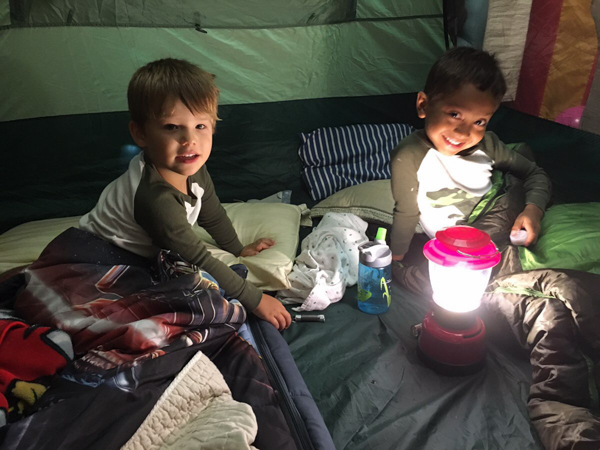 Meanwhile, I got glammed up for the Dixie Chicks concert!!! I took Lauren with me for three reasons: 1) because she’s such a great friend 2) because she just celebrated her birthday and 3) because she loves the Chicks too! We had such a blast! 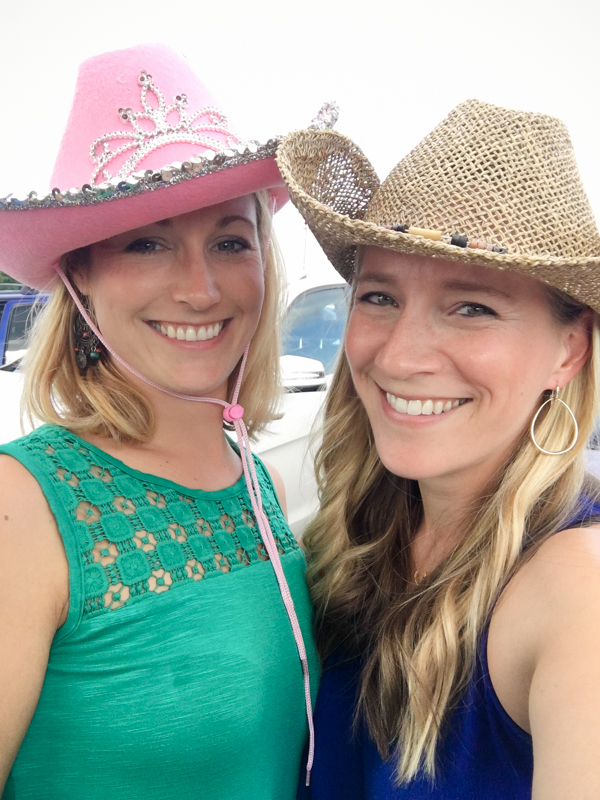 The concert was up in Bristow, Virginia (about 1:45 drive from home). We packed a picnic tailgate, and had our dinner there when we arrived. 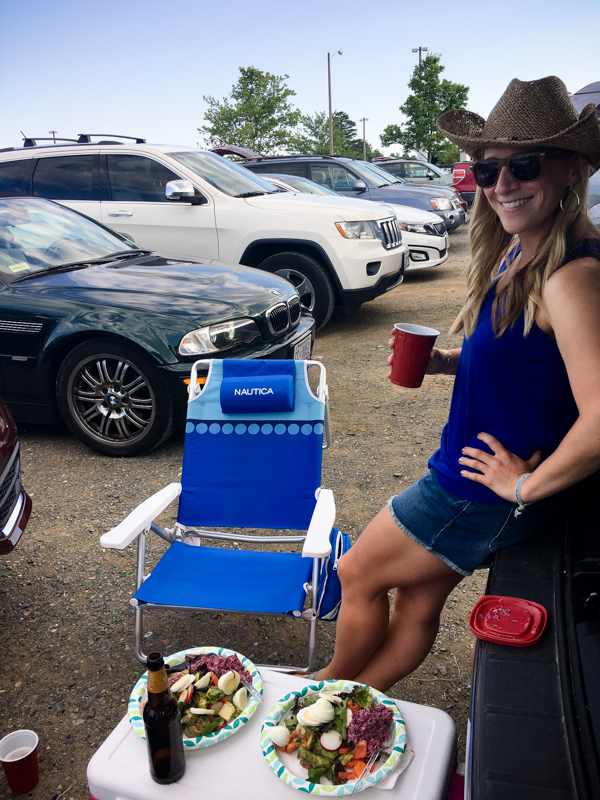 I think this was probably the healthiest tailgate around, and we were not too happy about that! We had total food envy and wished we had packed chips, cheese, and fried chicken instead of hard-boiled egg salads with cabbage slaw! 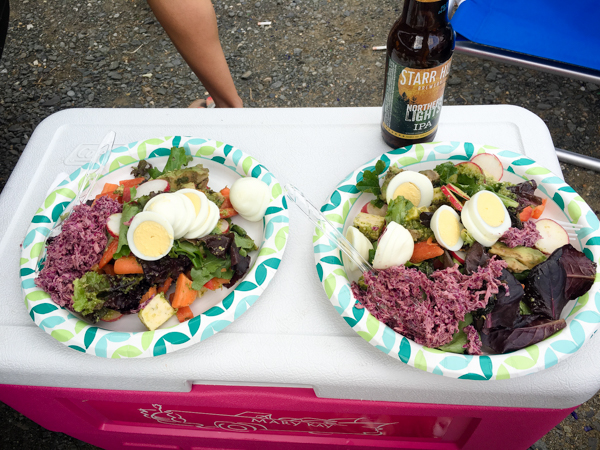 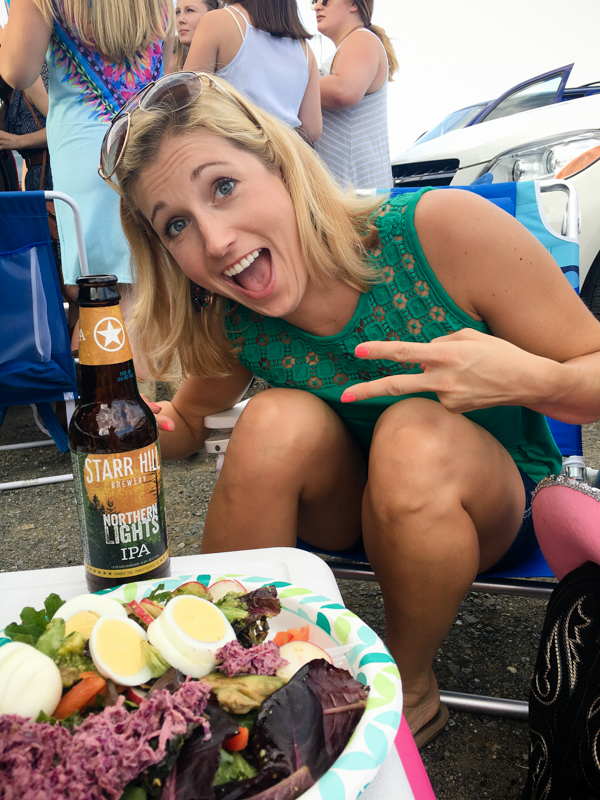 We snacked on some popcorn and watermelon later on in the evening. 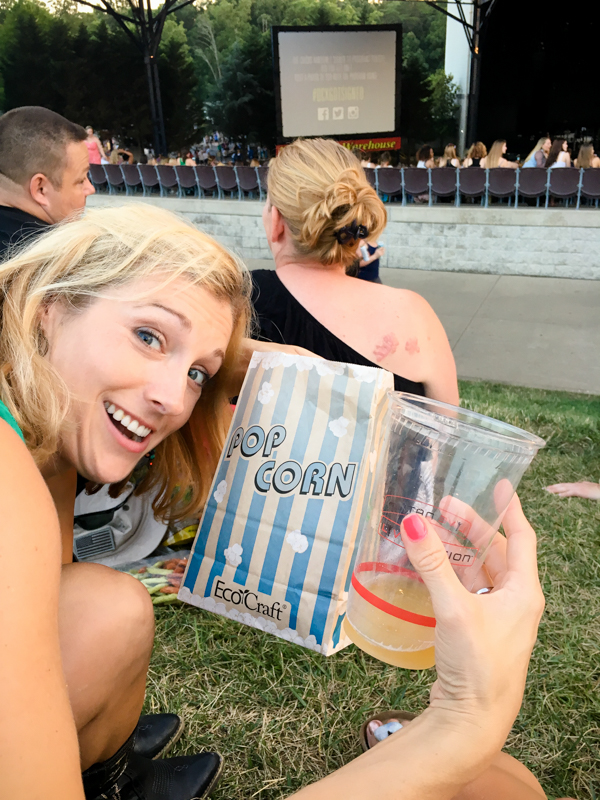 The weather was PERFECT for an outdoor concert! 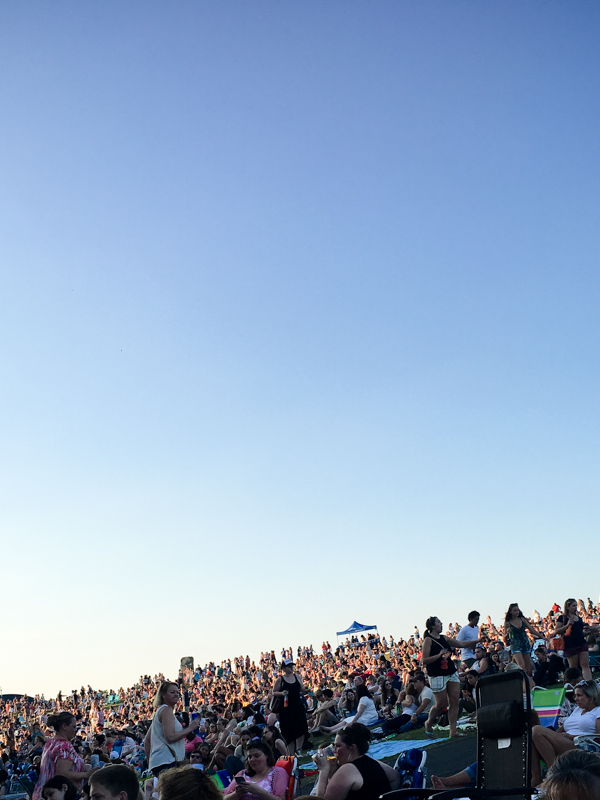 As for the Dixie Chicks, I am a huuuuuge fan. I consider them my favorite band of all time. Wide Open Spaces and Fly were life-changing albums for me. Based on the conversations we had with some of the fans around us, a lot of us were at the concert to reminisce our high school or college years. This was a reunion show, so I expected they would play all their greatest hits with a few of their lesser-known songs thrown in the mix. However, I have to say I was quite disappointed in the song list. The only played four songs (I think) from their first two albums: “Goodbye Earl”, “Cowboy Take Me Away”, “Some Days You Gotta Dance”, and “Wide Open Spaces”. 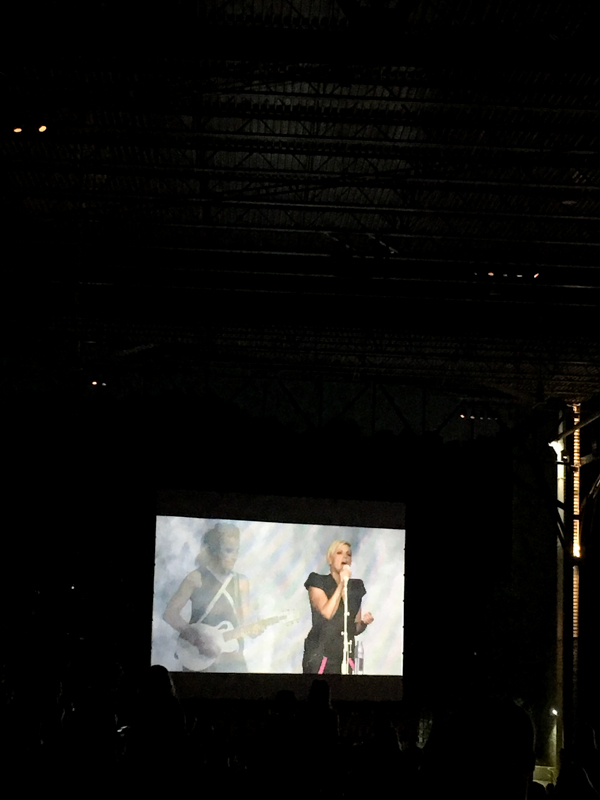 While I was happy to hear some of their newer hits too (like “Landslide” and “Easy Silence”) I just felt they put too much emphasis on their newer music. Had they been promoting an album I would have understood, but as a reunion tour – play what the people want to hear!! You could tell from the crowd’s cheers and energy that the classics were why so many of us came. Alas, I will always love the Chicks, and they are still as talented as ever! The show was great, but it just wasn’t as good as the show they put on during my senior year of high school : ) 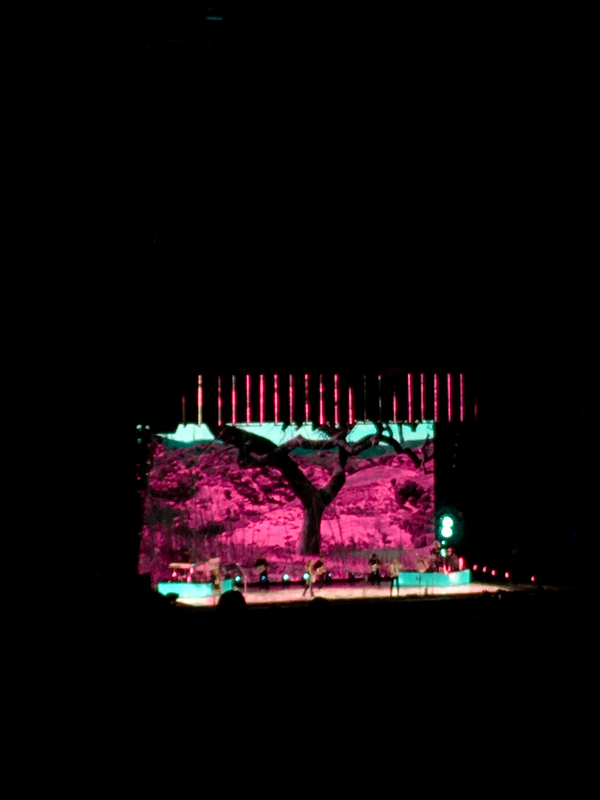 We got home at 1:00 am and I literally could not stand up for another minute, I was so tired!!

On Sunday morning I had this parfait of yogurt, berries, and Golden Grahams. 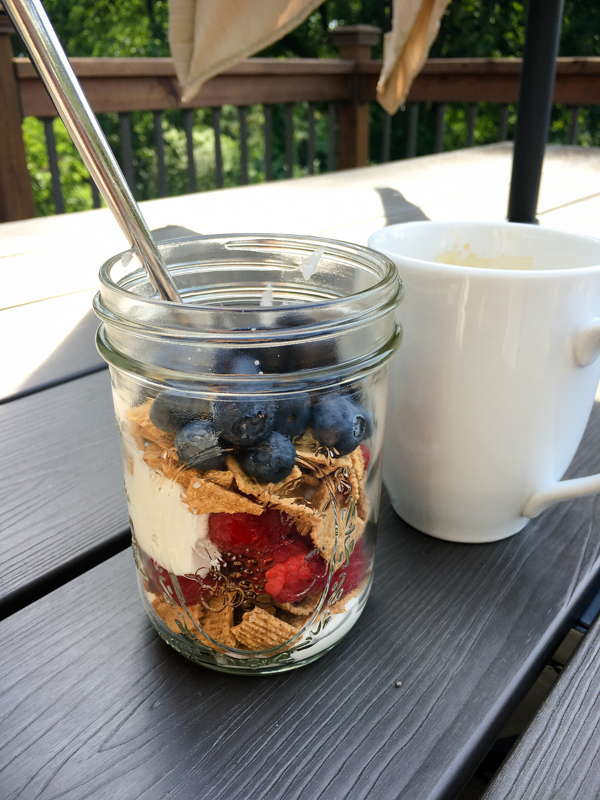 Mazen and I spent a few hours at the pool! We had perfect pool weather, and he is just so fun in the water now. We played sharks, pirates, boats, and more. 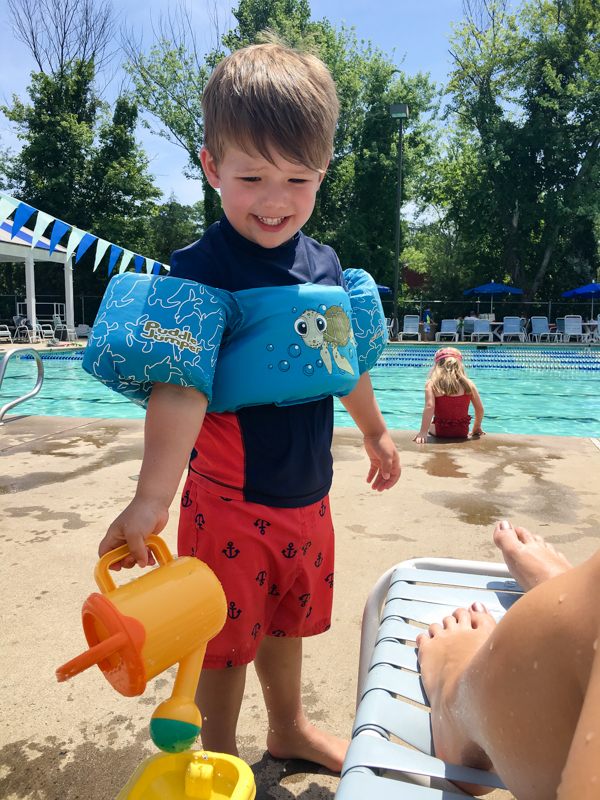 Bodos for lunch! I had smoked salmon, cream cheese, sprouts, and cucumbers, and we shared an ice cream sandwich for dessert! 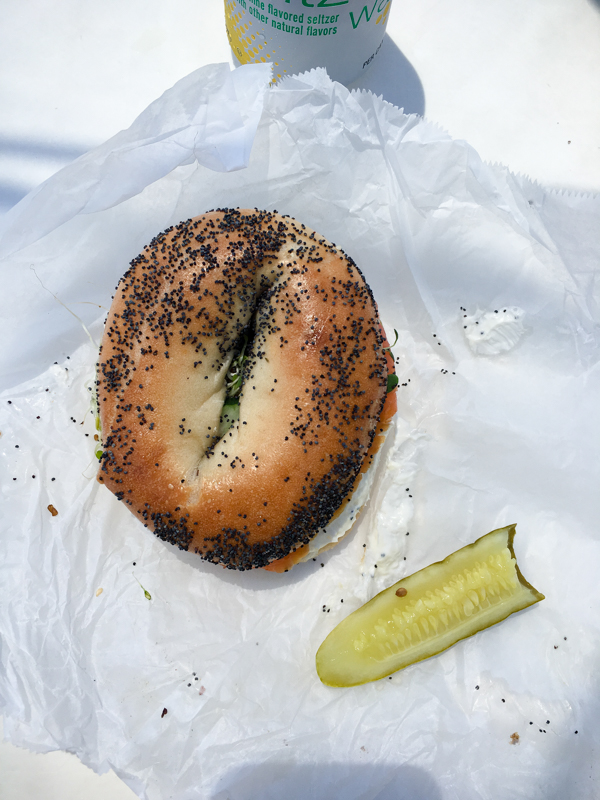