You are here: Home / Weekend / When In Doubt, Add Cinnamon

I brought my leftovers from the 4-B’s dinner for lunch today and nuked them hot before I left. They were still quite warm 45 minutes later when I got set up on campus. When we had this for dinner we topped the mixture with a mustard sauce, but I left my lunch portion plain so I could add whatever dressing I was craving at the time. I was puzzled at what to add (and almost just ate it plain) when I thought of cinnamon. I think cinnamon tastes good on everything (the husband violently disagrees). I also squirted on a 1 tsp or so of honey. It was just slightly sweet peeking through the savory! 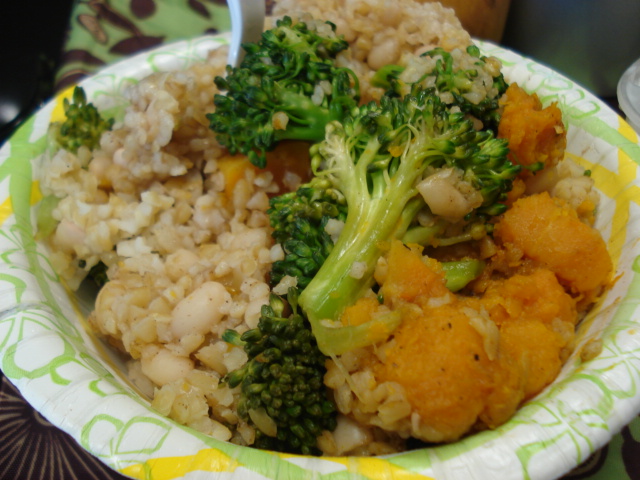 Also had TJ’s greek yogurt with jam and almonds (LOVE the almonds in greek yogurt! They are so chewy – just how I like it) 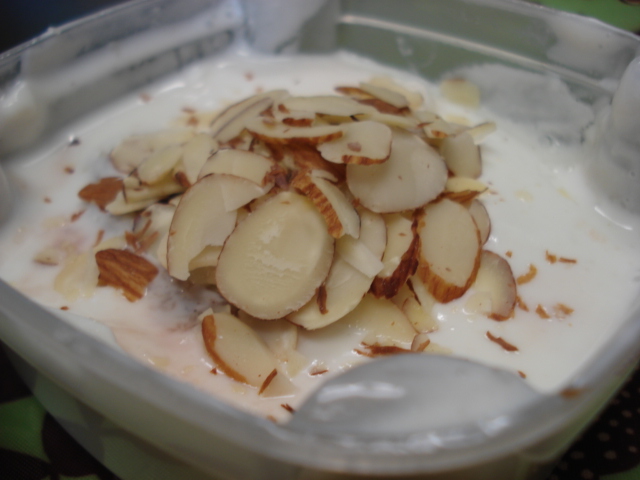 And a big pear. Although I blogged the other day about switching to liking fruit whole vs. sliced, this pear was gone in 2 minutes because it was hard to eat and I gobbled it down. I would have enjoyed it more if I had pre-chopped it and eaten it with a fork. Guess I can’t treat all fruits the same! 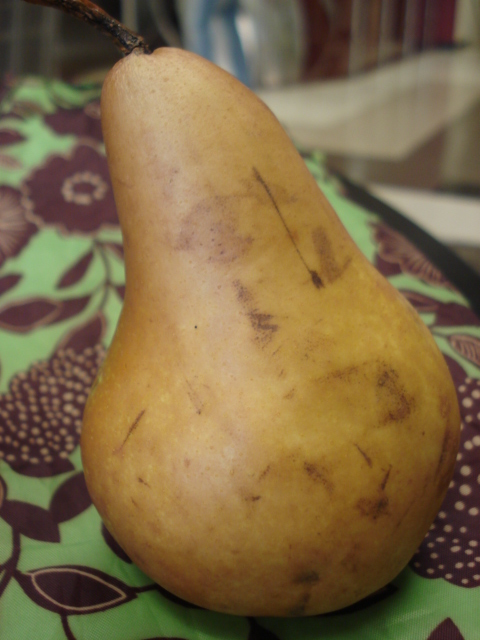 Only three components today, but I still manged to hit all the food groups – 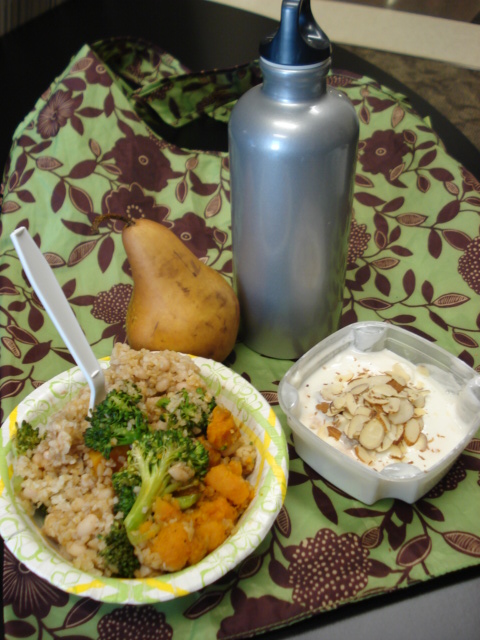 Off to class. I’m totally NOT prepared for my stats test, but I only need a 70 in this class to prove I took and I’m confident enough I can get at least a 70 on the test. The practice test was really hard, so hopefully he’ll surprise us with an easier test and I’ll do well 🙂